My initial destination last Sunday was the Legion of Honor, which is a good subject, but the light didn’t cooperate. It was overcast and the flat light didn’t make for a good architectural photo. At one point, the sun kind of broke through, which produced dappled lighting—more interesting than the flat, dull light from an overcast sky, but not what I wanted at sunrise. Here’s what it looked like:

So, being in San Francisco already, I drove around looking for other subjects. I was right at the edge of the Presidio, so I drove down toward Fort Point and the Golden Gate Bridge. Unbeknownst to me, that day there was a coincidence of high astronomical tides and a strong northwest swell, producing large waves. I parked near Fort Point and photographed the waves crashing against the retaining wall—being careful to not get my camera or me wet.

This first one has a smaller wave and splash, but you can see both towers of the bridge clearly.

This one has a bigger splash, but the far tower is mostly obscured. 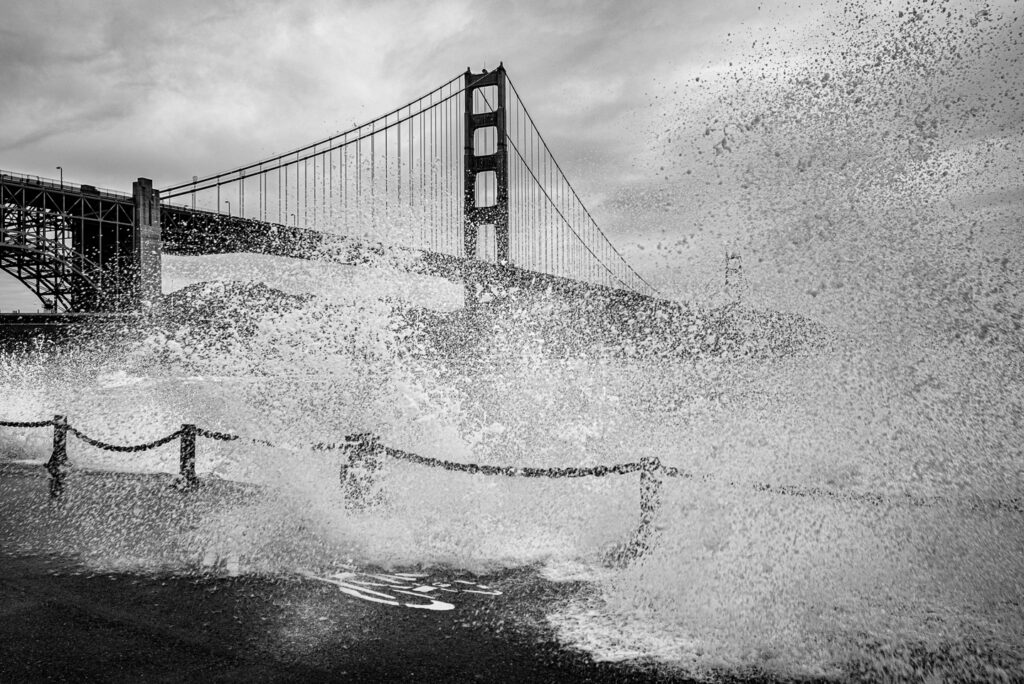 Between the two, I prefer the first one.

This excursion proved, once again, that you never know what you’ll come across when you go out shooting. Sometimes nothing, sometimes a pleasant surprise.