Another Day at the Races

I went back to Golden Gate Fields for the fourth time on my project to capture the range of people who go to the horseraces on Dollar Days. My goal this week was to shoot environmental portraits that showed people and the track instead of posing individuals against a plain background.

We again had great success asking people to pose. Only one couple all day said no. Here are five from the day.

I had an absolute prohibition on shooting in direct light, but to capture people and the track, without the huge difference in brightness between shadow and sunlight, I sometimes had to put people in the light. This one turned out OK because this couple’s faces, especially hers, don’t have unflattering shadows. 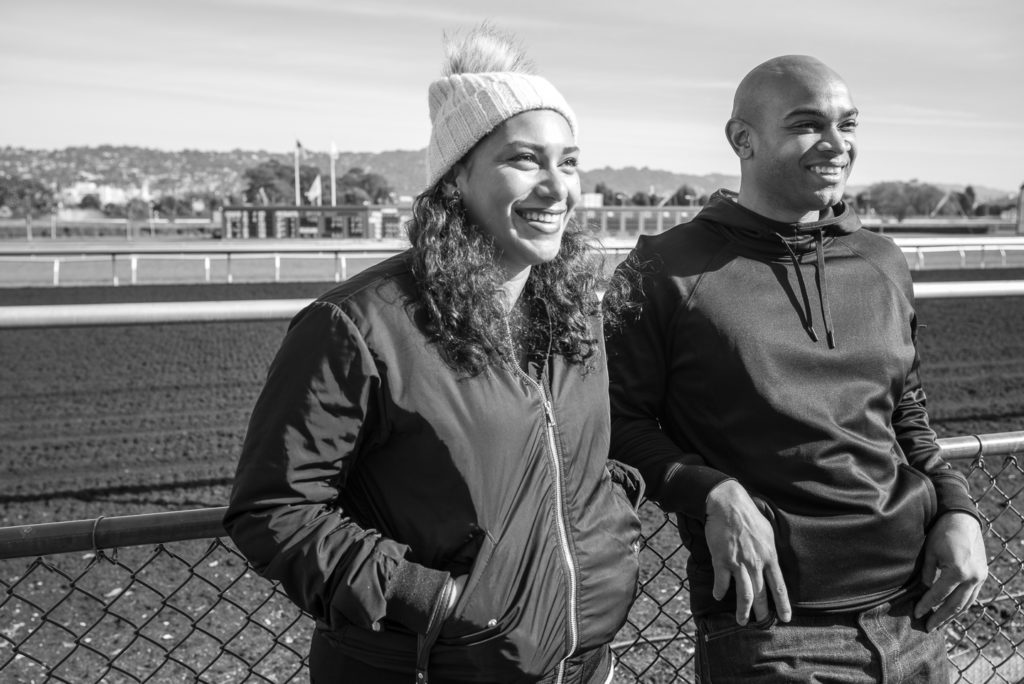 He was willing to let us take his photo but didn’t want to sign the release. I asked him again after we were done shooting, and he kind of signed it. 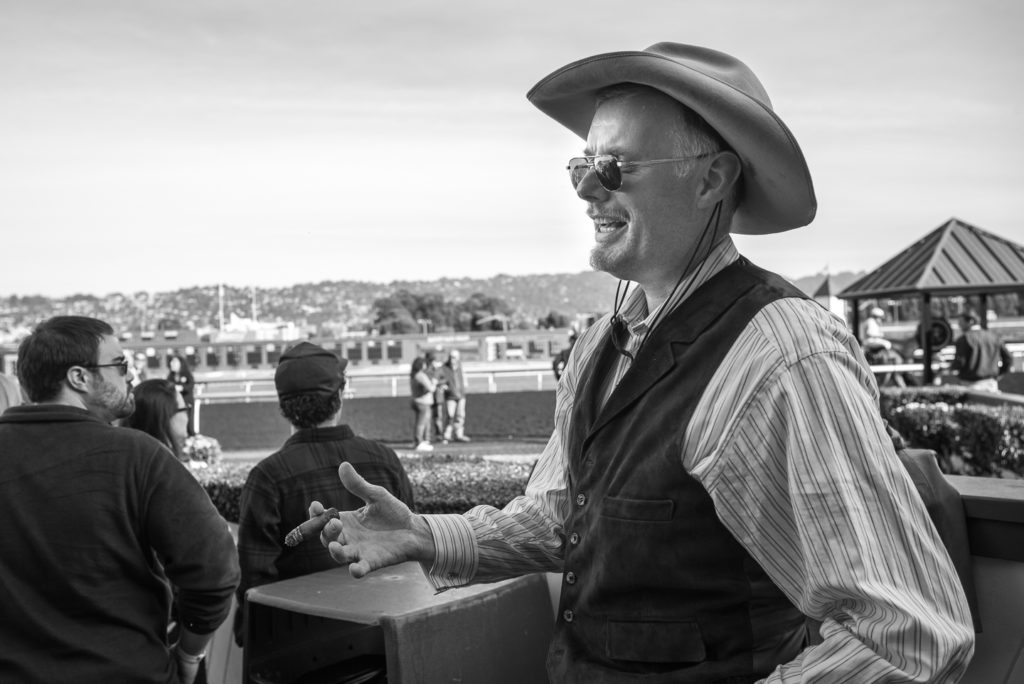 They were dressed up for their first visit to the track and happy to have us take their photo. I posed them at the paddock to include that part of the track. 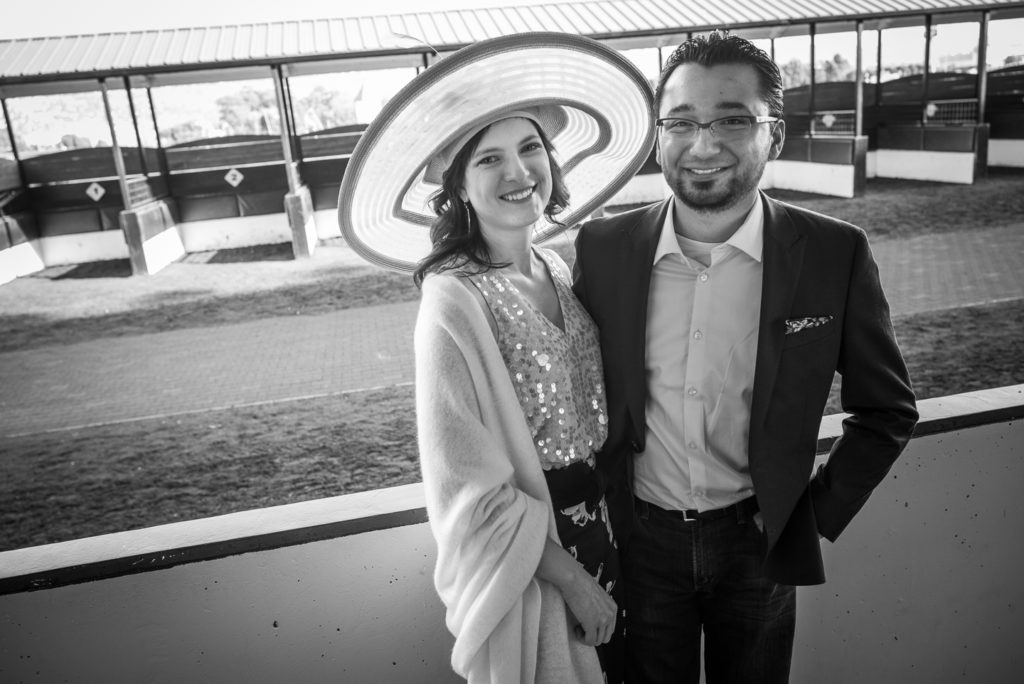 My only regret here is that I didn’t include her great cowboy boots, which I didn’t notice till they were walking away. 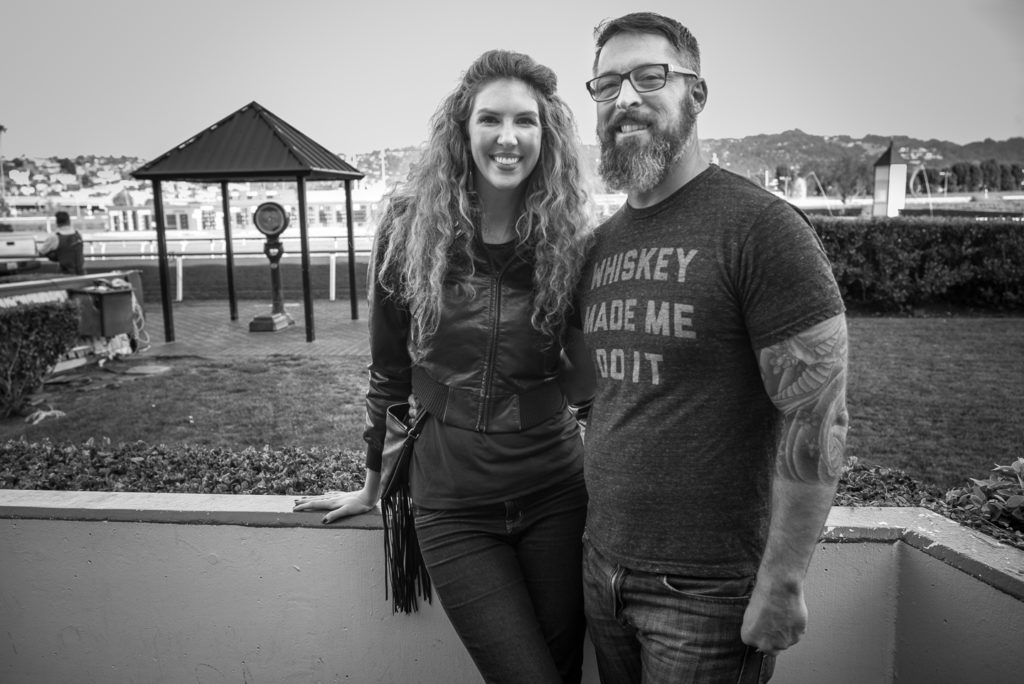 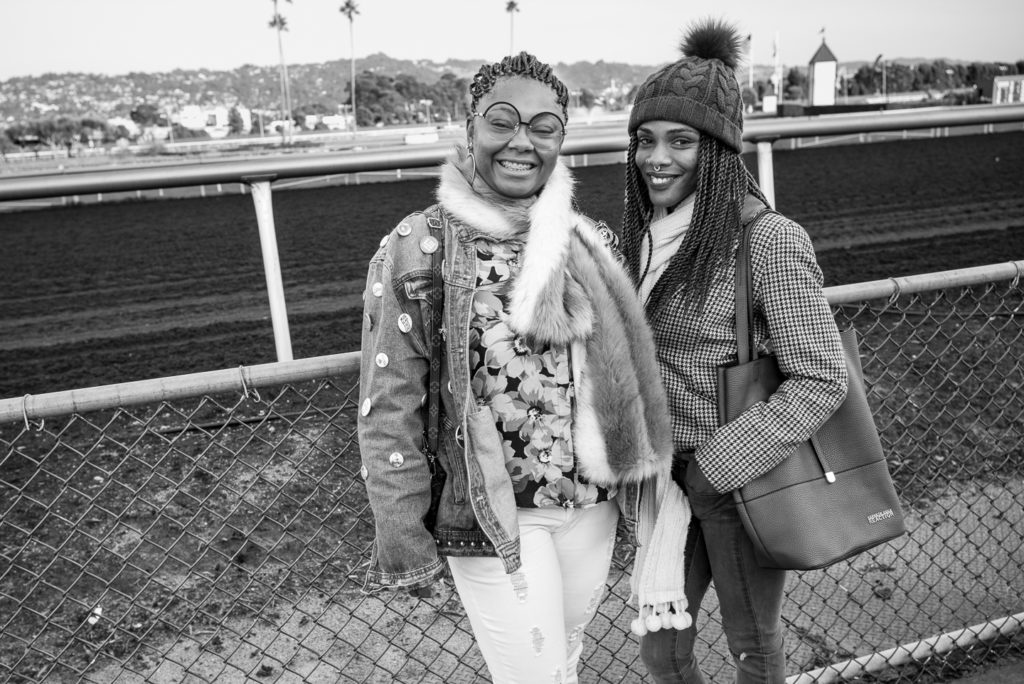 Next step is to see where I stand with my semi-client before deciding if I go back and shoot some more, or if the photos I already have meet his needs. Stay tuned.