It’s easier to photograph people at events than elsewhere, and it’s especially easy at Comic Con, where many people are dressed in costume and are happy to pose. I went to San Francisco Comic Con (held in Oakland) on Friday, stationed myself in front of a black curtain to use as a background, and asked the passing cosplayers to pose. Here are a few images among many that I like.

This is what I mean by “happy to pose.” If you don’t give them any direction, people on the street mostly just stand there with their hands at their sides. Cosplayers, on the other hand, pose like the characters they’re dressed as, which makes for much better photos. 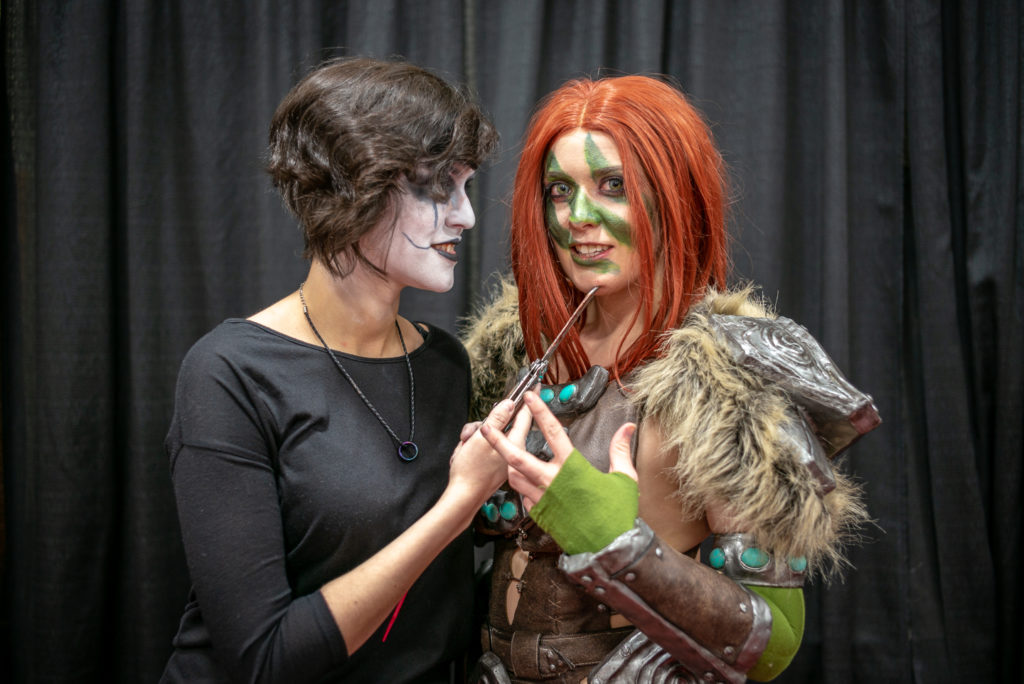 There wasn’t really enough light for photography, and I didn’t want to use a flash. But shooting at a wide aperture like f/2 worked out—even though I did miss a few shots because I didn’t focus at just the right spot and had a very shallow depth of field. 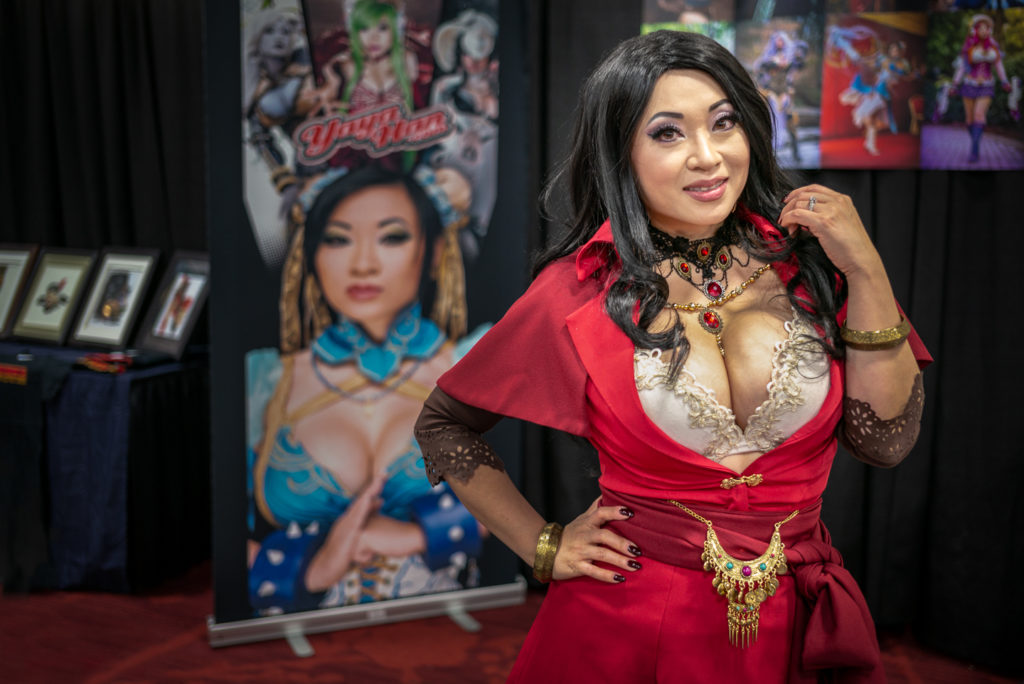 Not the svelte Captain America you’re used to, which says something about what Comic Con means to the people who dress up.

Not sure who they are, but the one on the left (who has an axe you can’t see) had an original and creepy look. 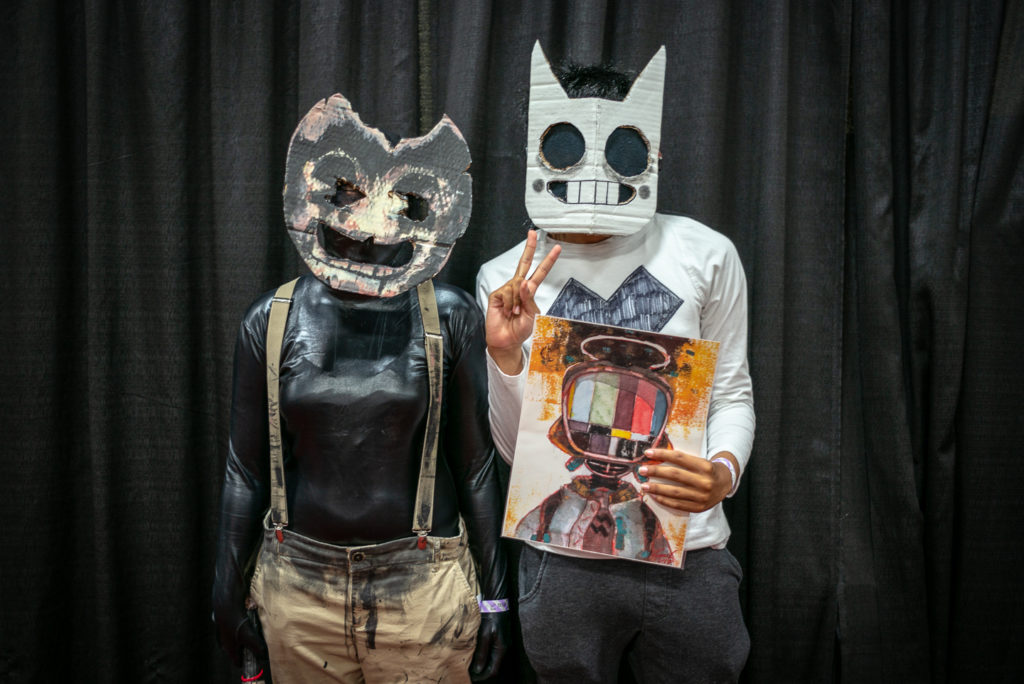 My favorite shot of the day. I recognized her from last year at SF Comic Con, when she was dressed as a different animé character. 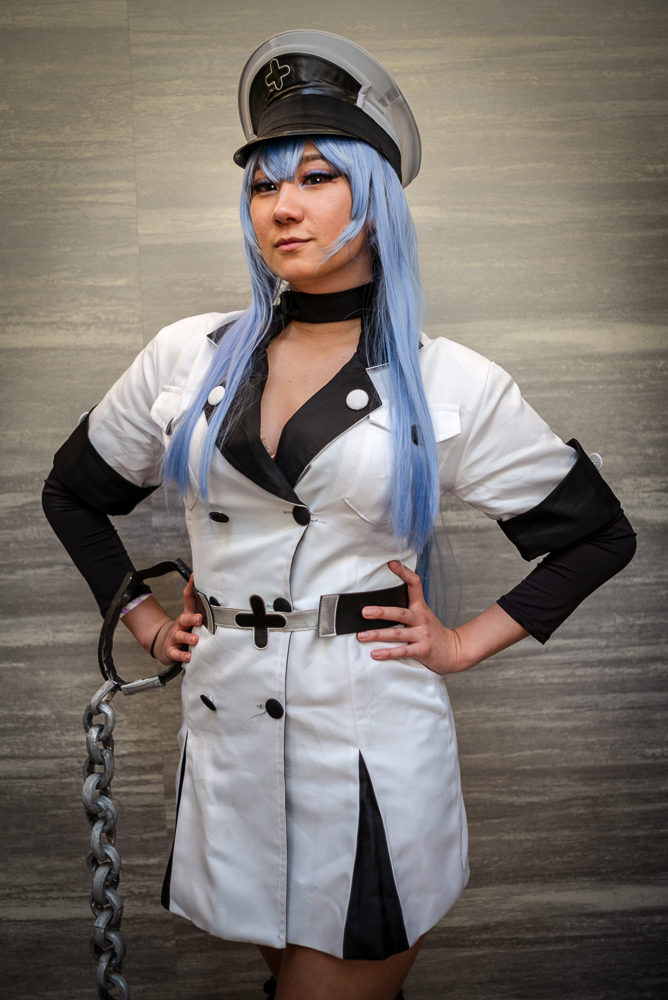 I was in costume, too, dressed as Jimmy Olsen, complete with bow tie. Almost nobody guessed who I was. Clearly, I’m too old to pass for a cub reporter.