Last Sunday the Calle 24 Latino Cultural District held an event in San Francisco called Fiesta de las Americas to “celebrate the independence of various Latin American countries and commemorate the culture, arts and music found from Patagonia to the Artic Circle.” It was in the Mission District on 24th Street between Bryant and Folsom.

At the event were a couple of dozen customized low-rider cars, bands and singers, lucha libre wrestling, and lots of great people to photograph. I took over a hundred candid, street-photography type shots—but only got a few I liked. Here’s one.

What I did better at were street portraits. I’ve found that’s almost always the case at events I go to. In theory, I’d be able to capture good candid, spontaneous shots, but I rarely do. On the other hand, when I strike up a conversation with someone, then ask if I can take their photo, I get much better results. For example, I complimented this woman on her outfit, we talked, and she posed herself like this—a much better pose than if I had directed her. 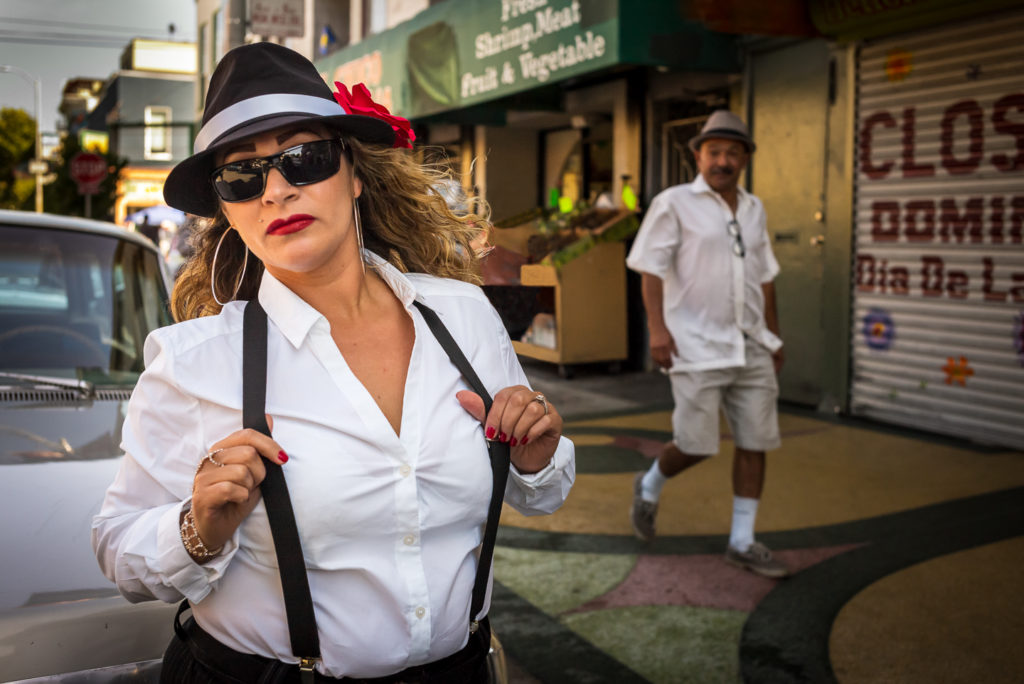 This was my waitress at Casa de la Condesa, the Mexican restaurant on Mission St. where I had lunch. I couldn’t resist the orange wall. 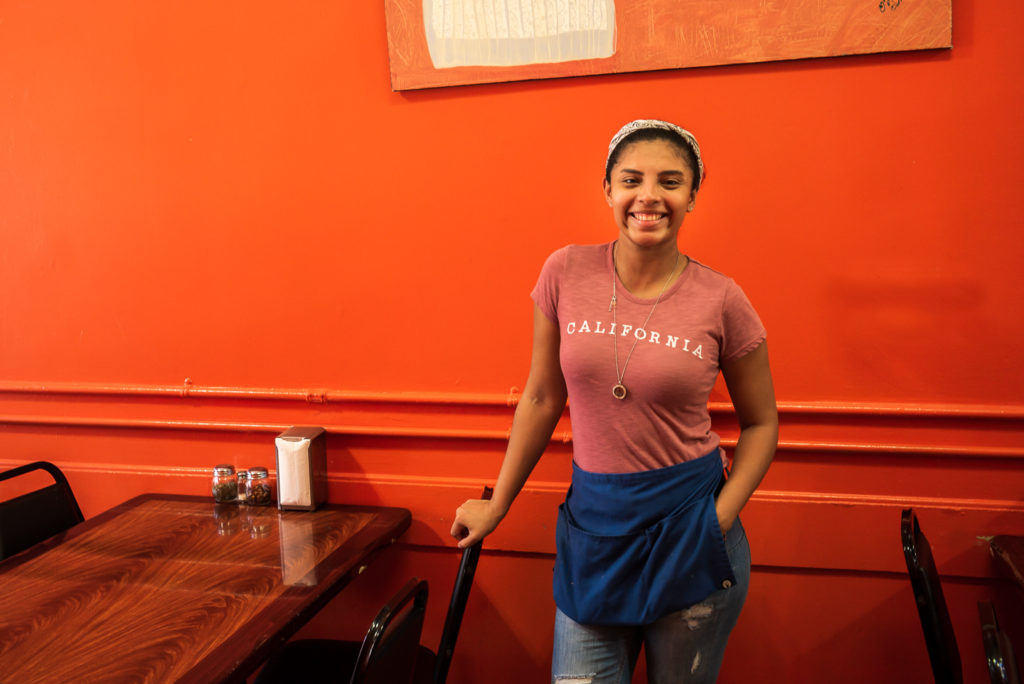 I’ve always had good luck asking other photographers to pose. I’m sure it’s because there’s already a connection.

I talked for a while with this woman, who was very friendly and happy to pose with her car. 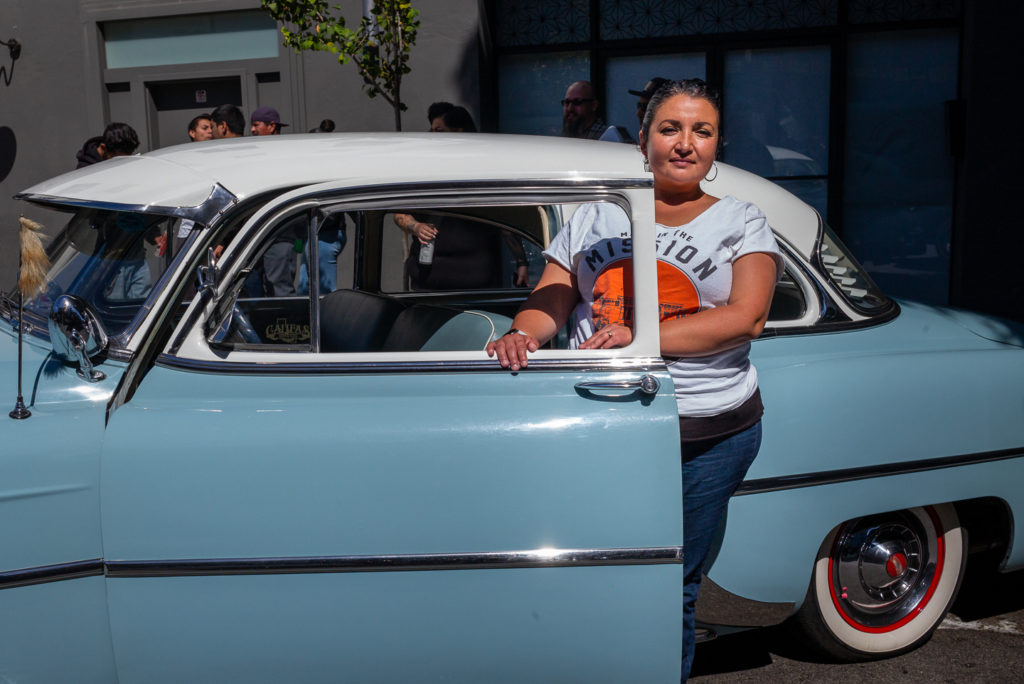 And how do Mission residents feel about the gentrification of their neighborhood?

At the next event I go to, I plan to take a lot fewer candids and try to focus on portraits, where my success rate is much higher.