I was back in Oakland last Saturday evening walking around looking for interesting people to photograph. The end-of-day light helped a lot. I got three portraits I find acceptable and one very good one.

I talked to this man for a while before asking him to stand in front of this black wall. 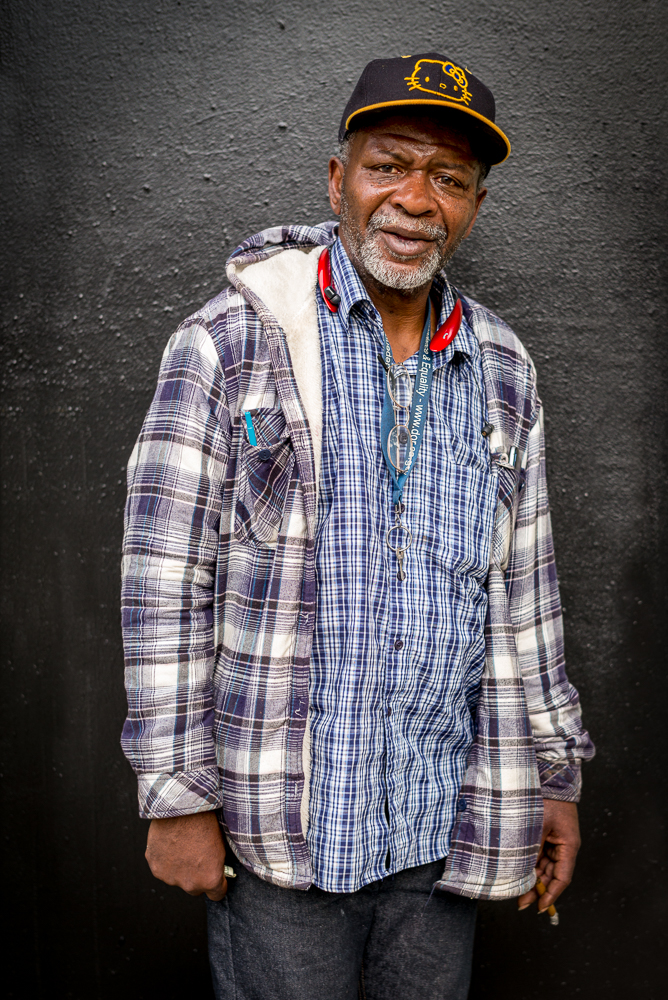 This A’s fan had a great green theme going, including his glasses, so naturally I had to ask him to pose. 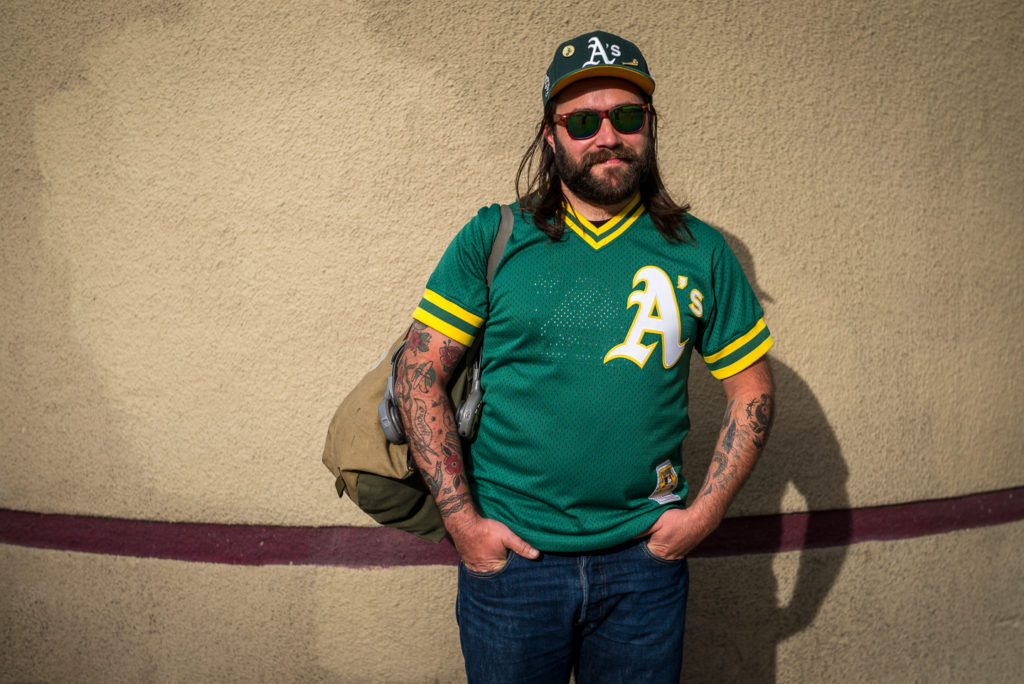 I saw this young man practicing his basketball moves. I was attracted by the yellow shirt and the chance for an action pose. 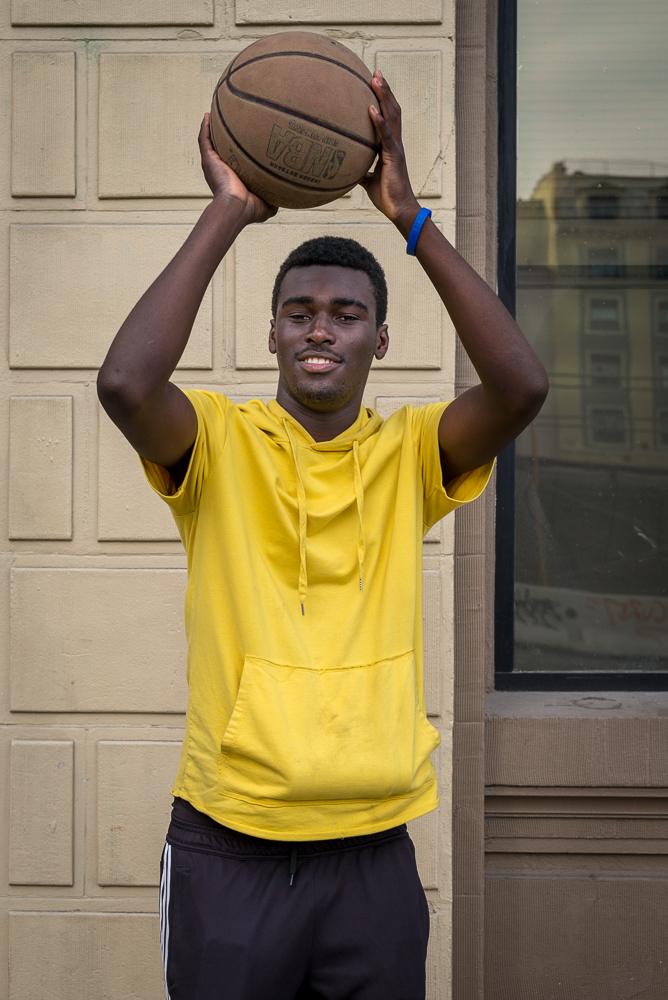 This is the shot of the day. I like the mural, the shadow and the expression. He paints murals himself, so posing him next to one was the right thing to do. I gave him my card and I hope he contacts me for a copy of the photo. I’d like to seek out his murals in Oakland. 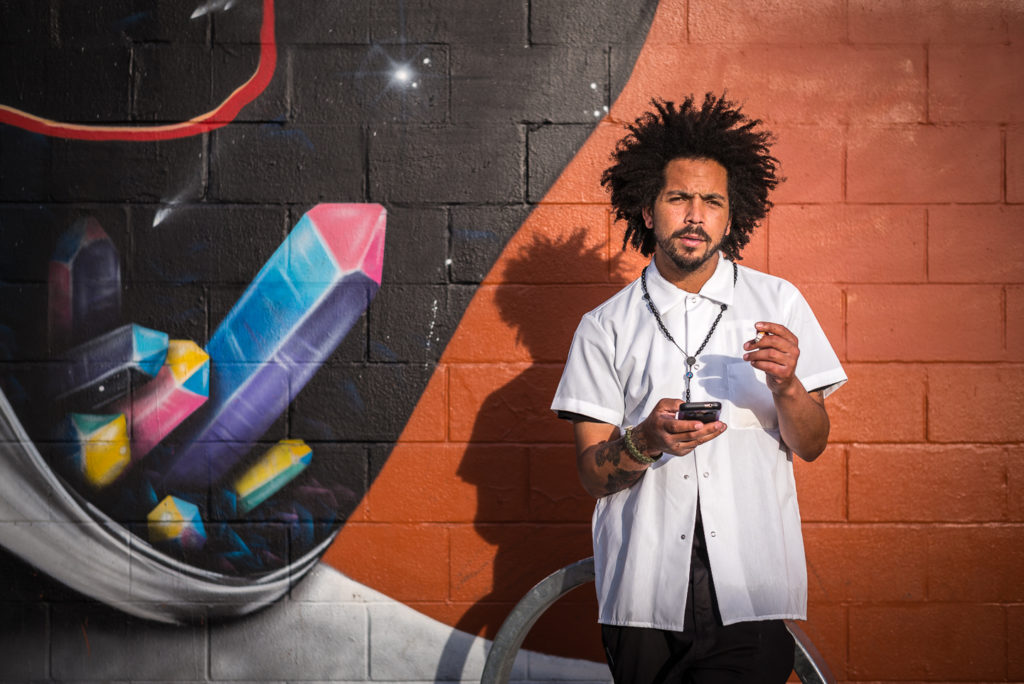 As I think I’ve noted before, about  half the people to whom I give my card end up contacting me for a photo. I gave two of these subjects my card, but no emails yet.