I went into San Francisco yesterday with a vague idea of what I wanted to shoot. I knew I wanted to arrive early at Mission Dolores because it’s a white building that would be front-lit and would stand out in black and white against the dark sky. Beyond that, I thought I’d walk into the Mission to see a street fair there. That was the extent of my plan.

My shots of the church are fine, but the shot I like best from that location is this one of a church-goer I met there. I’ve started adding grain in Lightroom to some images to create a film-like effect. 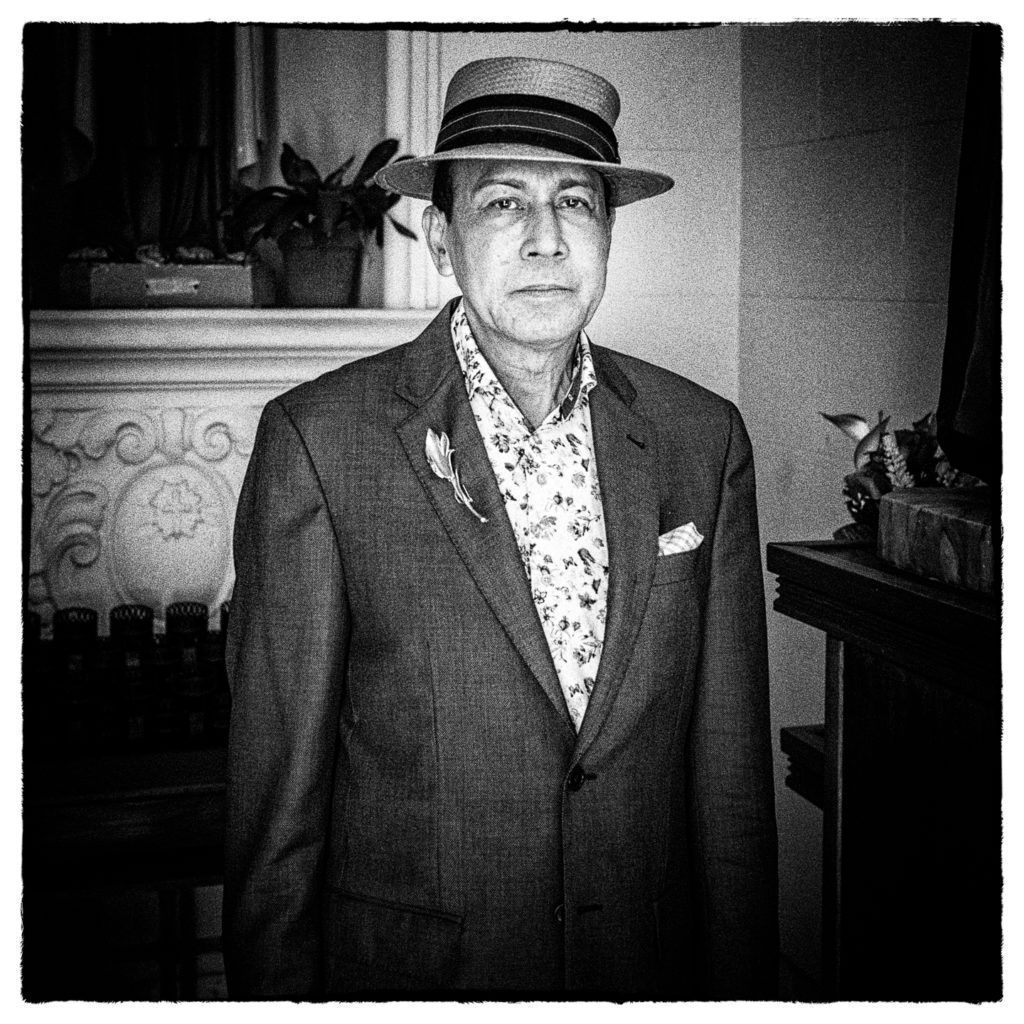 I came across a camera club friend by chance in the Mission and we headed over to Chinatown, which was hosting the Chinatown Mid-Autumn Moon Festival. Took lots of street photos; this is the only one that had a strong central subject. 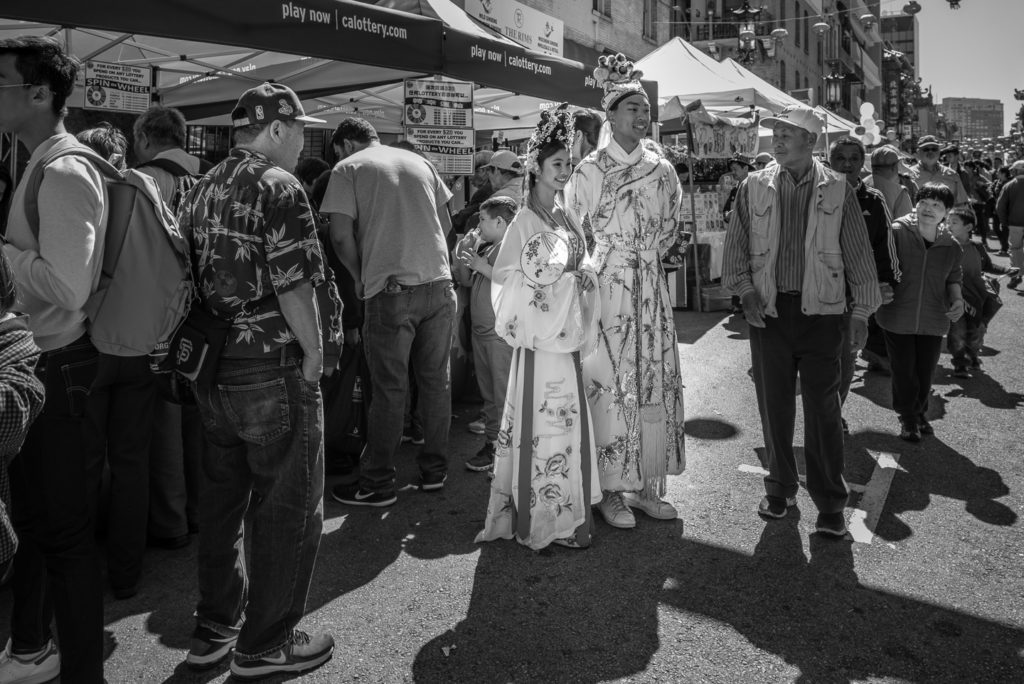 Then I headed into North Beach. I photographed this waiter taking his break, and intentionally included the passerby—but not her face. 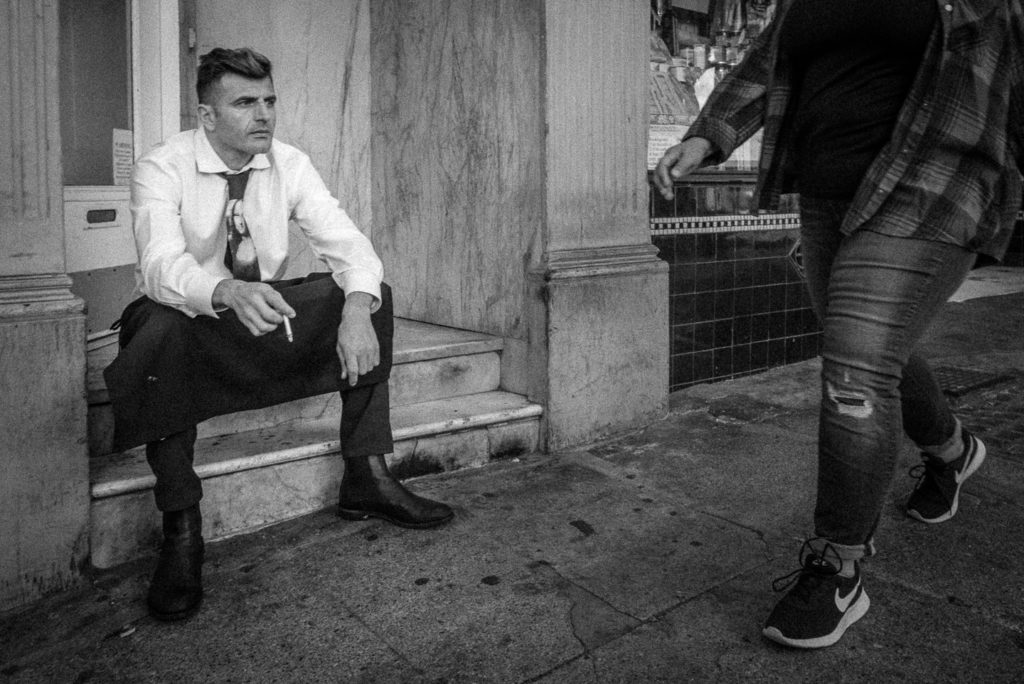 Walking to BART for the trip home, I passed through the Financial District, and came across this barbershop window along the way. I know a lot of photographers like reflection shots, but I find most of them visually confusing. This one is a little better, but it still takes a second to sort out. 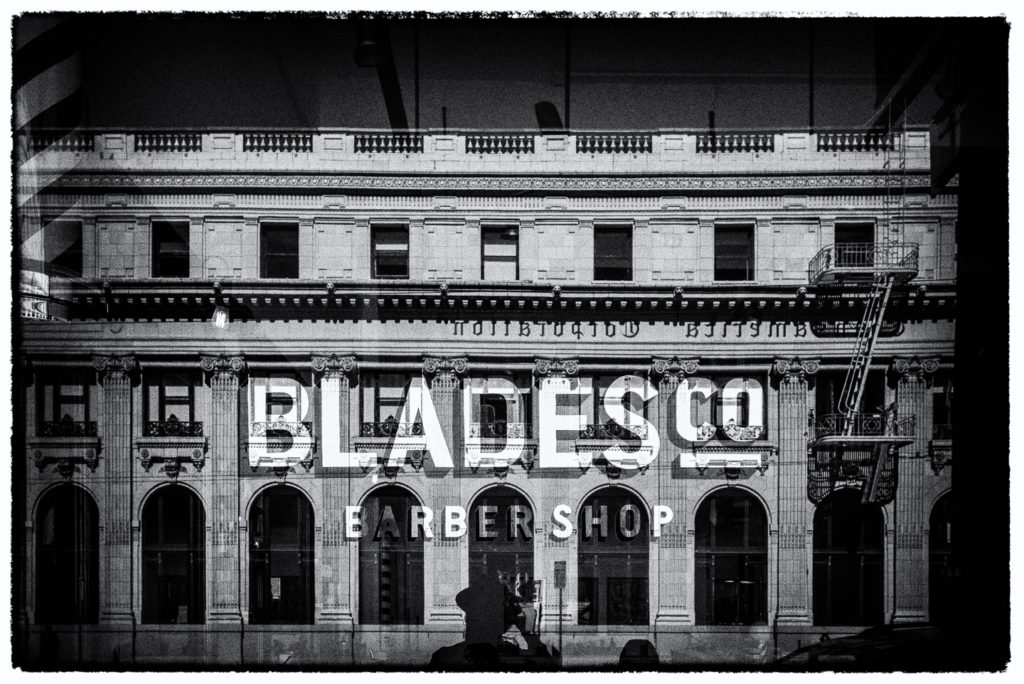 And one architecture shot from the Financial District—grain added. 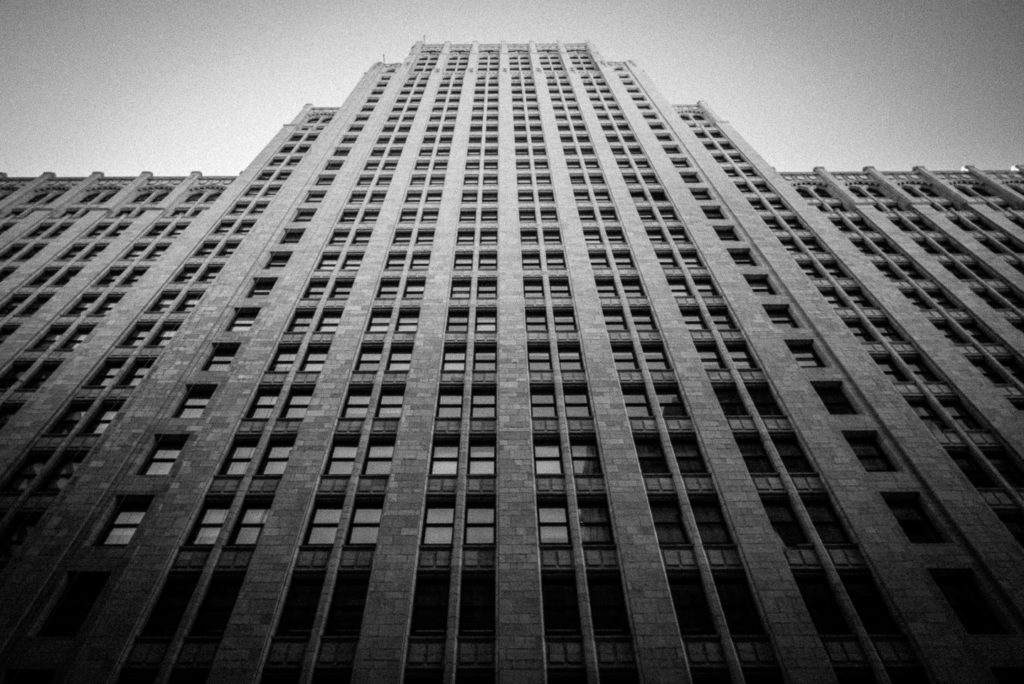 So I managed to cover four SF neighborhoods in a morning and an afternoon. There’s easily enough material in any one of them to spend a day, but it was also fun to have to change my approach—from a portrait, to event photography, to street photography and to architecture—all on one trip. Never a dull moment.