I arrived before sunrise at Mare Island in Vallejo on Sunday, hoping to get early morning light on the old buildings there. No such luck. It was overcast and stayed that way all morning. So I shot in monochrome. I’ve been there before and had a couple of subjects in mind, like St. Peter’s Chapel, build in 1901. 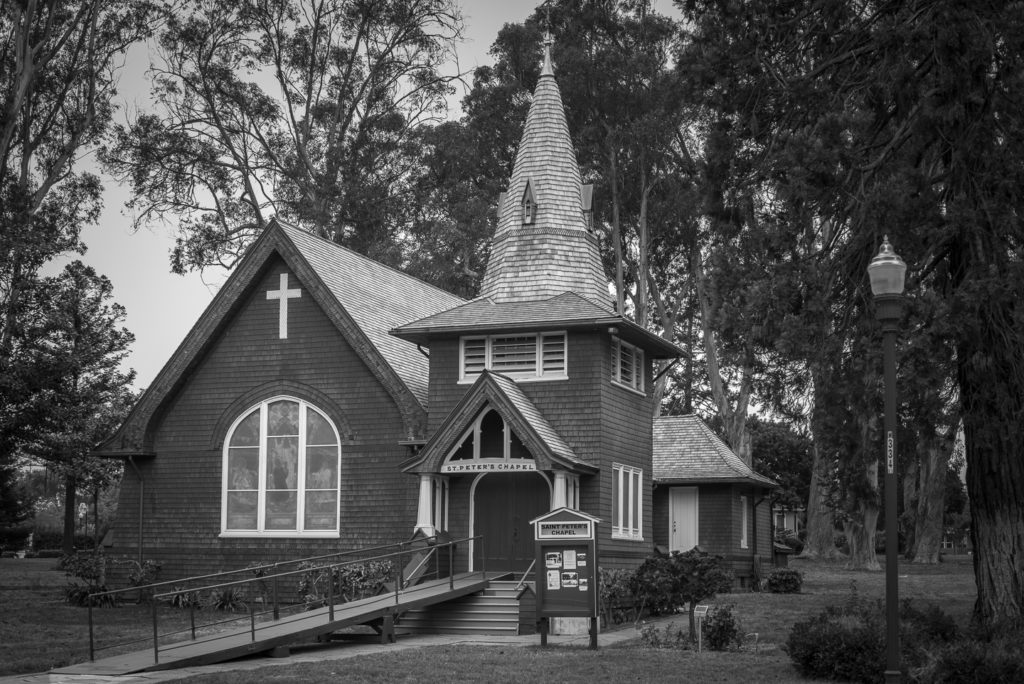 The attraction of this long, low building is that it’s so nondescript, it’s photogenic. It looks like a photo taken during the Civil War.

I had taken photos on an earlier visit of rows of broken windows, which make for a good monochrome subject. Here are three of them, tightly cropped. It’s a repeating pattern, but each square is different because each window is broken in a different way.

I really wanted side-light for the chapel and other buildings, but I guess I’ll have to go back some other time to get that.