I won’t keep you in suspense: The good news is that Carnaval is a spectacular photo op. Everybody’s in a good mood, all the people wearing elaborate and very colorful costumes are happy to pose for photos, and it was a warm, sunny day. (I guess that last one is good news for the scantily clad performers and kind of bad news for the photogs.) The bad news is that the event is mobbed with photographers. The staging area before the parade has about as many photographers as performers, and, as you’d expect, some of them are polite and some aren’t. One disgusted male performer told me he calls all the men greedily congregating around the semi-naked women dancers the “peeparazzi.”

Having gone three times before, I knew what I was in for. I didn’t go last year because being part of the photographer feeding frenzy was such a turn-off. But a museum visit I’d planned for Sunday morning fell through, so I decided at the last minute—with some reluctance—to go. I really don’t like competitive photo situations and usually simply avoid them. But I do like street portraiture, and this is an occasion where you can find a lot of really good subjects all clustered in one place. So I went.

Here are five photos from the day. I didn’t photograph the parade at all; I took all my photos in the staging area. Most of the street we were on (Bryant) was in direct sun, so I stayed in the strip on one side that was in shade. Even though bright sun makes colors pop, I really don’t like the shadow patterns it creates. Also, I wasn’t using fill flash, as many photogs were, so that was another reason to stay out of the sun.

This best part about this first photo is the contrast between their skin tones. Good expressions, too. 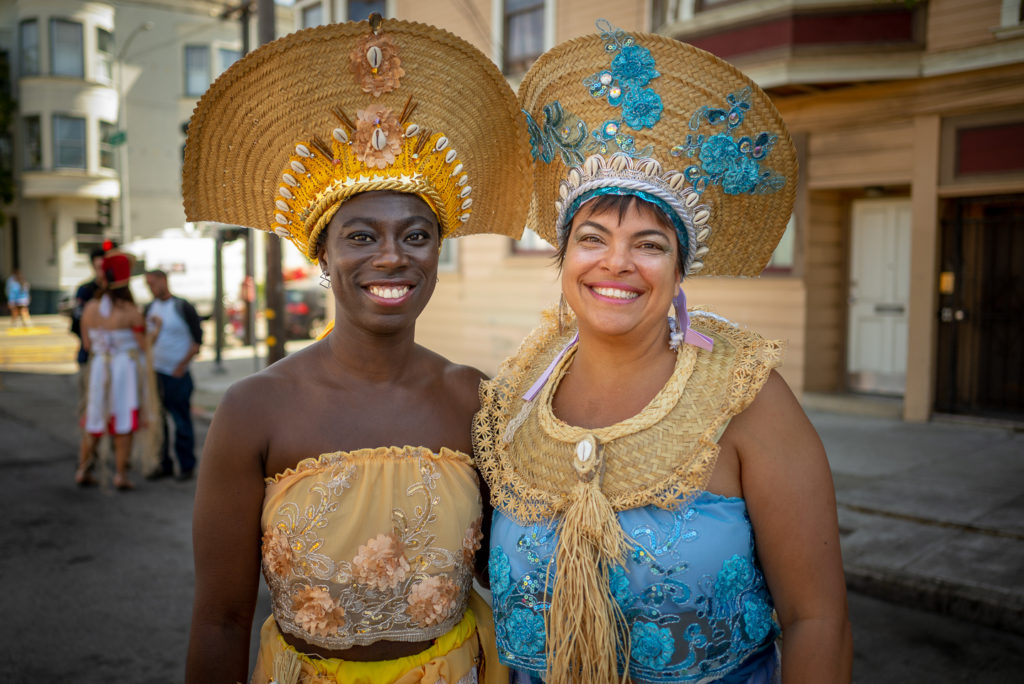 Good-looking group. Two expressions that work, one that doesn’t. 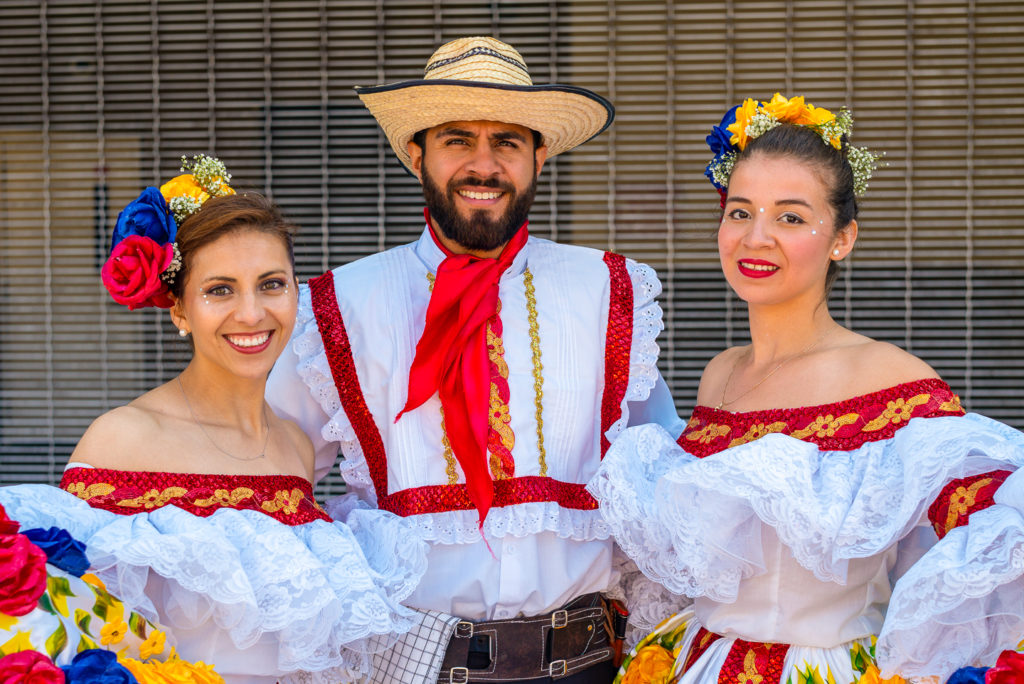 Did I mention that the costumes are colorful? I asked her to pose in front of this wall. It’s almost too much! You have to look hard to be sure where her costume ends and the wall begins. 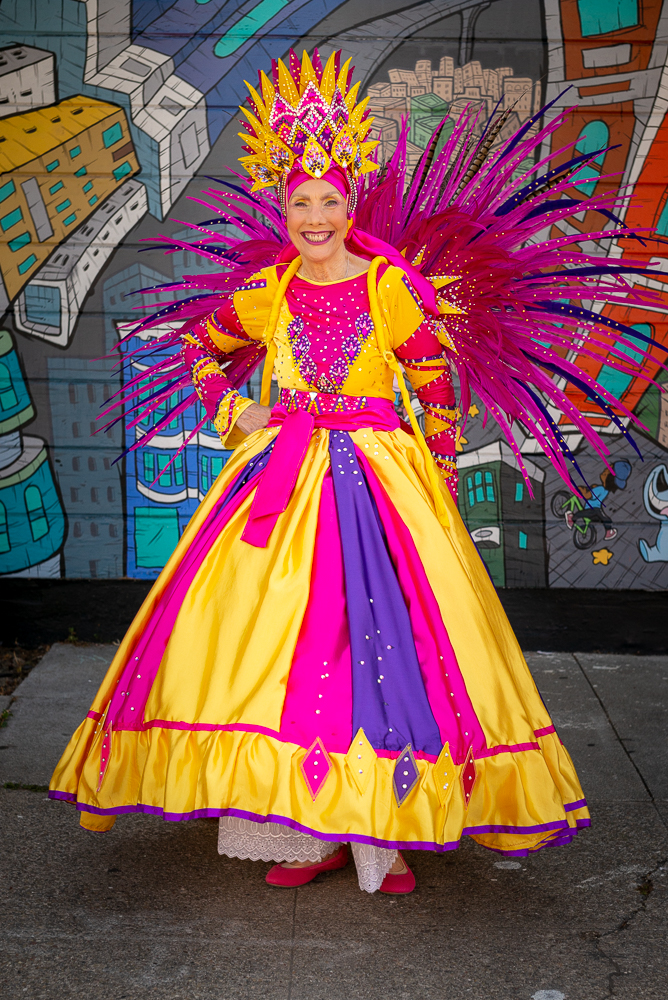 Same comment as above, except in this one, I got them to stand further in front of the wall and got closer to them so they’d be sharp but not the wall. 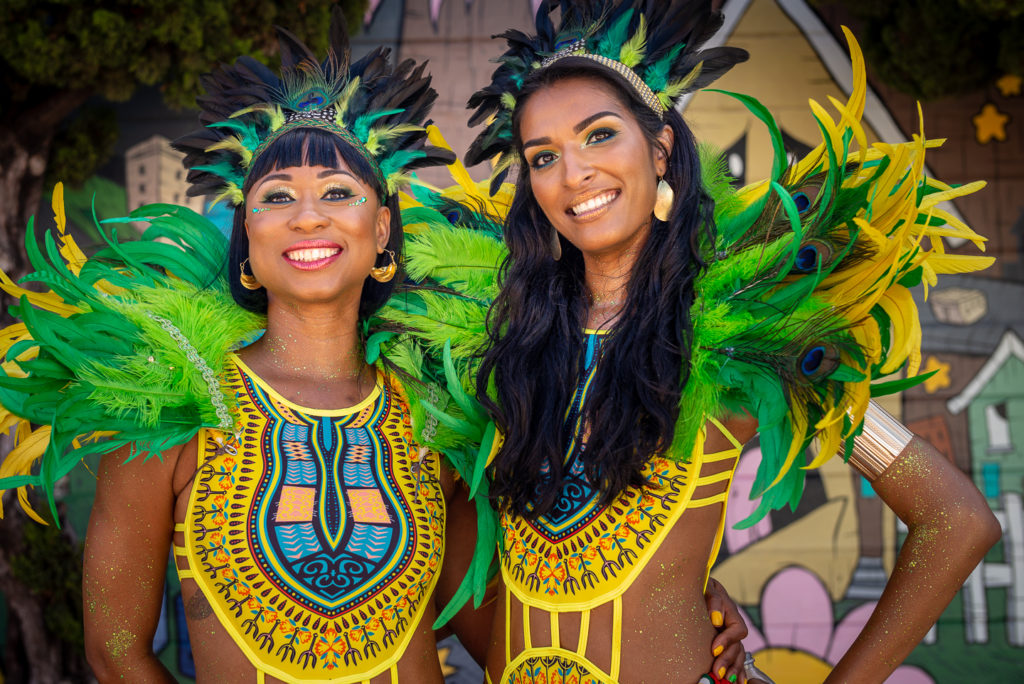 I also have one of her smiling, but this one is better.

Will I go back to Carnaval next year for a fifth year? Maybe. Depends on whether the good news or the bad news angle looms larger.