I didn’t know that was what you wished people at the Pride Parade, but I must have heard it a hundred times last Sunday, so apparently it is.

I went into San Francisco with a friend to shoot the parade, and it didn’t disappoint. We managed to get a spot right next to the barricade, which turned out to be great for photography.

A few lessons I learned and will apply next year are: 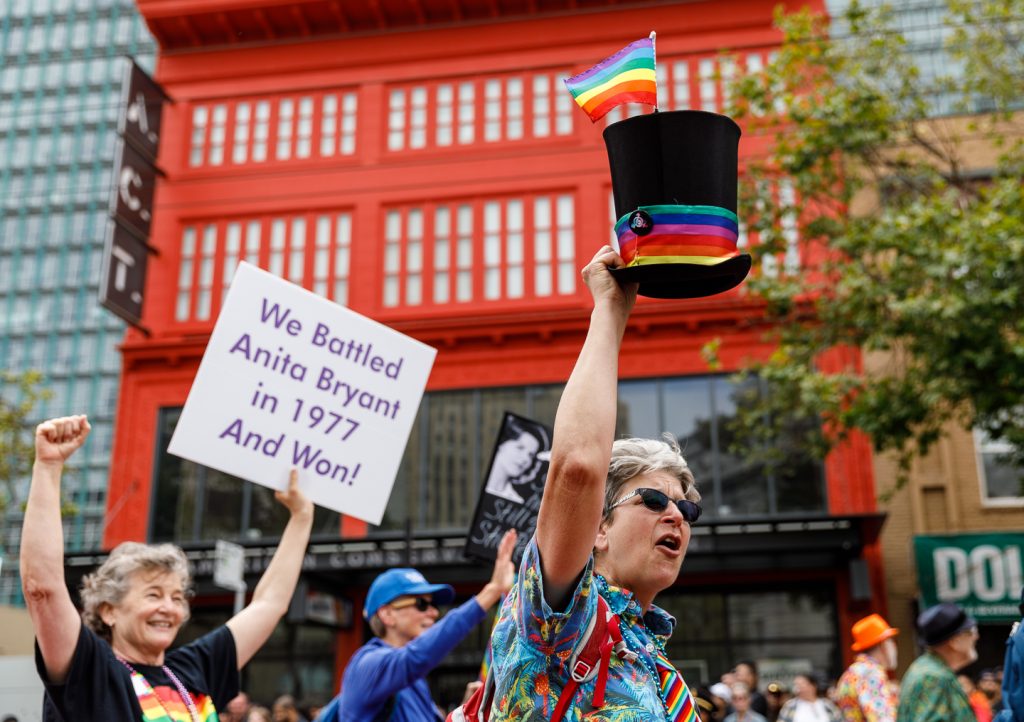 He had a great costume and a great Goth look. 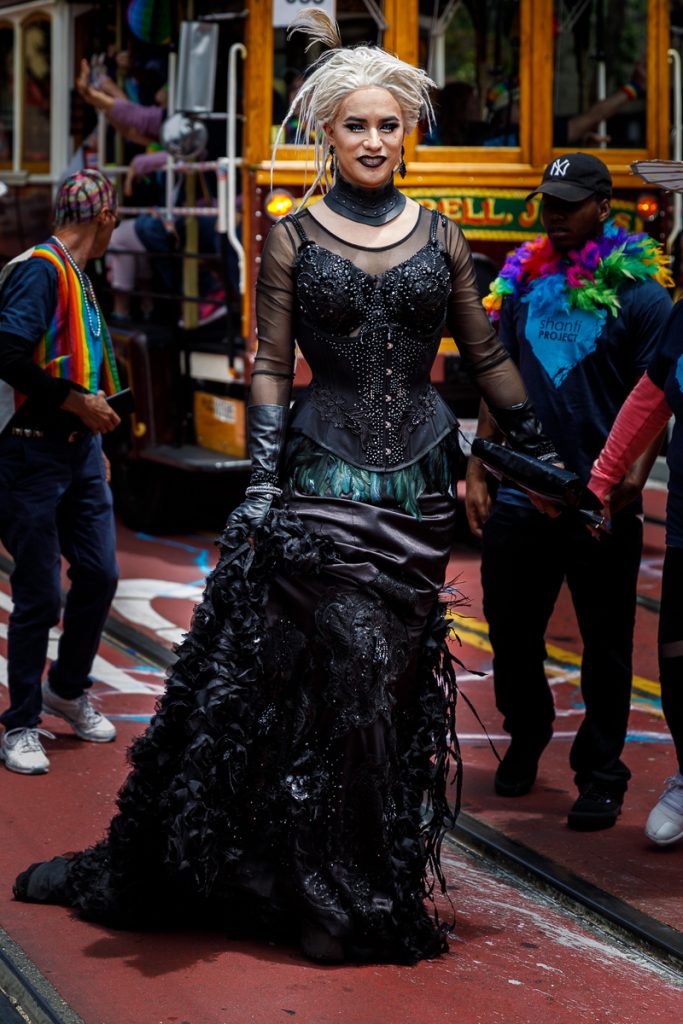 At the other end of the spectrum, this Cal cheerleader is about as squeaky clean as you can get.

Skies were overcast early in the day, which, of course, I preferred, but when the sun came out it did really make the colors pop. 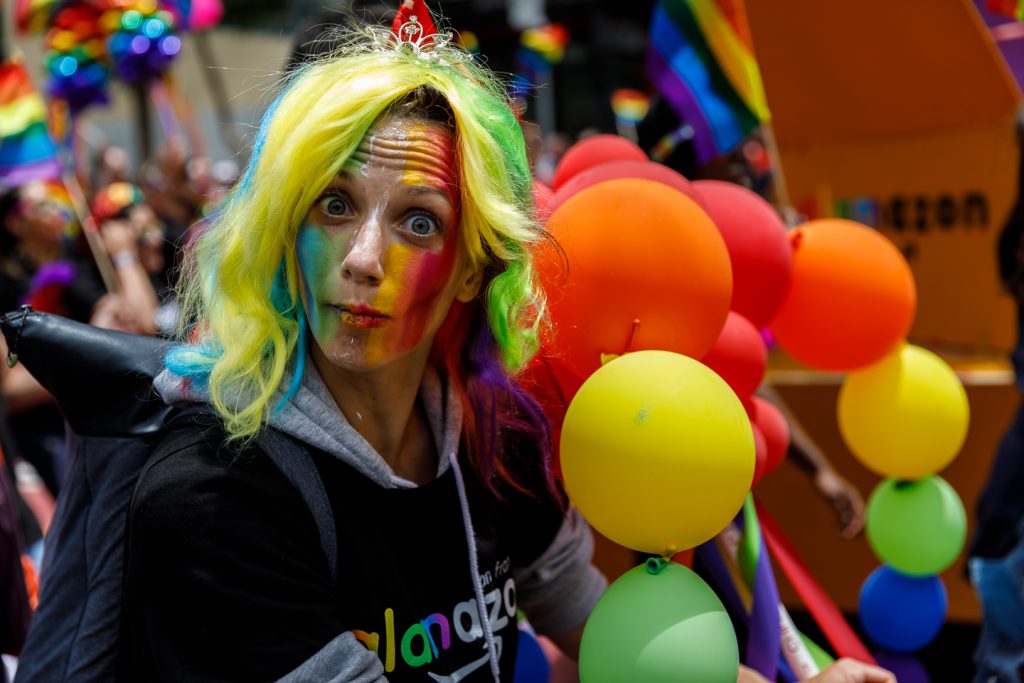 Is body paint a costume? I guess so.

This guy had on the dress of the day. Creative tailoring that makes a political statement. 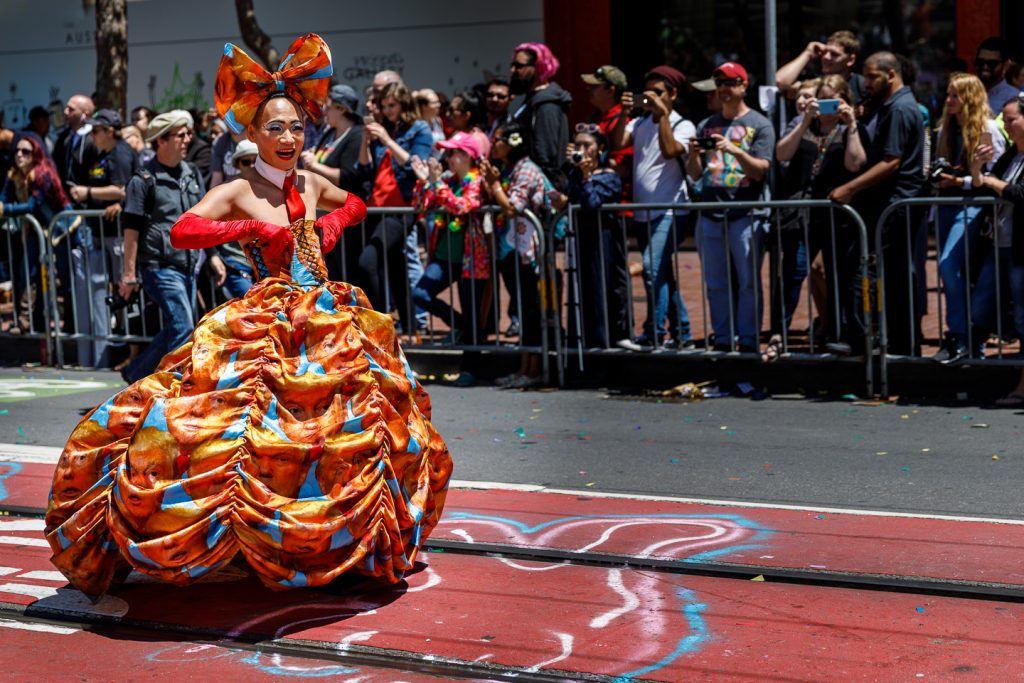 This was my fourth year at the Pride Parade. I almost didn’t go until my friend invited me. I realize now that it’s really an event not to be missed. Everyone’s in a good mood, the participants are characters, the spectators are characters, and it’s a lot of fun. So, Happy Pride!