On Sunday in the late afternoon, I went into downtown Oakland with no plan to shoot anything specific. As usual, I had my monochrome camera, so I was mainly looking to do street photography—or portraits, if the right opportunity came along.

There was a nightclub on Broadway where a few people were gathering outside before going in. It turned out to be the most interesting spot. I walked by it several times to shoot the people there. Here are three shots from that scene.

I’m going to put together a book someday of photos I’ve taken of people taking selfies. 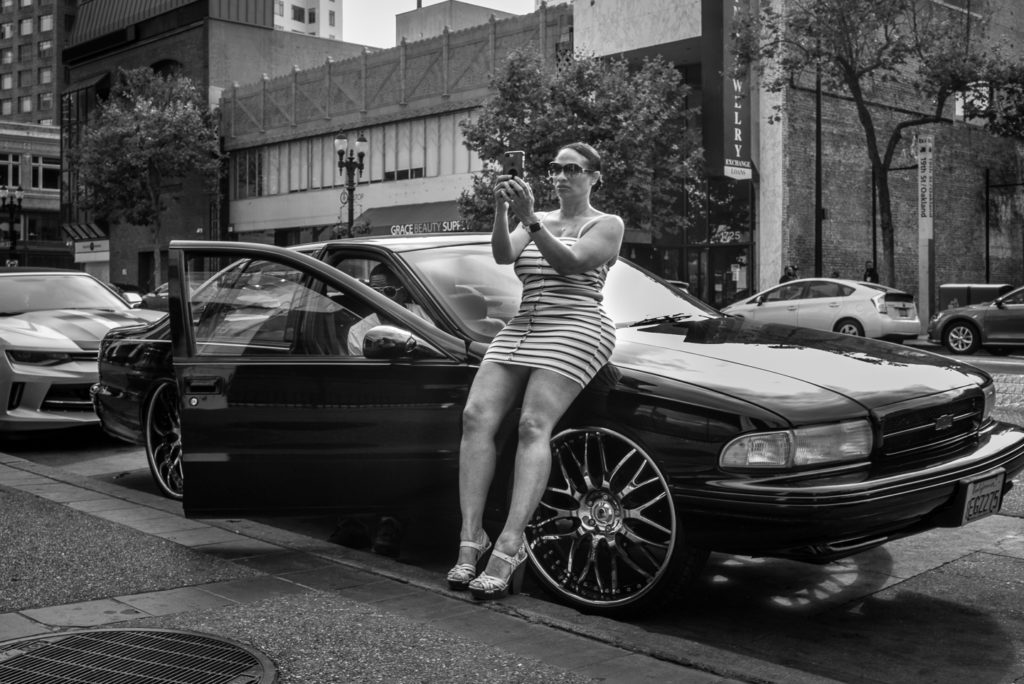 This young white woman, dressed all in white, next to the black man, all in black, was too good to pass up.

Even though I was shooting from the hip here, these nightclub-goers are still giving me some very suspicious looks. Kind of makes the shot.

I never know what I’ll come across when I go walking around downtown Oakland on a weekend afternoon. Even if I don’t get any good photos, there’s always something to see.