I traveled down Telegraph Avenue from close to the UC Berkeley campus to where it ends at Broadway in Oakland, looking for subjects. The best I found were the buildings on the east side of the street that were front-lit by the low sun. I had a red filter on my monochrome camera to make the sky as dark as possible. The white buildings, especially a couple of churches, made the best subjects.

Here’s the first angle I found on the Beebe Memorial Cathedral. 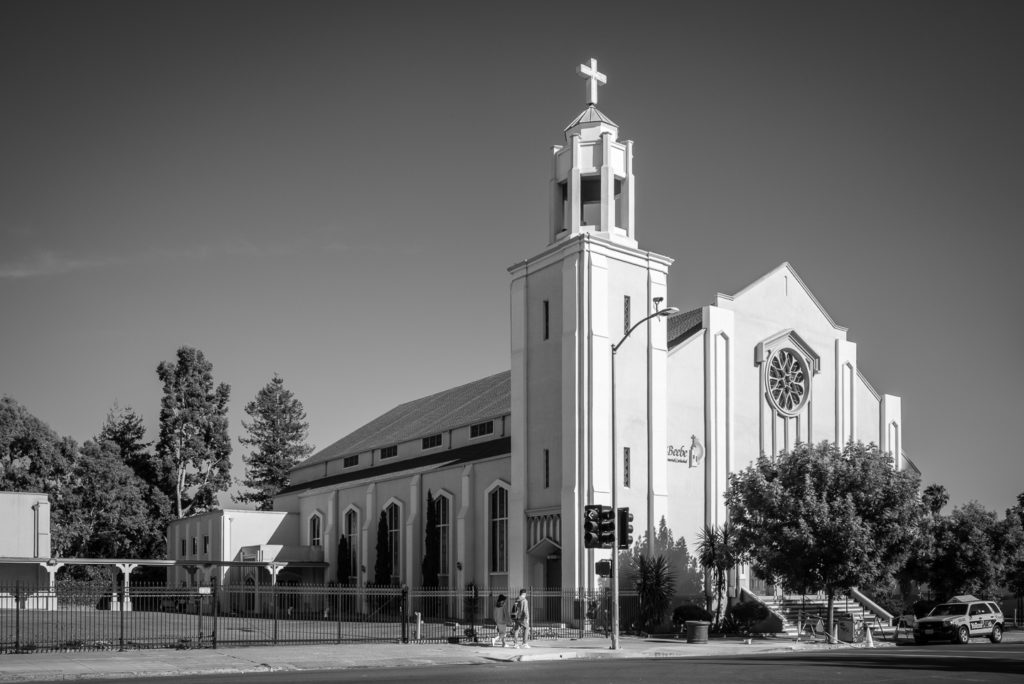 This is a better angle, and I used split toning on the photo. For me, the impact of this image comes from the bright, front-lit facade against the dark sky. 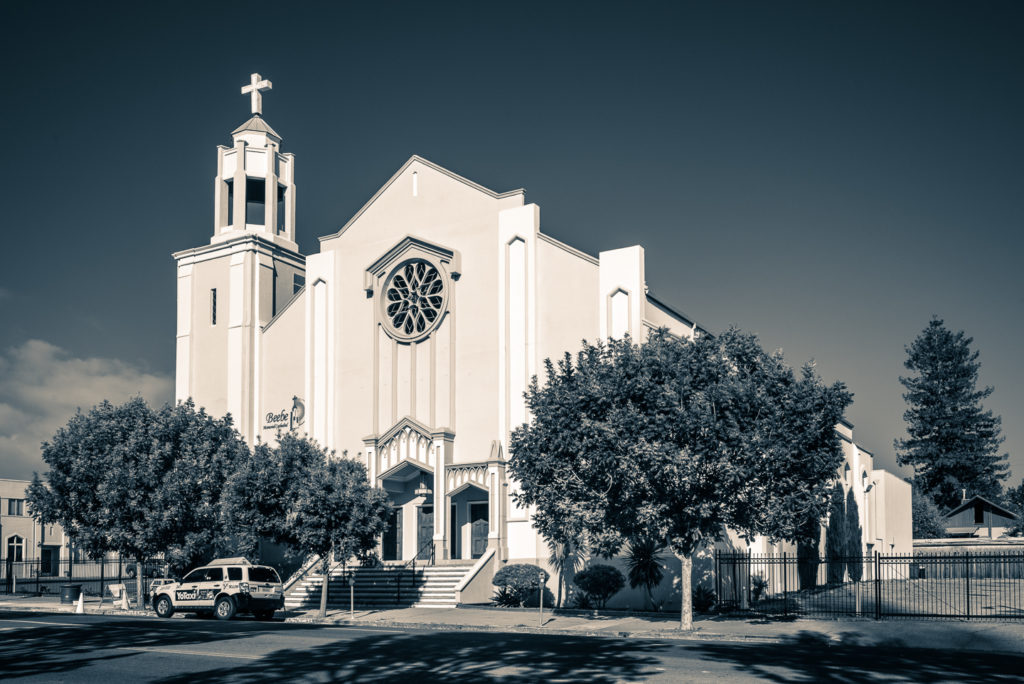 And since I was shooting in black and white, patterns also catch my attention. This is the side of a parking garage at the BART Macarthur station. 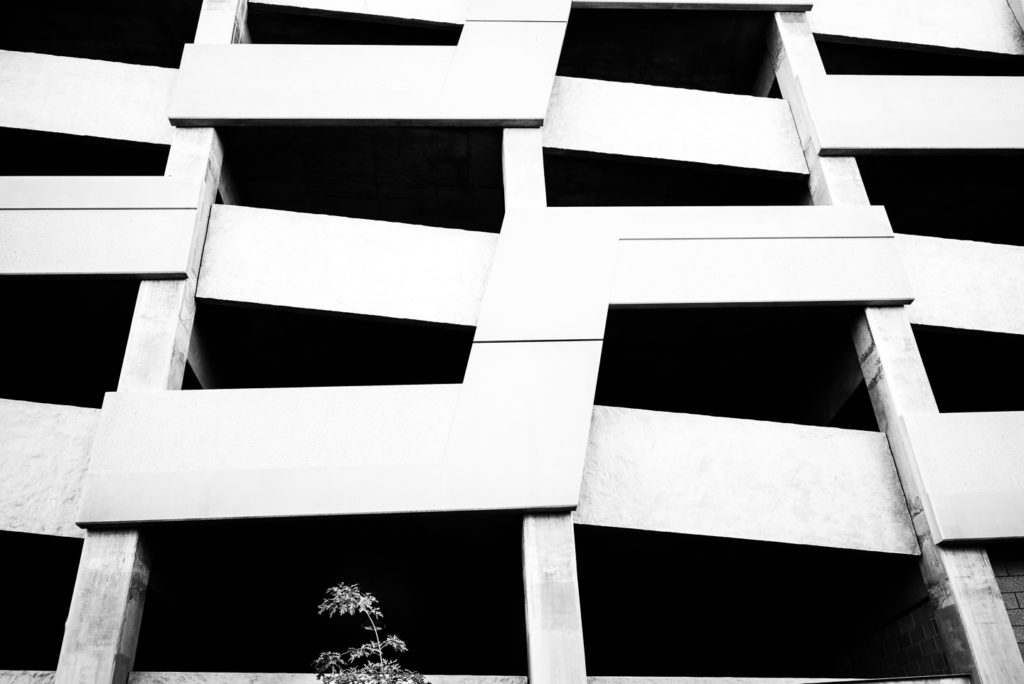 More Telegraph Avenue photos to come in the future.