Lots of Driving in Iceland

Over 10 days in Iceland, we drove 2,127 kilometers in our rental car—that’s 1,322 miles. More driving than I wanted to do, but it was necessary to see all the sights in the south and west (and pretty far east) of the country. The distances between the main sights were long, and there was hardly anyone on the road. So the driving was easy, but it meant lots of time in the car.

I’ll include six photos here, and more in a later post. I don’t claim that any of these images is even remotely original: Iceland has been photographed to death at this point. But you can say that about any super-popular destination.

This was the Gullfoss waterfall. You can’t tell it from this image, but the wind was so strong we could hardly stand up. 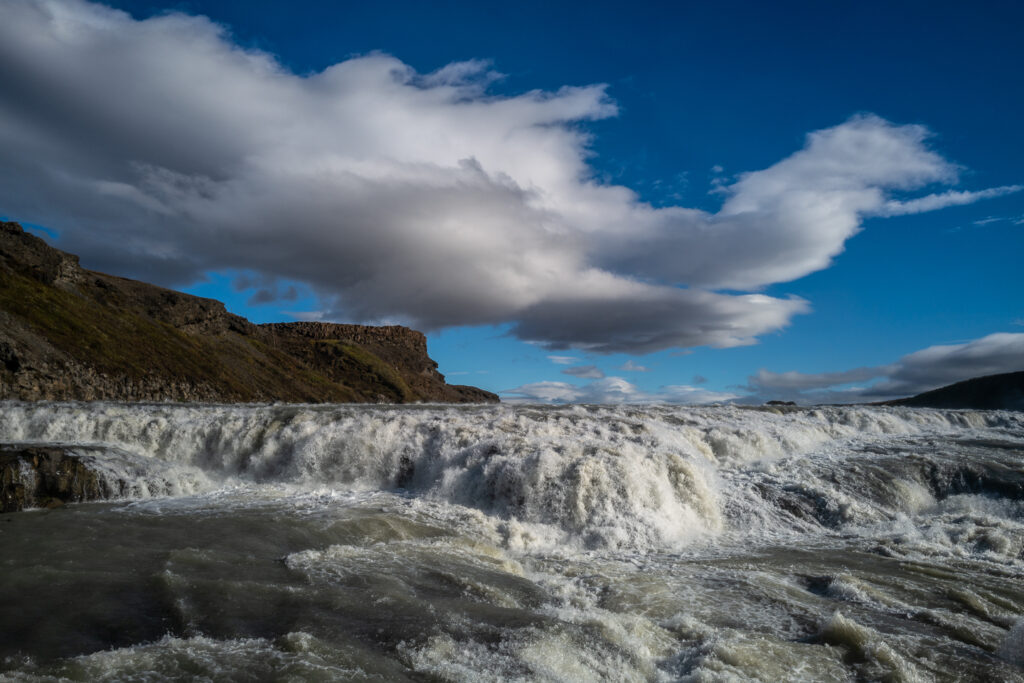 The black church at Budir. I took lots of photos of this church, in the rain. Very striking. 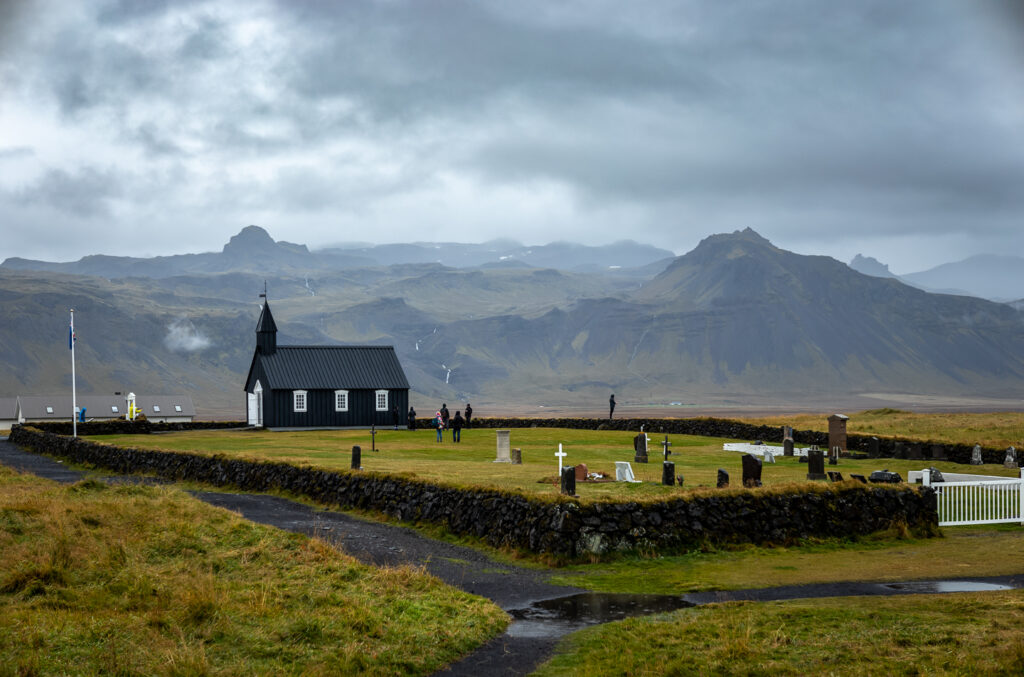 Ice on the beach near Jökulsárlón glacier lagoon.

I made churches a theme and photographed them pretty much whenever we came across one. Many of them look similar, in fact, almost identical. That’s because (apparently) the smaller ones were all built from a template created by the state architect. The afternoon light on this one makes the shot. 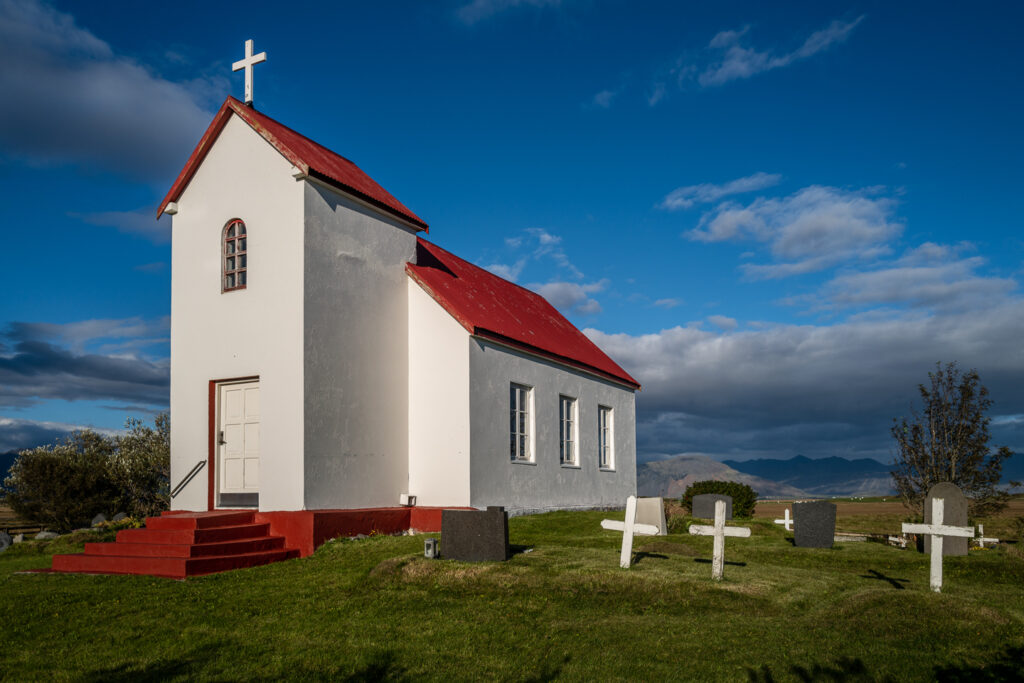 View of Reykjavik from inside the steeple of the Hallgrímskirkja. 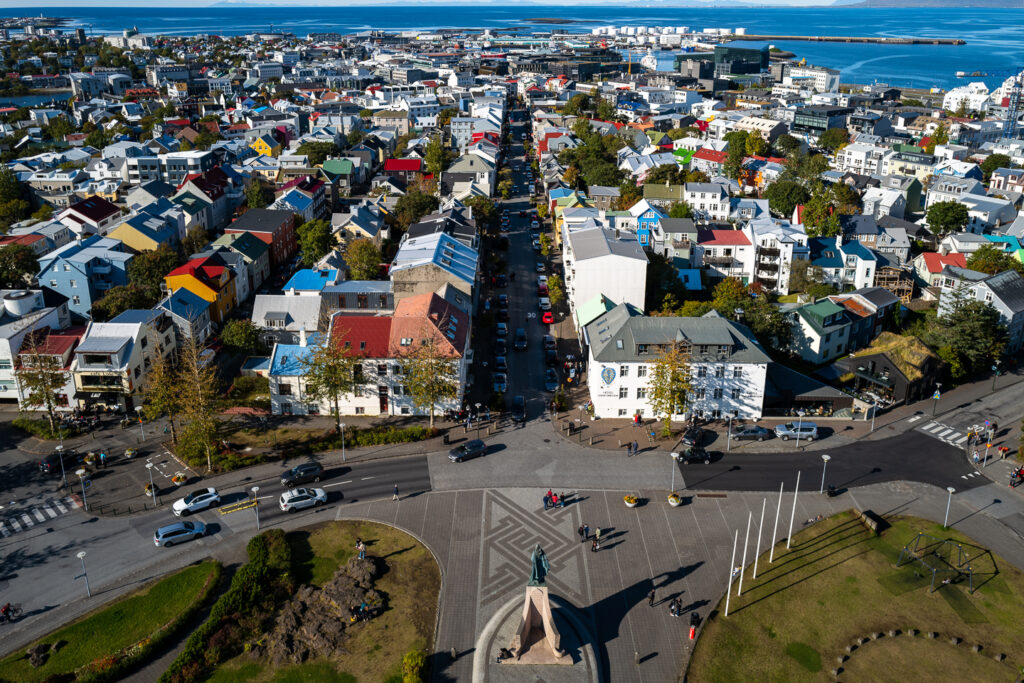 A favorite photo from the trip. We found the following on Wikipedia: “Icelandic horses are long-lived and hardy. In their native country they have few diseases; Icelandic law prevents horses from being imported into the country and exported animals are not allowed to return.” 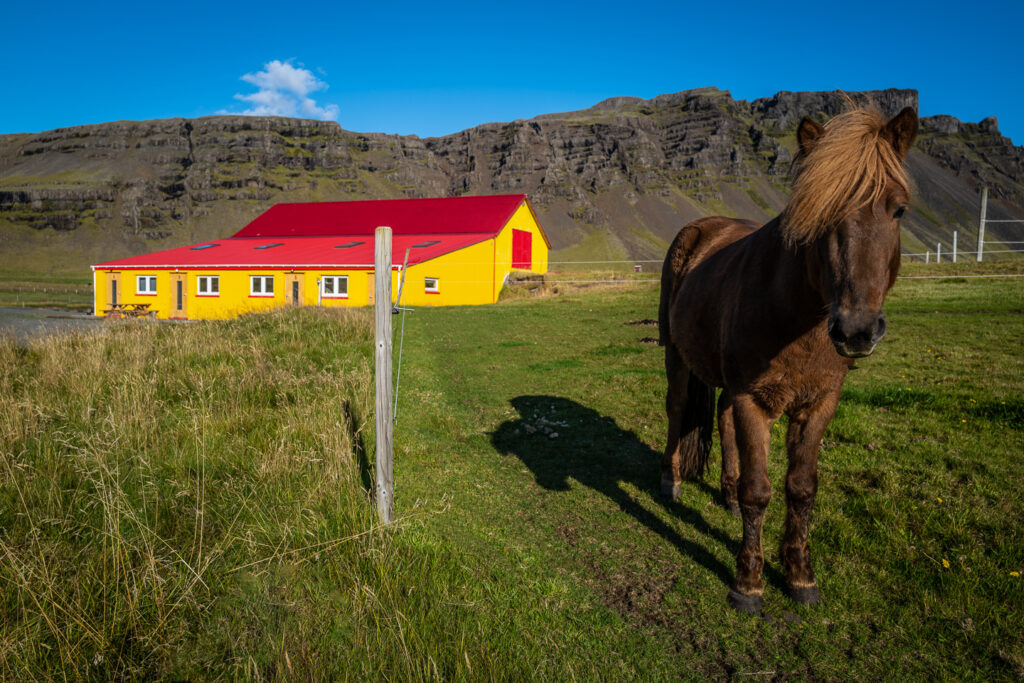 More to come on Iceland …