I went into San Francisco late in the afternoon (3:30) last week to do some street photography. The challenge was trying to use my normal street settings in low light. I normally dial in f/11, 1/250s, Auto ISO, and focus at 6 feet on my 35mm lens—but very quickly, as the light disappeared, I had to change settings often to both freeze action and get a good exposure.

This was fairly early at the Ferry Building. Light wasn’t a problem yet. 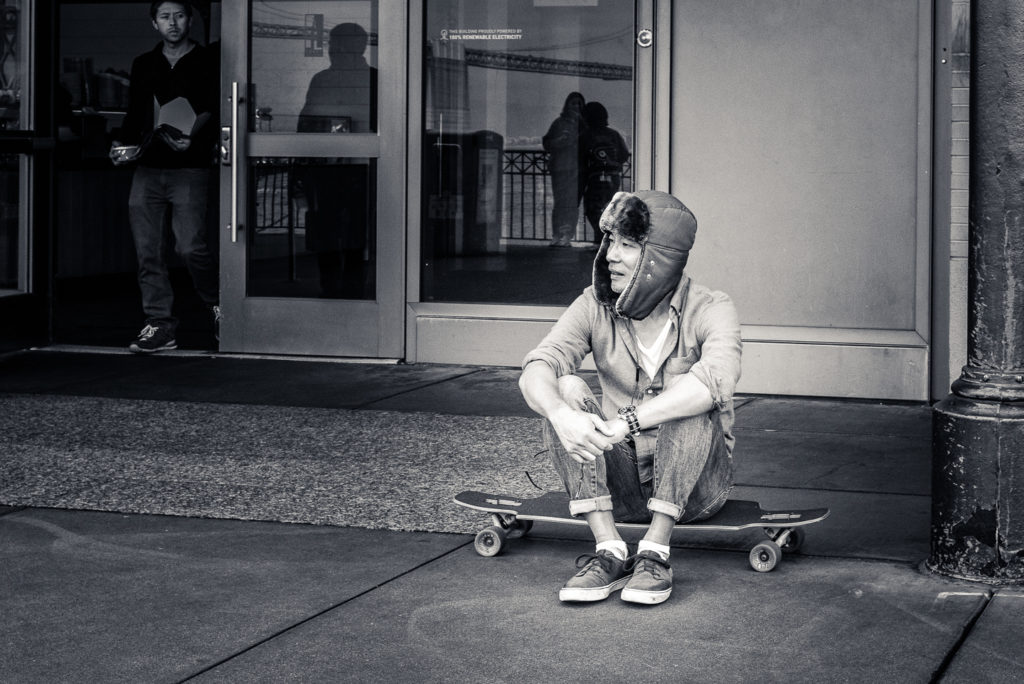 This was inside the Ferry Building, which is pretty dark, but it’s near a window (to the right in this photo). I added the light beams. 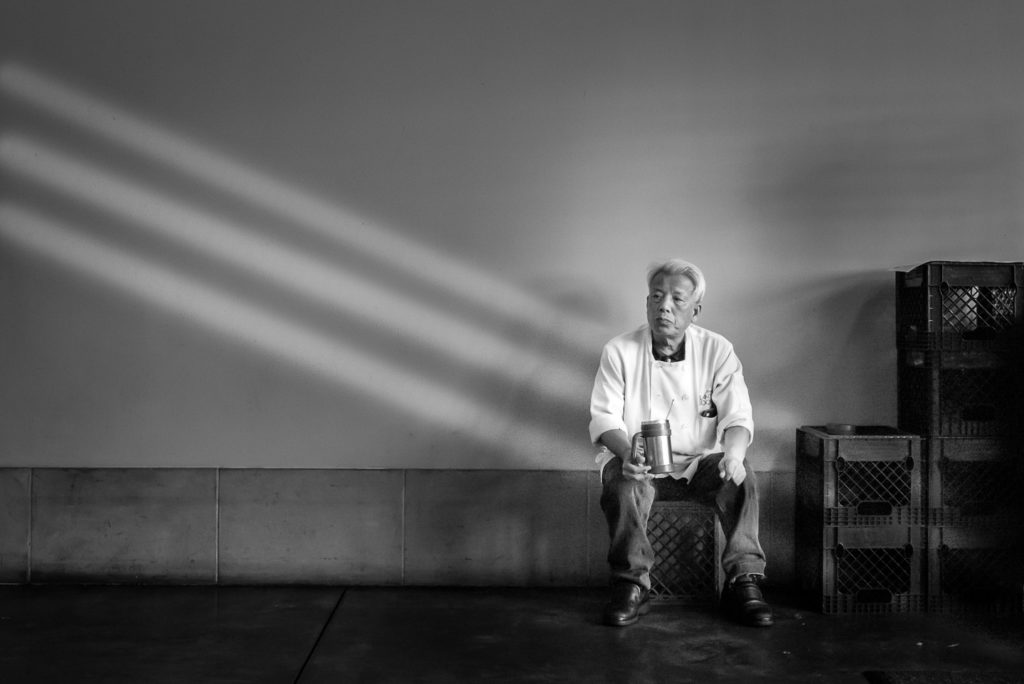 To get the exposure I wanted here, I opened up all the way to f/2. I never do that for street photography because it results in such a shallow DOF that I miss too many shots. But he was semi-posing, so I had time to focus manually. The shutter speed was too slow to freeze his moving hands, but I don’t think that hurts this image. 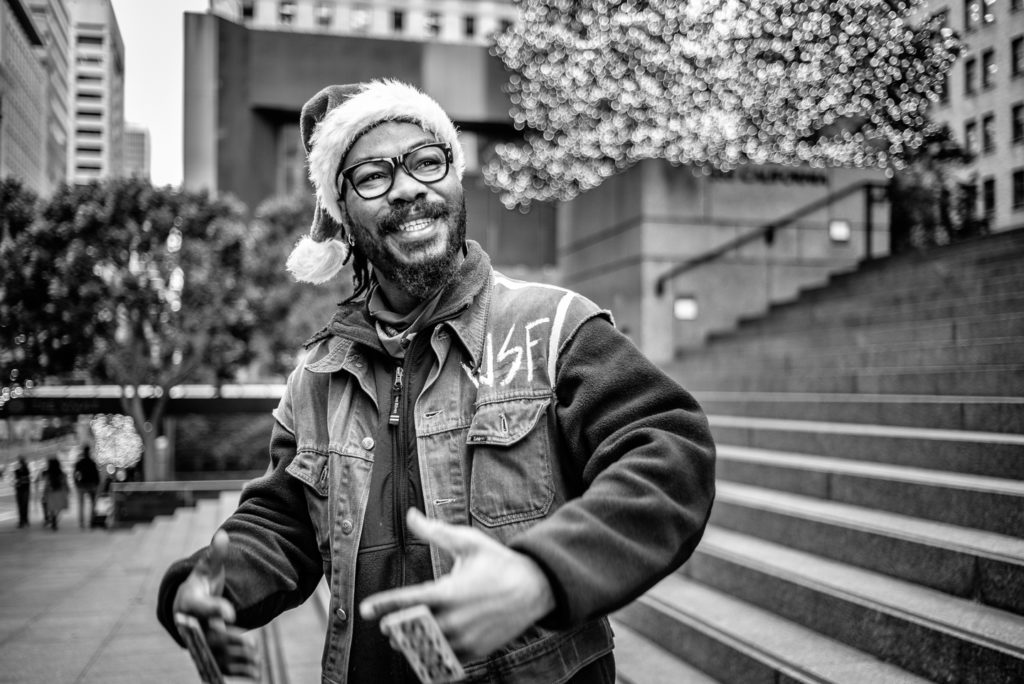 This was even later, and the day was even darker. It was luck that the woman was in focus, because not only did I have the lens almost wide open in order to get an acceptable exposure, I was shooting from the hip. 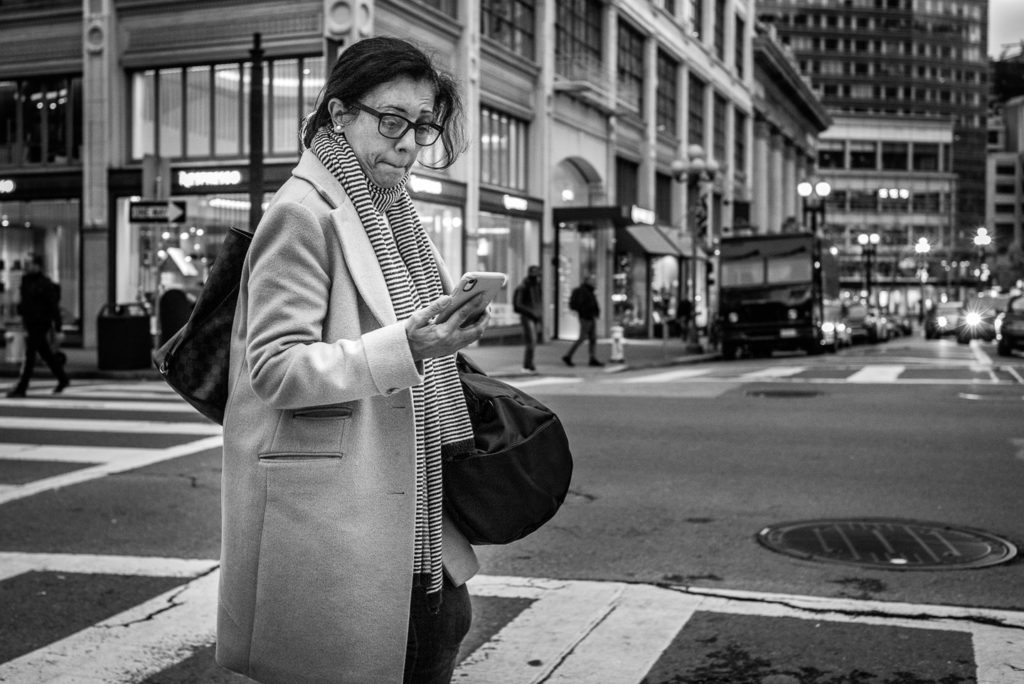 Shooting wide open with fast lenses is obviously a double-edged sword: You can defocus the background, but it can be tough to get your subject in focus with such a shallow DOF. If you’re going to do it, you just have to accept that you’re going to miss a lot of shots, with the potential payoff that when you get one, it looks good.