It was a bright, sunny day at the track last Sunday, unlike the previous Sunday when it was overcast and perfect for outdoor portraits. I took only one shot in the direct sun because it was a group and I couldn’t avoid it. You can see why it’s a bad idea. Even with bringing up the shadows on people’s faces in Lightroom, the shadow patterns are still distracting. 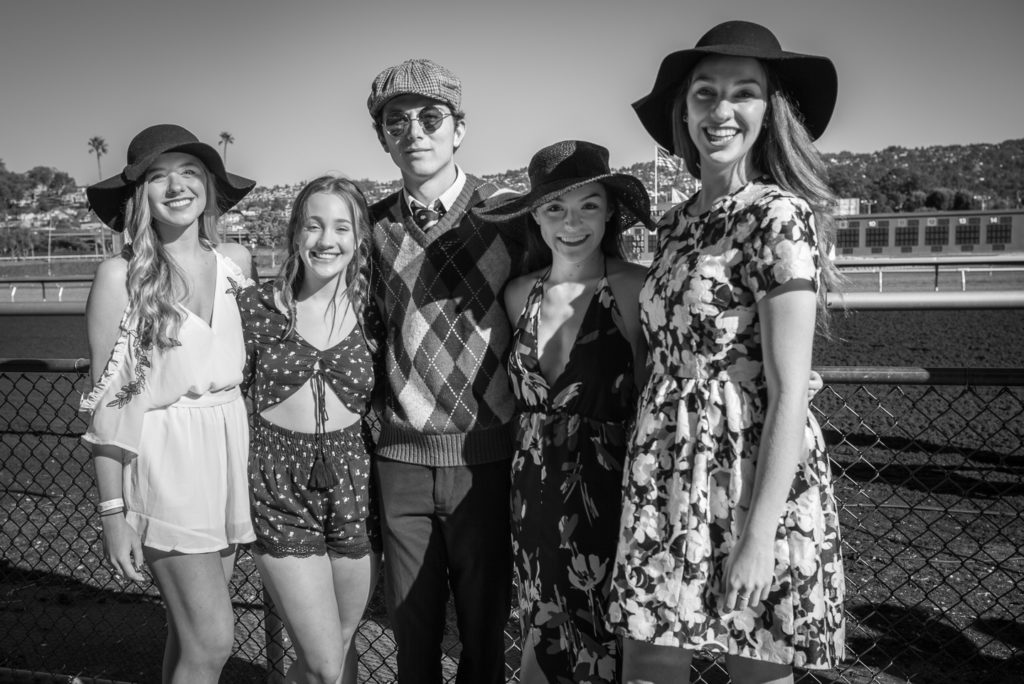 As has been the case with my other visits, just about everyone I asked said yes. This shot doesn’t show much environment, which I’ve been trying to do, but the couple were nicely dressed and photogenic. 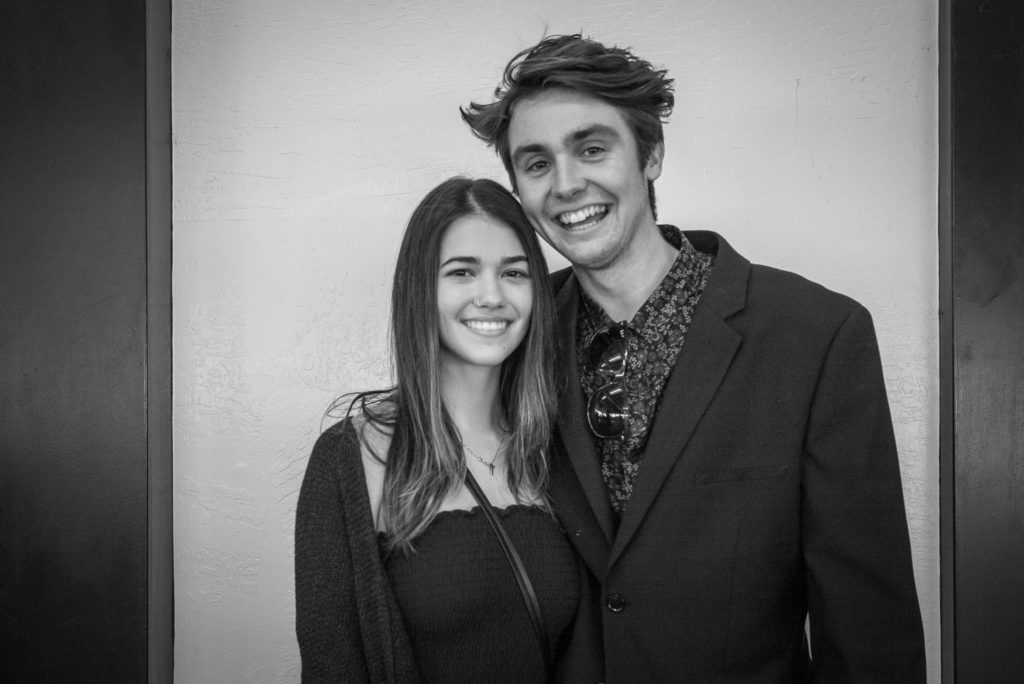 This woman did a great job of posing herself. I think she was a photographer, because she commented on the camera I was using. The first shot was her pretending to have lost her bet on the race. 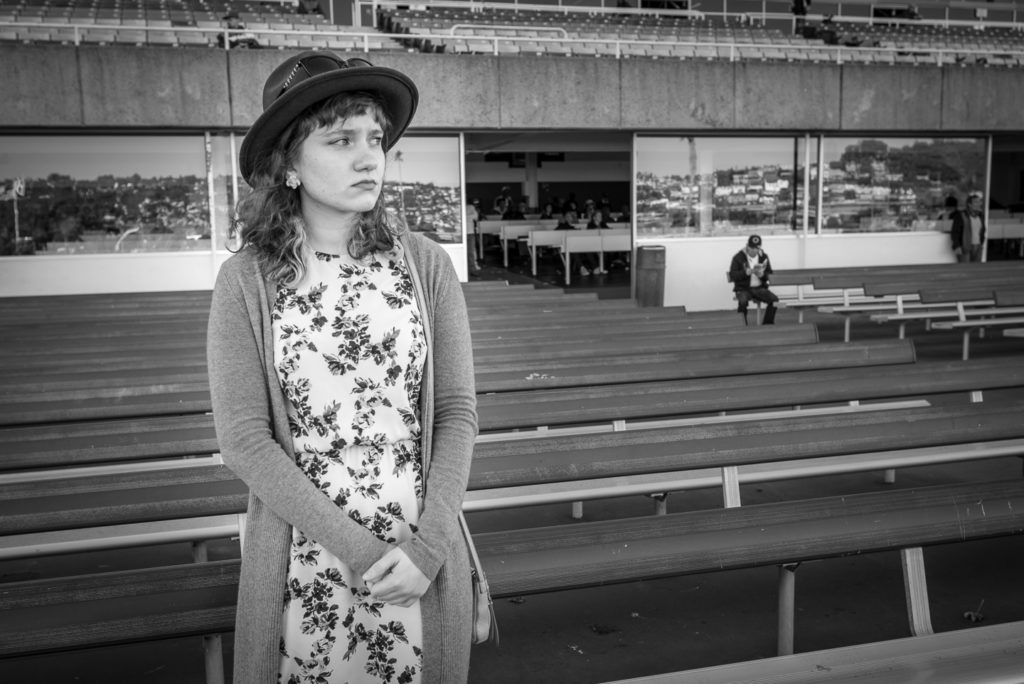 Here she is after she won. 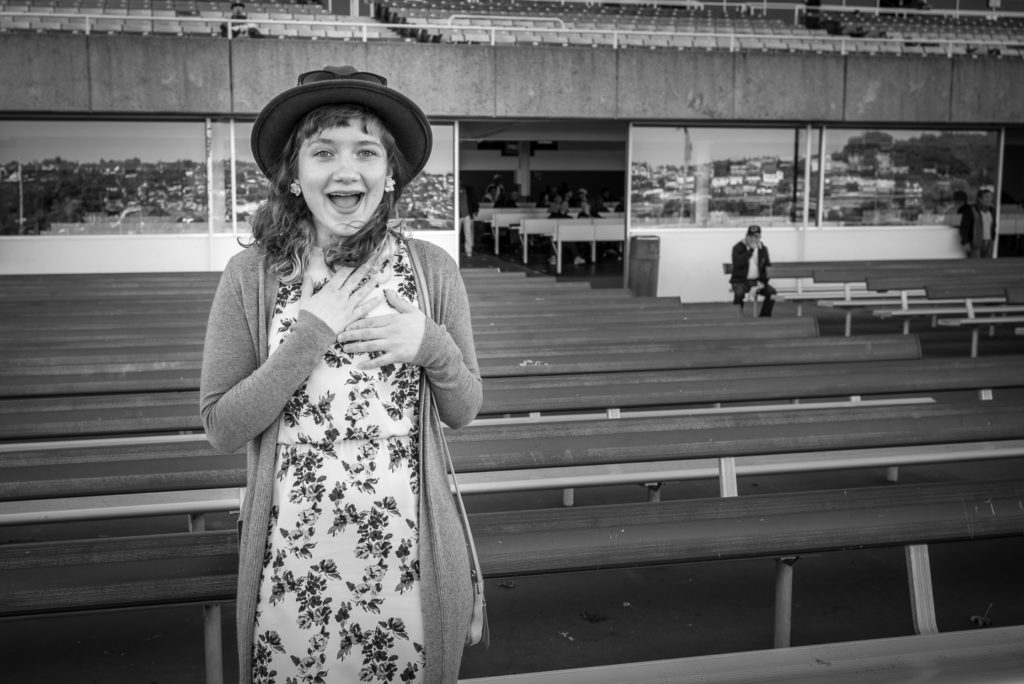 The track has really been a goldmine for street portraiture. I now have more than enough choices for my client in terms of picking photos to use on a website or in a gallery. That’s because there’s a huge variety of people at the track, many of whom got dressed up specifically for the outing, and they’re more than willing to play along with me and have their photo taken. That, plus the fact that I’m working in an “official capacity” for the track, means I get much better portraits than I ever could by just walking around on the street and asking random strangers if I can take their photo.