Morning and Afternoon in the City

I’m no longer excited about taking shots of people walking in front of murals, but made an exception for this one. It’s still fun to try to get just the right stepping motion without shooting in Continuous mode. 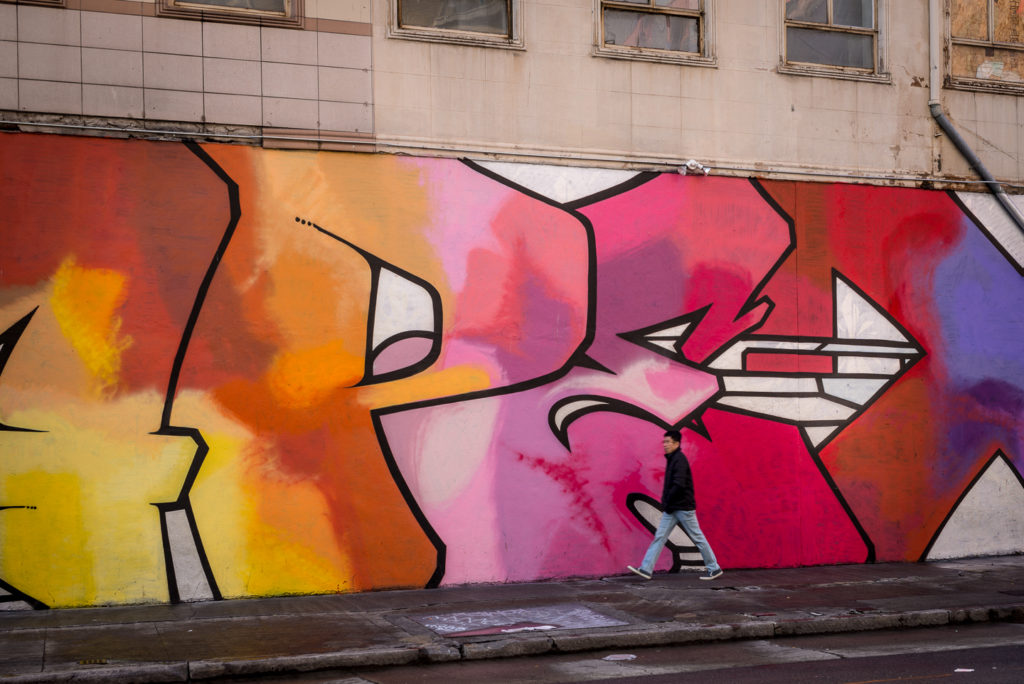 Staying on the theme of shooting colorful subjects primarily for the color, this kiosk in bright colors lit by the setting sun against a very dark background was hard to ignore. Just had to wait for someone to walk in front of it instead of behind it so I could get their shadow. 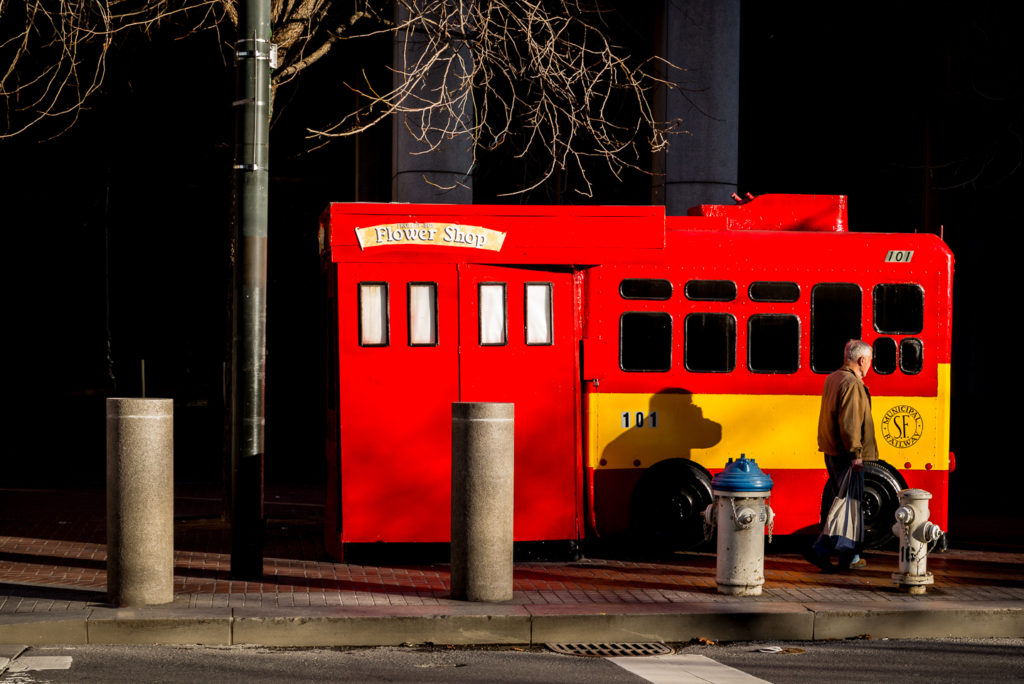 I talked for a few minutes with this young man, who knew about Leicas and bokeh—not typical for someone who says he’s virtually homeless. This is how he posed himself. 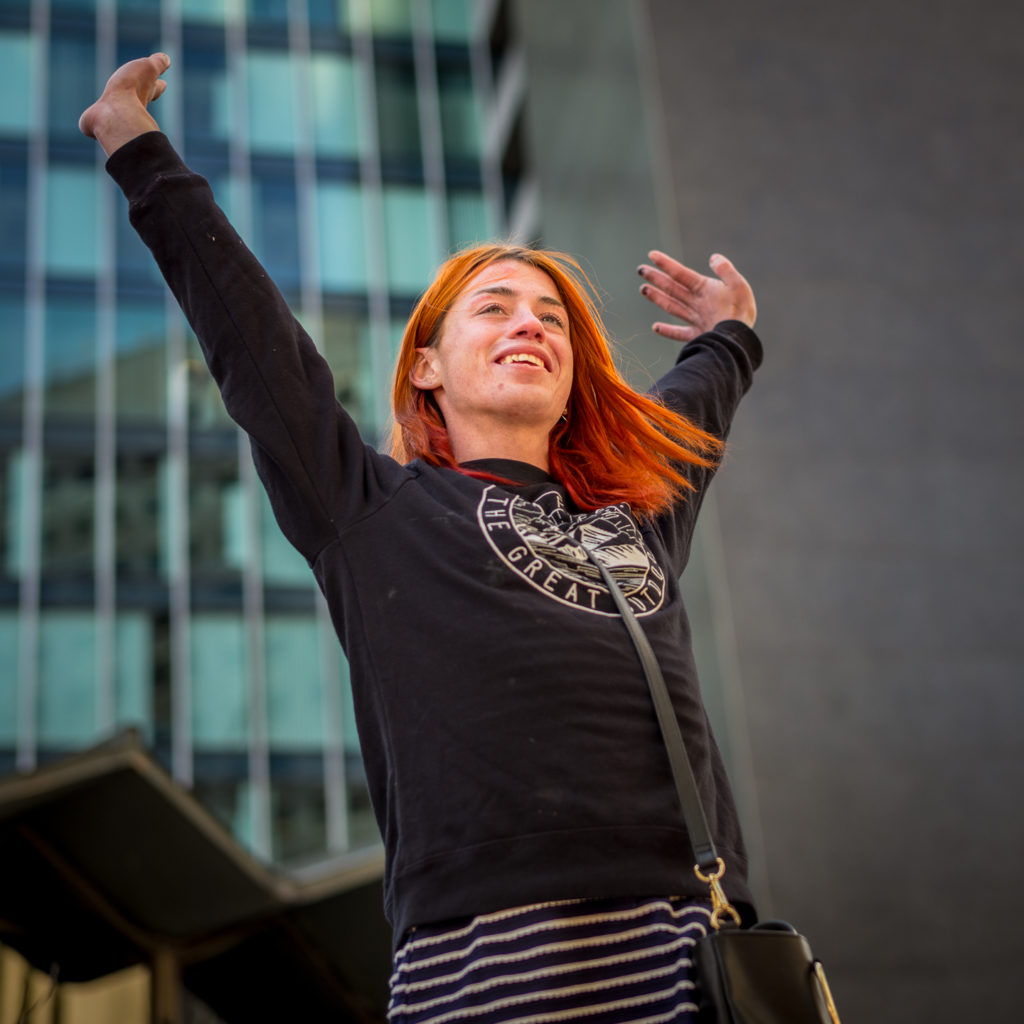 I think heading out with a theme in mind, as opposed to shooting whatever crosses your path, is a better approach in the big city, where’s there’s so much to photograph. That’ll be my strategy next time.