On my customary weekend trip into San Francisco two Sundays ago, I visited the Musée Mécanique on Fisherman’s Wharf. Wikipedia describes it as “an interactive museum of 20th-century penny arcade games and artifacts. With over 300 mechanical machines, it is one of the world’s largest privately owned collections.” It’s definitely a time capsule—a bit dingy, but an amazing agglomeration of old coin-operated games. Admission is free, but you have to put coins in the machines to play. 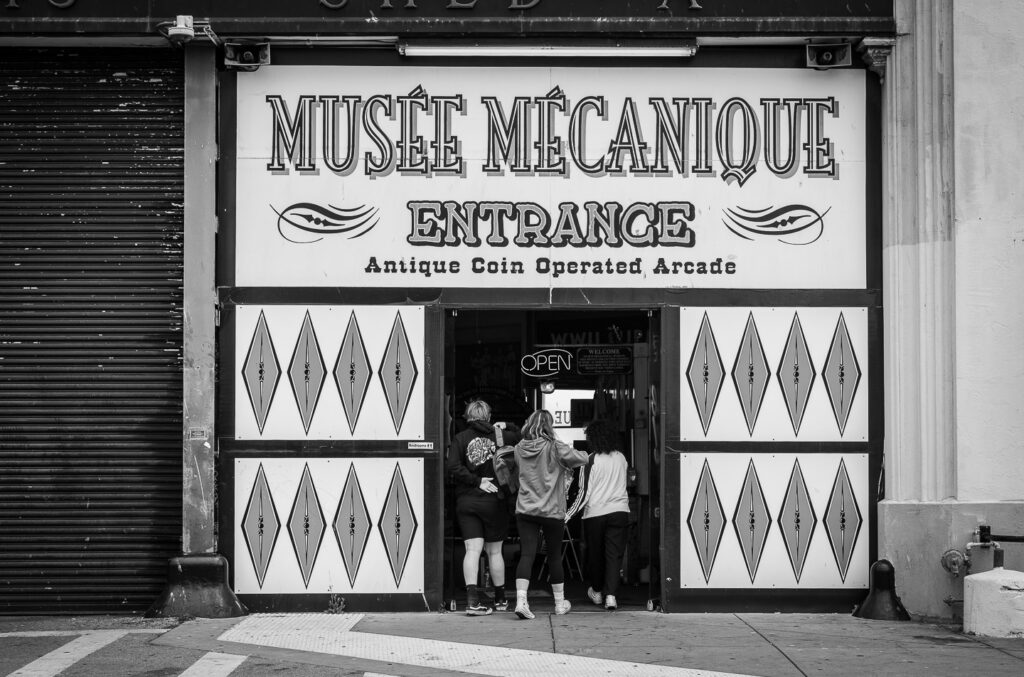 The most famous artifact is Laffing Sal, a “famously creepy” six-foot tall automaton that was a symbol of Playland, where the museum was originally located. Here he is. 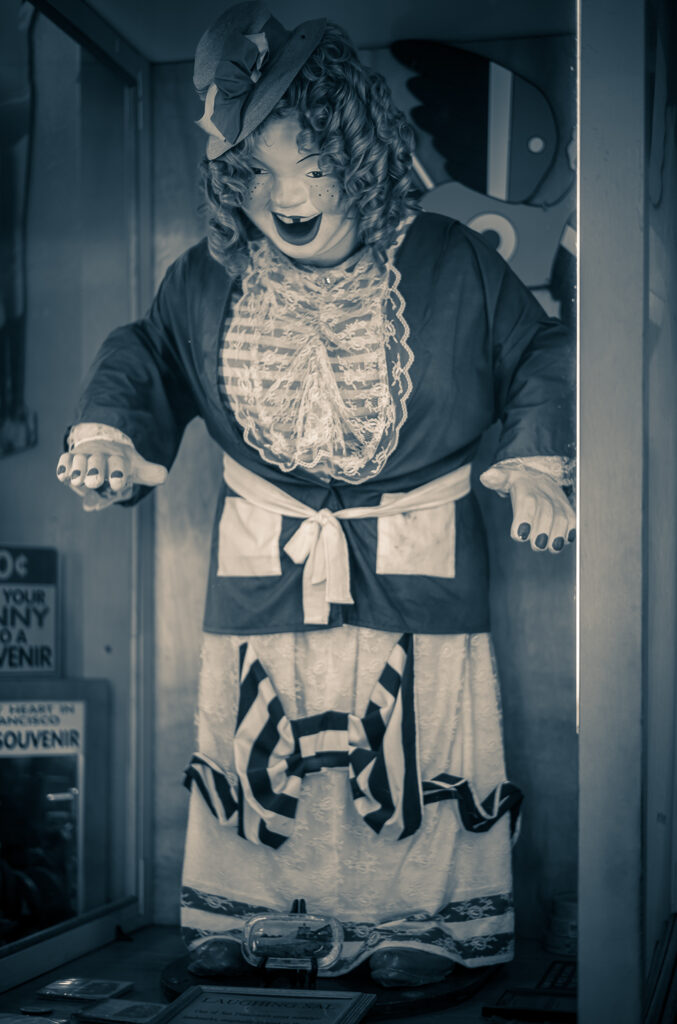 The primitive (by current standards) figures in the games are clearly from a different era. They all just look—odd. 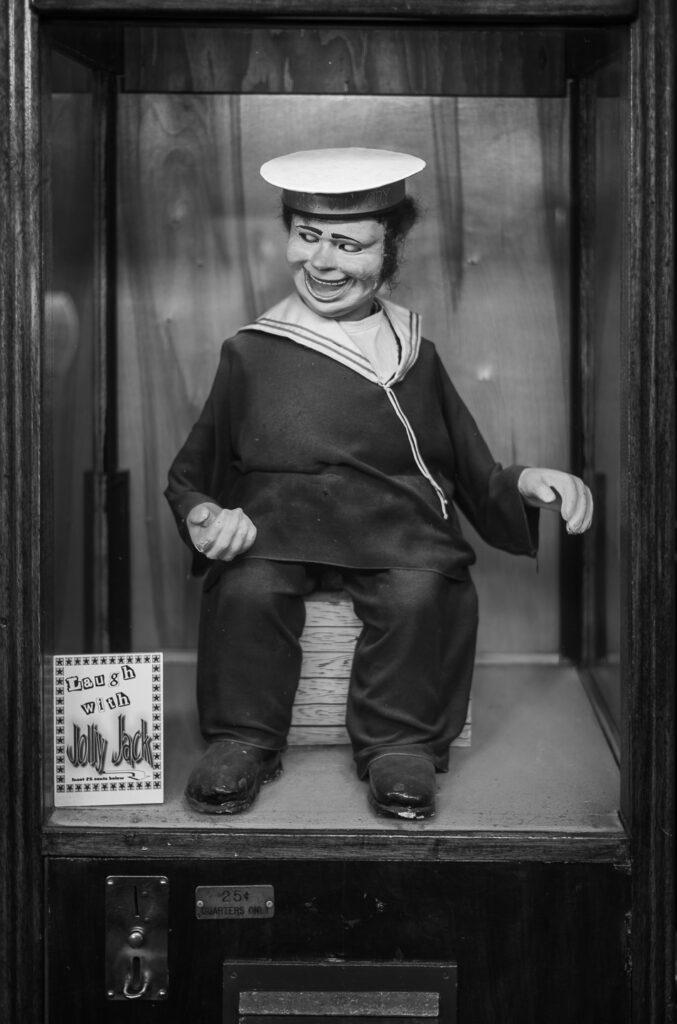 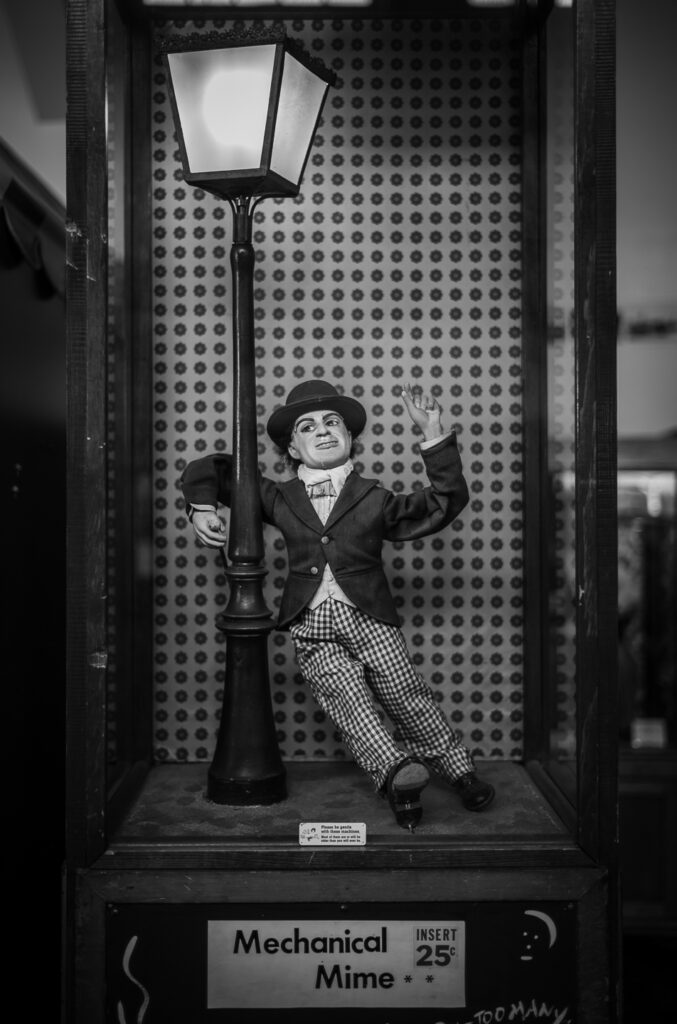 There are several fortune tellers in the arcade, guaranteed to give nightmares to anyone under 10. 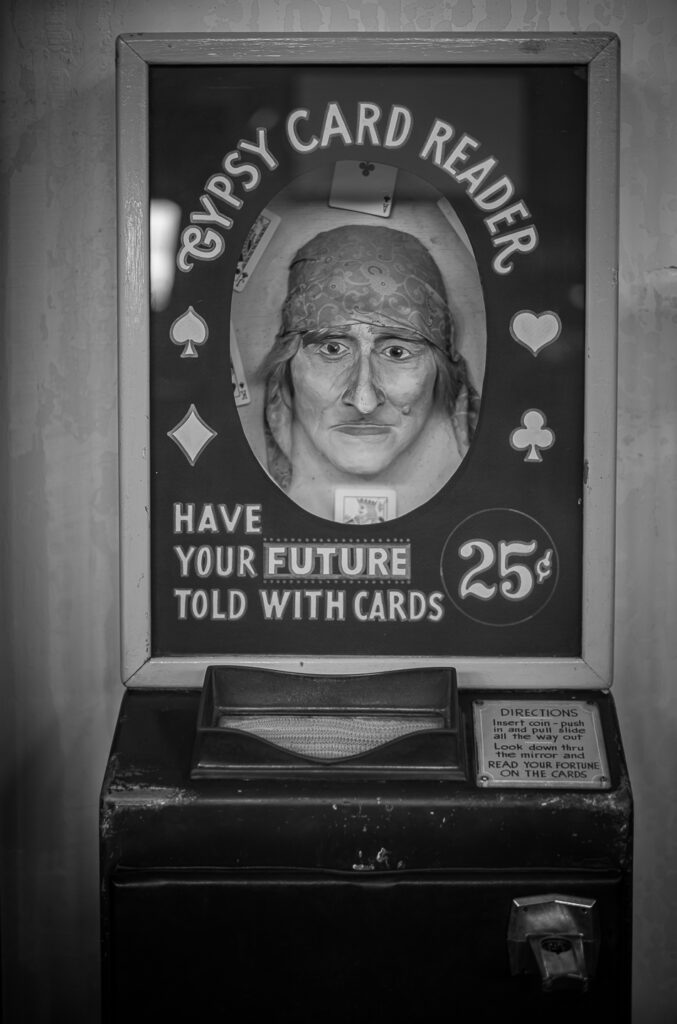 For a photographer, it’s a real find. I had a lot of fun shooting the arcade with my monochrome camera, which very much fit the feel of the place. 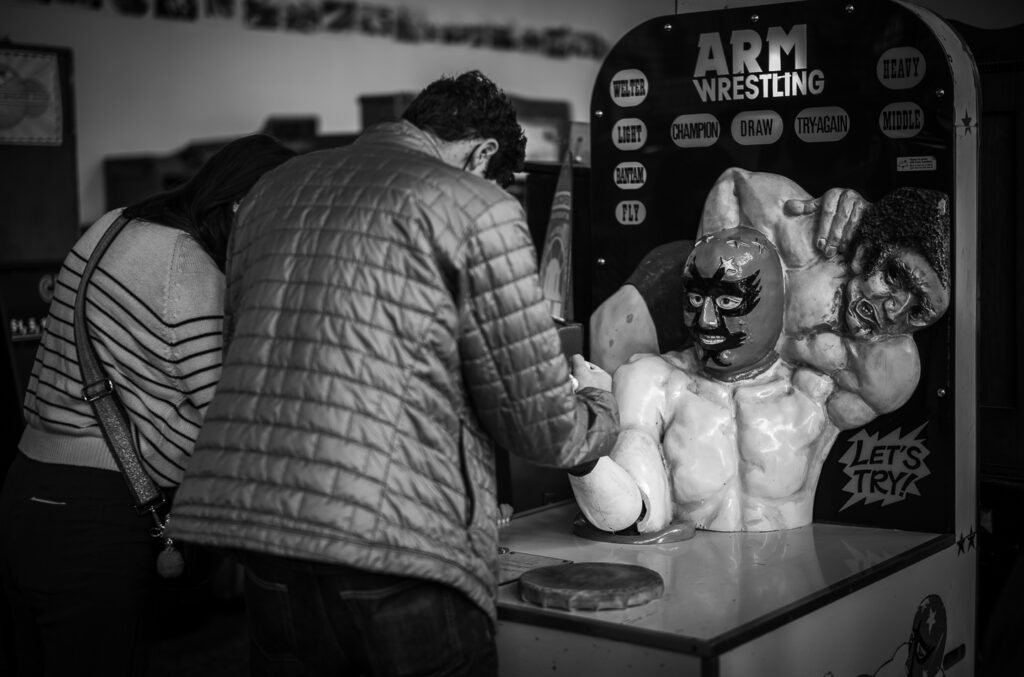 In 2011, U.S. News & World Report call the museum one of the top three “Things to Do in San Francisco.” Hmm … not sure I agree with that, but it’s definitely unique, and a real time warp. I may go back again soon, and next time, to get the full experience, I’ll play the games.