Out of Focus—On Purpose

I went to a workshop taught by Mark de Paola, a New York-based fashion photographer and filmmaker, whose style for his personal work—and often his commercial work—is to take photos where the main subject is out of focus. You can see examples on his website. His justification is that science has shown that “the entirety of emotional content in an image is in the out-of-focus areas.”

The class was really about shooting fast lenses wide open, but when you’re doing that on a manual-focus camera, the out-of-focus style, whether intentional or not, is hard to avoid.

Mark talked about how to photograph in that style, and we all tried it. I’m not convinced it’s right for me. I like many of Mark’s images, but none of mine. I guess it takes practice, and even then, most shots probably don’t work out.

Here’s one I took in the class. I’d say this shows the concept, but the execution isn’t great. 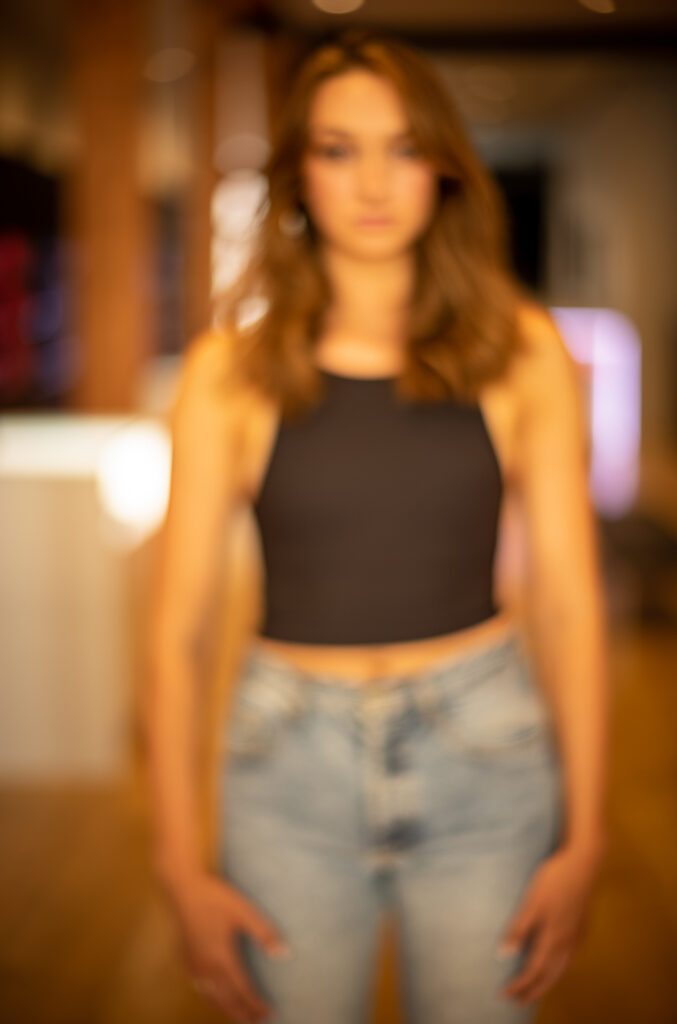 Mark also showed a technique for walking backward while your subject (a model, in this case) walks toward you. We all tried that, too. Before she started walking, I took this shot the traditional way, where neither of us was moving. Truth be told, it’s better than any of the ones I took while we both were walking. 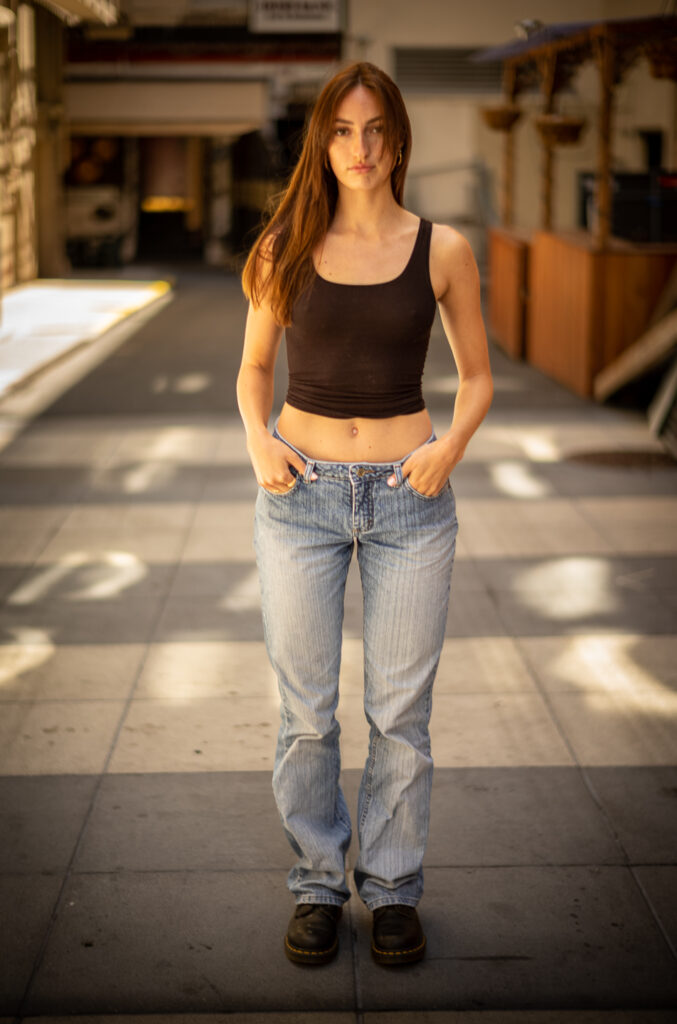 Although again, to be fair, this is a technique that also requires practice. I may try it in the future—but as an addition to a traditional shooting style, not as a replacement. 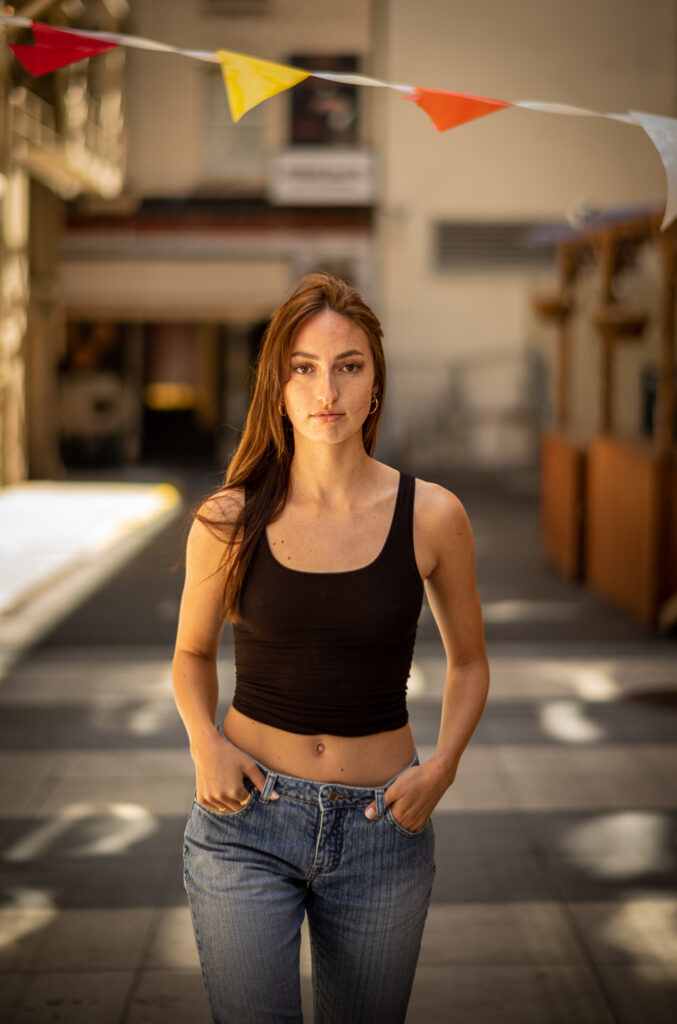 In addition to those outdoor shots, we took some inside. One assignment here was to change the color temperature of the images. This one is warmer than an accurate white balance would dictate. 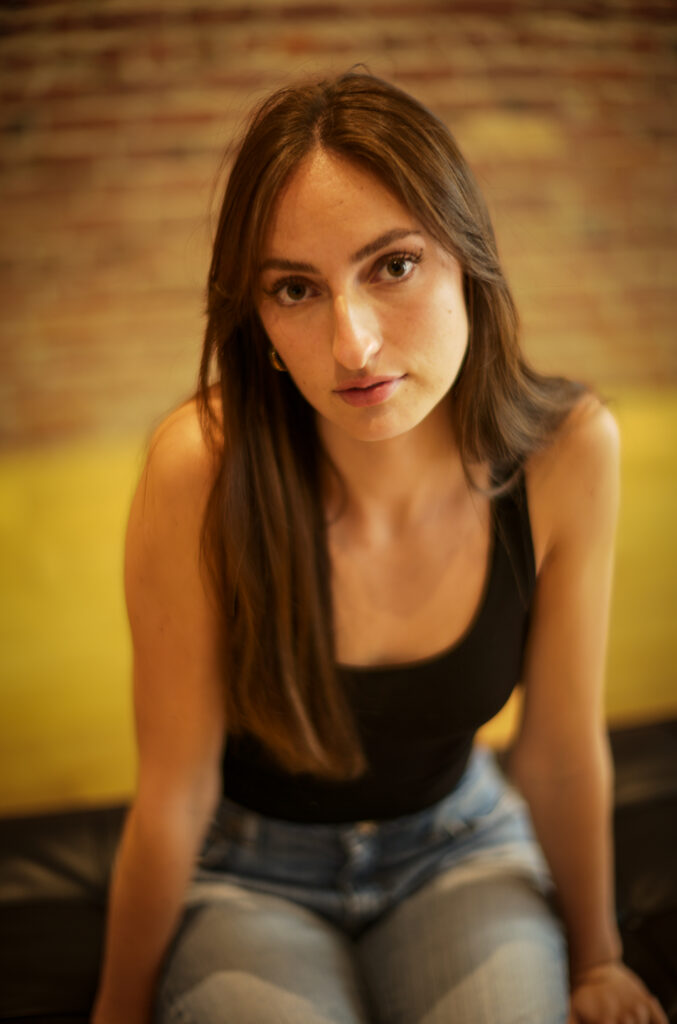 And finally, one more out-of-focus shot, since that was one theme of the workshop. 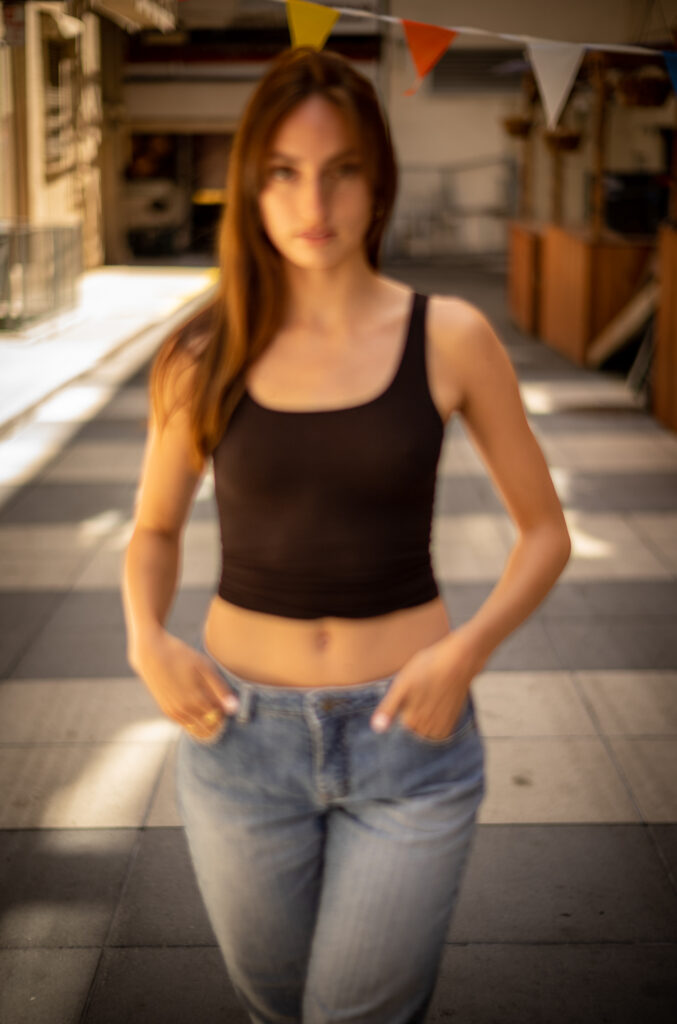