Last Sunday I went into San Francisco to photograph Carnaval. I’ve done it four times before, and each time I learn something I can apply for next time. The event always yields great photos, including portraits of the performers before the parade, performers during the parade, the backdrop of the Mission District, and the—very photo-worthy—spectators.

Using a manual focus camera and no zoom lenses is fine for the portraits, but wrong for the parade. I knew that, but it was reinforced yet again by this year’s experience.

Normally, I include only three or four photos in a post, because too many photos diminishes their impact. But I’ve included more here because there were just so many good shots available at the event.

This is the scene along 24th St., where I took most of my photos. 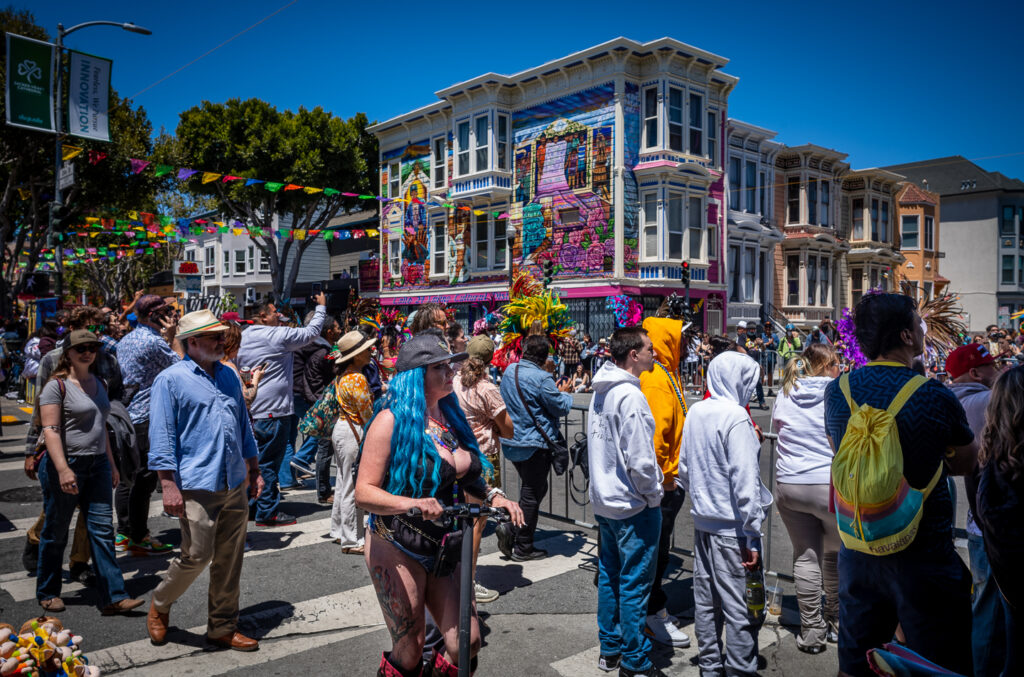 Here are a few of the performers before the parade. Many were standing on the sunny side of Bryant St., the staging area, and I’ve learned to ask them to move over to the other side of the street and into the shade before I take their picture. I’ve also learned to find a good background for the photos. Not always possible, but when it is, the photo is better. 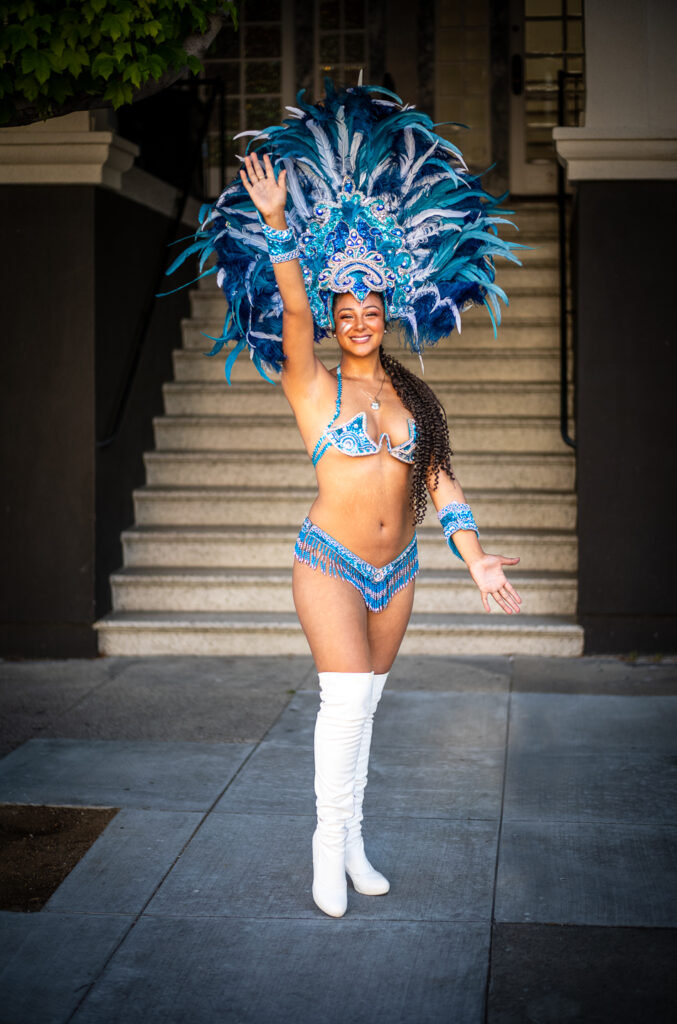 This man was not in the parade; he was another photographer, but I thought he made a good subject. 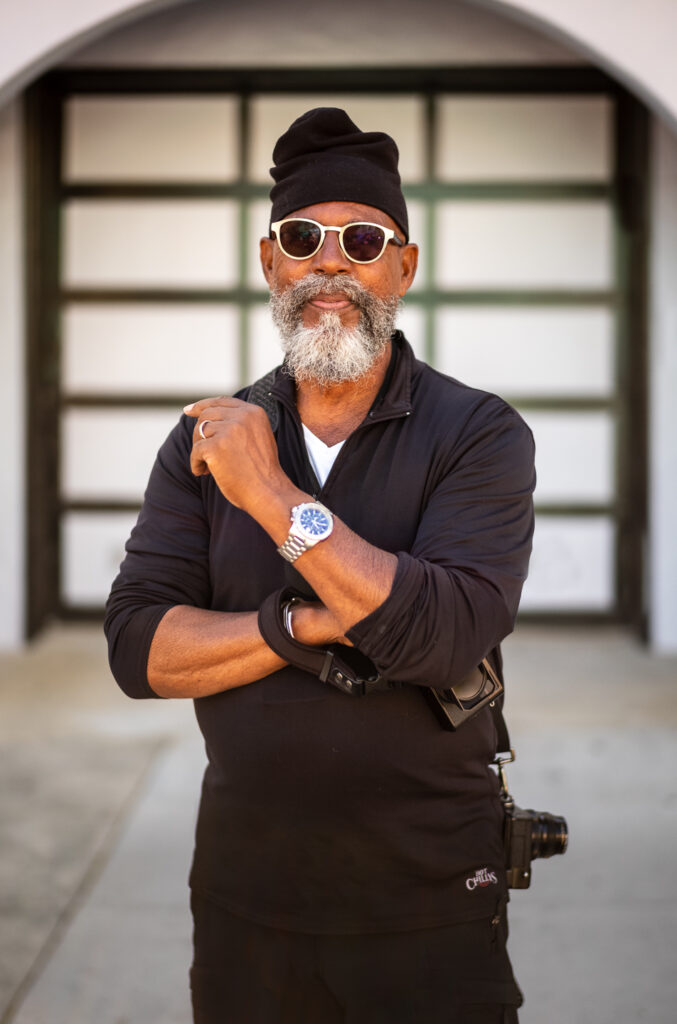 Color is what makes many of the the photos, like this one. 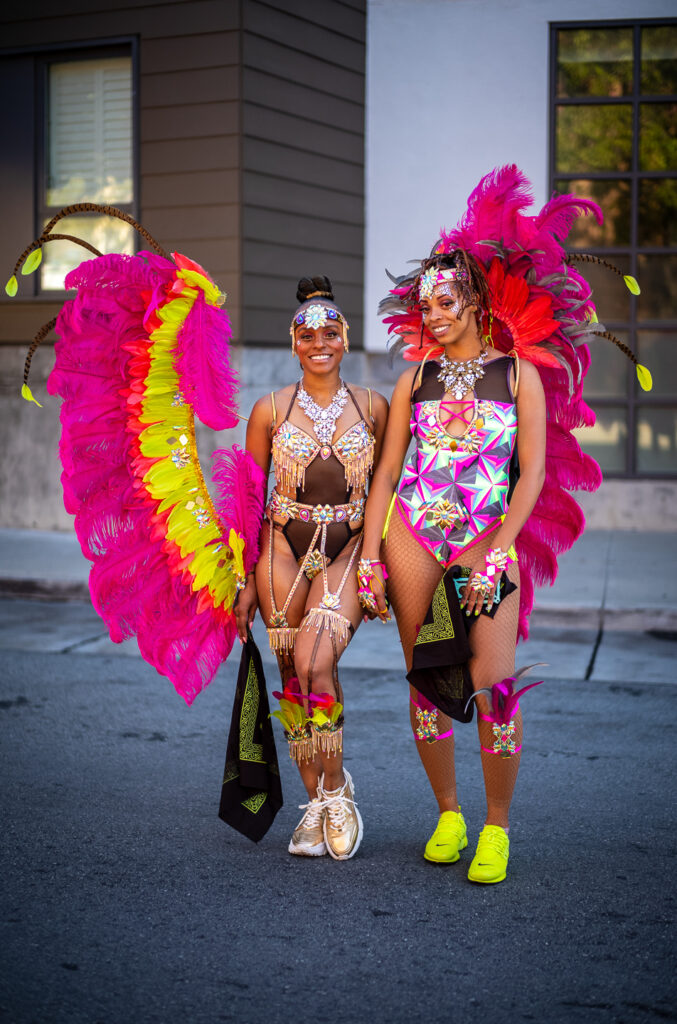 Along part of Bryant street you can find building facades with murals that make colorful backgrounds. 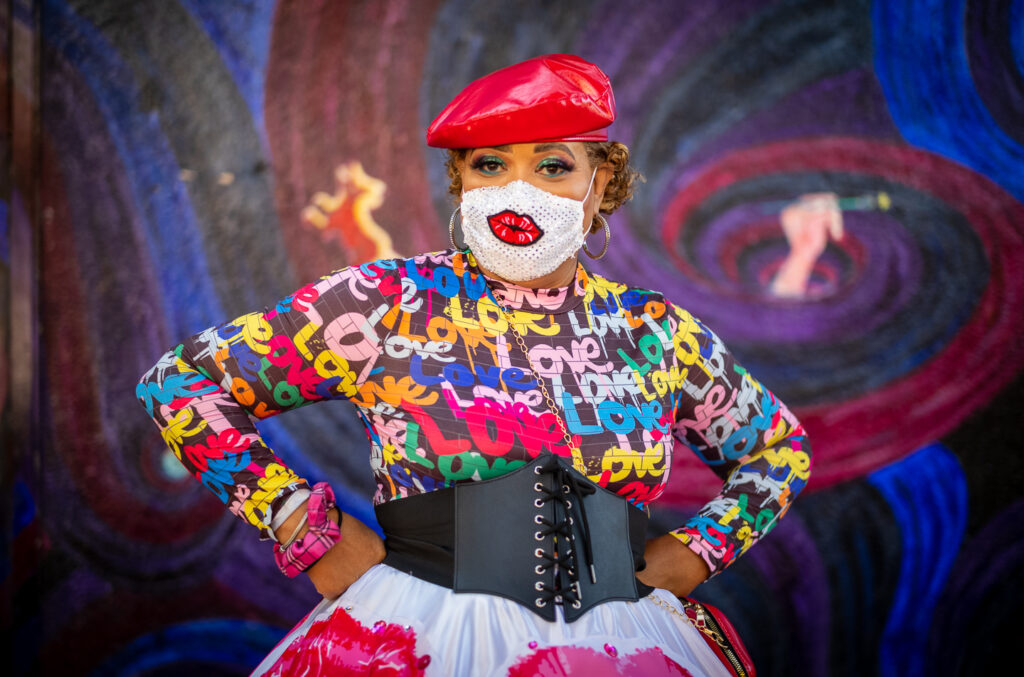 I didn’t manage to move this performer into the shade on the other side of the street. I wish I would have, because I had to remove several bright spots from her dress. But she had a great costume and she posed really well. 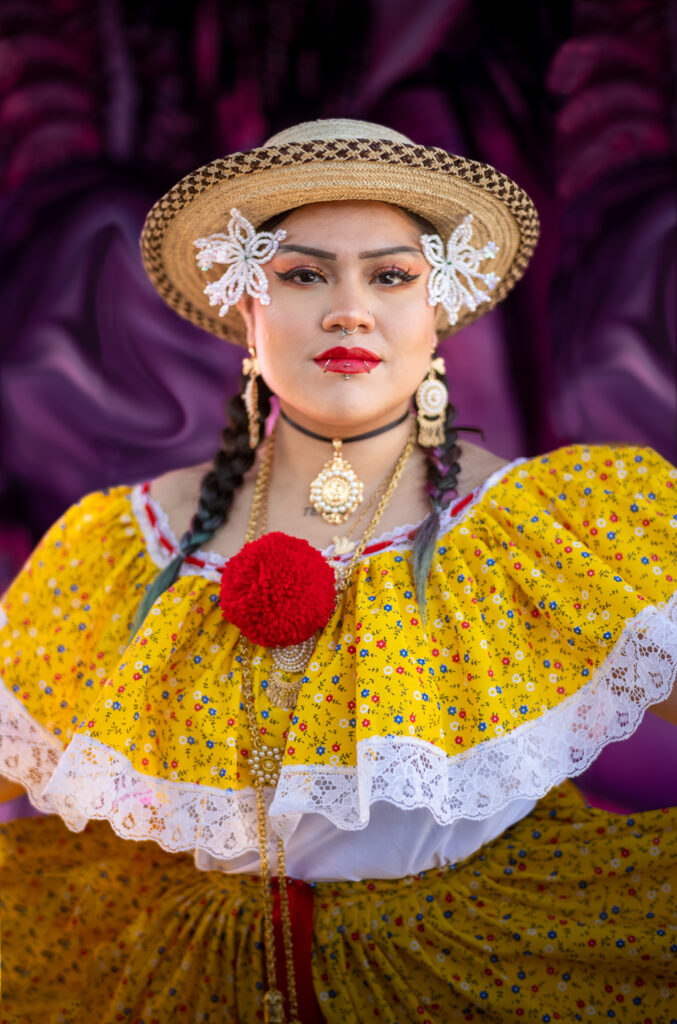 The spectators were as much fun to shoot as the performers. 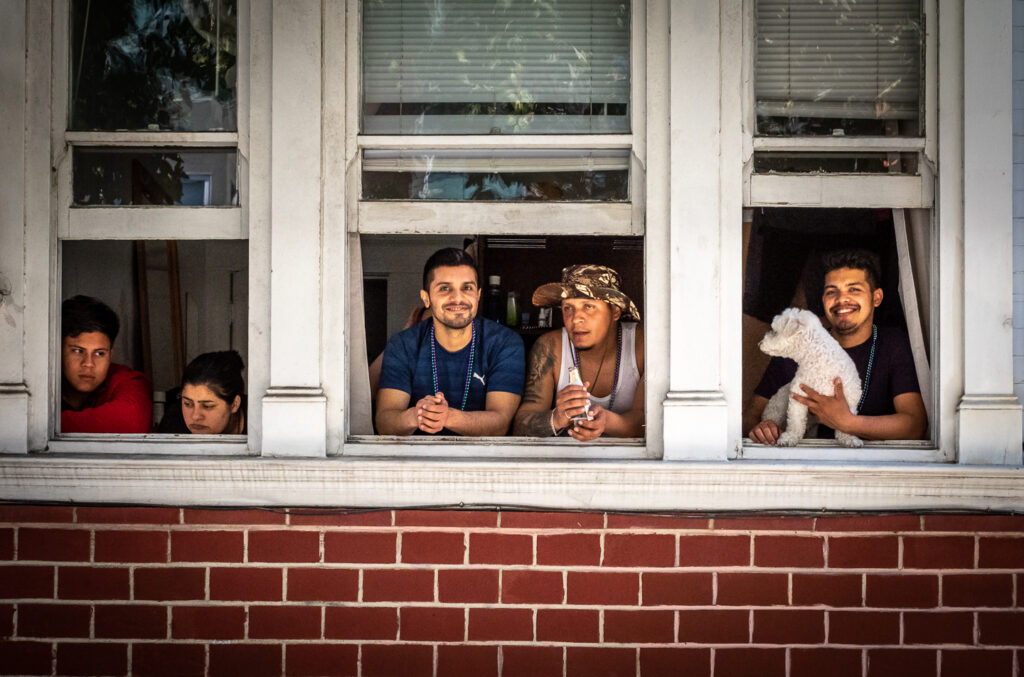 If only there were a Carnaval every weekend—I’d never be at a loss for good subjects.