Up Your Alley (also known as Dore Alley) is an annual leather and fetish event in San Francisco, known as the little brother to the much-larger Folsom Street Fair. This is the second time I’ve gone there to photograph the day. The attendees are friendly, and without exception, happy to pose for portraits.

This year, I was shooting with my monochrome camera and only one prime lens,  a 50mm that renders like a vintage lens, that is, a bit soft all over with noticeable vignetting. I was shooting almost all the time at f/1.2, which results in a really shallow depth of field and makes precise focusing tough. Sometimes I nailed the focus, often I didn’t. On a couple of shots that I liked, but which were slightly out of focus, I exaggerated the effect in post by adding a glow.

To start off, just so you know where we are: 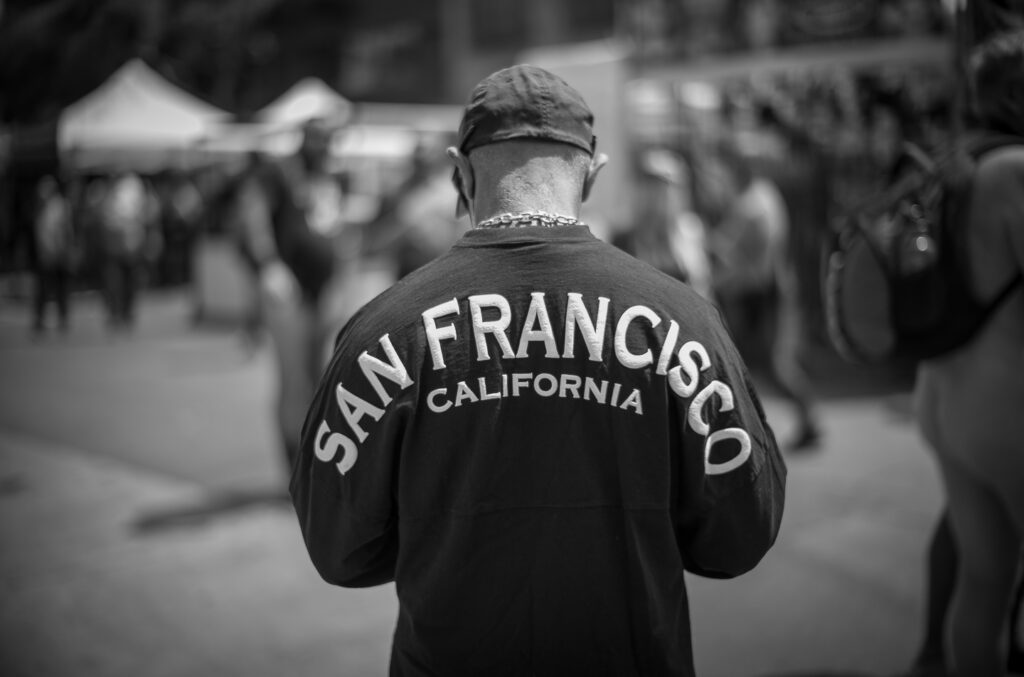 This young lady had black lipstick on. I told her I was shooting in black and white and she’d be perfect. She was happy to pose. I did increase the softness of the image, which was already soft.

The downside of shooting at f/1.2 is that it makes nailing focus tough. The upside is that you can totally defocus busy backgrounds, which is what you mostly have to deal with at the fair. But, having encountered that problem before, I made it a point to position myself in front of backgrounds I wanted and waited there, like a spider on his web, for good subjects to pass by. This brick wall is an example.

So is this alley, which gives the photo a lot of depth, without the distraction of lots of stuff going on in the background. 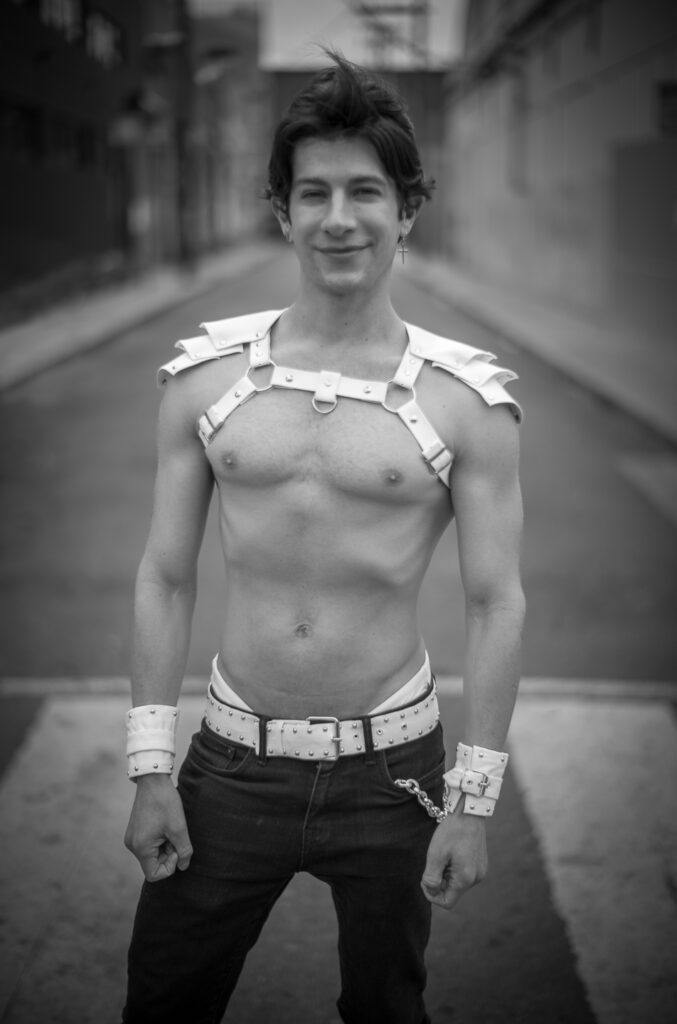 I waited a while for people to stop walking behind this woman so I could take the shot, but it was just too busy and I didn’t want to hold her up any longer. The passerby is pretty out of focus, though, so he doesn’t ruin the photo.

For street portraiture with interesting characters who like having their picture taken, this event is hard to beat. Except maybe by its bigger brother, the Folsom Street Fair. I’ll be there, too.