I know the Tenderloin isn’t the most photogenic, or safest, neighborhood in San Francisco. But it borders Civic Center, where I often go to photograph the government buildings and walk up and down Market Street. This past Sunday, instead of heading “down” to Market St., I headed “up” from Civic Center into the Tenderloin. I ended up with two satisfactory street portraits.

These first two photos are of Jacob. I had a fairly long conversation with him, gave him some money to buy coffee and doughnuts, and ended up taking his photo. As a rule, I don’t take photos of homeless people, which, like many others, I consider exploitative. I also almost never pay people to take their picture. But Jacob was lucid, and I’m not even sure he was homeless. He collaborated with me on these portraits, so they weren’t “stolen” photos.

The light in the plaza where we talked was direct, harsh sunlight. I asked him to sit on a bench, which was mostly in the shade, which helped. But there were still some highlights I couldn’t eliminate. 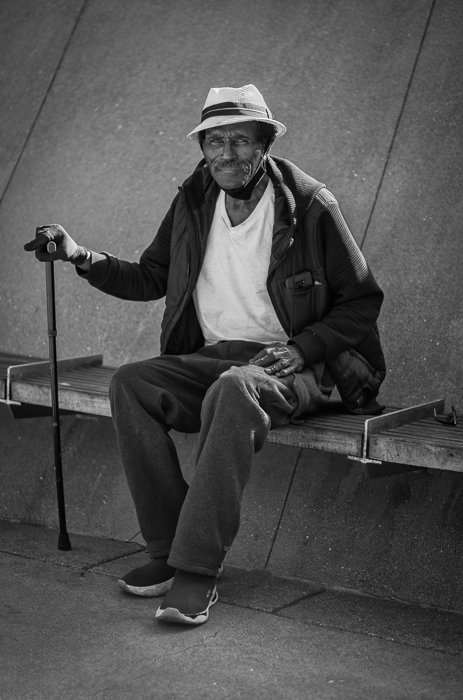 I also moved in closer for a head and shoulders portrait. 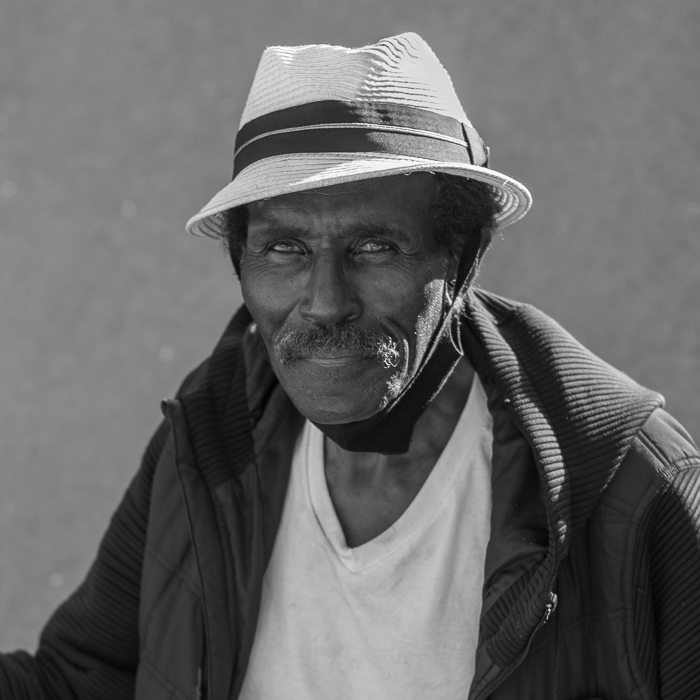 This young lady was a hostess at Charmaine’s, a rooftop restaurant attached to the Hotel Proper. I told her I was shooting with a black and white camera and really liked her black and white outfit, especially the Chuck Taylor All Stars. She was happy for me to take her photo. There was soft, even light shining into the entryway of the restaurant from the street behind me. 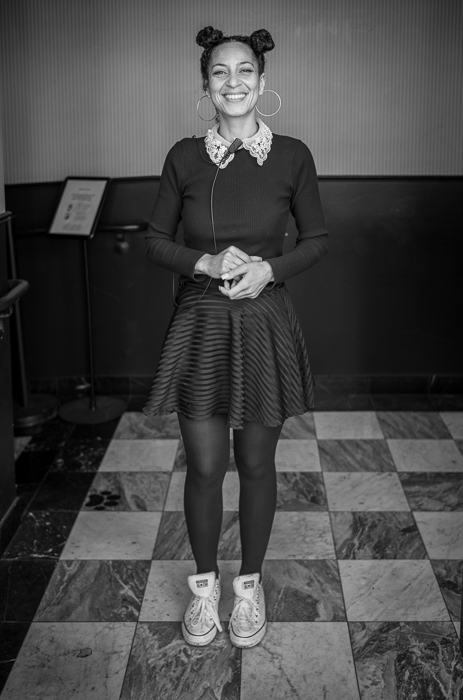 Here, I asked her not to smile. And I cloned out the microphone she was using. I prefer this image to the one above. 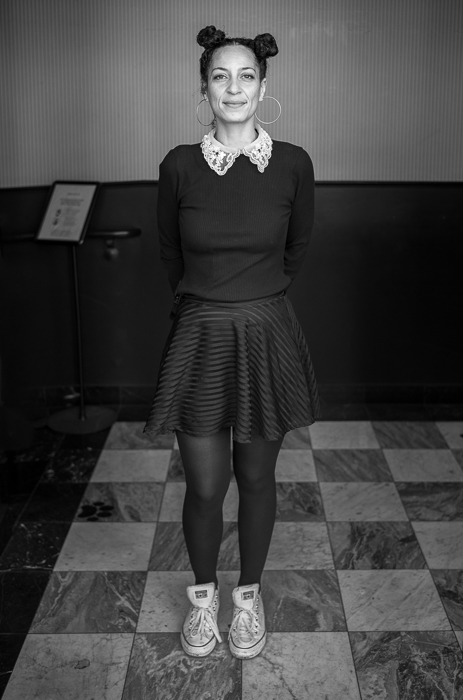 There’s no doubt that parts of the Tenderloin are rough, but everyone I met was polite and even friendly. Especially the two people whose portraits appear here.