I got to Treasure Island about 7:30 last Sunday morning. Because I knew the sky would be overcast that morning, my plan was to take some long exposures with a compressed dynamic range. I also planned to take the new ferry from Treasure Island to the Ferry Building. But its first departure was at 9 a.m., so I had time to do the long exposures first.

This is a 46-second exposure with a 10-stop ND filter. The upside of a sky like this is that the scene doesn’t have bright areas and dark areas. The downside is that the light is flat. For this scene, though, especially in monochrome, the evenness of the light is a plus.

This is about 45 minutes later. Different clouds. And I used color grading in Lightroom to give it a retro look. 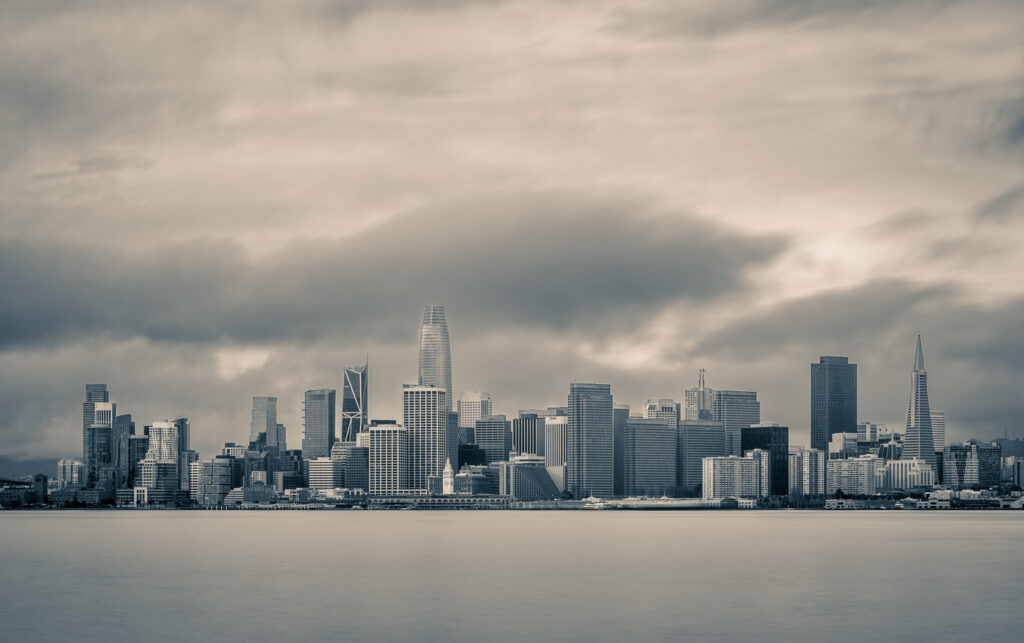 A pano of the sklyine from a spot on the shore of Treasure Island about a quarter mile from the location of the image above. Note the different relationships of the skyscrapers to one another.

Here’s the ferry arriving from the city. 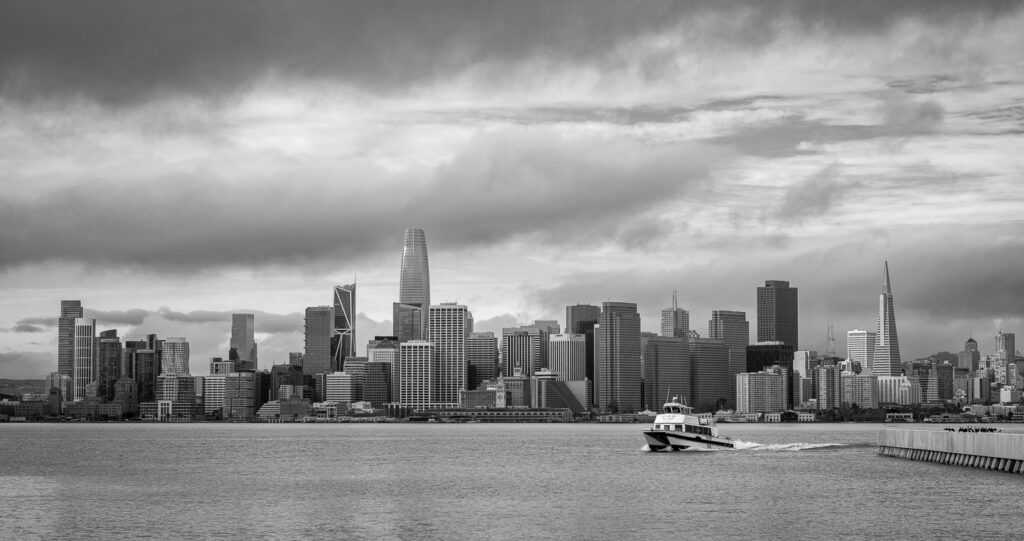 This was taken from the stern of the ferry as it started its return trip to Treasure Island. This is a shot you can’t get from land or from any of the piers. 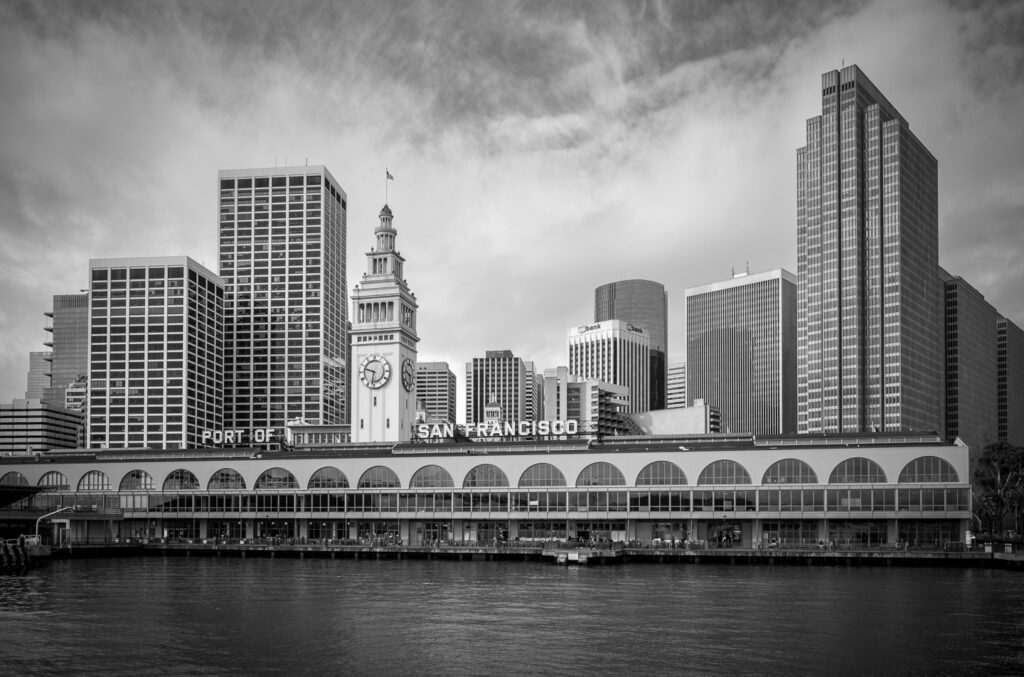 I was the only passenger on the trip from Treasure Island to the city. On the way back, there were two of us. I talked for a while to this woman who was part of the three-member crew, then, when we’d docked back at TI, I asked if I could take her picture. 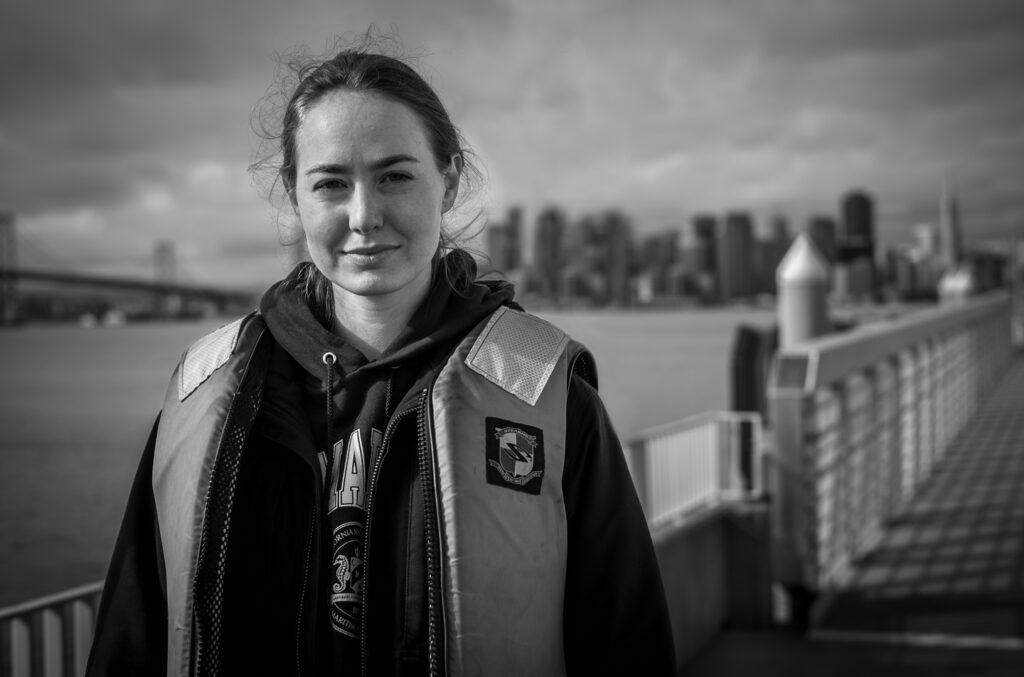 Now that I’ve discovered the ferry, I plan to take it again—but this time, around sunset. That would give me a chance to photograph the sun setting behind the skyline from a different vantage point than you can get on land.