There weren’t a lot of people out and about in downtown Oakland today because everyone was at Super Bowl parties. So maybe the street people stood out even more. Here are two I talked to and photographed.

I could see this man’s tattoos under his unbuttoned shirt and started talking to him about them. He said he got them all in prison and intended to do his whole torso, but it was too painful. When I asked if I could take his photo, he took off his shirt and sat down on the windowsill. He tried to smile, which I didn’t want, so I told him not to. I think he was a lot more comfortable not smiling. 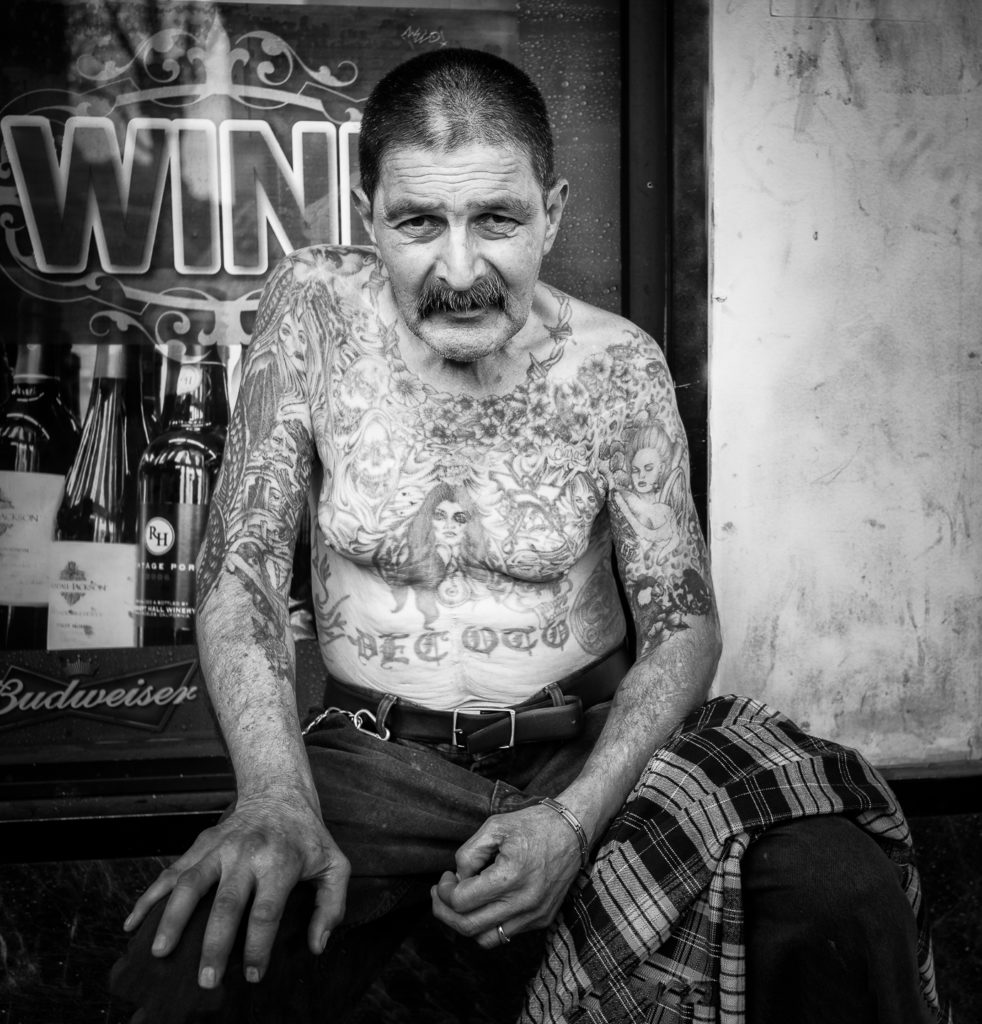 This man runs a sidewalk ministry. As we talked, it became clear he knew a lot about photography. He was talking to me about doing his own developing and about tonality in black and white prints. Then he said he liked this simple flyer on the wall and proceeded to analyze its graphic elements. Pretty surprising! I asked him to pose next to it. 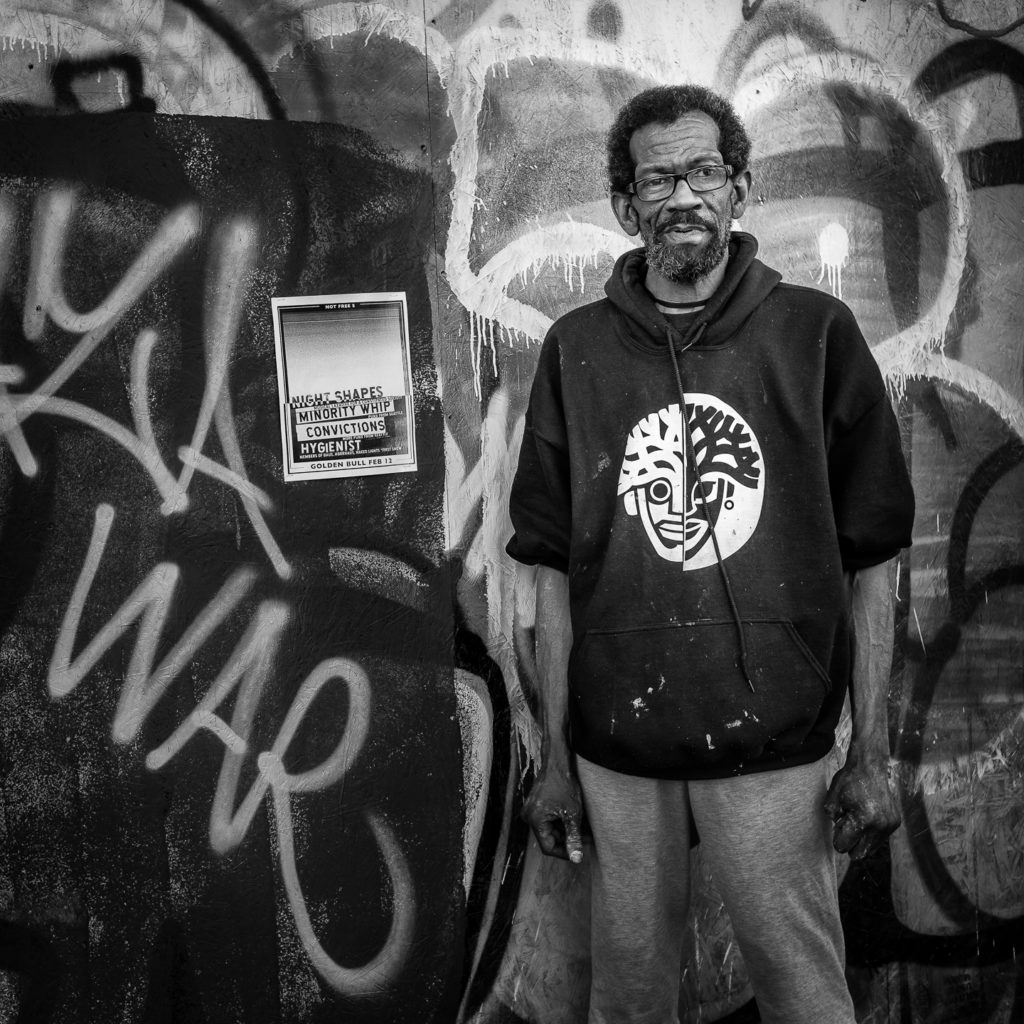