I went into downtown Oakland early today because it was predicted to get over 100 degrees in the afternoon. On previous Sunday visits, I’d noticed all the nicely dressed people going to early church services and my plan was to ask some of those church-goers if I could take their photo. So that’s what I did, and I had pretty good luck. Everyone I asked said yes. I also told them I was on a personal assignment to take Father’s Day portraits in Oakland—which was true.

I think these are all OK shots—none of them is a really good portrait. But it was a successful day for me because I’m normally hesitant to ask people for a photo. Today, I asked all these people and had good interactions with all of them. I should add that I made an effort to talk to them for a minute or two first, which always helps.

These two gentlemen were my first subjects. I like shooting with my monochrome camera, but the man on the left had on a purple suit! Oh well. Also, they’re in direct sun, which isn’t the best lighting, but there was no shade close by to move them into. 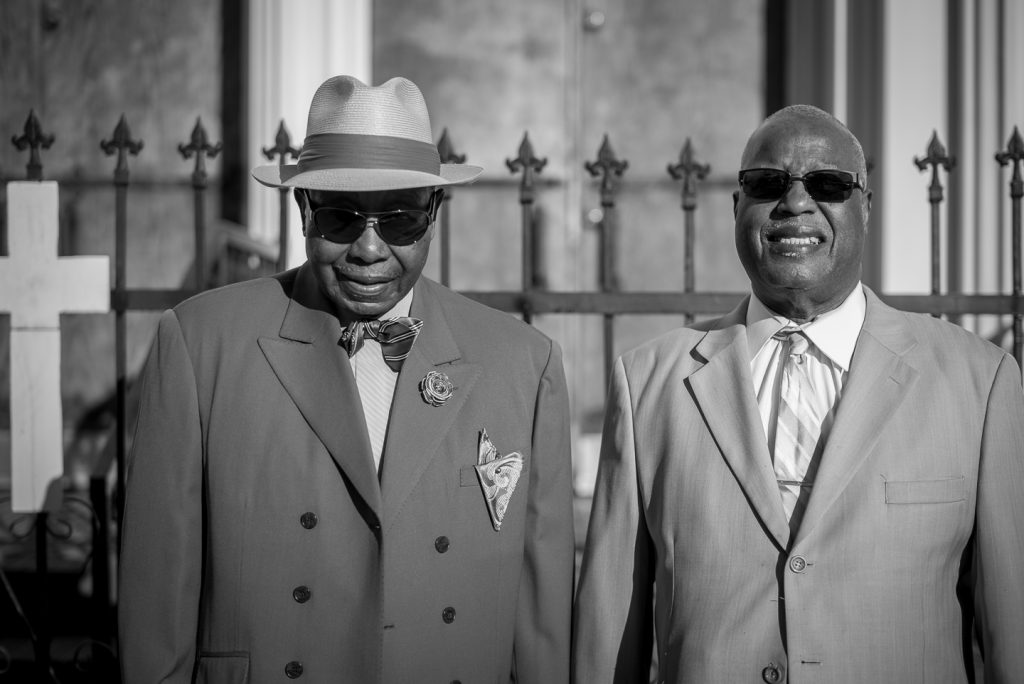 I walked and talked with this man for a couple of blocks, all the while watching the light and waiting for a spot in the shade. When we reached it, I asked him to pose. 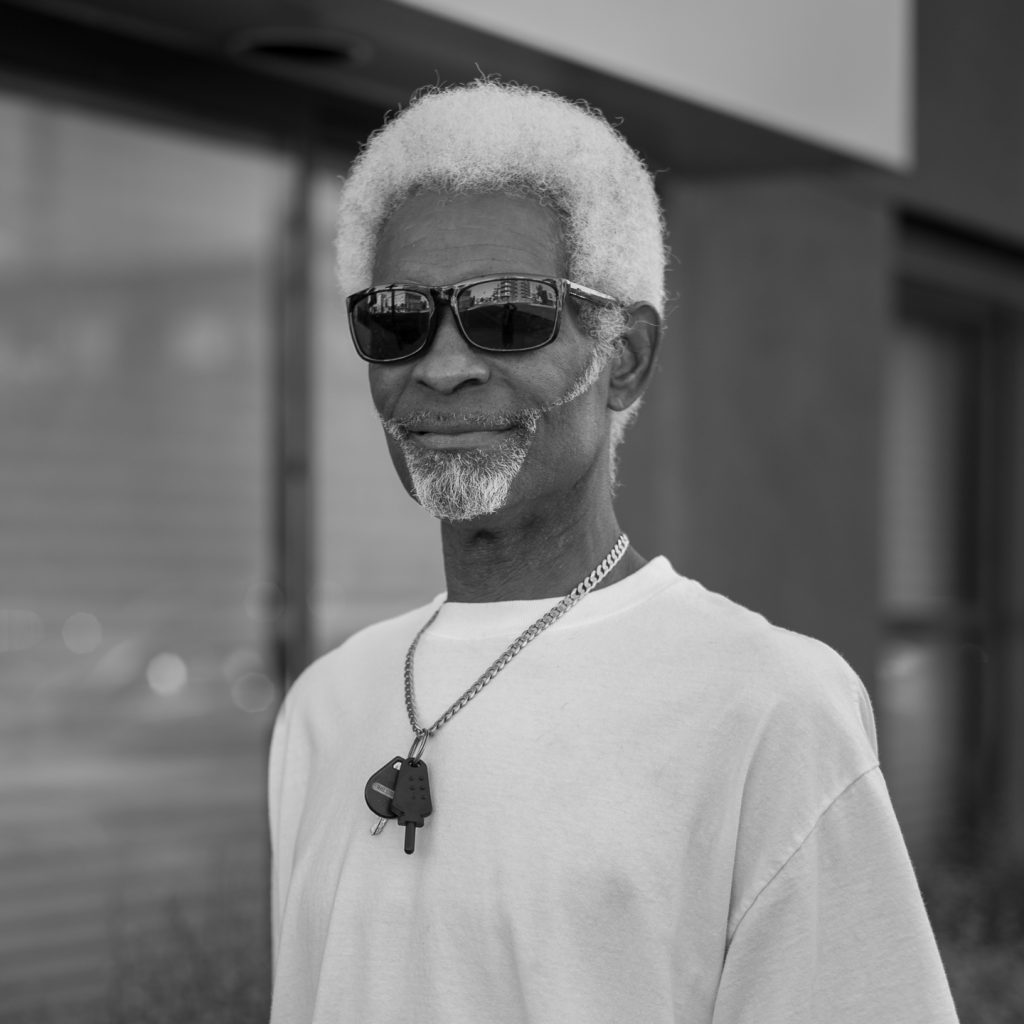 These two ladies were outside a church on Broadway, inviting people in for the service. I told them I wasn’t really a good candidate for a church service, but they still let me take their photo.

This was another case of someone standing outside the church inviting people in. I declined again, but he didn’t mind posing for me. 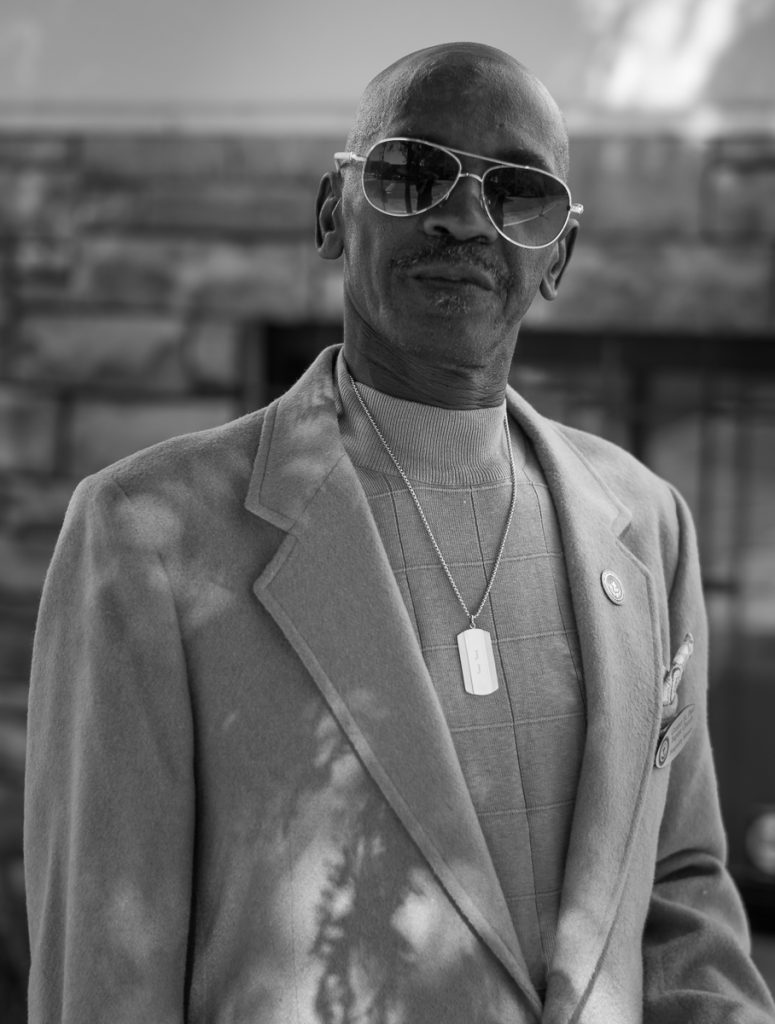 This man was sitting on the stoop outside his apartment, talking with a friend. I struck up a short conversation with them, asked for a photo, and moved him to the shade. We also talked for a minute about whether or not we’d get a call from our sons on Father’s Day.

The next step is for me to be more patient and take up a little more of my subjects’ time so I can get a couple of photos and maybe improve their pose, or expression or background. I hope I can do that before next Father’s Day 😉