The Impact of Shallow DOF

I tried to think of a good analogy for what it was like to capture this image. I was trying to nail focus on the eyes of a very active, constantly moving child, using a 50mm lens set at f/1.4 on a manual-focus camera. I was shooting from only a few feet away. My analogy is that it was like trying to thread a small needle while riding in a fast-moving car on a very bumpy mountain road. It was a hit-or-miss proposition, with far more misses than hits.

But I did get this one, with a very shallow depth of field (DOF). Her eyes are sharp (well, at least the near one is) and the focus falls off before it reaches her ears. 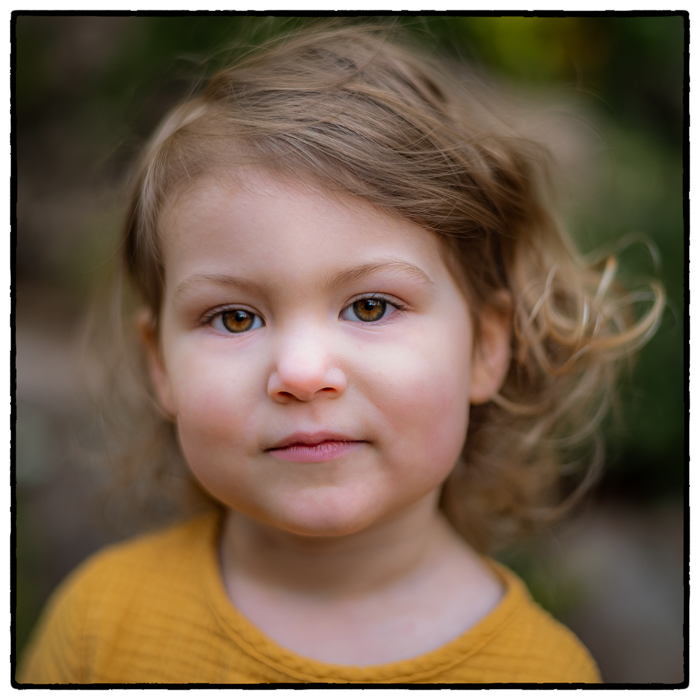 The effect is that her gaze is arresting.

Here’s the only other shot I got from that session, out of probably two dozen tries. 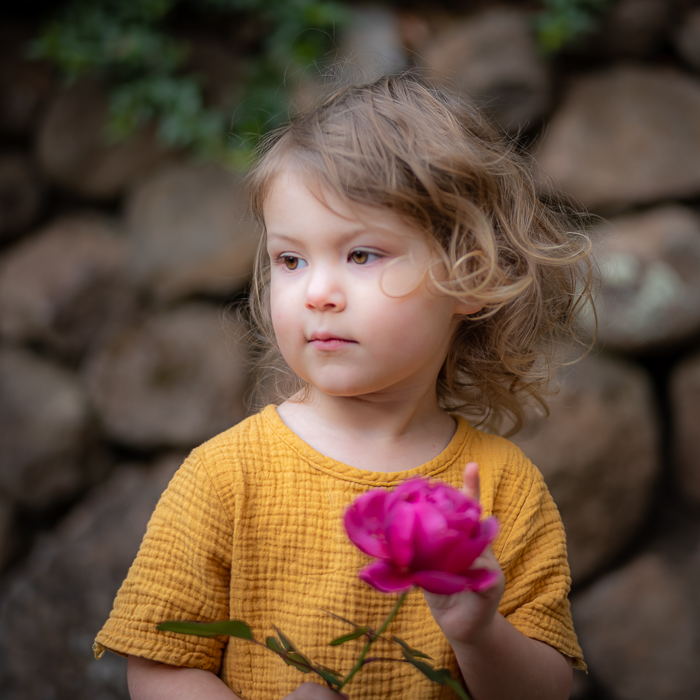 It has its appeal, but not the impact of the first one. That direct look and the shallow depth of field really directs the viewer’s attention to her eyes. I’ll remember that for future portraits—hopefully, of adults who actually sit still.