My group of portrait photographers recently got the assignment to photograph artists working in a building in Marin County that’s dedicated to artist studios. I visited three artists there, and did environmental portraits of them in their studios. Two of the spaces had very good natural light, and even the third had acceptable lighting.

I spent about half an hour with each artist, and shot each of them in a variety of poses. I paid special care to take images in both landscape and portrait formats, so that they would be able to use the photos in any layout, regardless of the format needed.

I used 28, 35, 50 and 75mm prime lenses in the sessions. I shot wide open most of the time in order to separate the people from the backgrounds. I also tried to include their art in the photos, instead of taking just head shots, or posing them against a plain background.

The sessions produced many successful images; I’ll show only two of each artist, because I think too many images reduces the impact.

This is Erica. Her studio in a corner of the building had windows on two sides, providing soft, indirect light. Really ideal. 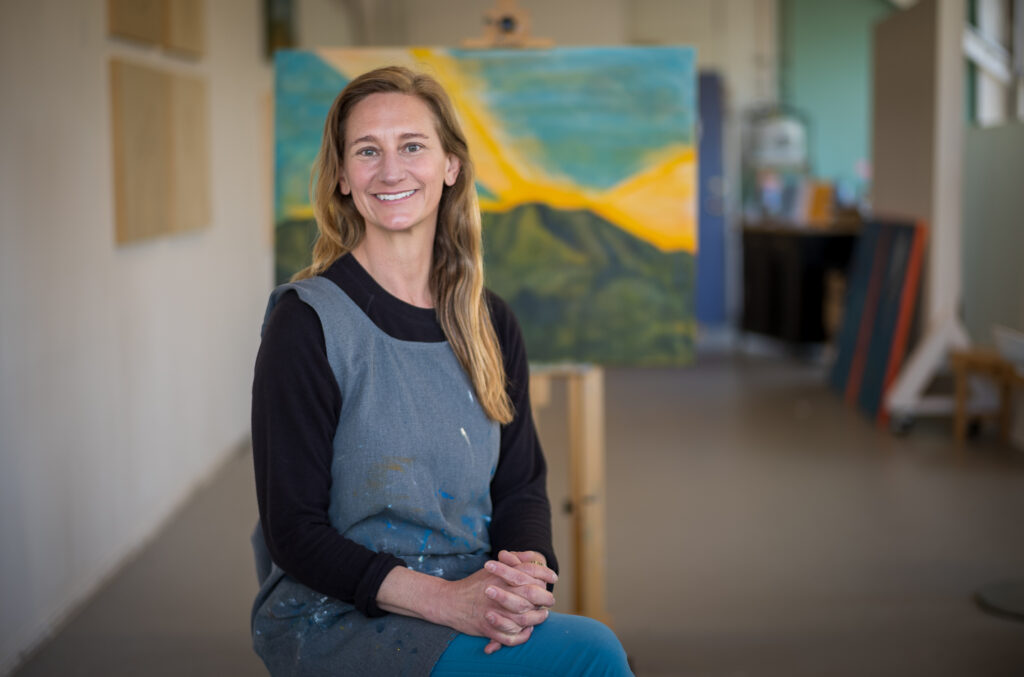 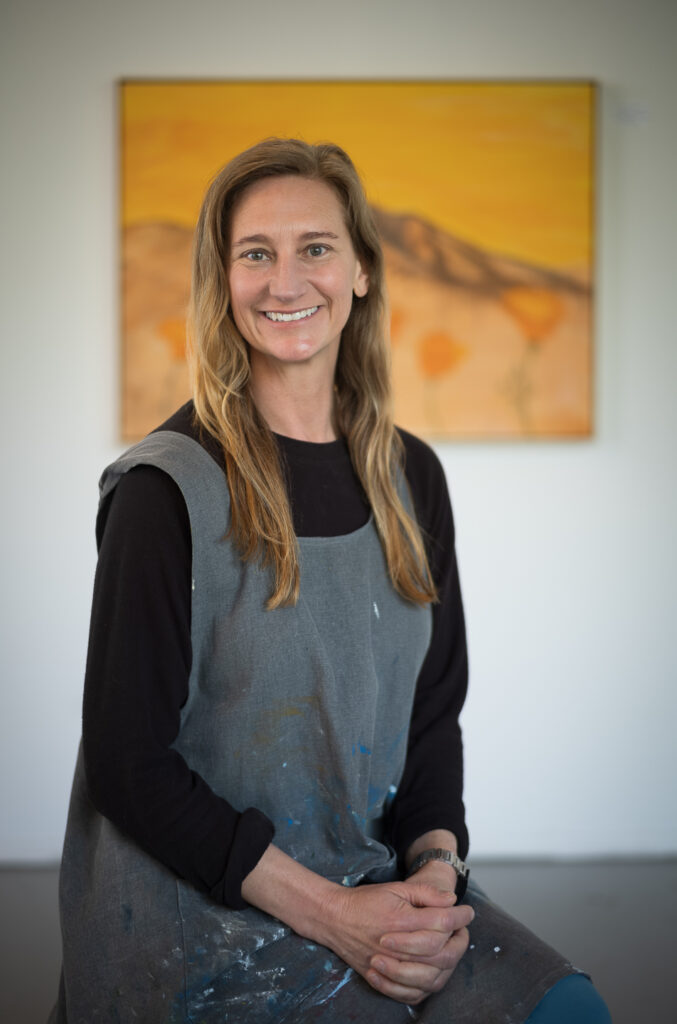 Anne-Marie’s space was smaller, and was lit by overhead lights. Not ideal, but still, it was light I could work with. These shots required more post production to improve the lighting. 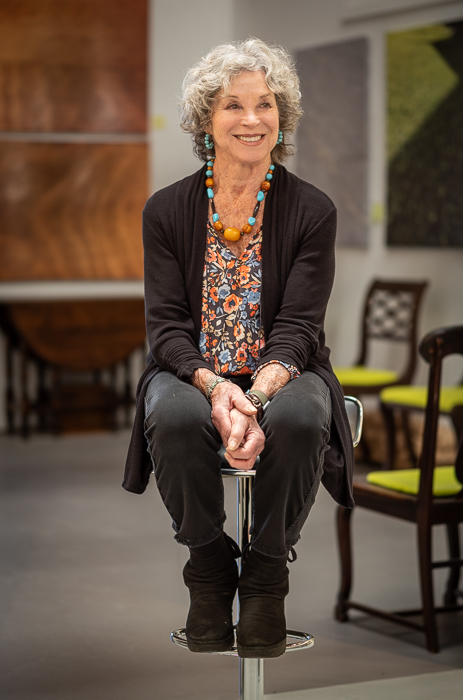 Dan’s studio was also in a corner and also had windows on two sides. I posed him facing one wall with large windows. He was front-lit, so he stands out from the wall behind him, which was not only dark, but further from the light. 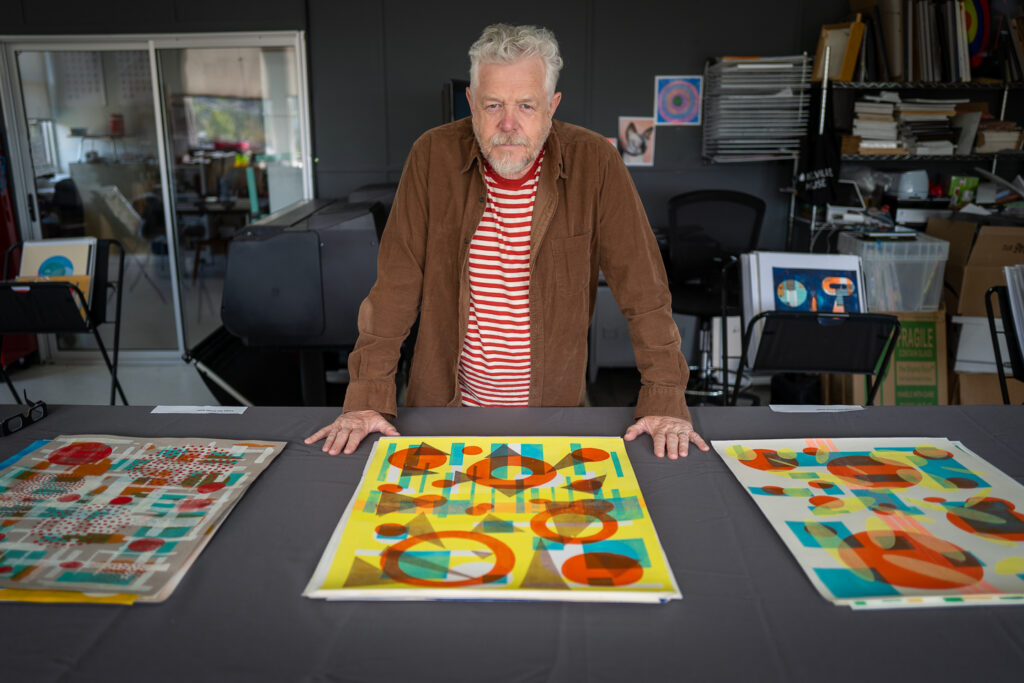 Here I posed him so he was lit from the side by that same set of windows. 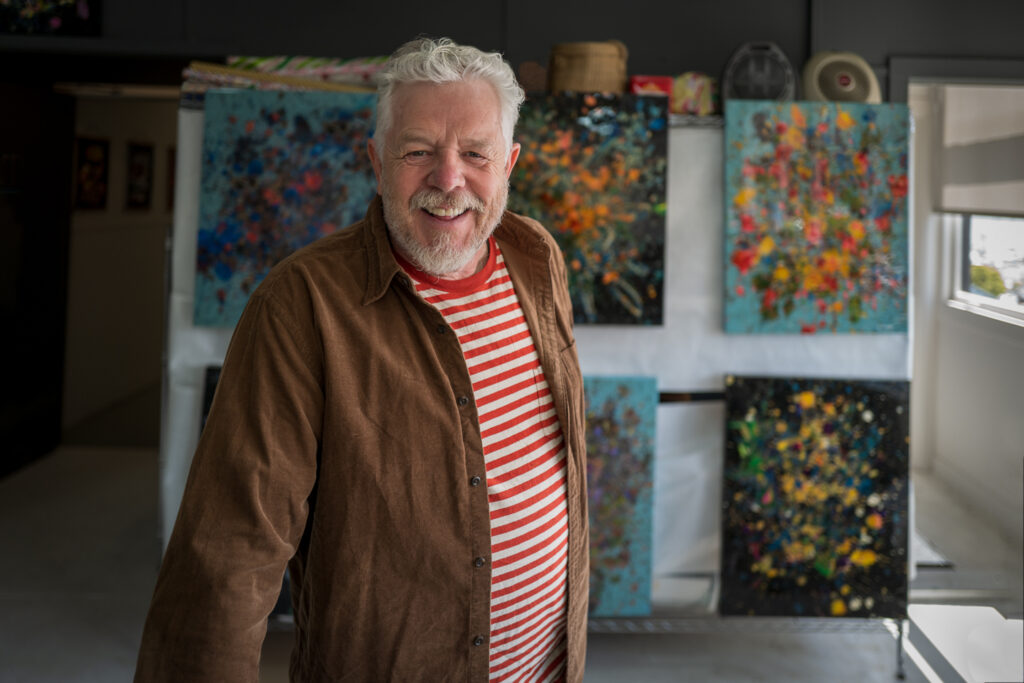 This was a fun assignment that produced many good portraits. I sent them to the subjects and they were all very pleased. So, a success all around.