Continuing to indulge my Comic Con habit, I went to a smaller show in Concord yesterday. Many fewer cosplayers, but as always, the ones who were there were happy to pose. Also as always, the lighting was pretty bad: there’s not much of it, and it casts unflattering shadows. I can improve it in post, but it’s not what any portrait photographer would choose.

She had postcards with all the characters she plays, and there were a lot! I asked who she was, but couldn’t quite follow the explanation.

Cable and Deadpool. The contact lens for the dead-eye look in Cable’s left eye shows some real attention to detail.

This was the emcee for the costume competition. Apparently, he’s R2D2 in a suit. 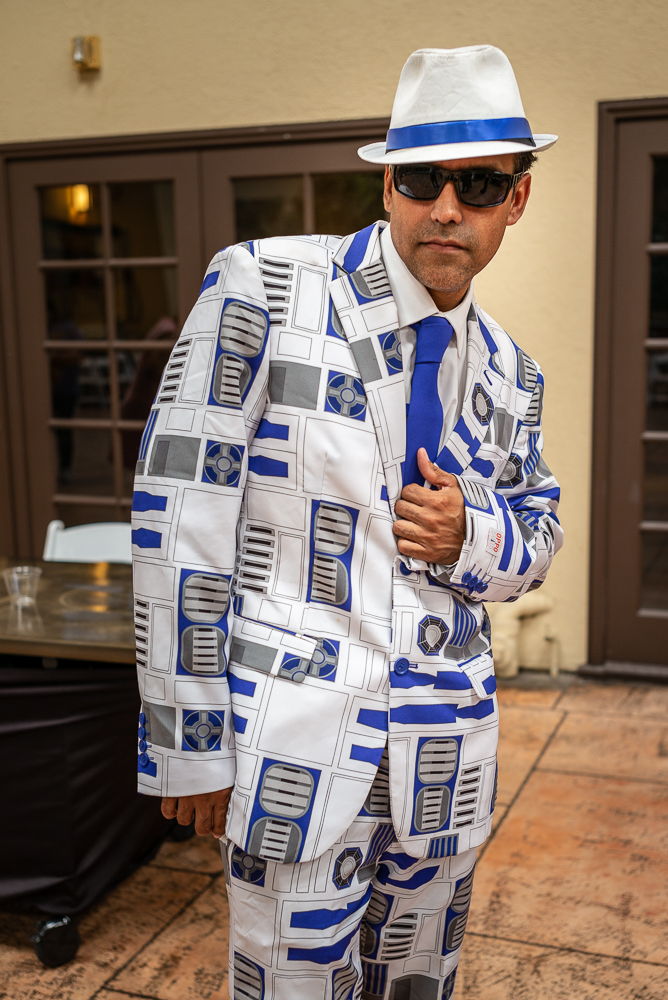 This is the makeup artist. I had her paint my eyebrows and beard white for a Doc Brown look. 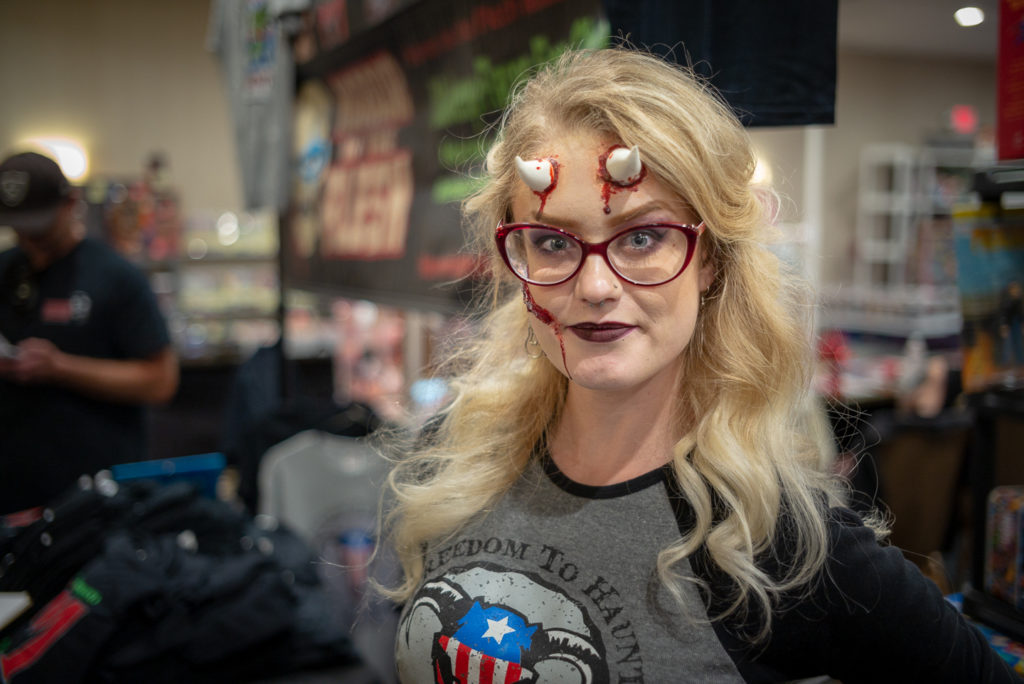 In addition to being happy to be photographed, the cosplayers are happy to talk to you about the character they’re playing. Problem is, the explanations are often so involved, I can’t follow them and can’t remember the names of the characters afterwards. I guess I need to write them down in a notebook.