I got many images I liked from this march, mainly because I learned some helpful lessons from shooting previous marches:

Here’s a crowd scene. One reason I like this image over many similar ones is that it’s full of women—it was a Women’s March, after all. 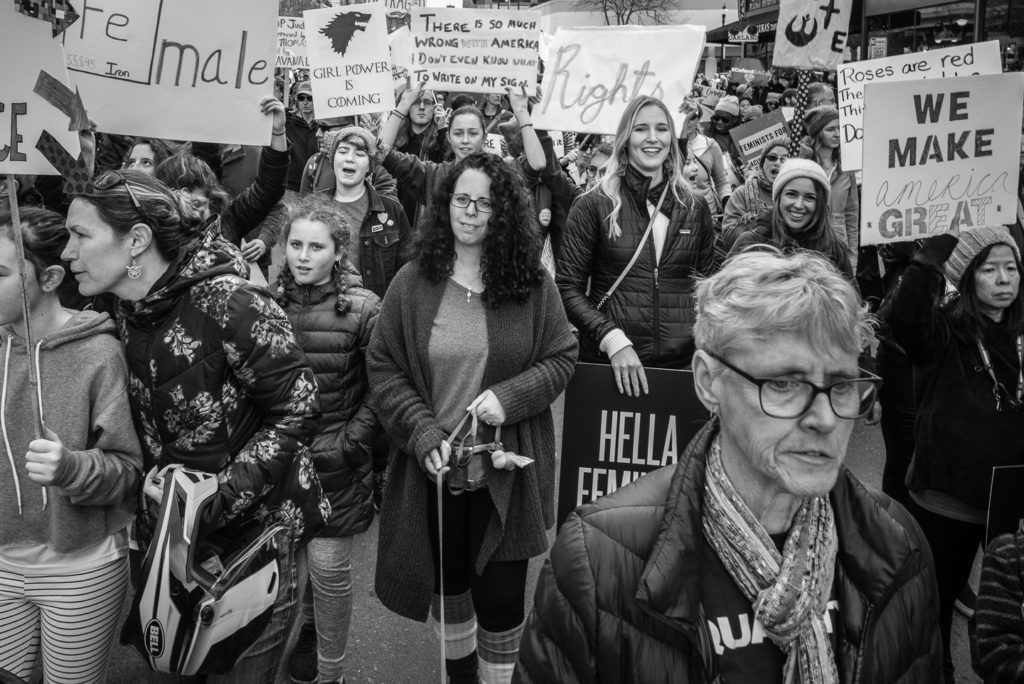 I framed this one to include the theatre sign to show where we are. Normally, that can leave a lot of blank space, but the signs here fill that. 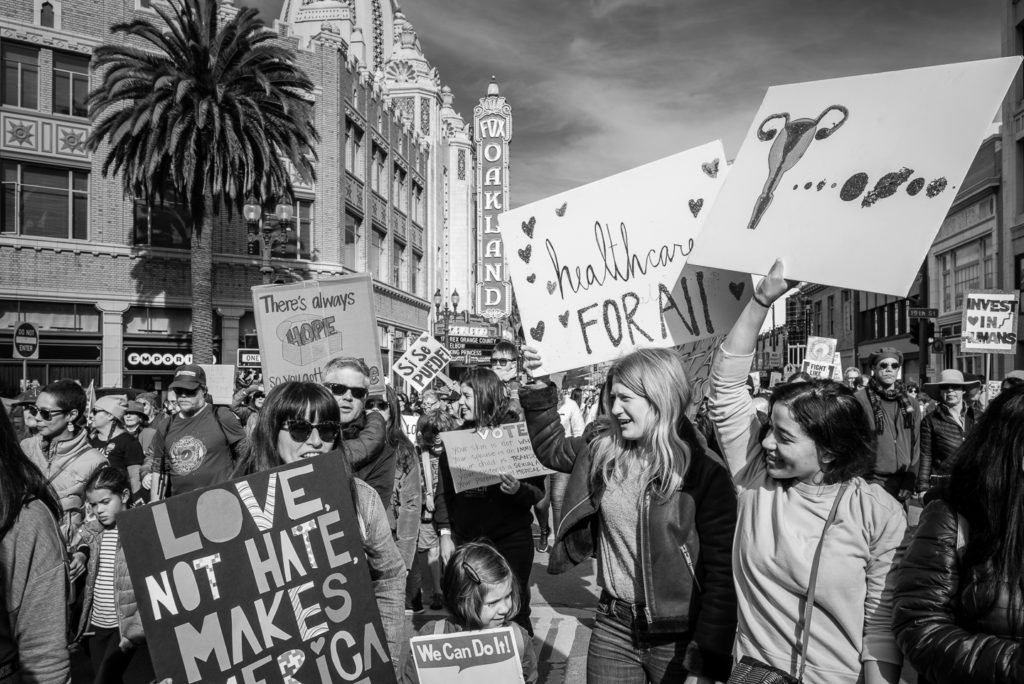 This is an example of an image with a strong central character. Too bad there’s a man next to her. 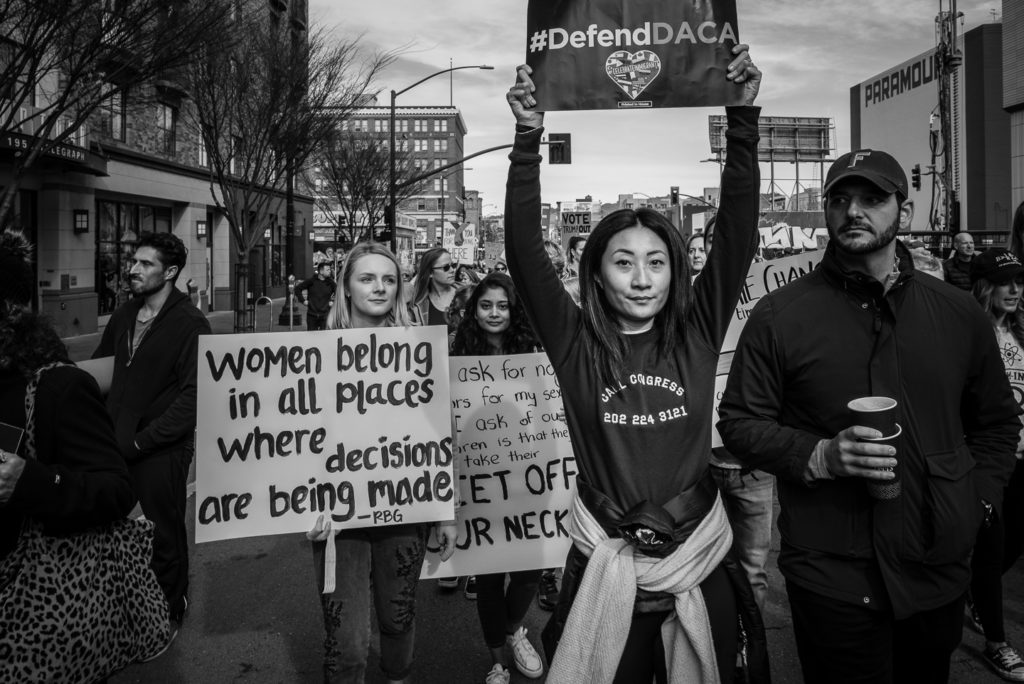 This woman was very shy and embarrassed about posing, but you can’t tell that from the image. 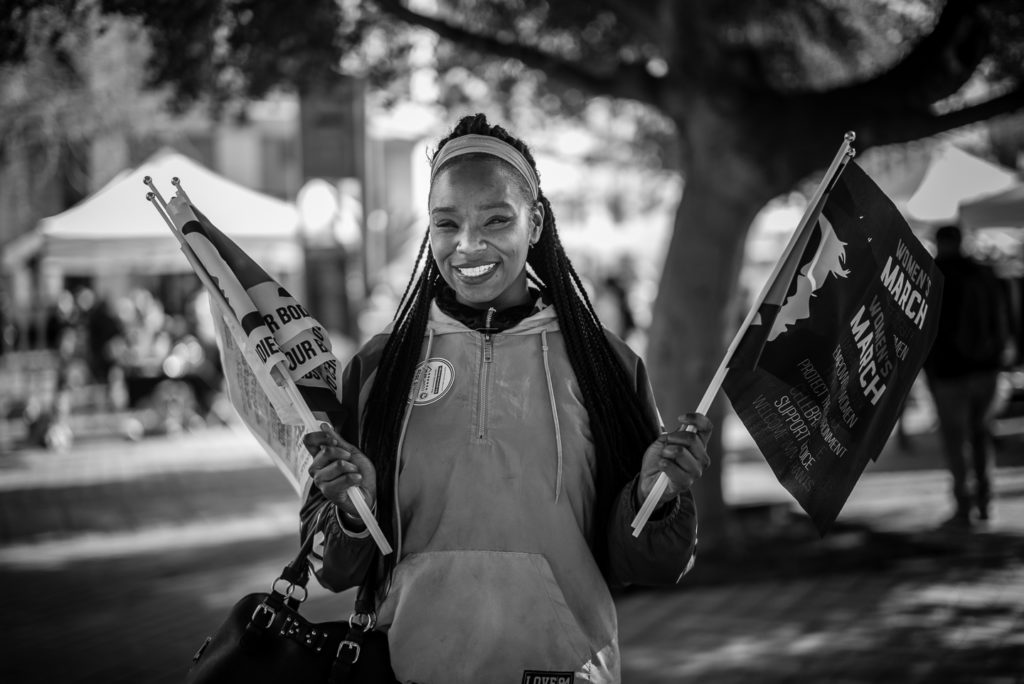 I shot at f/8 or f/11 with my 28mm during the march, but at f/1.4 with a 50mm lens for the portraits above and below. I have a photo of the woman below smiling, but I asked her not to, given the sign she was holding. Much better.

Events are good for both street photography and street portraiture, because people expect photographers to be around. And the more you shoot them, the better results you get.