At the Railway Museum

Yesterday I went to the Western Railway Museum in Suisun City. I arrived when it opened at 10:30 on Sunday and certainly beat the crowds: There was nobody else there. I planned to take black and white photos of the old trains and to focus on details. That’s pretty much the way it went. I also took the 50-minute ride on one of the old train cars—a ride notable for an almost total lack of scenery. When we got back—there were four or five other people on the trip—I photographed the old cars in the covered structure where they’re stored. It was very dark in there, so good thing I was using my camera with a base ISO of 320 and fast lenses.

Here’s one of the volunteer train conductors. 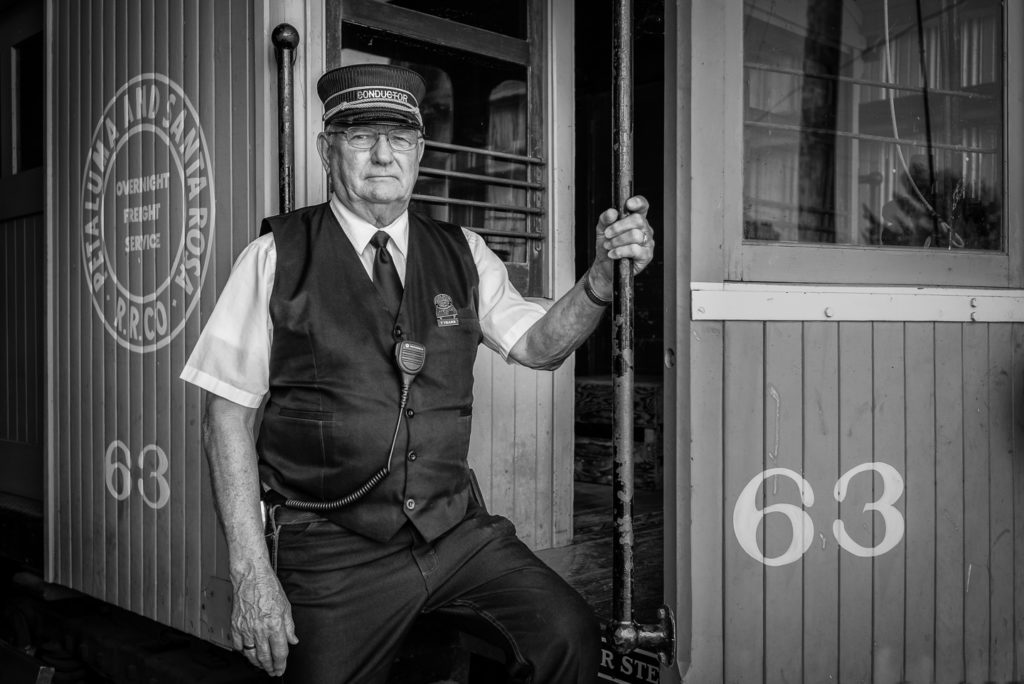 An interior of one of the cars. 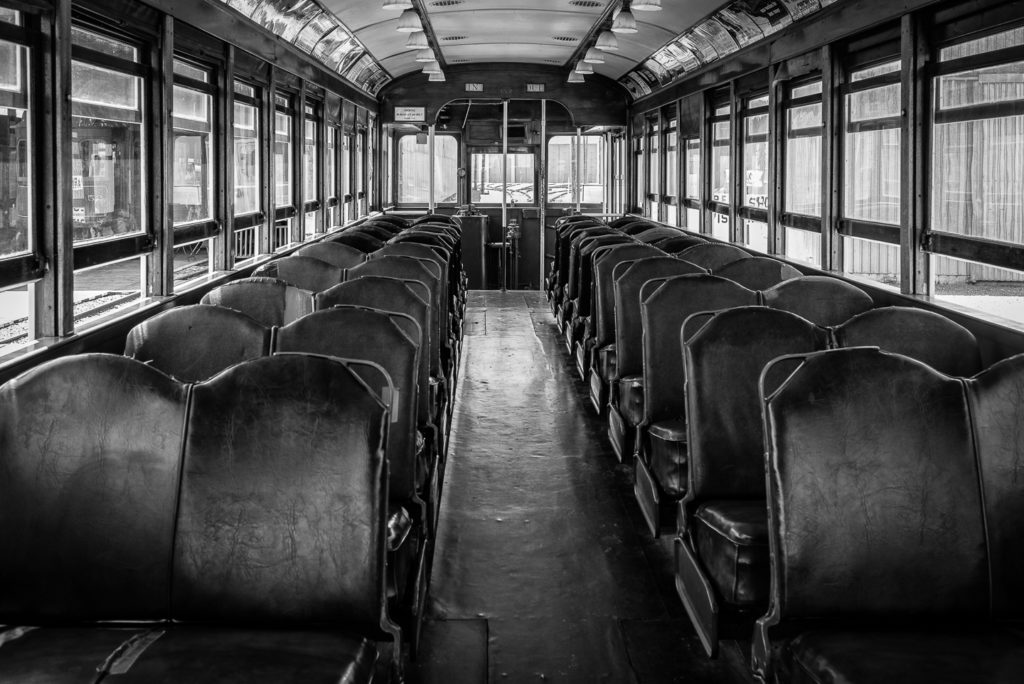 This was the halfway turnaround point on our train ride. “Pantano” is Spanish for “swamp.” 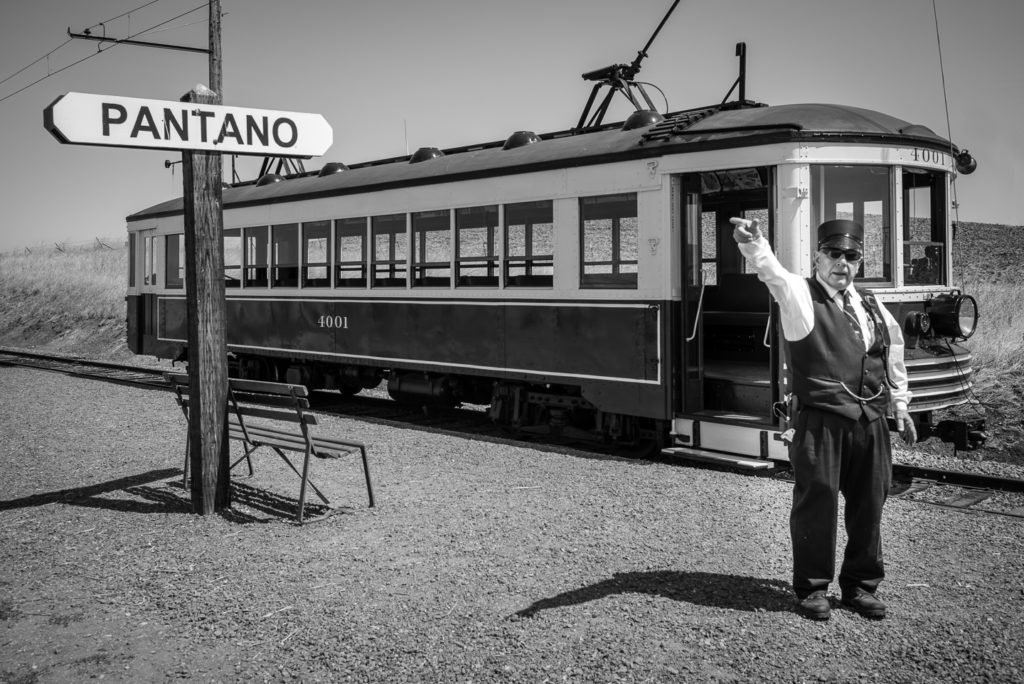 This was my delicious gourmet lunch served at the museum café. (No waiting in line—I was the only one there.) The other choice was a frozen hamburger to be heated up in the microwave. 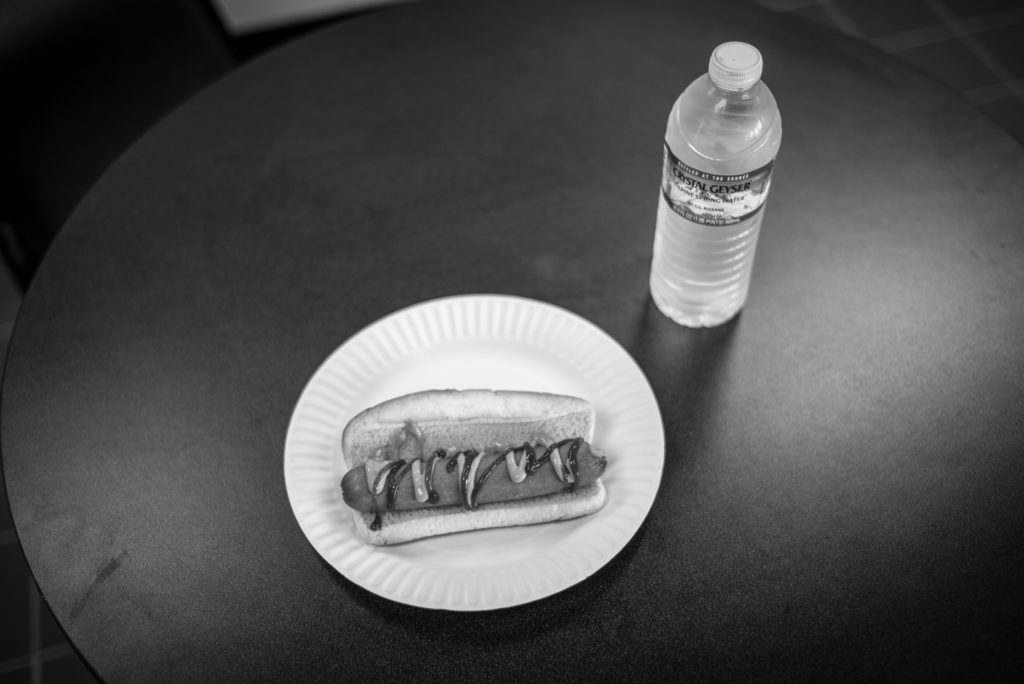 I took photos of many of the signs and insignia on the trains; here’s only one.

The artifacts on the trains are clearly from a different time. 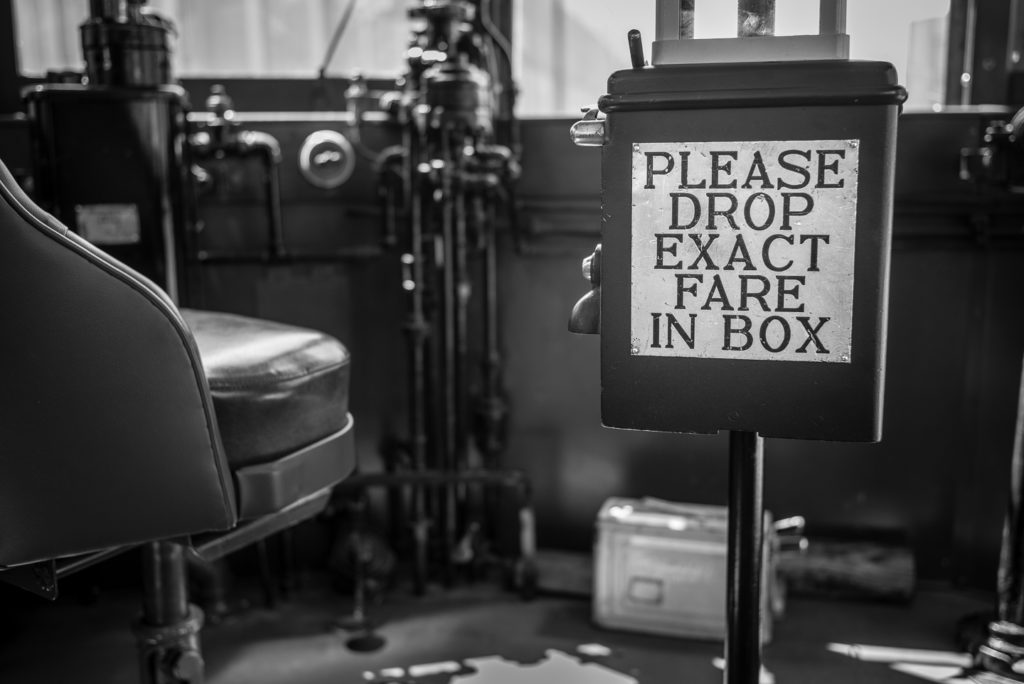 Is it worth a trip? Hmm. If you’re someone who likes trains, yes. If not, there might not be enough there to hold your interest. But if you’re a photographer, you can find enough good subjects to make a visit worthwhile.