I drove to Lakeshore Avenue in Oakland this past weekend, intending to look for street photos there, but when I arrived, I saw there were lots of booths set up around the shore of Lake Merritt. Apparently, every weekend since the pandemic started, this has been taking place: kind of an ad hoc street fair and crafts festival.

I spent an hour or so walking around among the booths and took no good photos. I took some shots of a drum circle and a saxophonist playing at the pergola on the shore of the lake, but also nothing special.

I decided to leave at that point and started to walk back towards my car—when I came across this scene: A black man taking boxing lessons from his white instructor in a grassy area next to a library building with a mural on the wall. So many interesting elements all in one spot. So I stayed and took a dozen or so photos. Here are three. 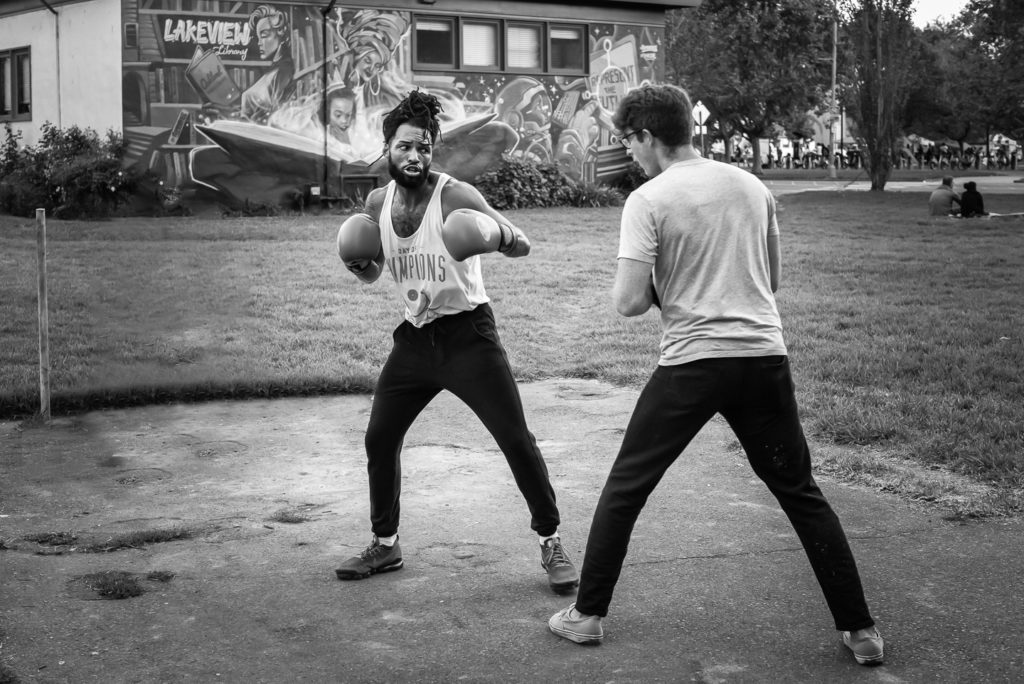 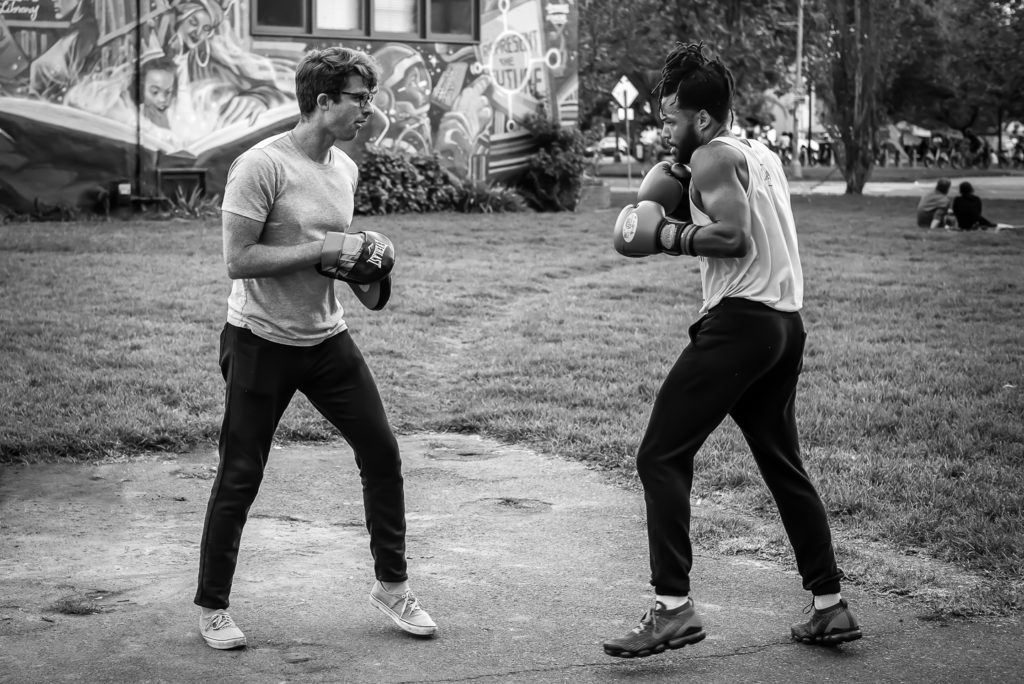 This one is taken from a lower angle, which makes the boxers look more imposing, and is the most successful image of the day. 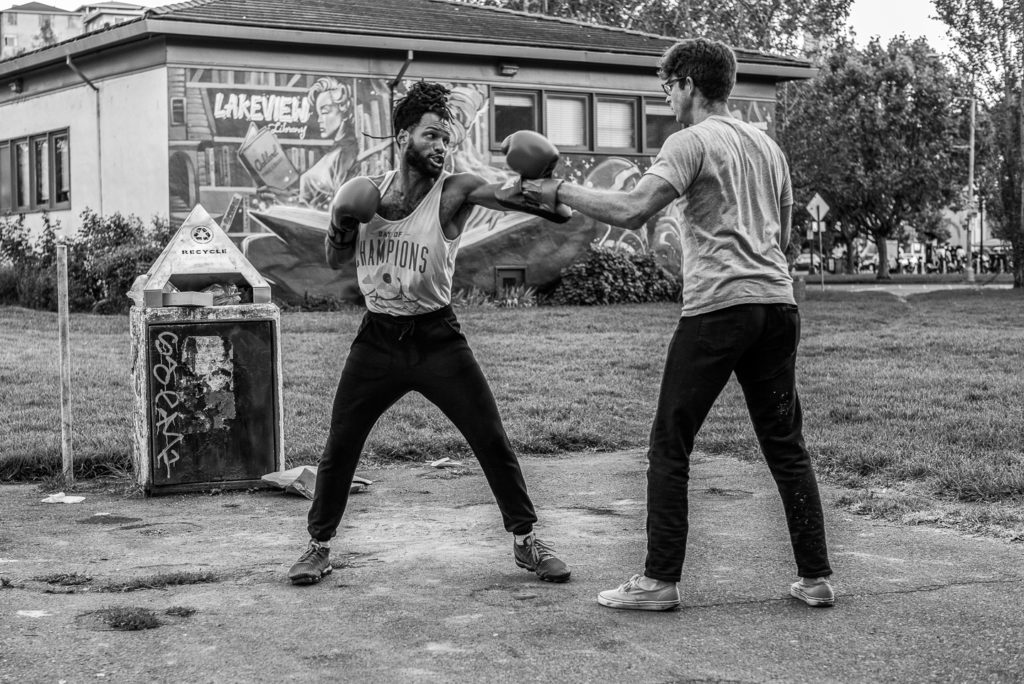 I think shooting with the Monochrom worked especially well for this scene, given the subject matter and setting. I plan to go back to this location on coming weekends. There was a lot going on and I might stumble on something equally good on another visit.