On a family trip to Sea Ranch in northern California, we stopped at Fort Ross, site of an early 19th century Russian settlement (1812–1842). This is the Russian Orthodox chapel at Fort Ross, shot with the monochrome camera and with a warm tone added. 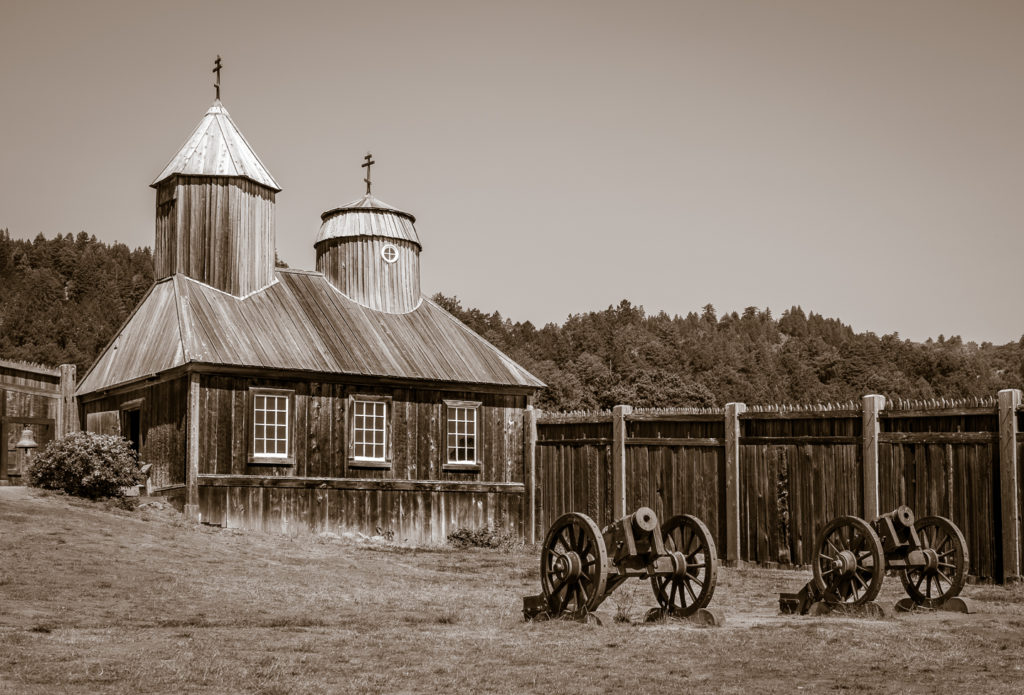 A fence with each post different from the next surrounds the main fort. 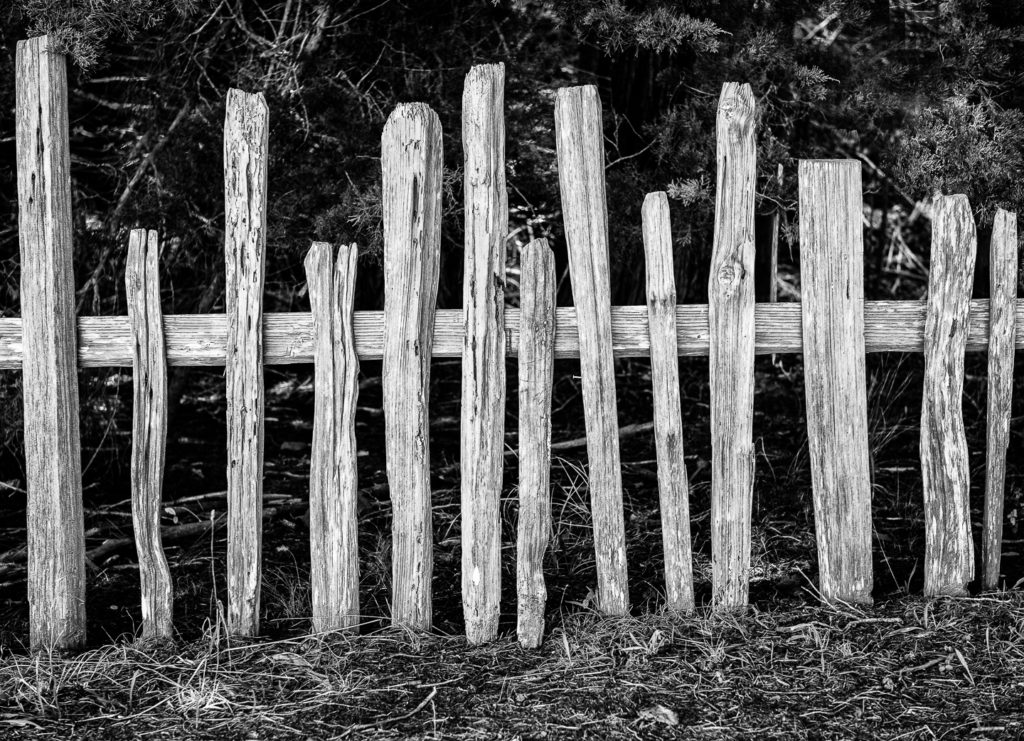 At Sea Ranch, where we stayed, this is the chapel. Completed in 1985, it has a somewhat different architecture from the Fort Ross chapel. This one is non-denominational. I waited for a person to enter the scene and the woman in the shadow appeared just where I would have placed her.