I’m not keen on photographing people wearing masks, and approaching strangers right now makes one even more apprehensive than usual. So, I’m foregoing street photography and instead am photographing buildings in monochrome. Here are four SF landmarks, taken over a couple of weekends.

The Palace of Fine Arts is a good subject in just about any light—a statement based on personal experience shooting this building many times. This is fairly early morning with the sun low in the sky to the left. 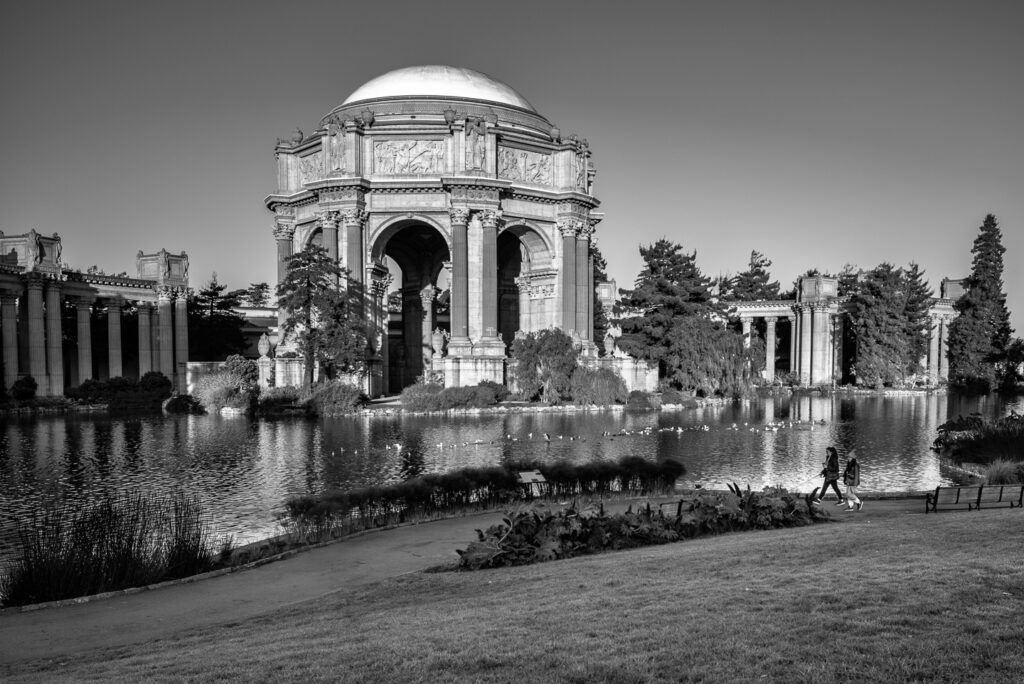 I drove into SF very early to get a shot of Grace Cathedral lit up by the rising sun, but found out that doesn’t happen till much later in the day. Oh well—on another excursion perhaps. 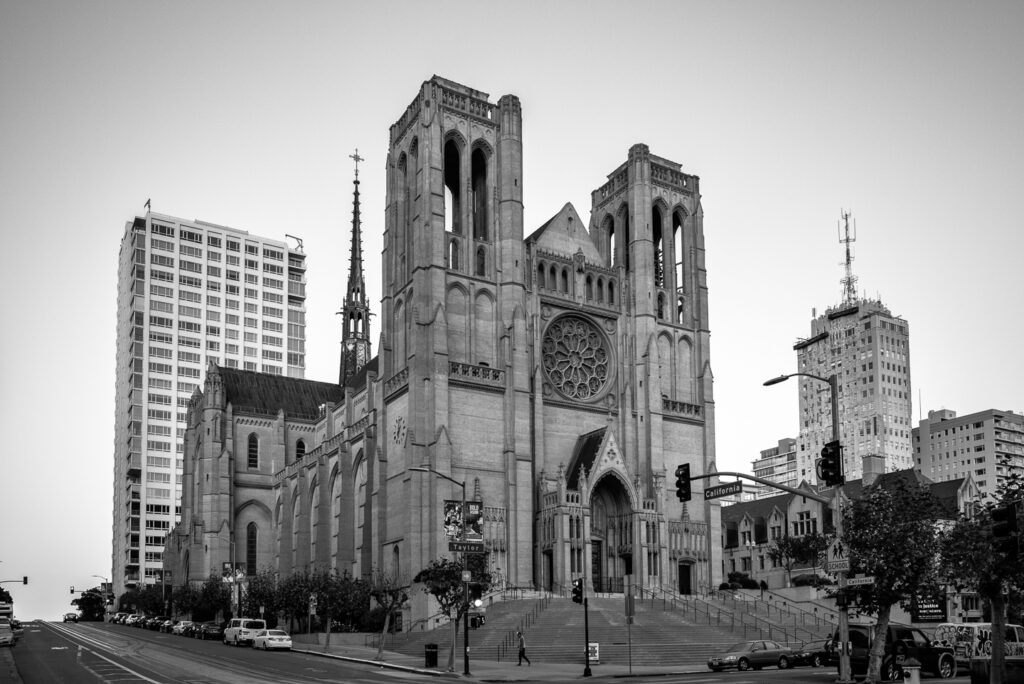 Early morning at the Conservatory of Flowers in Golden Gate Park. This barely qualifies as street photography. 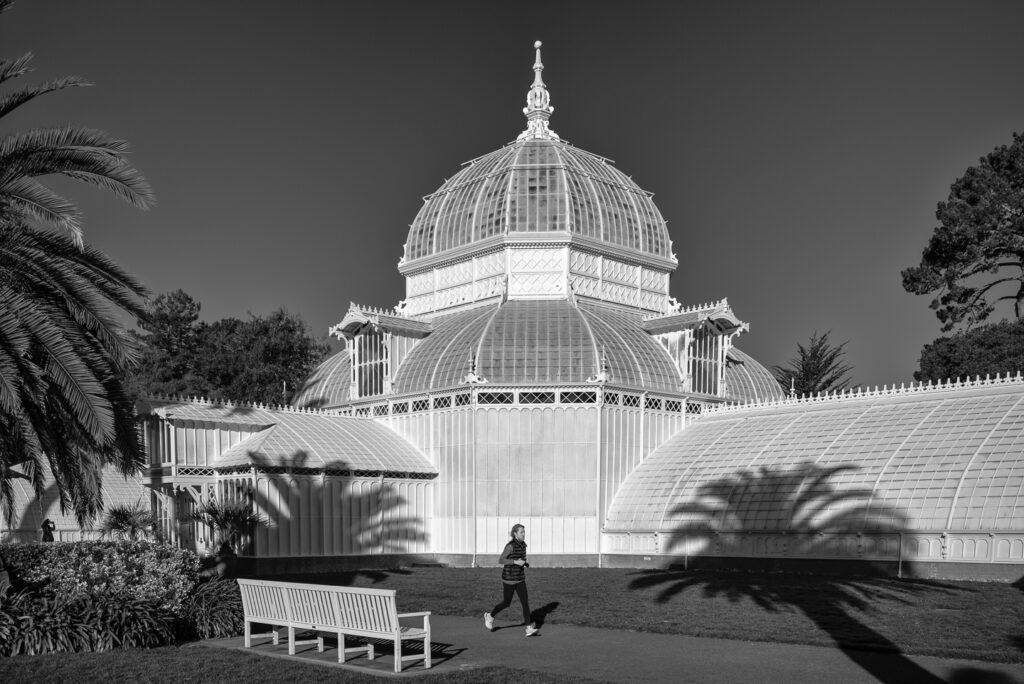 The north Dutch Windmill in Golden Gate Park. I took this two-shot pano a couple of hours after the shot above. 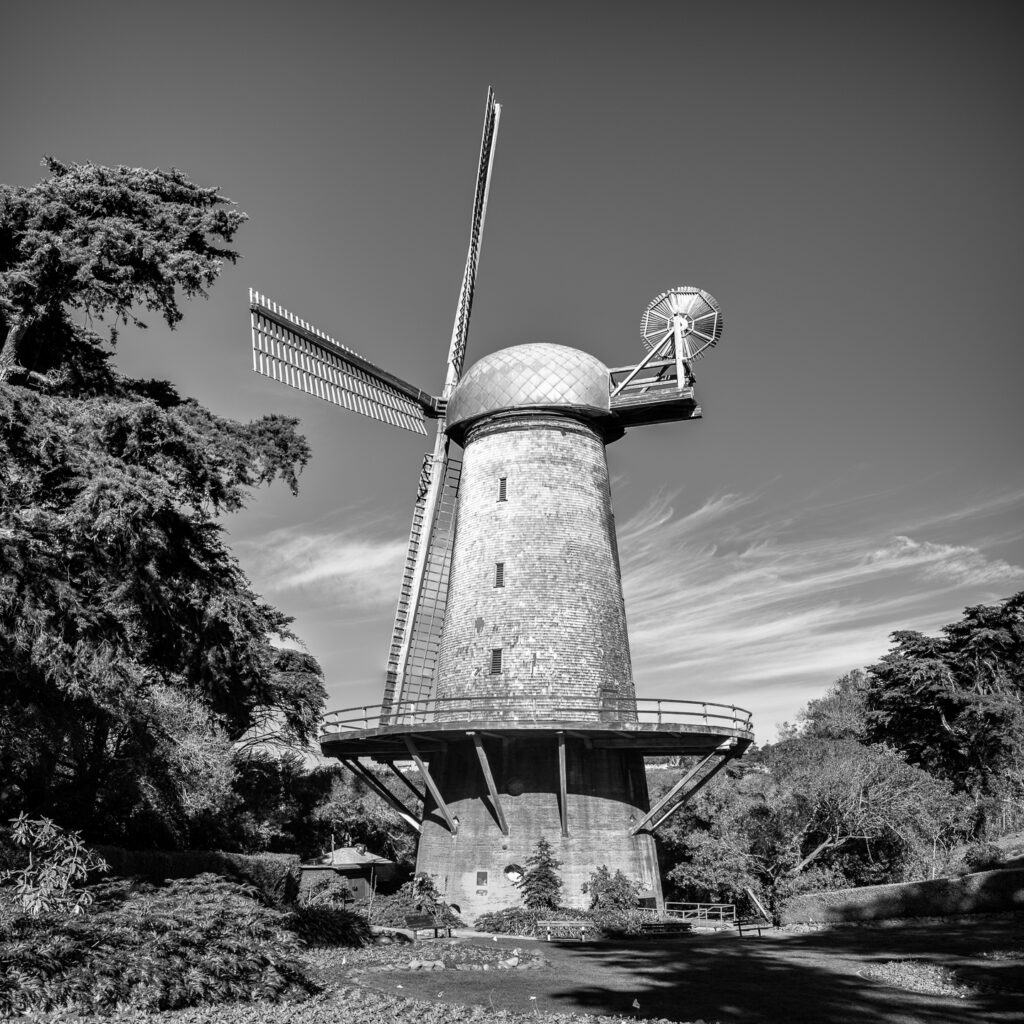 These are all essentially “record shots,” which are dismissed by some photo judges as barely worth taking. But I like to take them, so I’ll keep doing it.