Mexico Part 2—Day of the Dead

This set of photos was taken in and near Oaxaca City and has the Day of the Dead and celebrants as subject matter.

I took this from a vantage point looking down on the square in front of the Oaxaca Cathedral during a band concert in early evening. I asked if I could take her photo and asked her not to smile. The clouds help set a Day of the Dead mood.

I addressed these two girls in Spanish and explained what I wanted to do. They looked at me blankly for a second, then one turned to the other and said in English with an English accent, “Did you get any of that?” I had much better luck speaking to them in English. Here I used the Sin City Light Red preset from Scott Kelby in Lightroom. 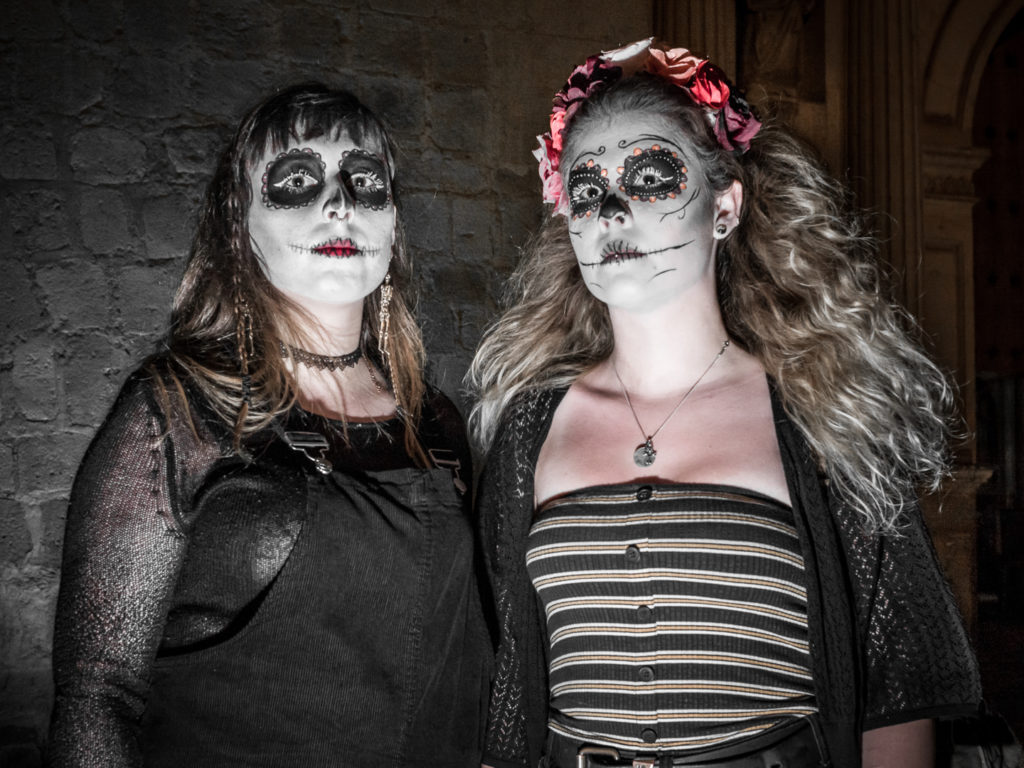 He had just had his make-up done and was happy to pose. The location here is the zocalo, where lots of the activity around the celebration took place. This is the Sin City Dark Red preset. 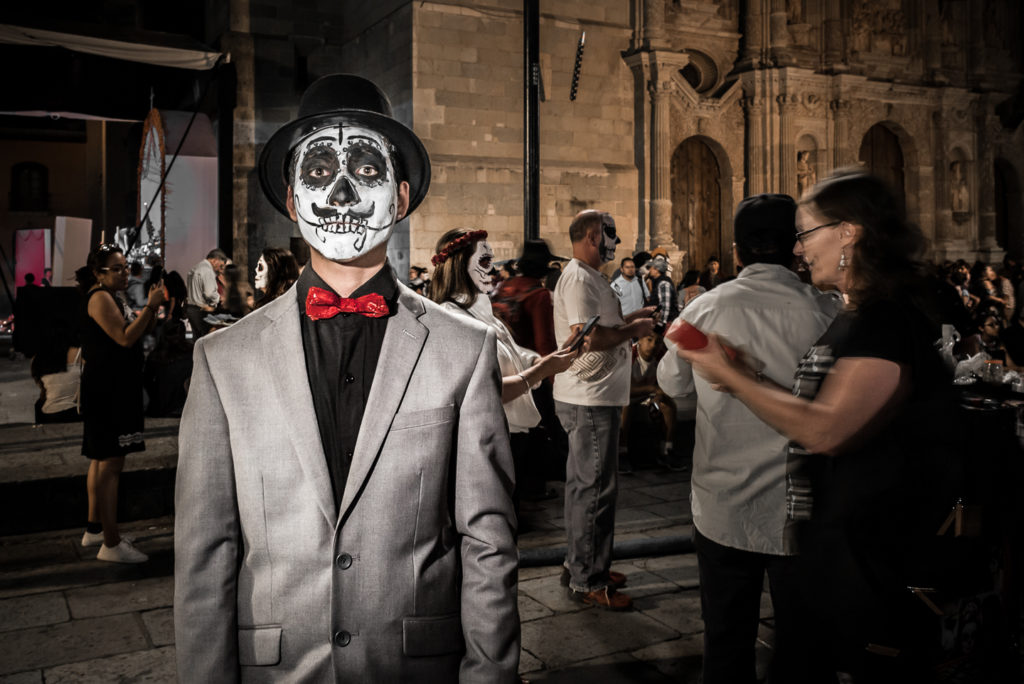 The location here is near the cemetery outside Oaxaca City. They spoke Spanish, but I think they’re tourists. I liked their make-up. 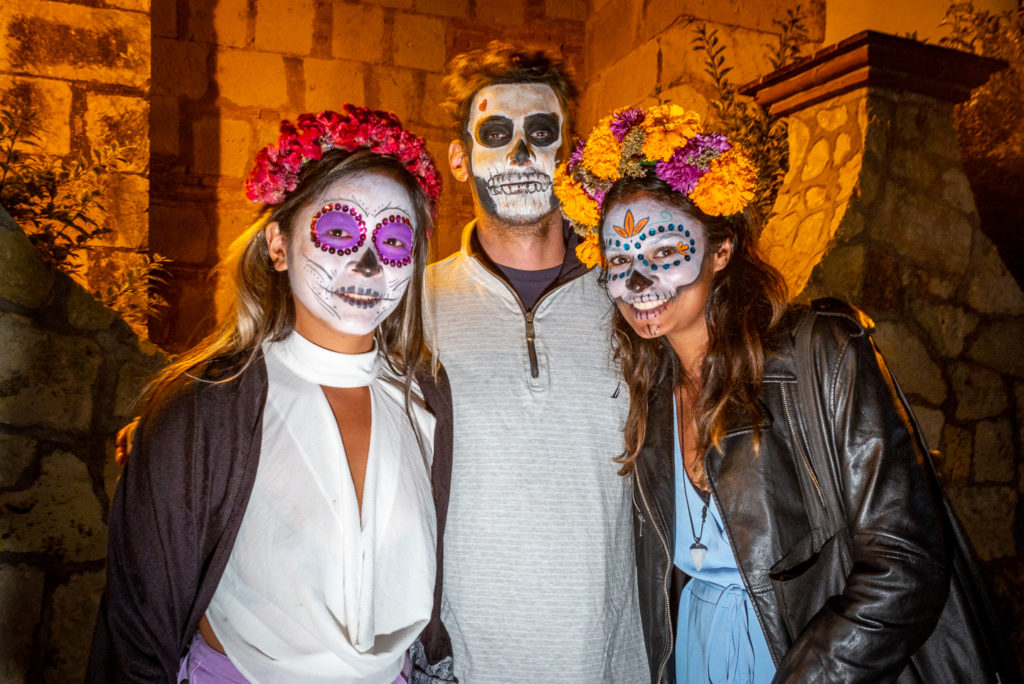 This is one of my favorite photos from the trip. He was walking to the main celebration with his parents when I asked to take his photo. He’s dressed as the character Cascabel (not sure that’s right, couldn’t verify it), who wears bells to warn that Death is coming (also not sure). 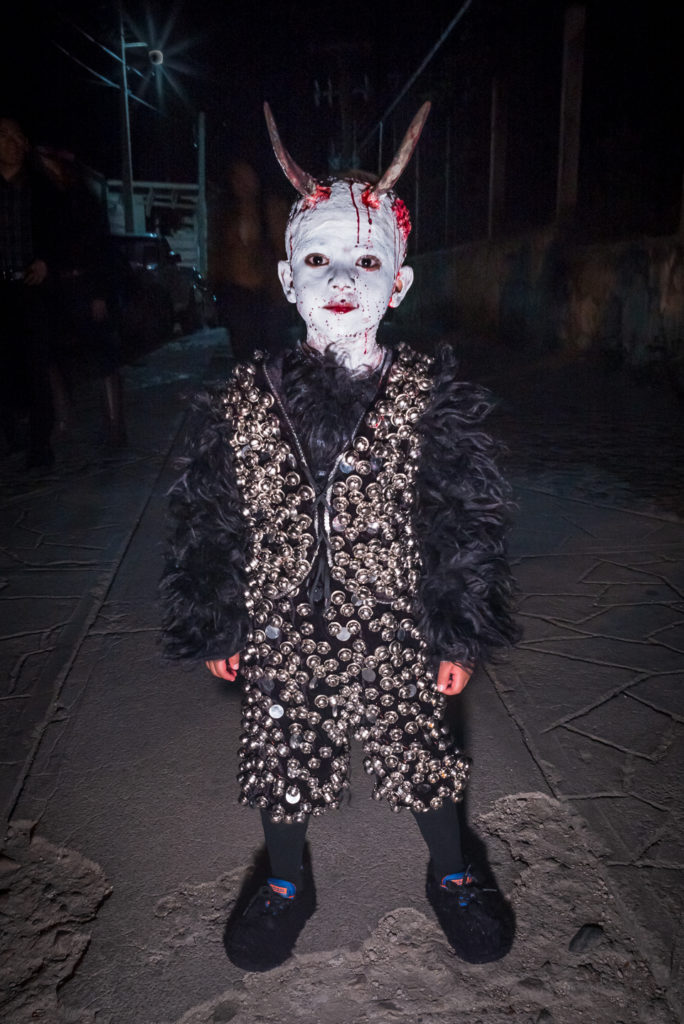 Sometimes I tried to show more context for an individual and sometimes composed the shot so the person takes up more of the frame. Both approaches can work, and doing both, when you can present several photos and not just one, which is the case here, is probably the right choice.