The MIRA building, at the corner of Spear and Folsom streets in San Francisco, is pretty irresistible for photographers—even if they’re not into architecture. The twisty-turny facades make for striking images, whether you’re photographing the entire structure (which isn’t easy, given that you can’t back up very far) or details. Here’s the whole building: 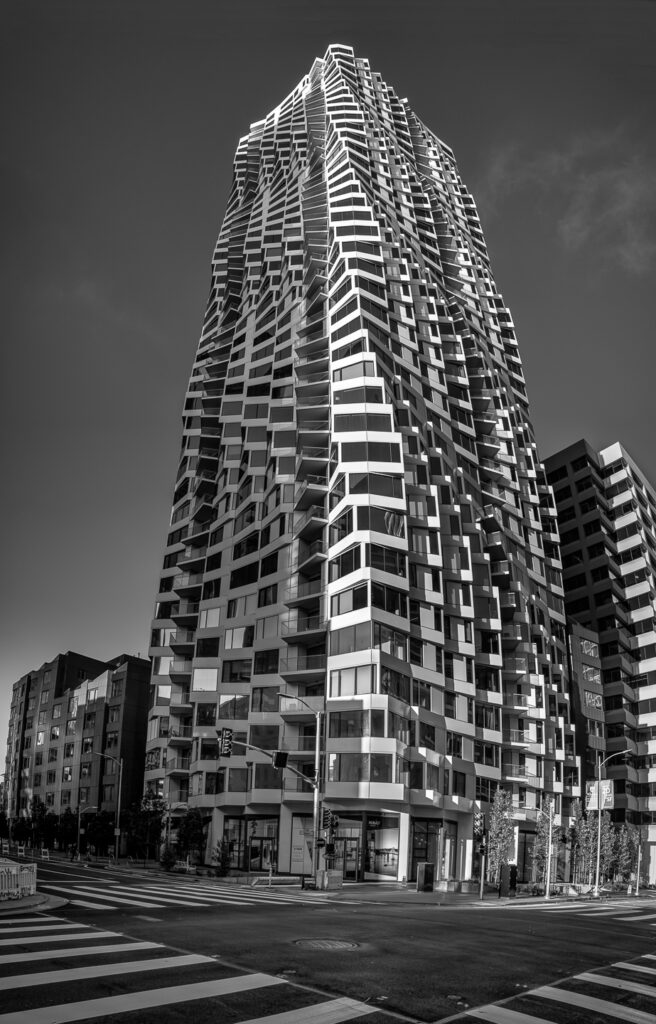 I took many detail shots this past weekend with a 75mm lens to isolate sections of the facade facing southeast. It was an overcast day, so the light was flat, but at one point, the sun peeked through, and struck the windows positioned at a specific angle on the facade. 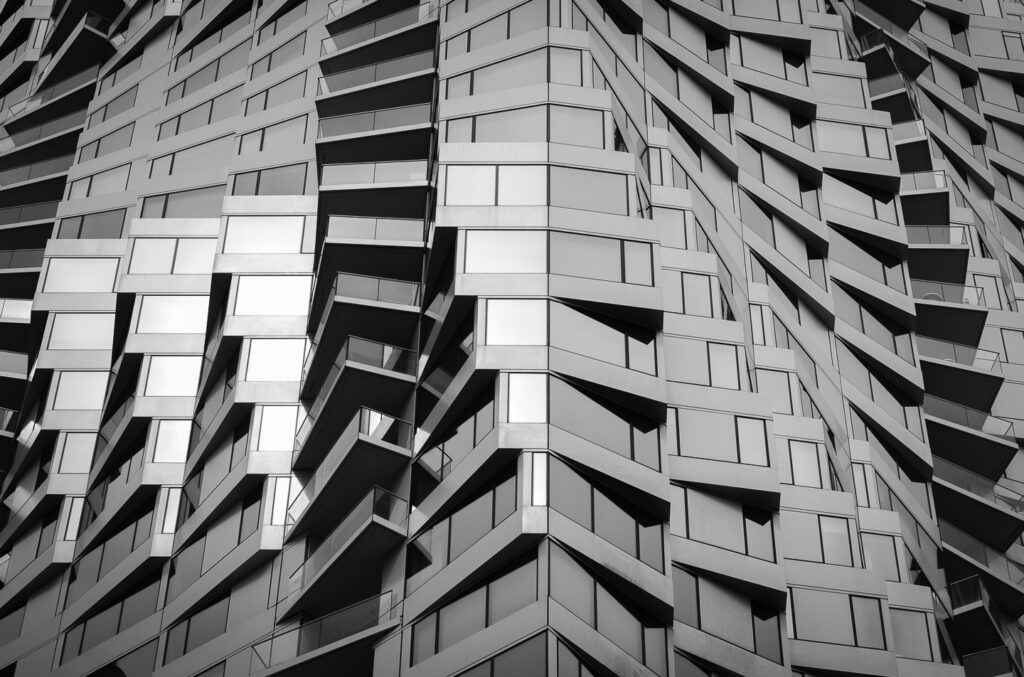 I alternated between vertical and horizontal shots. Horizontal worked fine, but I was intentionally trying to capture a vertical image to make a print for a specific space in my house.

So I focused on the one section where the light was hitting the windows, then made them even brighter in post. 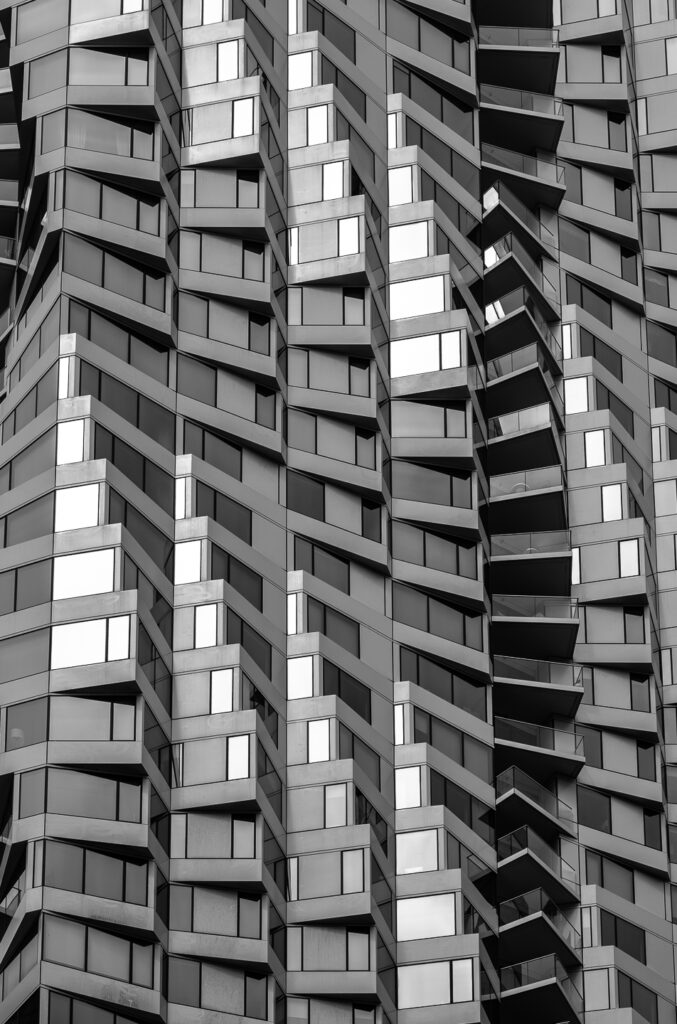 And that’s the image I plan to print and put up on the wall.