Old Oakland in Black and White

I drove into Oakland early Sunday morning specifically to photograph the court house front-lit by the rising sun. But it was overcast, so I had to wait. I know—it’s just a building, which is not the most exciting subject, even though, having been built in 1936, it is historic. But I really like the effect of a white building against a dark sky, so I planned for that shot. I wanted to catch it earlier in the day, with softer light, but the weather didn’t cooperate.

One notable thing about this image is the post-processing. Thanks to the Guided Upright feature in Lightroom, I could eliminate all the distortion in the building’s shape that came from the wide-angle lens. Don’t need a tilt-shift as often these days. This was also processed in Silver Efex. 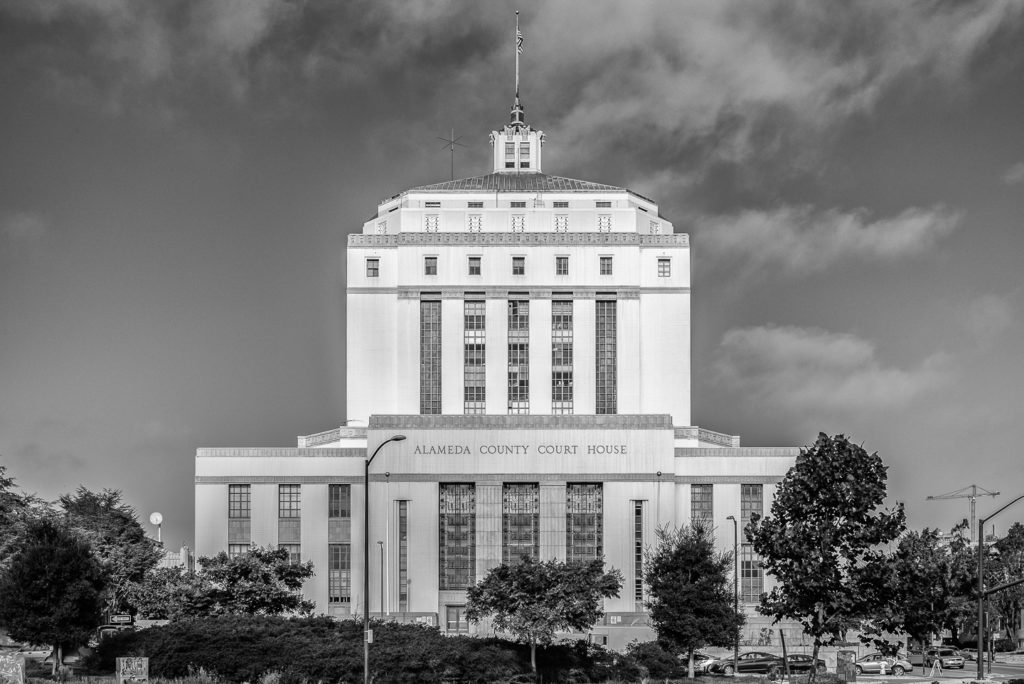 I had my color camera with me as well, so here’s almost the exact same shot in color. I do prefer monochrome for architecture, although I admit color helps separate the elements in a photo. 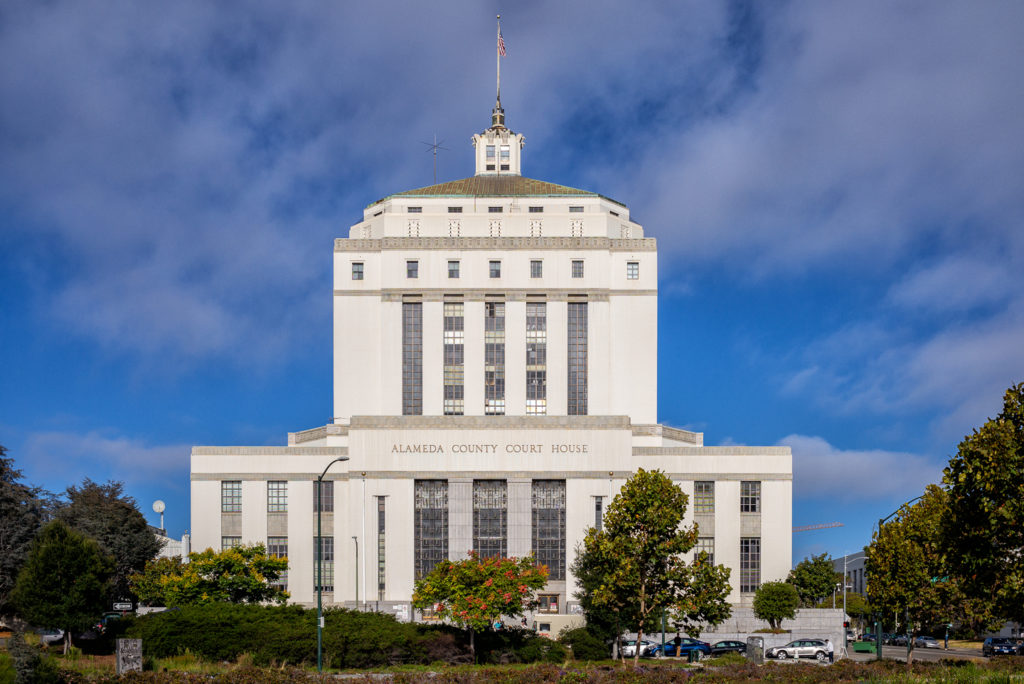 This is the YMCA building in Oakland, a very handsome brick building built around 1910. It’s an apartment building now. Same treatment—monochrome and color. 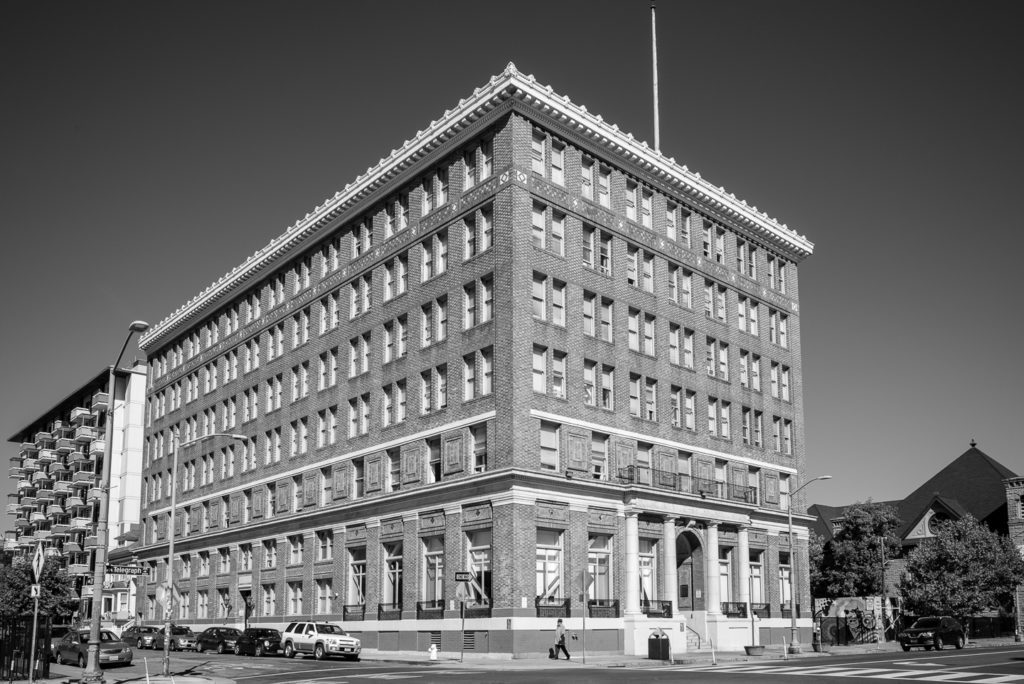 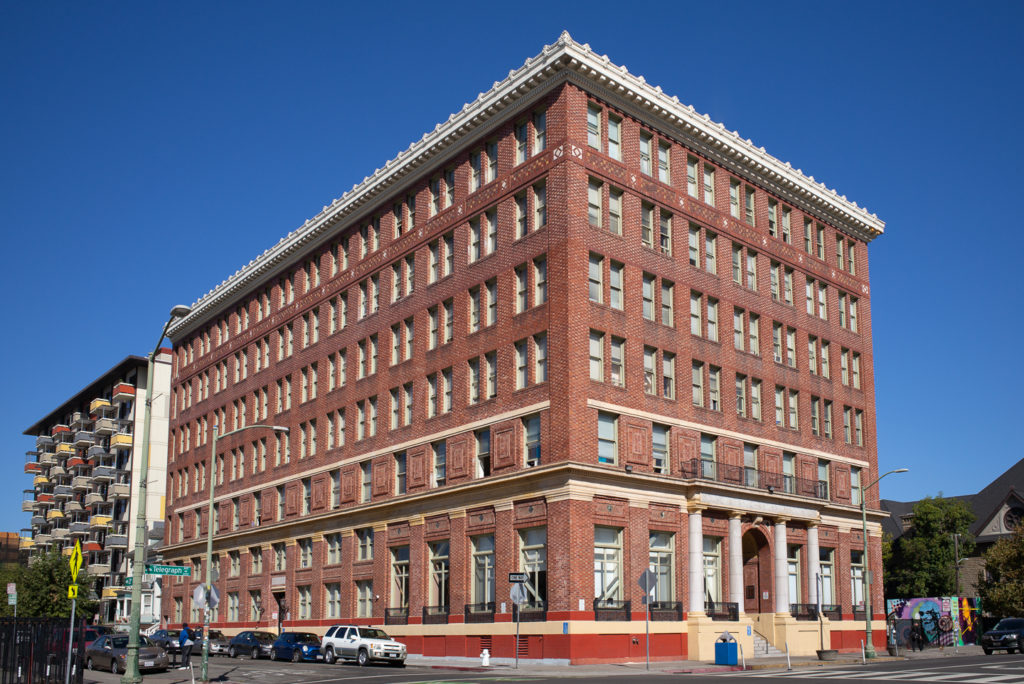 There are more beautiful old buildings in Oakland to photograph, and I plan to keep going in on weekend mornings (or evenings, depending on how a certain building is oriented) to shoot them in black and white.