Stepping Back in Time

I have several antique clocks inherited from my father. Some work, some don’t. I decided to get one repaired, but finding someone who repairs clocks that are over a hundred years old isn’t easy. From my watchmaker, I got the name of Dorian Clair Antique Clock Repair in San Francisco. I called Dorian and made an appointment to bring in my clock—four months from that date.

When I entered his shop, I was struck by what a great photo op it would be. After dropping off my clock and talking with him for a while, I asked if I could come back and take some photos. He said sure, and a couple of weeks later I returned and spent a half hour taking photos in his one-of-a-kind shop.

This is the exterior of Dorian’s shop on Sanchez Street in Noe Valley. 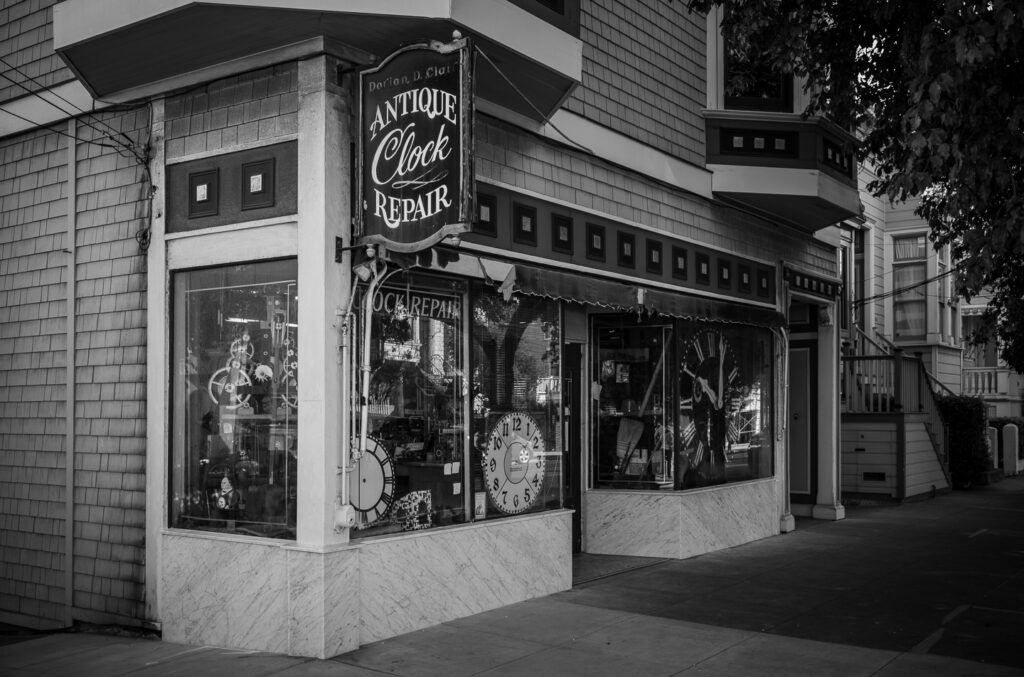 Dorian with his cat. 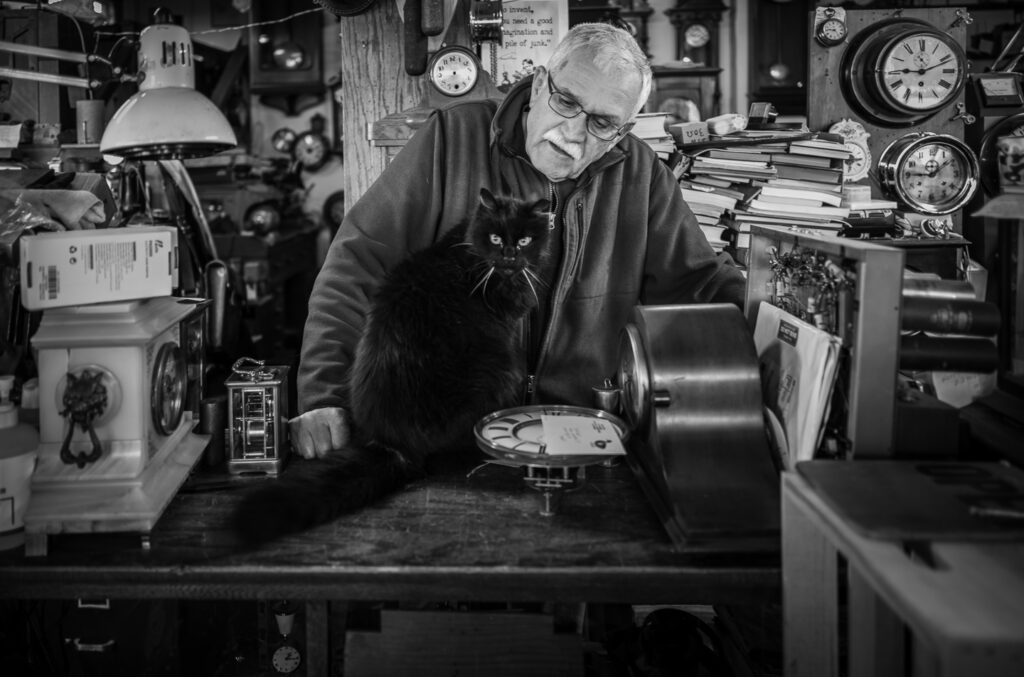 There’s an amazing amount of stuff in the shop, which looks chaotic to me, but Dorian says he gets frustrated if his assistant moves things around, because then he can’t find anything … 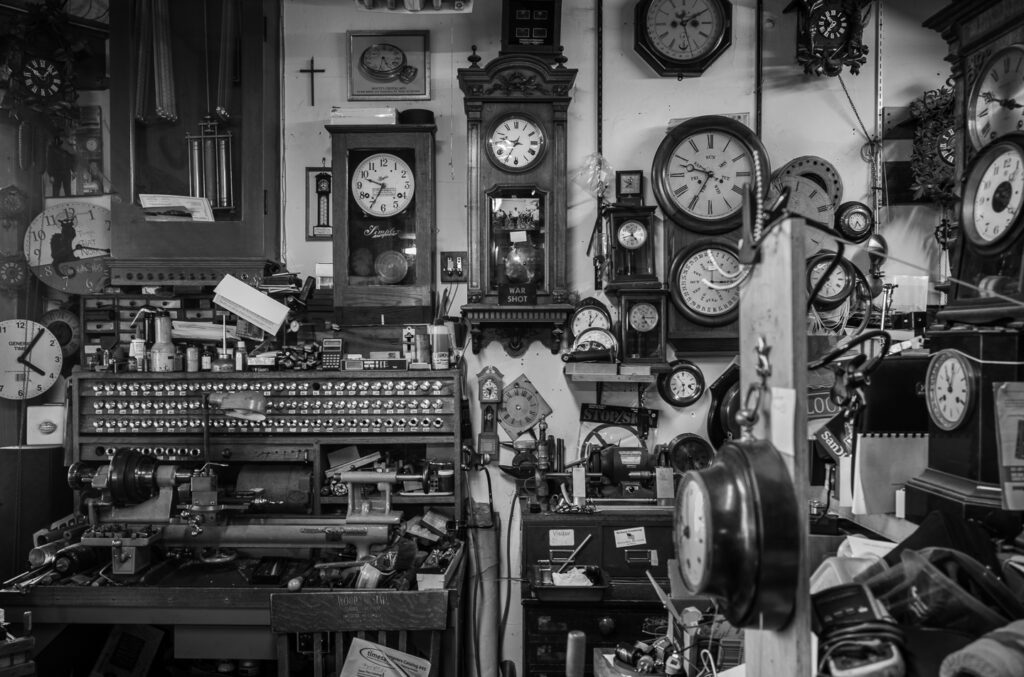 This is his assistant’s desk. 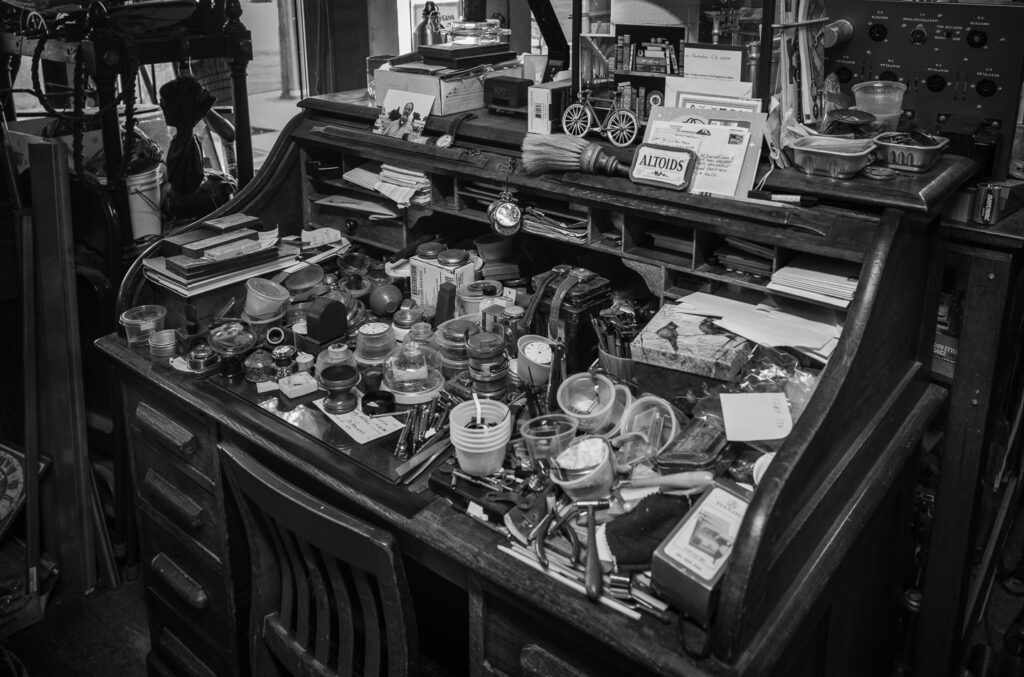 It’s a small space—this photo was taken from the same spot as the photo above; I just turned to my right. 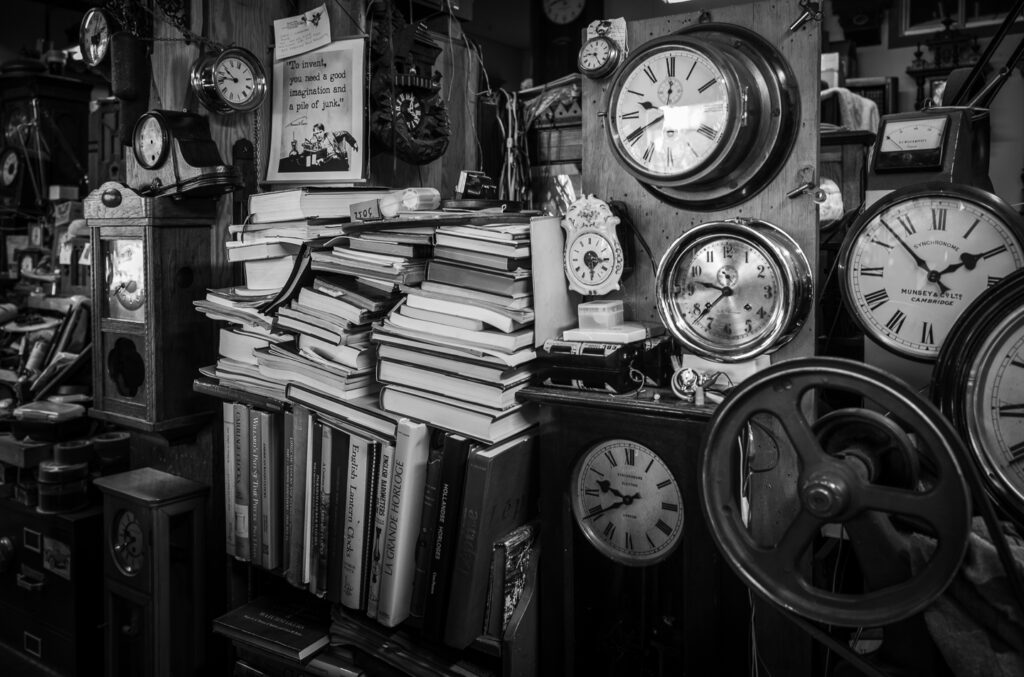 Craftsmen like Dorian are rapidly disappearing. Stepping into his shop already feels like stepping back in time—in more ways than one.