Because the Salesforce Transit Center has been open for such a short time, everything is clean and new, unlike what you find in other public spaces in San Francisco. The sidewalks are pristine, the drinking fountains work, the bathrooms are clean, the greenery is neat and trimmed, and the tables and chairs in the courtyard are in perfect shape. What a pleasure it is to visit a place like that. Also, being four floors up, it gives a different perspective on the skyscrapers south of Market and has the feeling of being an oasis in the big, busy city.

I shot black and white and infrared. I brought my IR camera because I knew there were palm trees there, and wanted to compose shots with them in front of the skyscrapers. I took many photos like that, but only a couple worked well. Here’s one; it’s a three-shot pano. 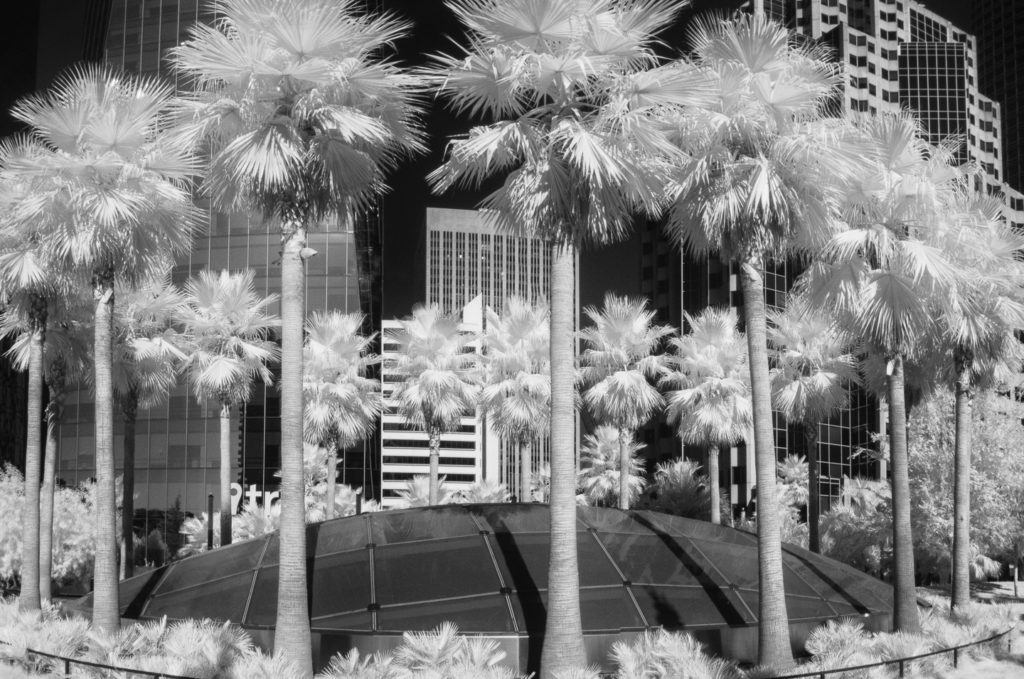 I took a few shots like the one below, pointing up at a towering building, even though I’ve seen them a lot and am not a fan. My only way to make this different was to put a red filter on my monochrome camera to get a black sky. 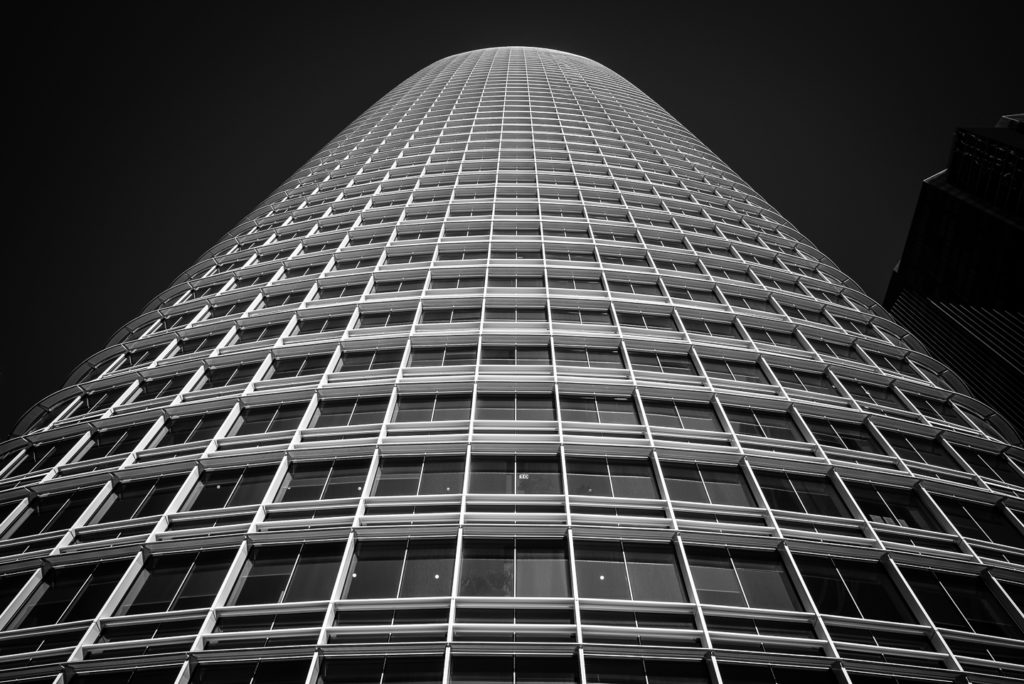 Inside the transit center, there are compositions with lots of geometric forms.

It’s tempting to shoot the reflections of other buildings in the windows of the skyscrapers, but I didn’t see any scenes I really liked. Walking back to BART, I did take this one. 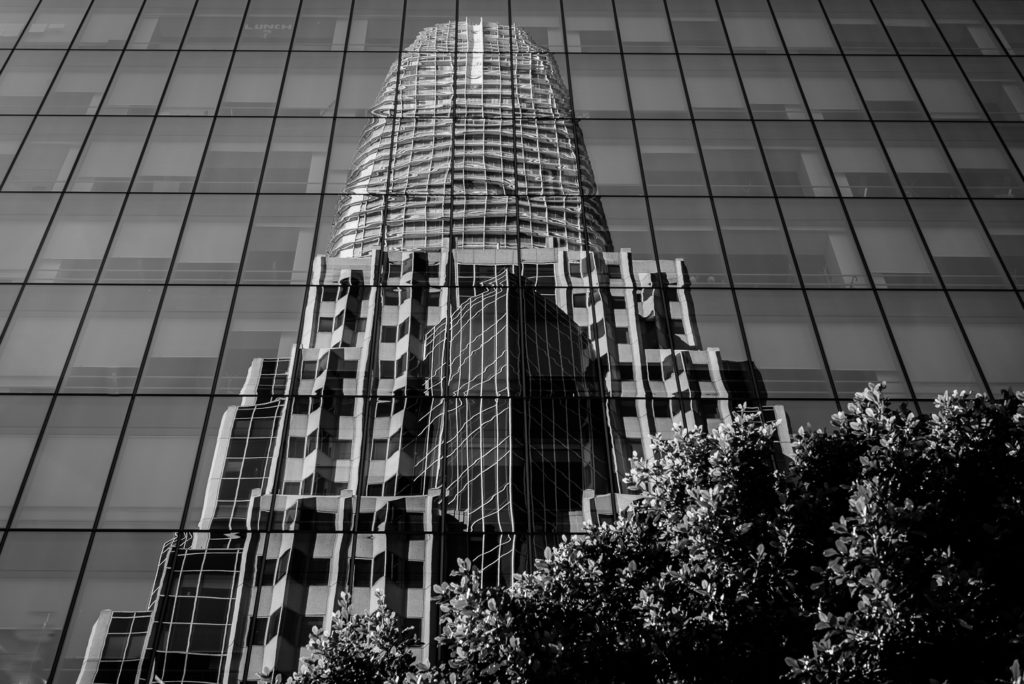 Photographing at the center—especially at 9 in the morning when there were only a few other people there—was a sharp contrast to something like the Folsom Street Fair, where I was contending with 300,000 other people. The photos don’t have as much impact, but the experience was a lot more relaxing.