Up Your Alley in San Francisco

At the suggestion of one of the Sisters of Perpetual Indulgence, whom I met by chance in Oakland, I went into SF on Sunday to photograph the Up Your Alley event on Folsom and a couple of other streets.

The bright, sunny day wasn’t a problem for the monochrome camera like it is for color. Still, I took most portraits (as opposed to crowd shots or street candids) in the shade just to avoid the harsh contrast.

This view taken with my camera held overhead gives you an idea of the crowd density. And we left well before the peak! 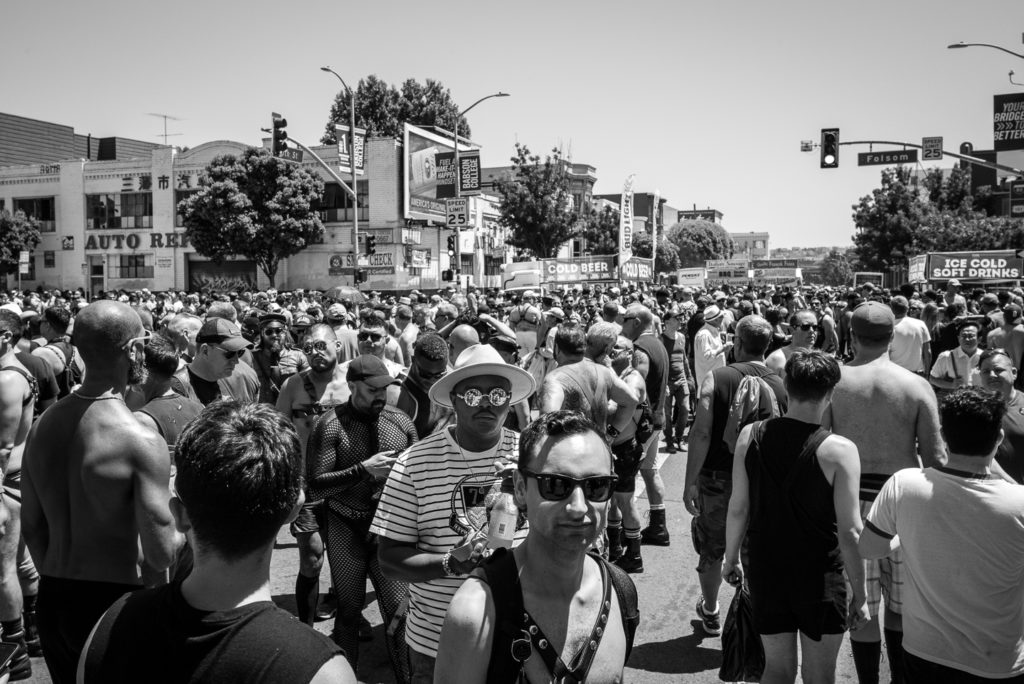 This was a demonstration of (consensual) whipping. I talked in the early morning with the man doing the whipping, and he said it’s more a mental thing than a physical one—it isn’t especially painful. Nevertheless, I declined his offer to experience it. 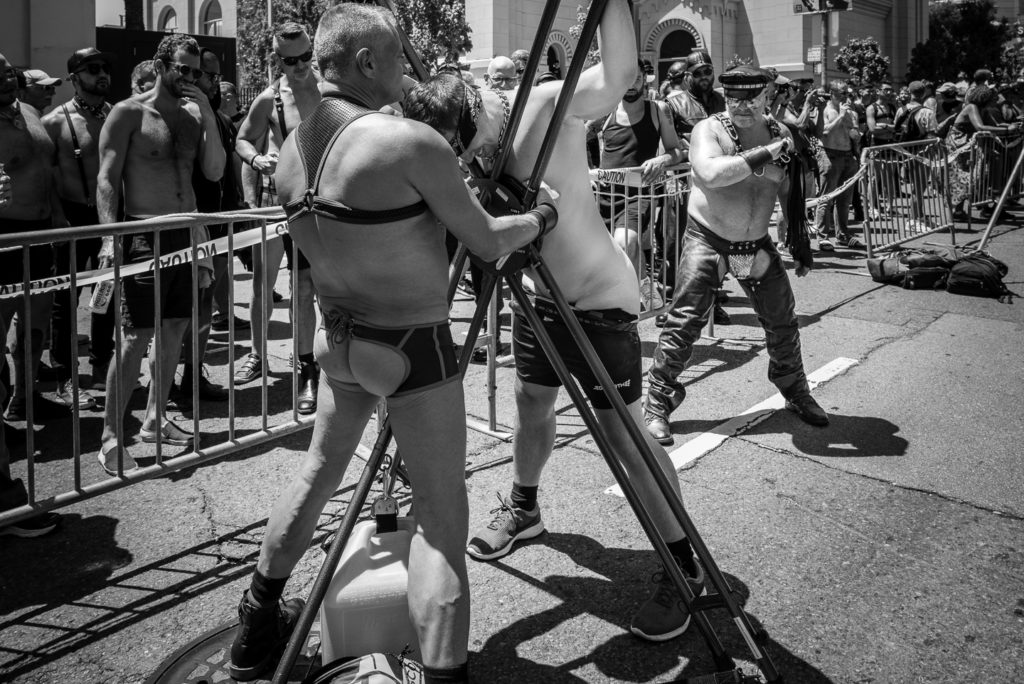 “Hmm. I believe I took a wrong turn a couple of streets back.” 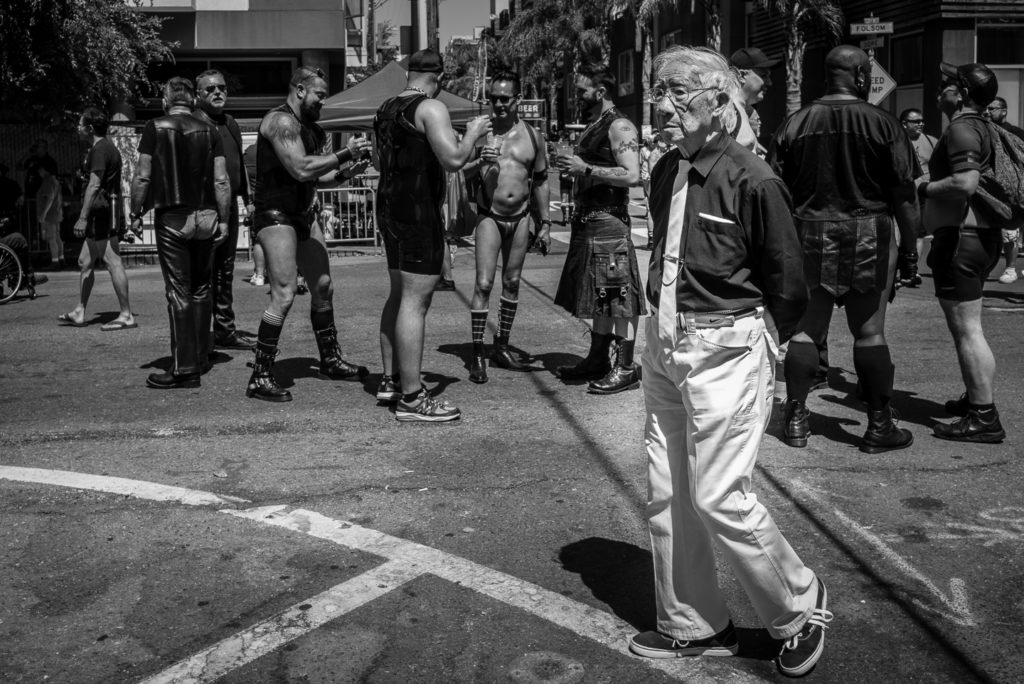 I can’t understand this guy wearing a sweater on such a hot day. 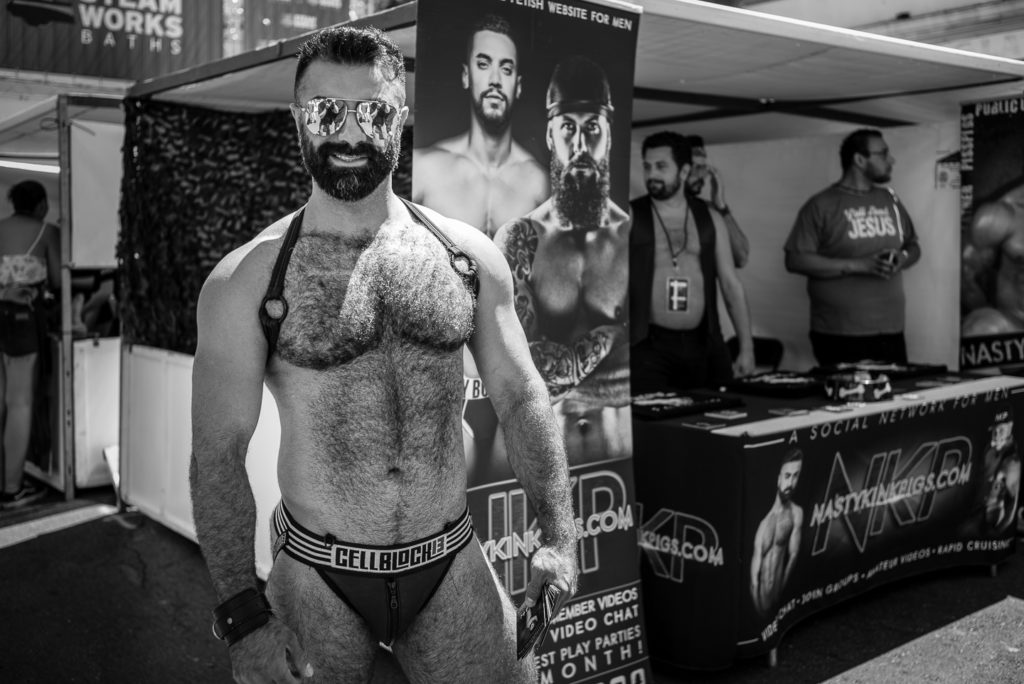 Here’s a portrait in the shade. The yellow filter I had on helps make her skin tone brighter. 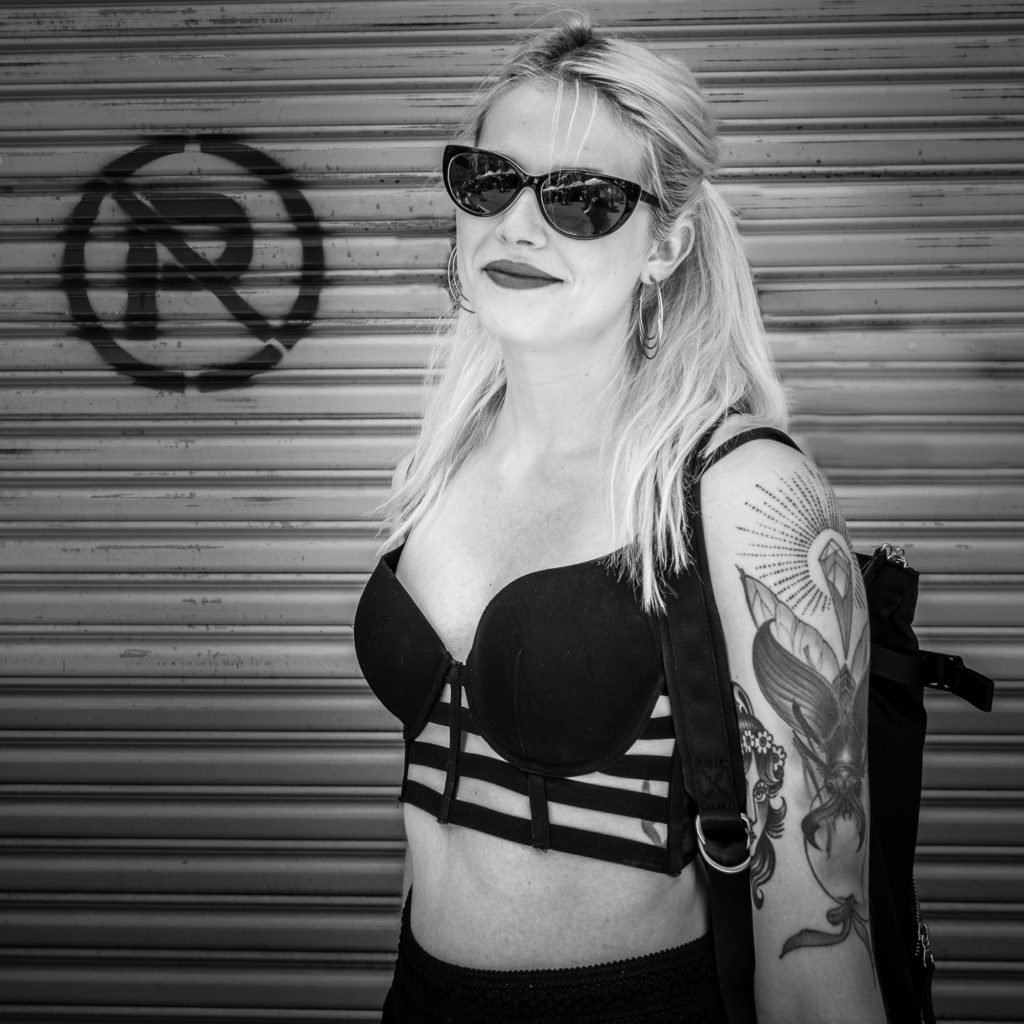 The music from the nearby sound stage that this man was dancing to was so strong, I could feel the concussive force hitting my back. 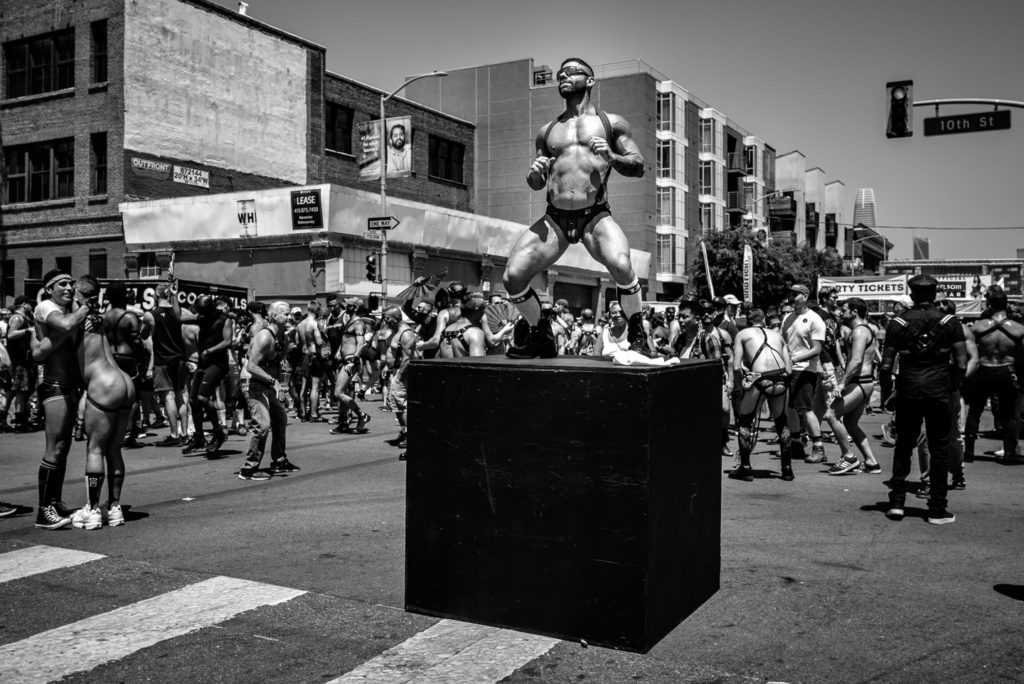 There’s always plenty to photograph at this type of only-in-San Francisco event. This one was smaller than the Folsom Street Fair, but no less of a view into an SF subculture.