Before heading out early last Sunday morning, I listened to the local news. The weather report said it would be a warm day, but the Golden Gate Bridge was very foggy. I’ve photographed the bridge many times, in all kinds of weather, but fog is always promising, and very San Francisco. So even though I’d planned to go elsewhere, I headed to the bridge.

When I arrived at Fort Baker on the Marin County side around 8 a.m., there was indeed a lot of fog. Too much, as it turned out. I took many photos, but wasn’t all that happy with any of them. Here’s an example. 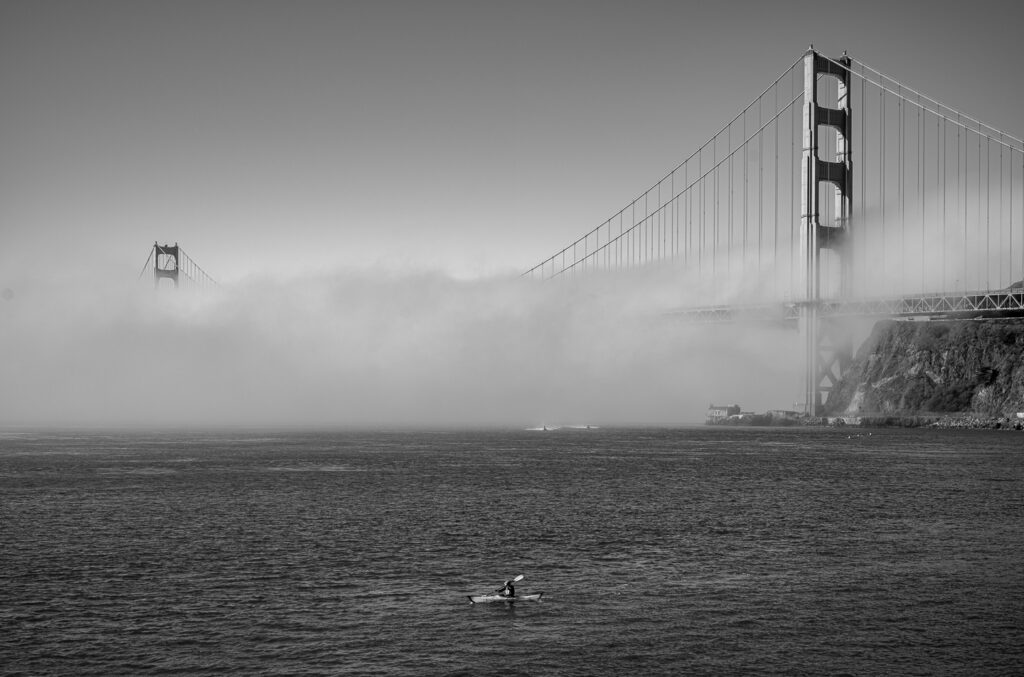 So I hung around at the same location for a couple of hours, and even though the sky overhead was clear, the fog, in my opinion, remained too dense. I got shots like this, which is better, but still not great. 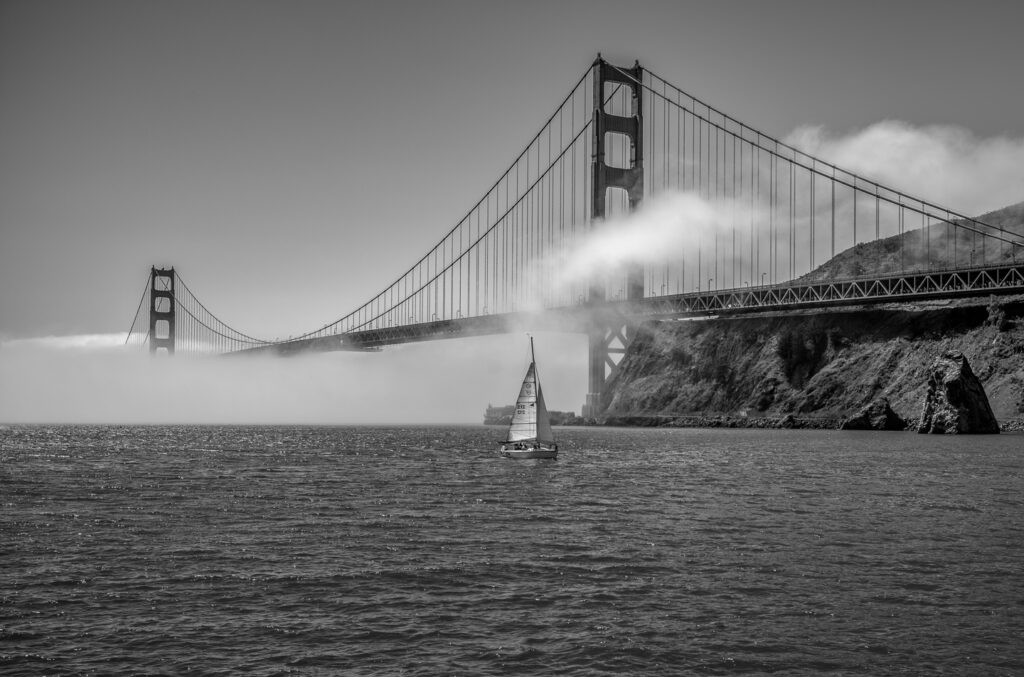 So around one o’clock I decided to leave, and as I was driving away, I looked back and realized that the bridge looked better from where I was at that moment, and there were wisps of fog curling around the north tower. So I parked again, got out, walked down near the shore, took about three photos, then drove away.

The irony is that after taking a couple of hundred shots at the previous location, with several focal lengths, different colored filters, and different vantage points, it turns out that the photo of the day—the one below—was taken at the last minute, as I was leaving, and from a spot where I stayed not for hours but for about two minutes. 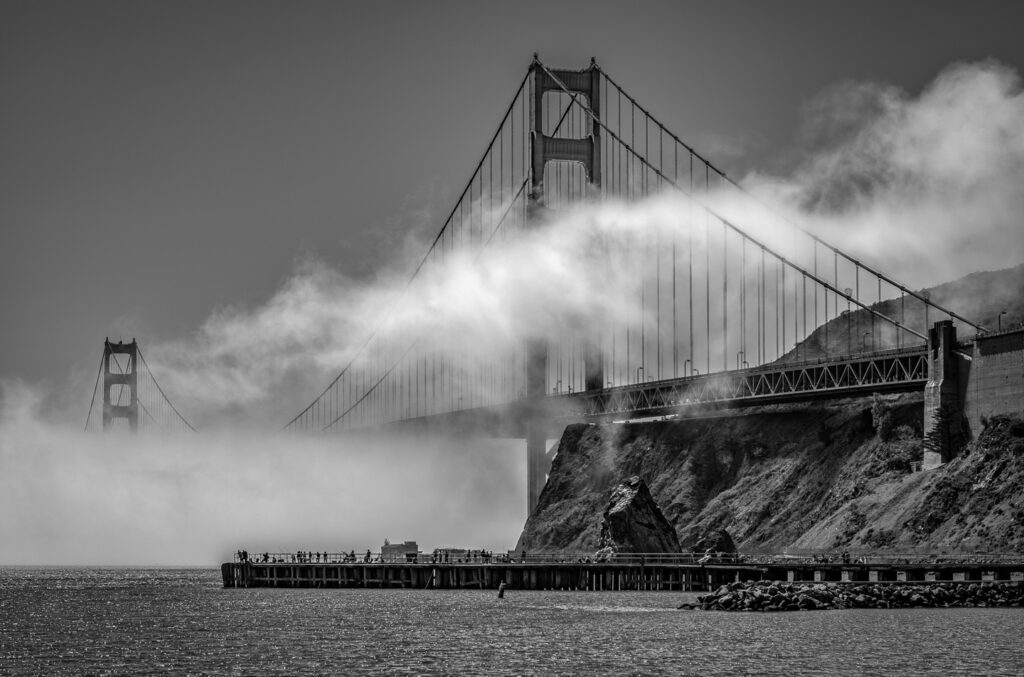 For me, the lesson—which I’ve learned before but forget—is that the longer you stick around, and the more approaches you try, the luckier you may get. The extra time doesn’t always pay off, of course, but it’s always worth trying to get that one more shot.