An Ideal Black and White Subject

The Conservatory of Flowers in Golden Gate Park is apparently just behind the Golden Gate Bridge among San Francisco’s most-photographed structures. It’s definitely a picturesque building in a beautiful park setting—and a great subject when you’re shooting with a black and white camera.

I got there just after sunrise on a Sunday, when there were very few people around and the light wasn’t too strong yet. It’s a bright white building, and with direct, unfiltered sun, it’s hard not to blow out the highlights. I was trying out filters that day—yellow, orange and red. Orange worked the best, and that’s what I had on here. 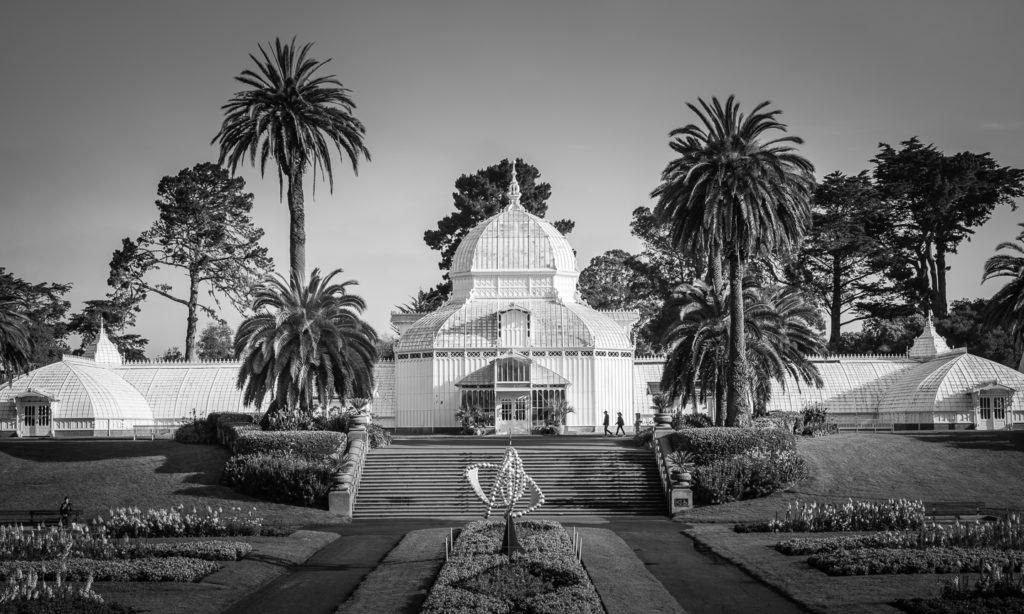 I came back to the Conservatory later in the day and shot it from several other angles. The orange filter helps a lot with increasing the contrast between the blue sky and clouds. 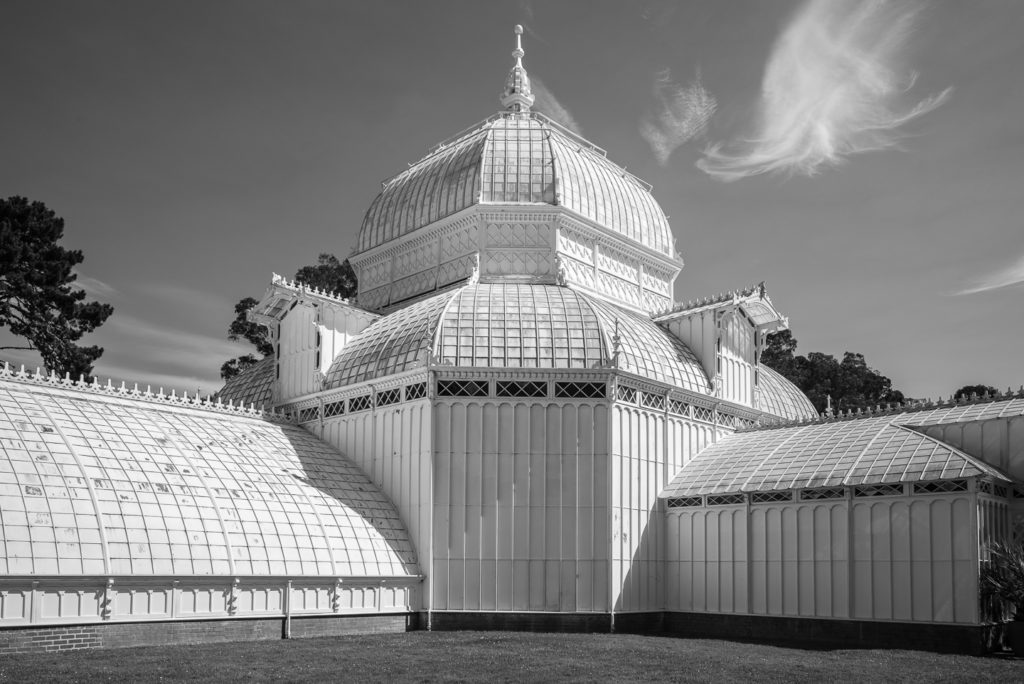 I was hoping this young lady would turn around and walk towards me, but she didn’t. Oh well. I guess it’s true that “amateurs photograph people’s backs; professionals photograph their faces.” 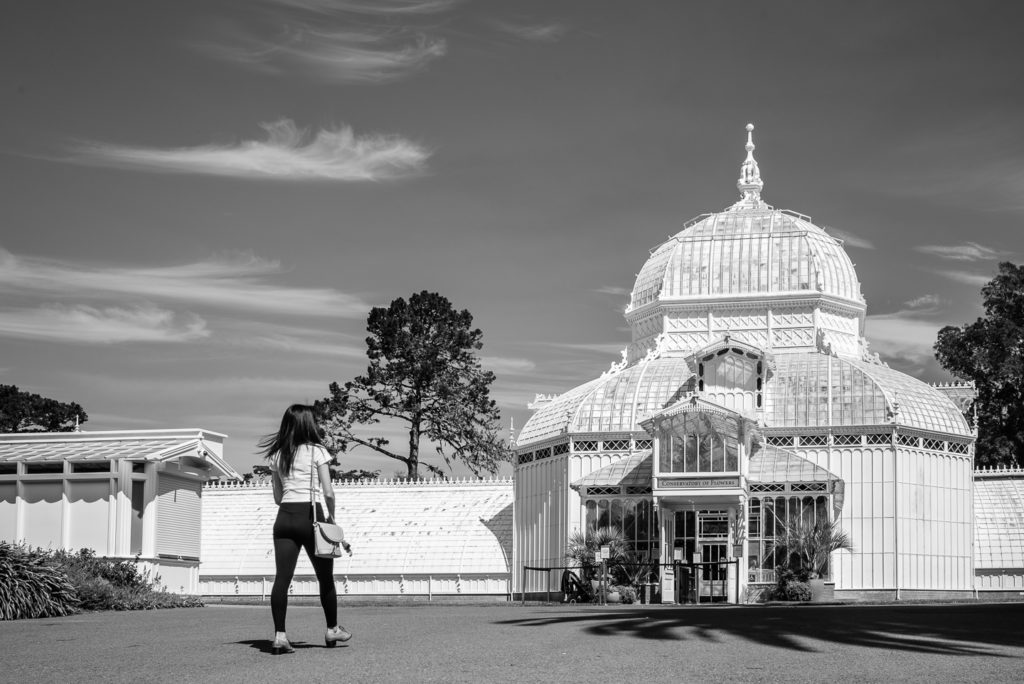 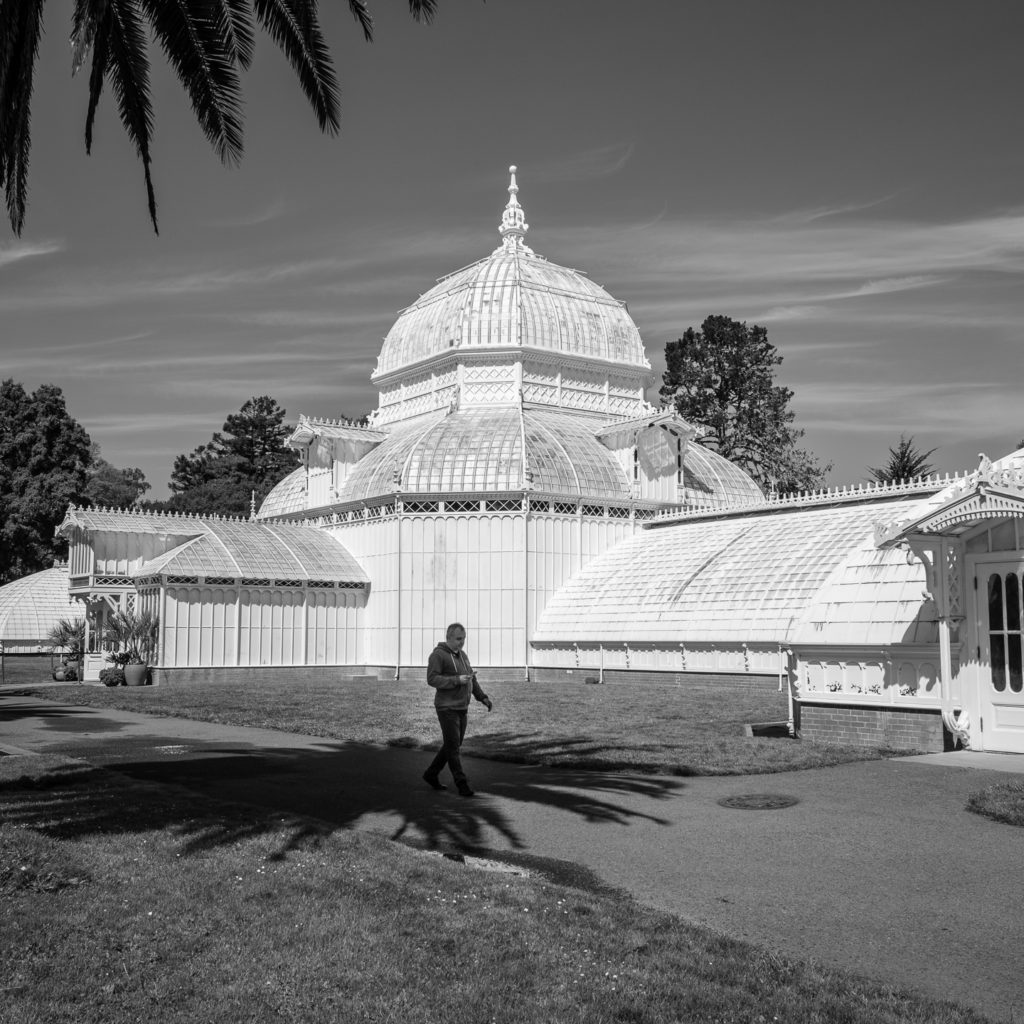 The detail in photos like this one of a subject with lots of fine structure, brightly illuminated, is a big part of their appeal. 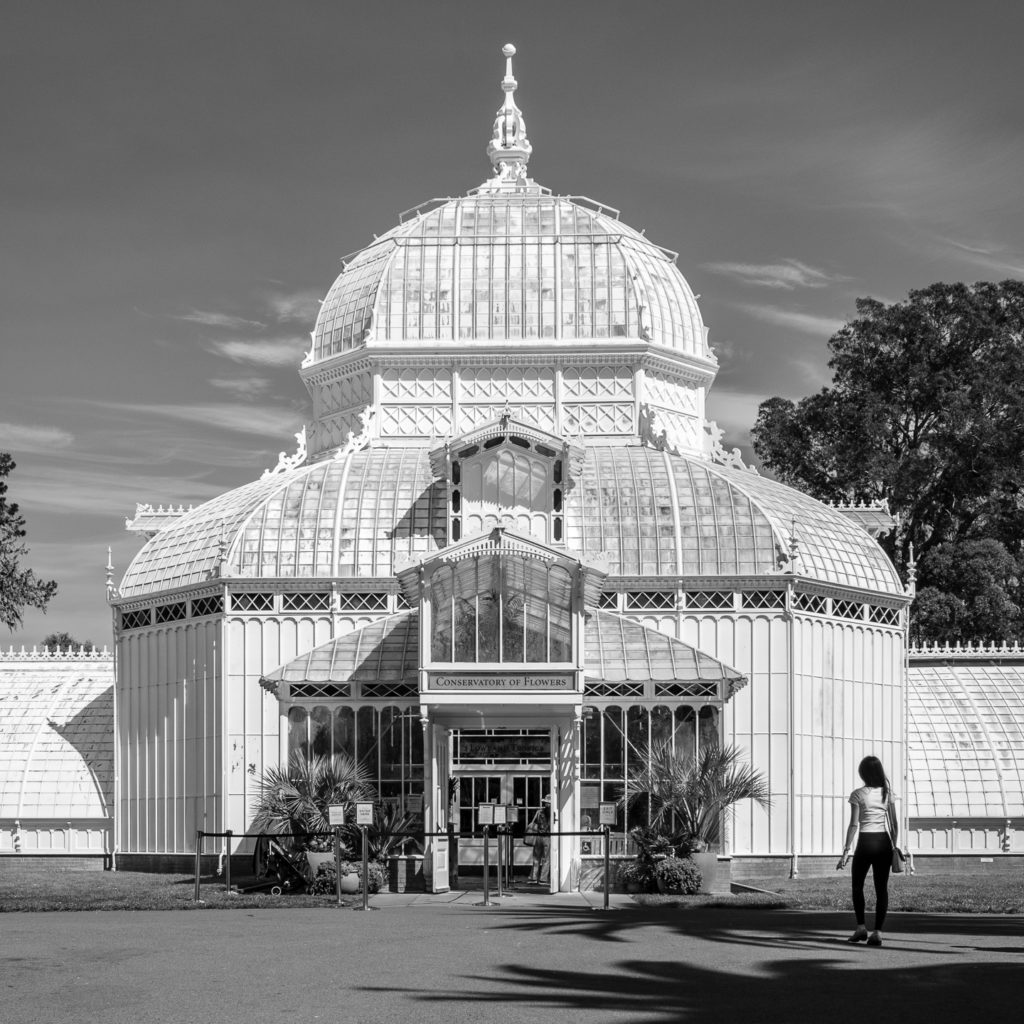 I’d visited the conservatory before, but hadn’t photographed it with this camera, in black and white. It also looks great in color, of course, with blue sky and all the flowers around it. But as a black and white subject, it’s just about perfect.