Meeting the Emperor in San Francisco

Photo educators and workshop leaders frequently exhort newbies to venture out with their cameras because one never knows what one might come across—like Norton I, Emperor of San Francisco and Protector of Mexico.

I was in SF on Sunday, haunting the Embarcadero looking for images, and had just taken a forgettable shot of something or other and was looking at my LCD. Out of the corner of my eye, I registered someone in an eye-catching outfit coming my way. I looked up and saw it was the Emperor himself. I talked to him for a couple of minutes and found out he was on his way to lead a walking tour. I asked if I could do a portrait of him and he said yes. I posed him a little by asking him to look in a certain direction and not smile. He did the rest. The Vaillancourt Fountain in the background doesn’t hurt. 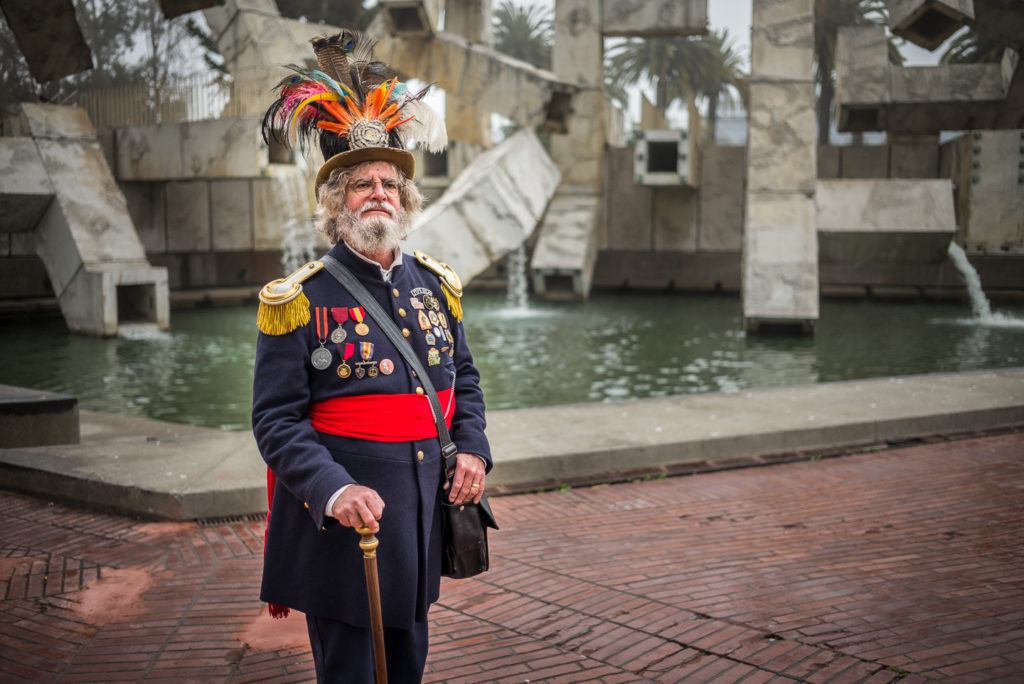 I know that’s a color photo and this site is Grayscale Photography. Oh well. Emerson said, “A foolish consistency is the hobgoblin of little minds,” so that’s my excuse.

To redress the balance, here are a couple of black and whites from that day. It was foggy in SF that morning, which produces an effect I really like when photographing architecture. 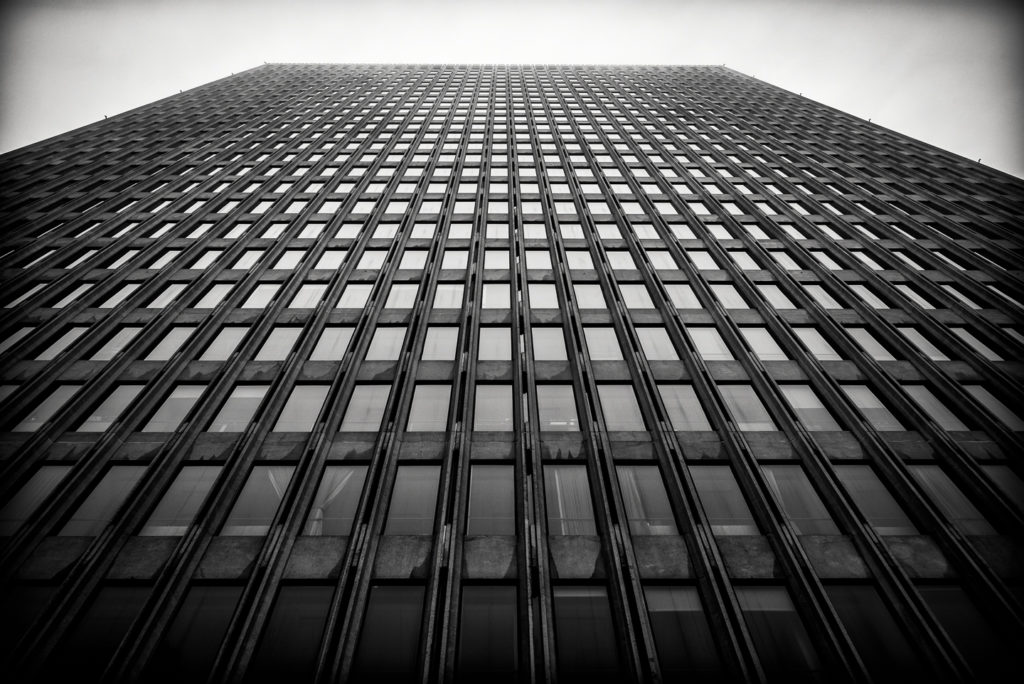 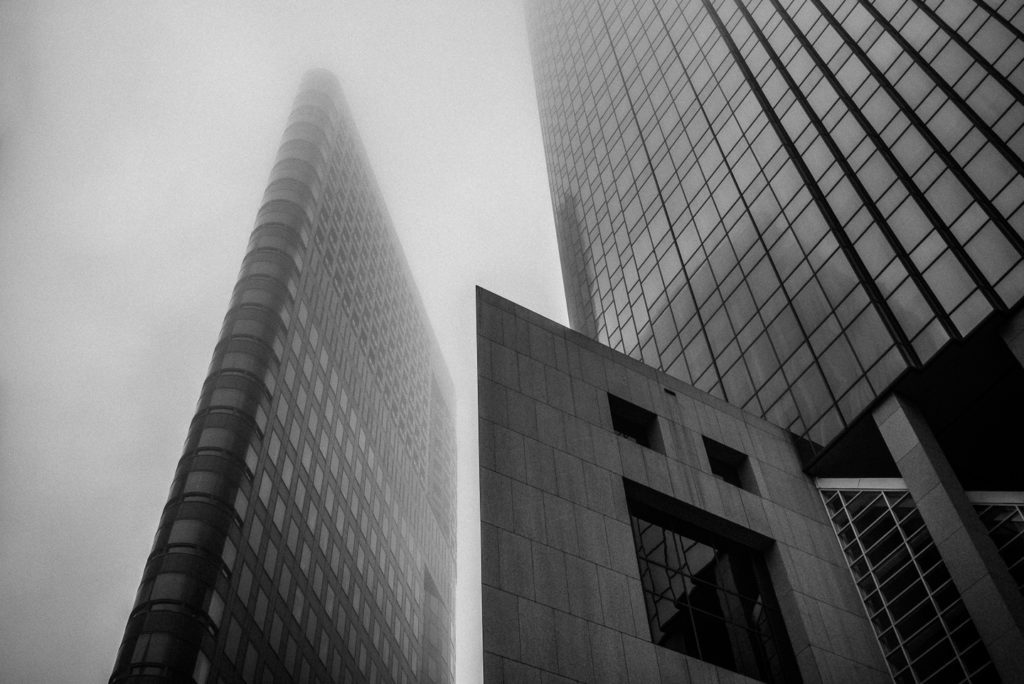 This is a study in shapes. 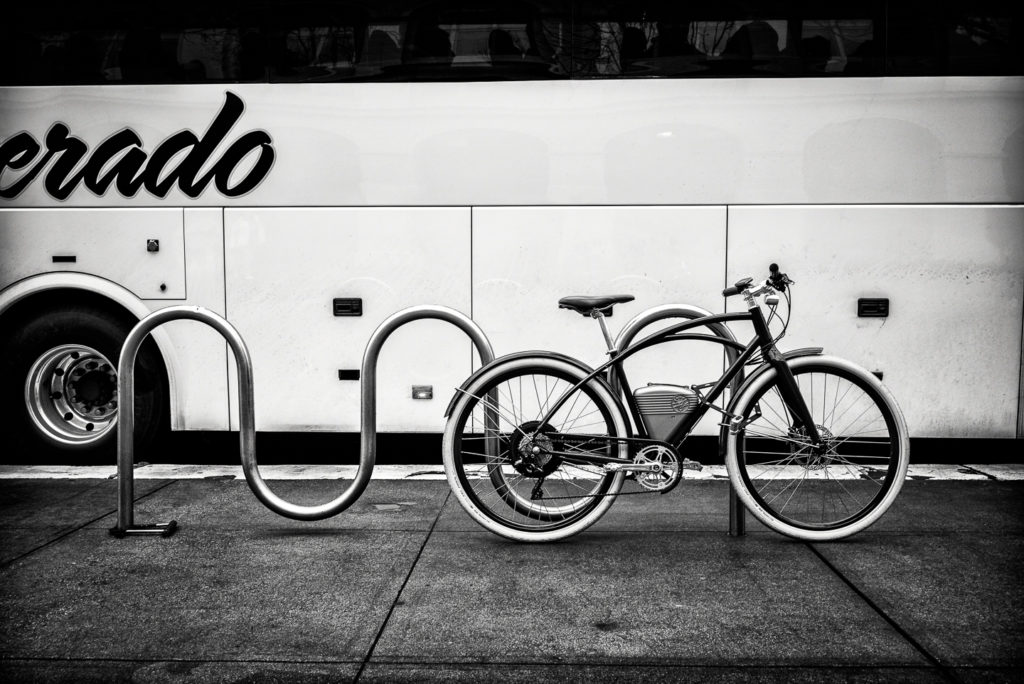 I know I’ve praised Oakland as a rich photo destination, but SF is probably even better. And getting there on BART is fast and cheap.