Performer in the Park

I was walking around Balboa Park in San Diego near sunset, looking for street photos, and finding nothing worth shooting. I took one last walk down the main pathway and, at the end, found a woman practicing what I later found out, by talking to her, are her circus routines. In a strong eastern European accent, she told me that because of the pandemic, she’s not currently working at a circus, but needs to keep practicing so she’ll be ready when she can go back.

I took several photos of her and gave her my card so she could email me to get the photos if she wants. I haven’t heard from her yet. 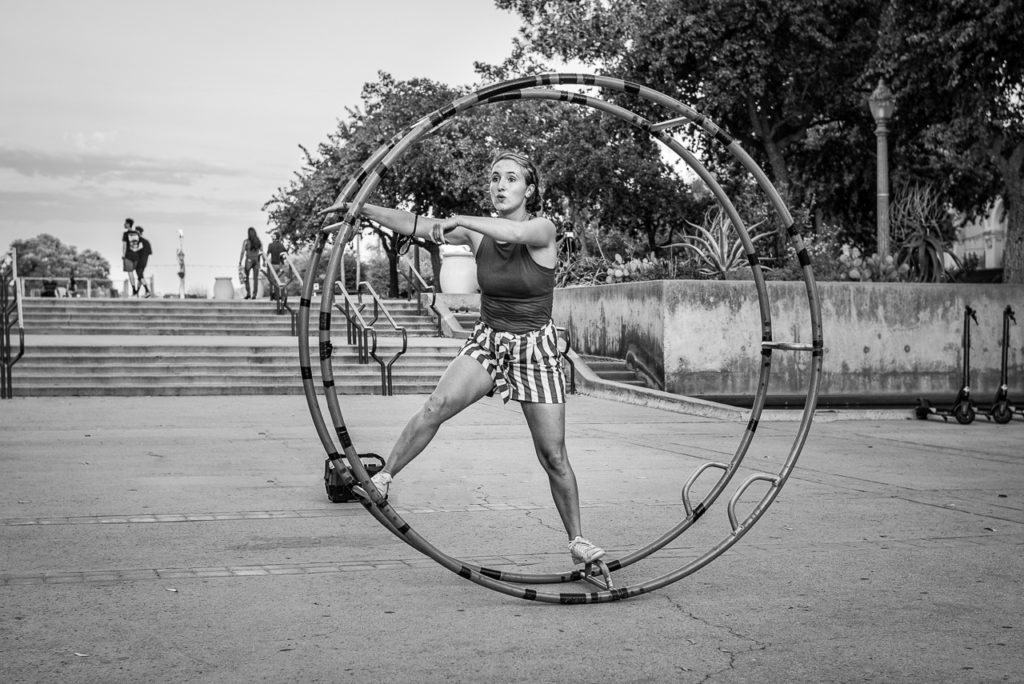 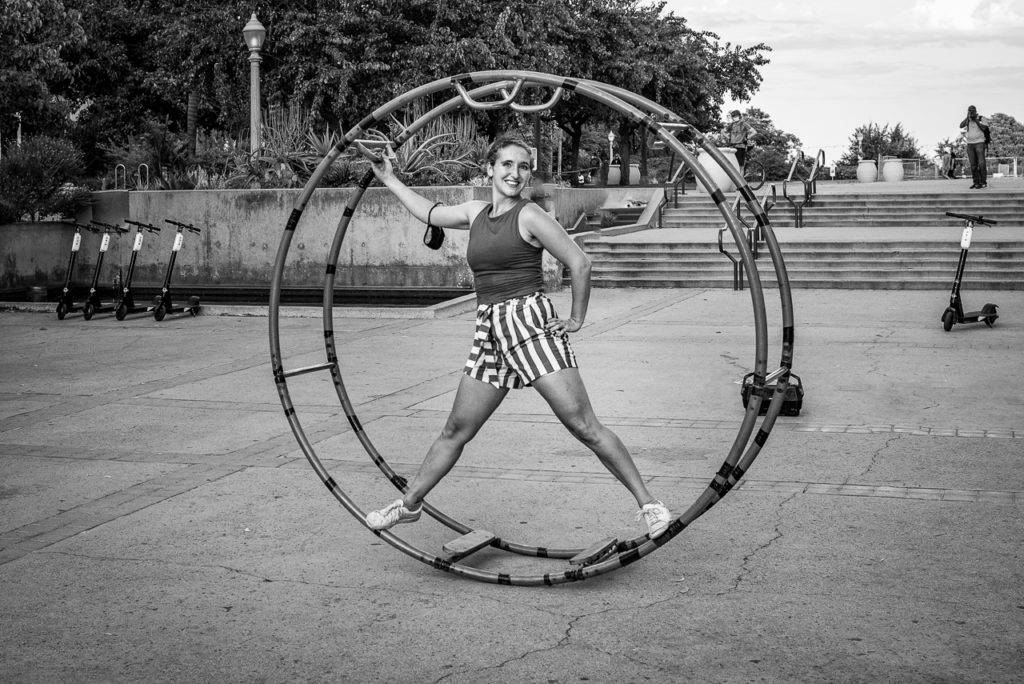 I also took a couple of portraits of her (all the above are candids) but framed them poorly by cutting off her hand at the top of the photo. There are a couple of reasons for that: One is just carelessness. The other is that I often can’t make up my mind whether I want to take a close-up and defocus the background, or step back and get the subject all in. Of course, I should do both, but I’m often worried about taking up too much of the subject’s time. Maybe I’ll get over that someday; maybe not.