Dog Shows How to Pose

Walking along the Embarcadero last Sunday morning, I came to a small grassy area near the Cupid’s Span sculpture. Dogs were playing on the grass, and one, a Vizsla, whose name, I found out later, is Lyra, was scouting for birds to chase. At the end of a low concrete wall, she was posing perfectly still like a statue. She made a great subject, so I took a series of photos of her, first with my 35mm lens, then with my 75mm.

I liked the photos with just her, but I wanted something else in the frame. When I saw a person with a big white dog approaching from the right, I waited to include them. It’s a bonus that the dog turns his head to look at Lyra as he passes. 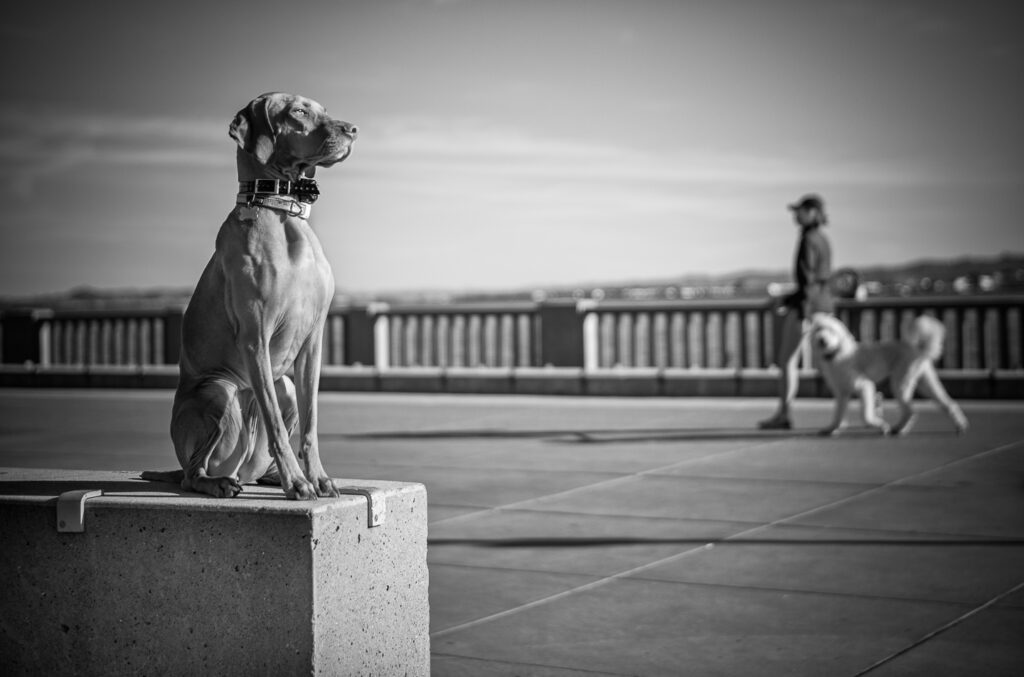 Lyra sat there so long, I was able to change lenses. I switched to the 75mm and shot her at f/2.0. I didn’t exactly nail the focus, but was able to fix it with Smart Sharpen in Photoshop. 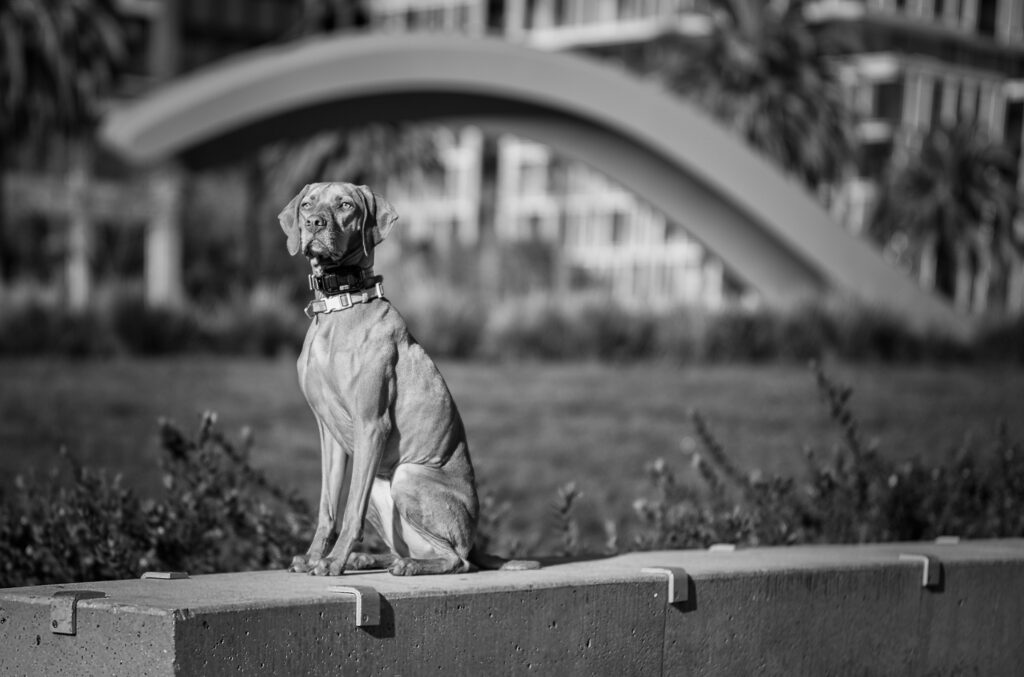 I talked with her owner, gave him my card, and told him I’d be happy with email him some photos of Lyra. He did get in touch, and was happy with the photos I sent him.

Once again, it proved true that you never know what you’ll get when you go out to do street photography. Sometimes nothing, sometimes a dog who knows how to pose.