Last Thursday was a foggy day, so I went out early in the morning to try using the fog as a blank background to isolate subjects. I was looking for trees standing alone, with the idea of turning them into silhouettes in monochrome. I never really found that, but instead remembered a statue in a nearby park nearby that’s close to the top of a hill. I knew I could isolate it against the gray sky, so I went there and took that photo.

When I was processing it, I decided to add a medium dark vignette to focus attention even more on the statue. Then, just experimenting, I made it darker and darker, then rounder and rounder. As I did that, it became like a spotlight behind the statue, or like a giant sun or moon that you sometimes see behind a subject when the photographer is using a very long telephoto. I liked the effect, so I kept it. I also crushed the blacks on the statues so they’re pure silhouettes. Here’s the result. 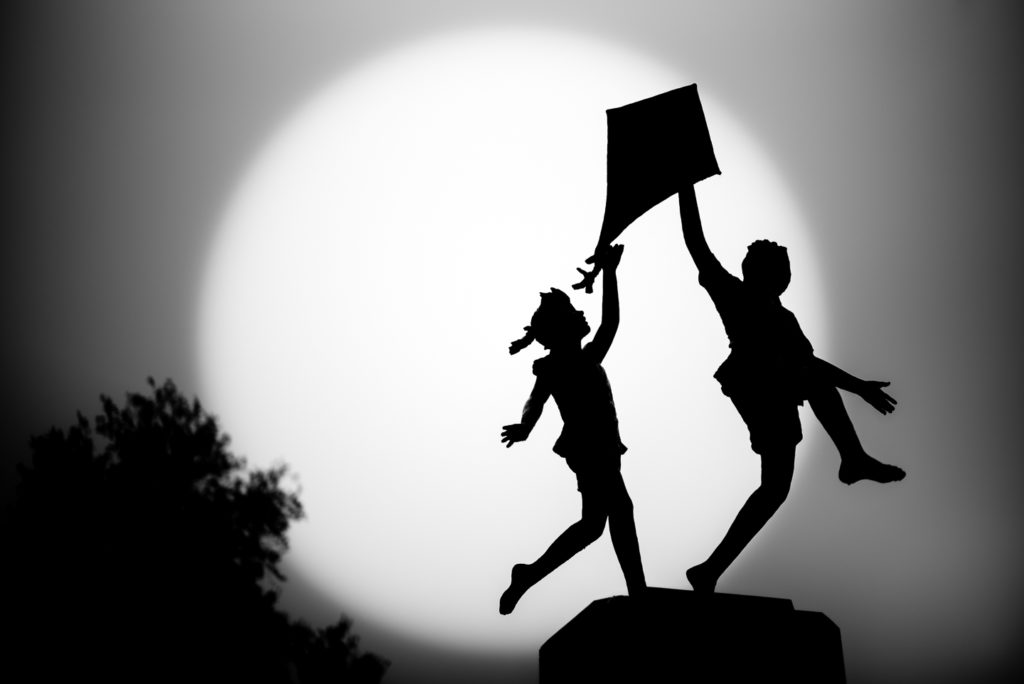 That’s the only photo in this post. I didn’t get what I went out looking for, but I like what I got in the end.