Camera clubs disqualify images that a judge determines to be “photos of someone else’s art.” But if you put your spin on such subject matter, that’s OK.

Fortunately, this isn’t a camera club competition. Here are two photos of other people’s art from the Burning Man exhibit currently at the Oakland Museum.

Named “Trocto,” this sculpture was done by an artists collective called HYBYCOZO, which stands for Hyperspace Bypass Construction Zone. I waited for the right person to be in the right position, converted it to monochrome to emphasize the light and shadows, and applied a Silver Efex Pro 2 effect. 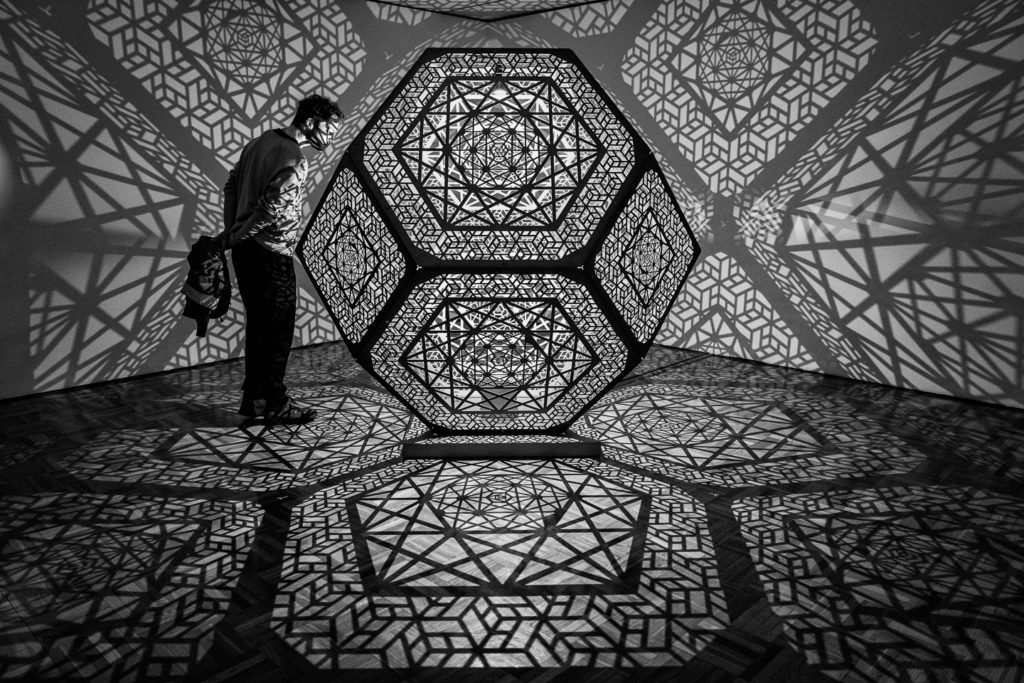 This is a straight shot (other than the b/w conversion) of a sculpture called “Truth is Beauty” by Marco Cochrane. He built a 55-foot tall version that appeared at Burning Man in 2013. The overcast day was the right weather for this outdoor shot. 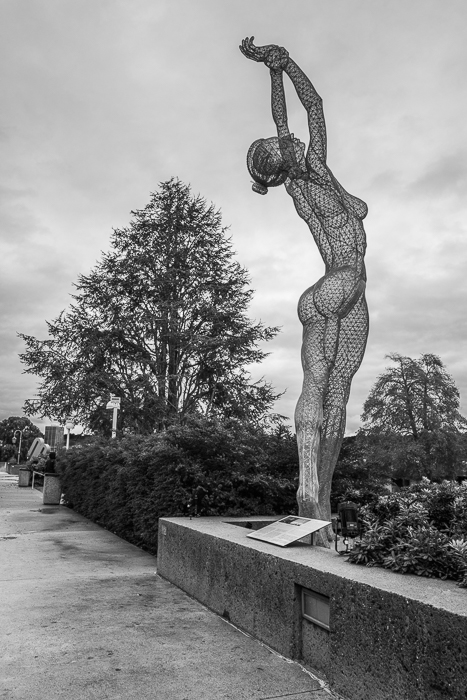 Same comment about weather here. I’ve shot the Alameda County Courthouse several times; I think it’s a handsome building. I like the feel of the gray sky and the soft light on the building. 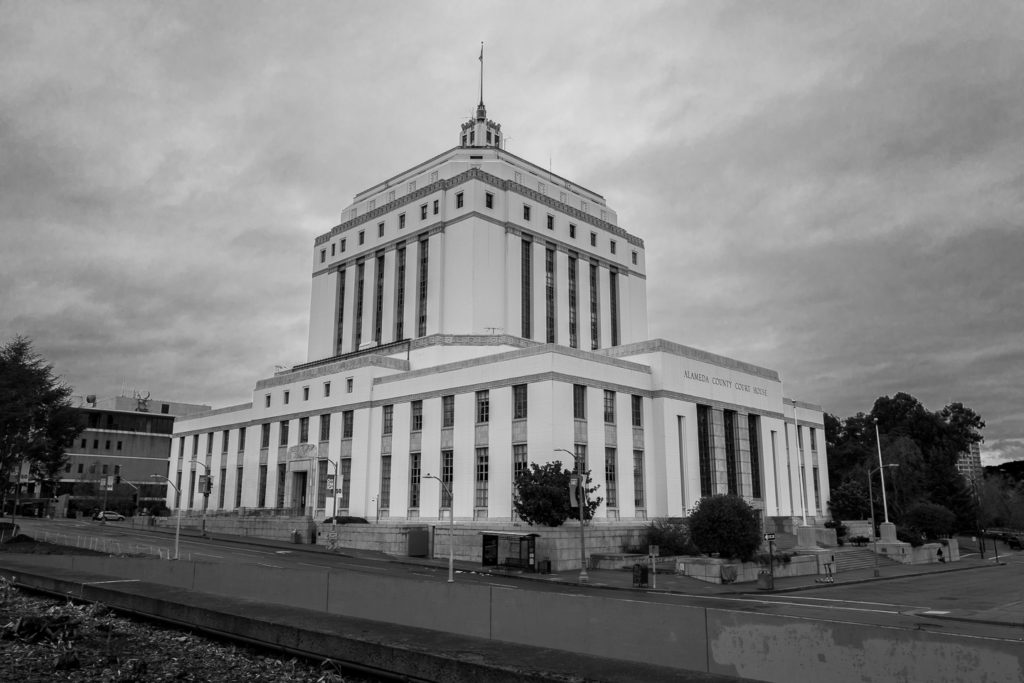 I went to the museum because it was a rainy day and I could take photos indoors. Turns out two of the best shots of the day were outside. Guess it always pays to venture out—except when it doesn’t.