On a recent trip north, I photographed the Carson Mansion in Eureka, California. I’d been wanting to shoot it for years, having seen photos of it on the web. Built in 1885 by lumber baron William Carson, it’s a Victorian in the Queen Anne style, and, according to Wikipedia, is “one of the most written-about and photographed Victorian houses in California and possibly also in the United States.”

So, knowing it would be a long time before I traveled to Eureka again, I set about photographing it with my monochrome, color and infrared cameras. It’s such a striking building, I think all three looks work well, but then, I don’t think you can take a bad photo of a subject like this. 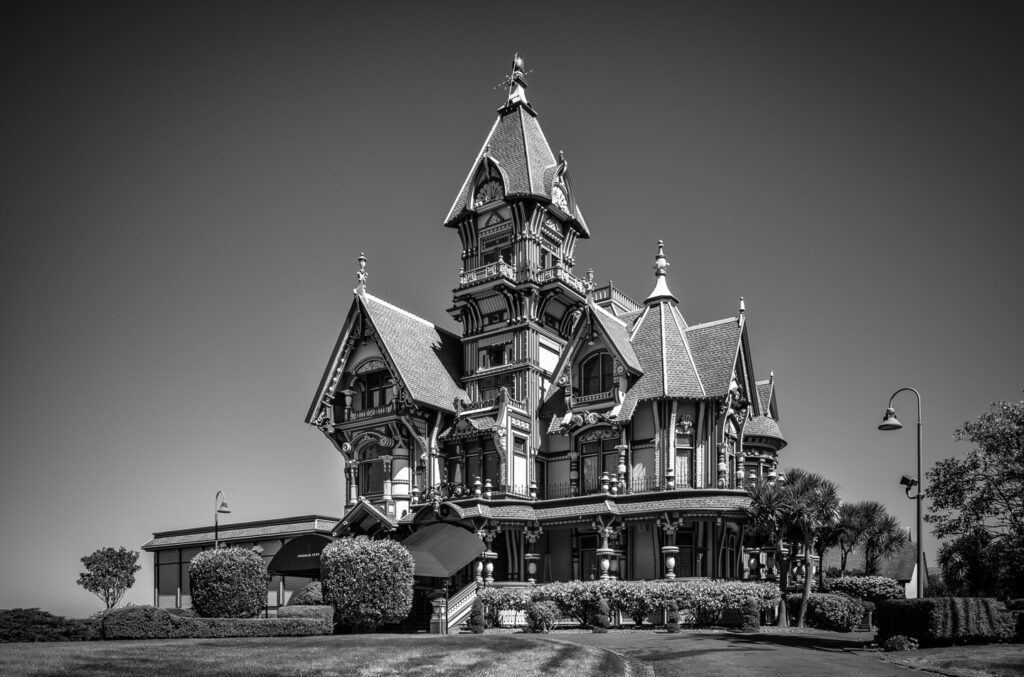 Sometimes, having clouds in the sky adds another element of interest. But at other times, like here, it would compete to a degree with the main subject. So I was glad we had a cloudless blue sky that day. 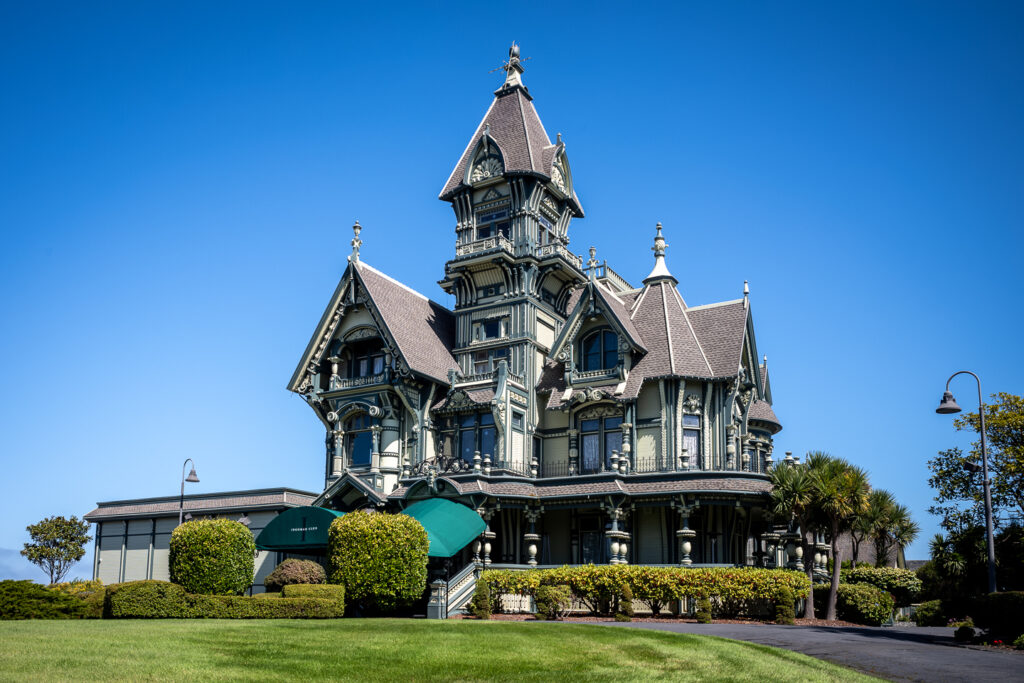 The mansion is smaller in this infrared version, because I wanted to include the palm tree. They’re always a reason to consider IR. 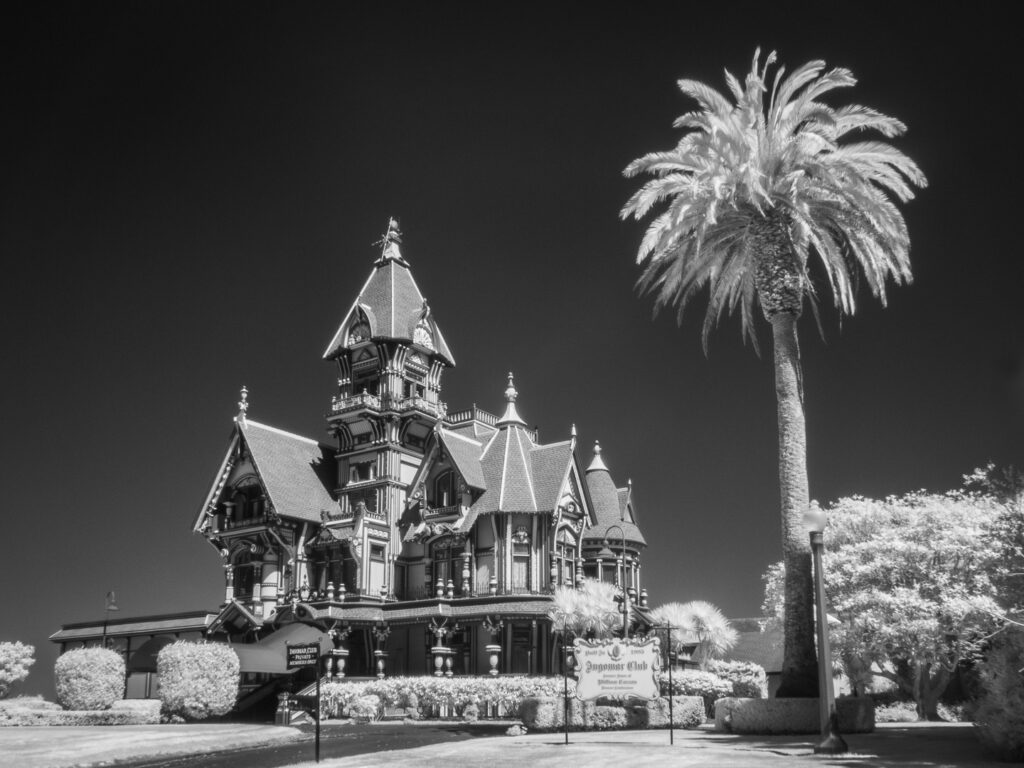 I don’t do a lot of architecture photography, but this building was worth the trip all by itself.