The views and the people on the Embarcadero make it a great photo destination. I was there just after sunrise on Saturday and took advantage of both possibilities.

This is a photographer who sells his work across from the Ferry Building. I’ve talked with him a couple of times. He was taking drone shots over Pier 7 and I took his photo with his drone. 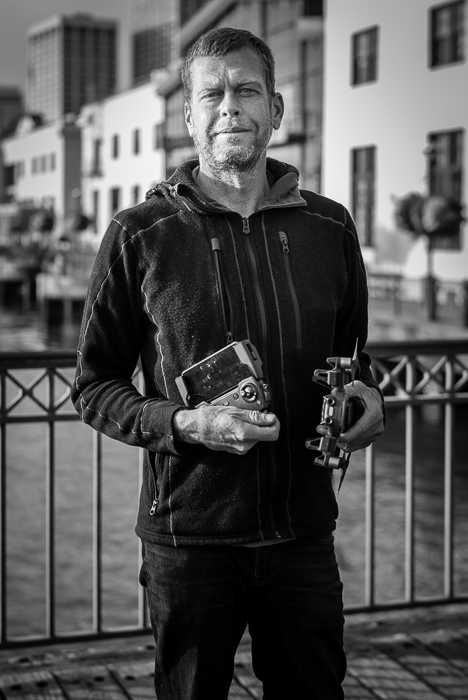 This lady was walking her dog, Mr. Bojangles, and I liked her look. 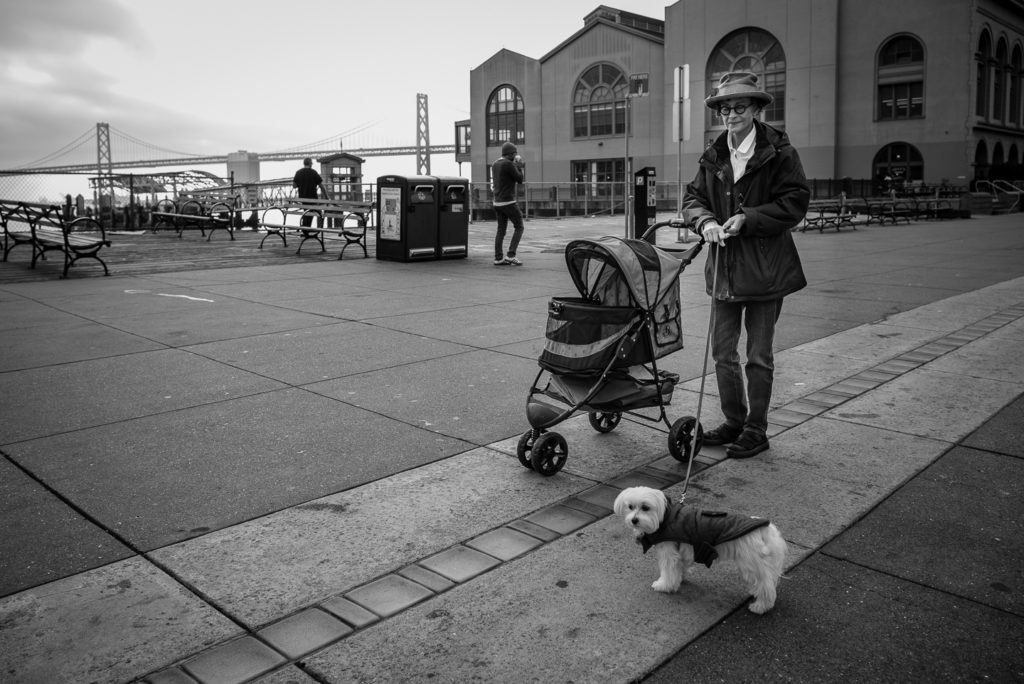 This is a doorman at a hotel on Bush St. I took his photo, thanked him, and started to walk away, but he stopped me and said he realized his tie wasn’t straight. He asked to take his photo again—which I did. (I’m not on the Embarcadero here. Oh well.) 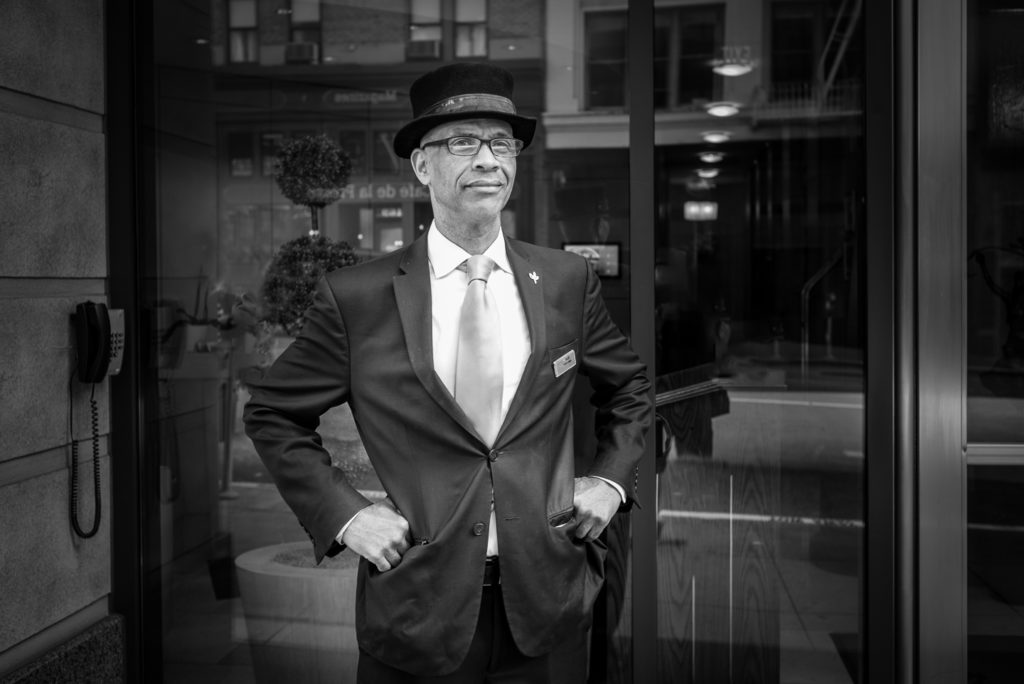 As for views, this is from Pier 14. What’s noteworthy to me is the front-lighting on the buildings—making them so bright and sharp against the sky. I also had a red filter on, which made for even more contrast. 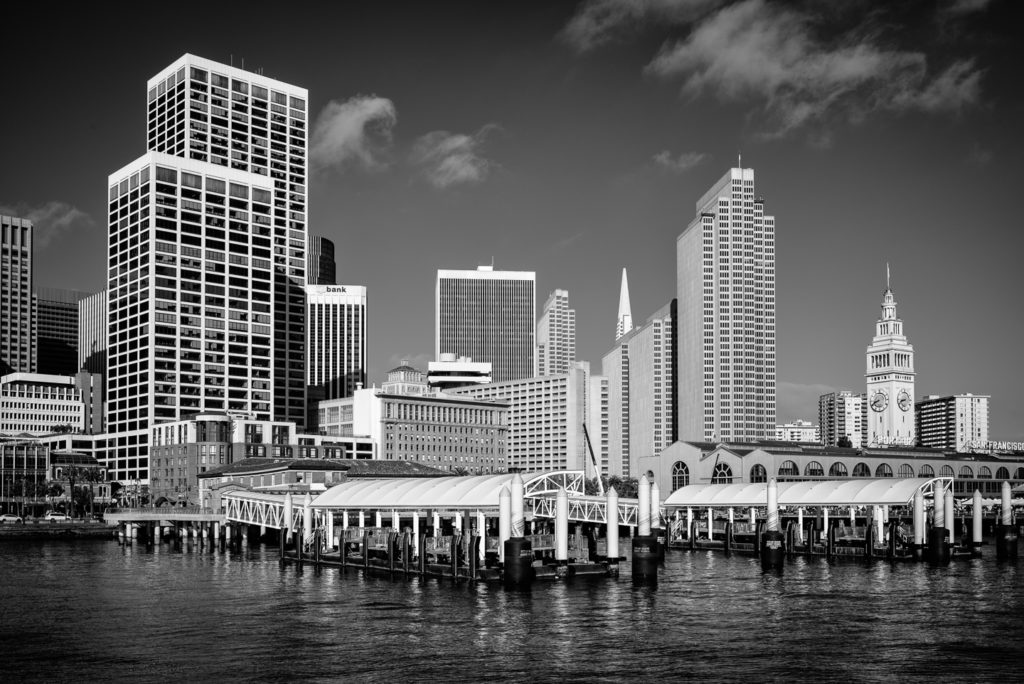 Speaking as a photographer, I feel lucky to live so close to San Francisco.