Back to an IR Mindset

My infrared (IR) converted camera was stolen out of my car in July 2018, and I haven’t done much IR photography since then. I could have, using an IR filter on my normal cameras, but that requires long exposures and a tripod. The results often aren’t great if you’re including trees in the composition because wind stirs the leaves during the exposure and they come out blurred.

So I bought a used point-and-shoot and had it converted. It’s the same model I had stolen, which is now pretty outdated technology-wise, but still works for IR. And, being a small P/S, it’s very convenient.

I went to the campus at UC Berkeley this weekend to try it out. I was looking for trees with reflective leaves, palm trees (which are especially good subjects), and white buildings set against what turns into an essentially black sky.

All my IR shots require a lot of post-processing. Even though I set a custom white balance in camera—to eliminate the strong color cast (blue, in this case, with an 820nm filter)—I still have to work them over in Canon DPP, Lightroom and Silver Efex. 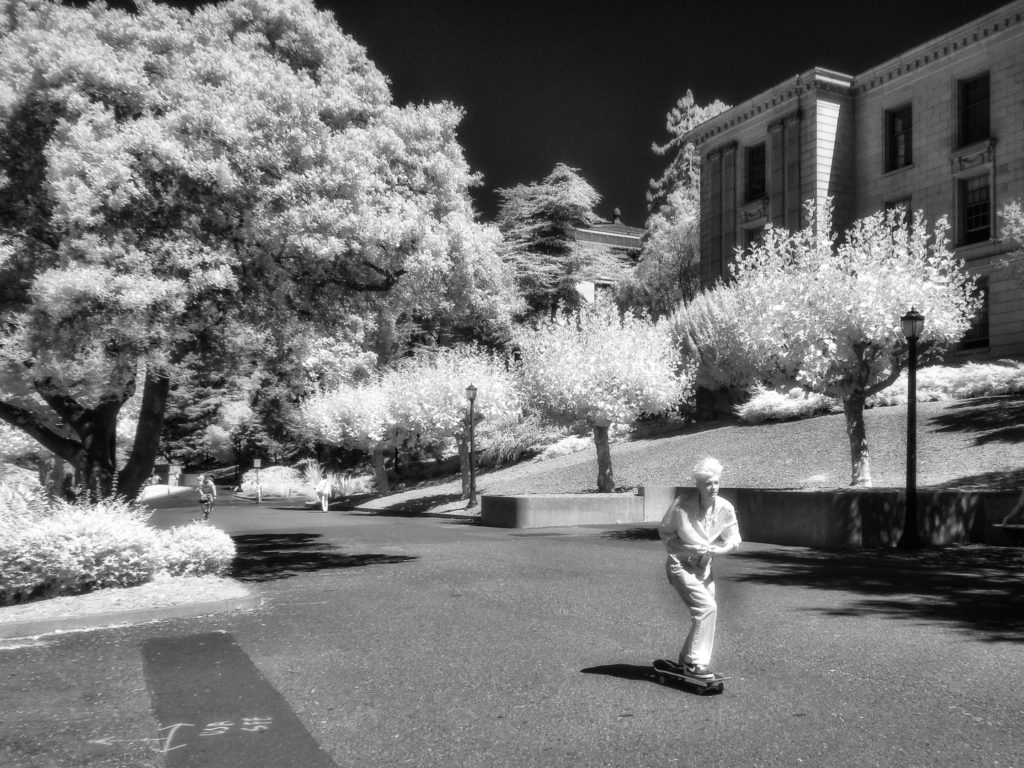 The building was the main subject here. 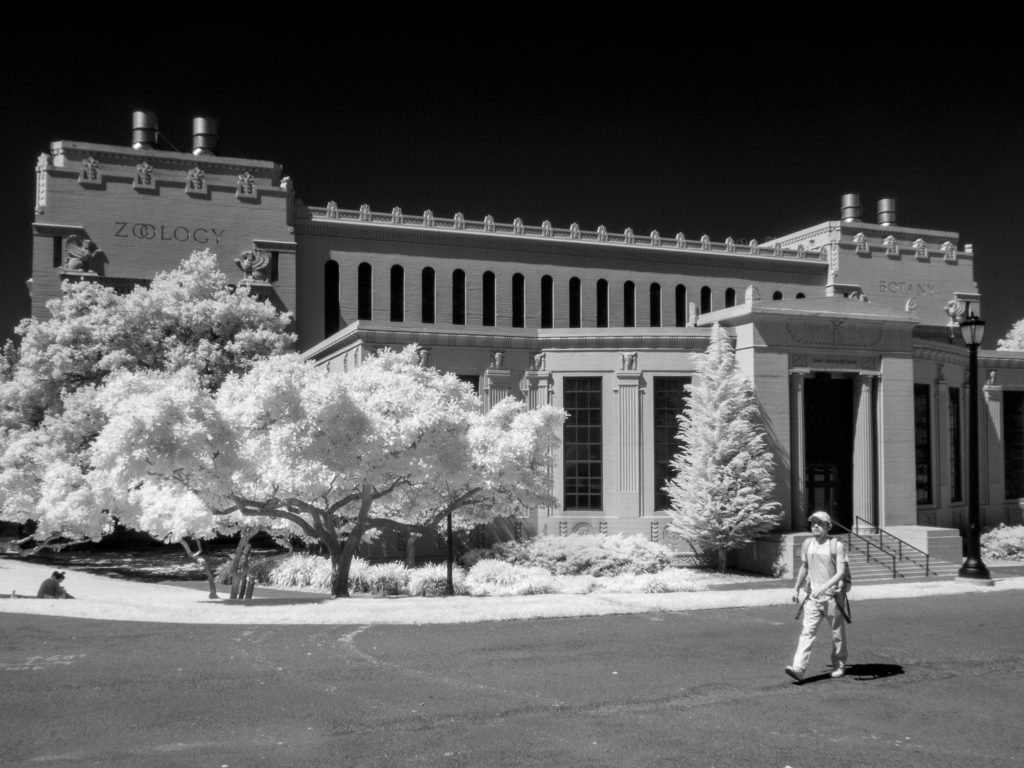 I had to get the campanile into at least one shot. But by itself, it’s nothing special in IR, so I shot wider to get more elements into the photo. 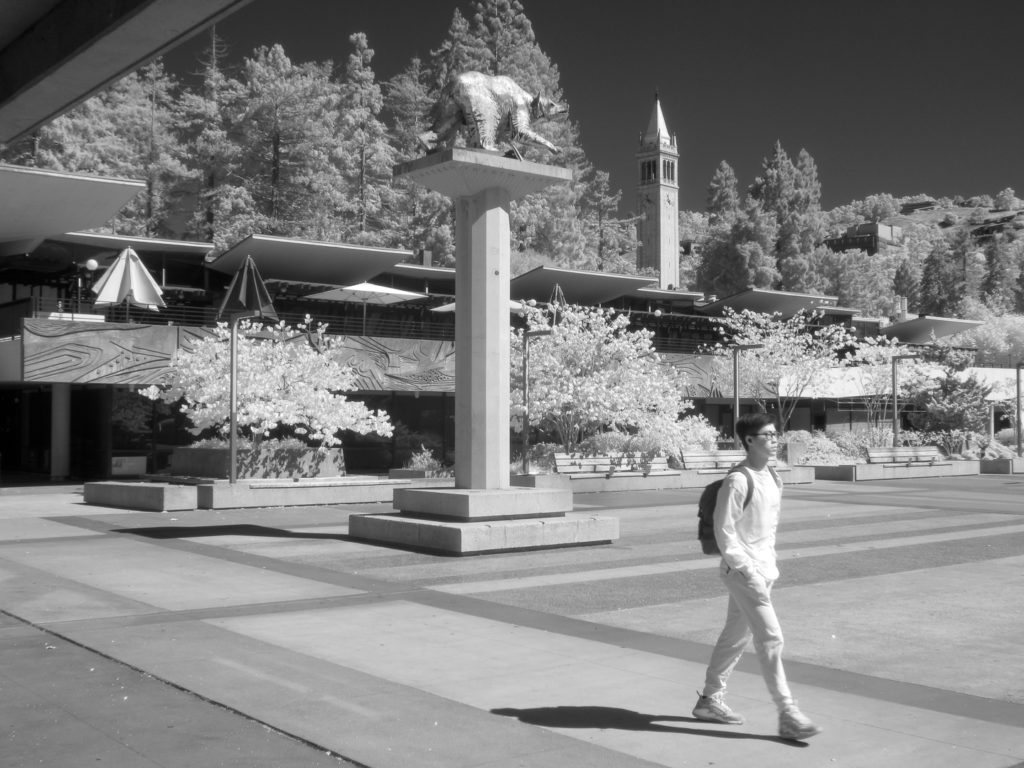 Now that I have a dedicated IR camera again, I’ll look for scenes that have potential as IR subjects. I don’t want to go back and do ones I did already with my previous camera, so I’ll have to roam further to find new ones.