I found a bench I could isolate against the sky, and thought it would be a good monochrome subject. So I took this shot. 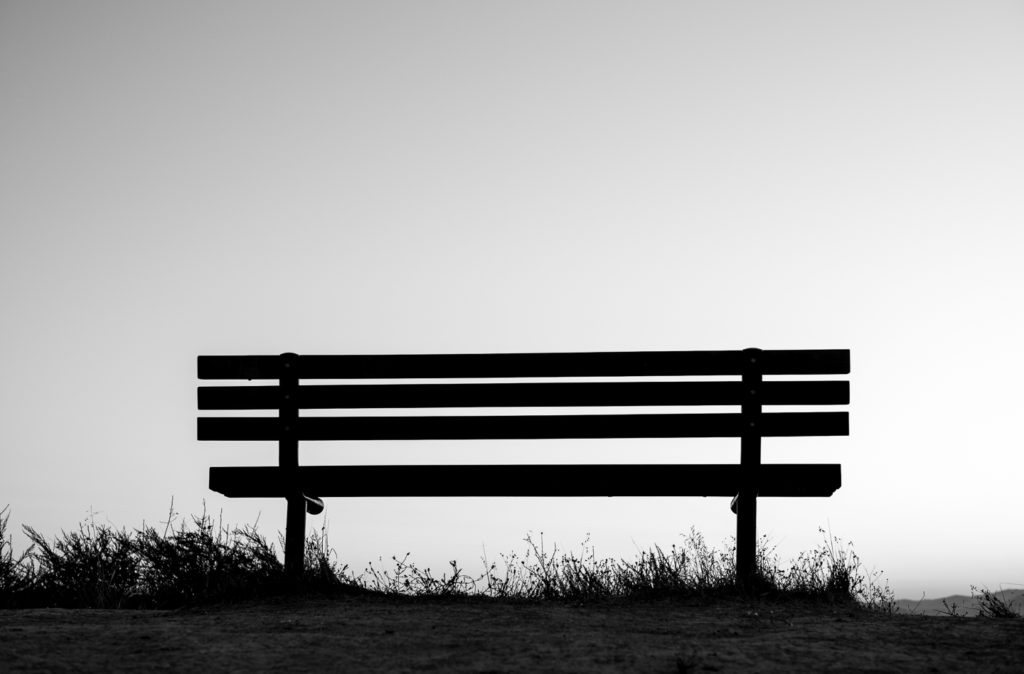 Graphic, but too simple. I added a person and tried a couple of poses. 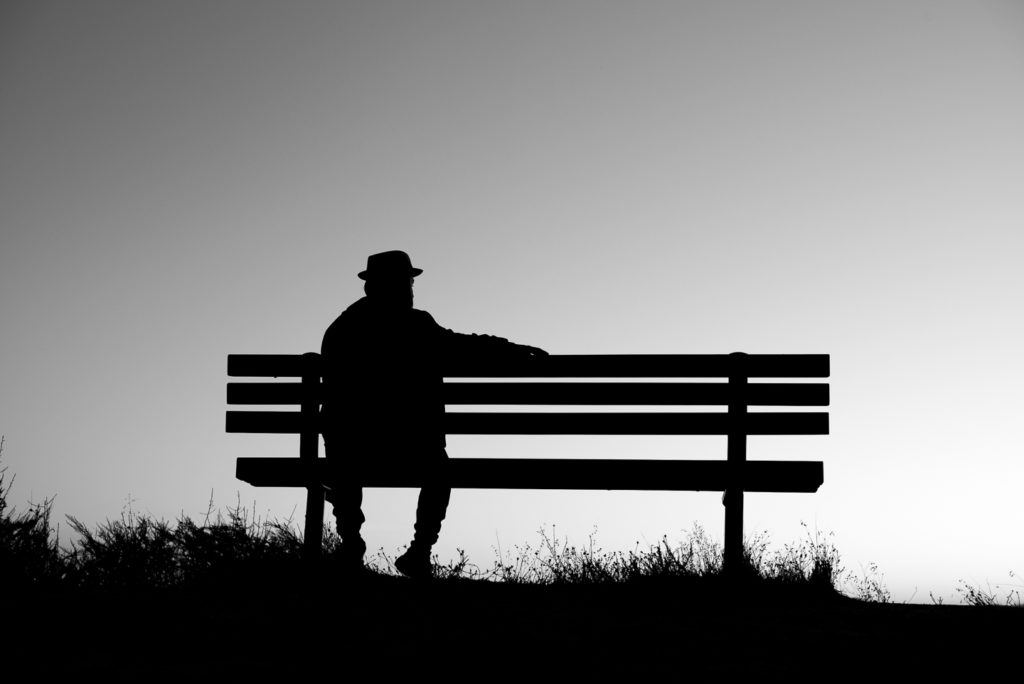 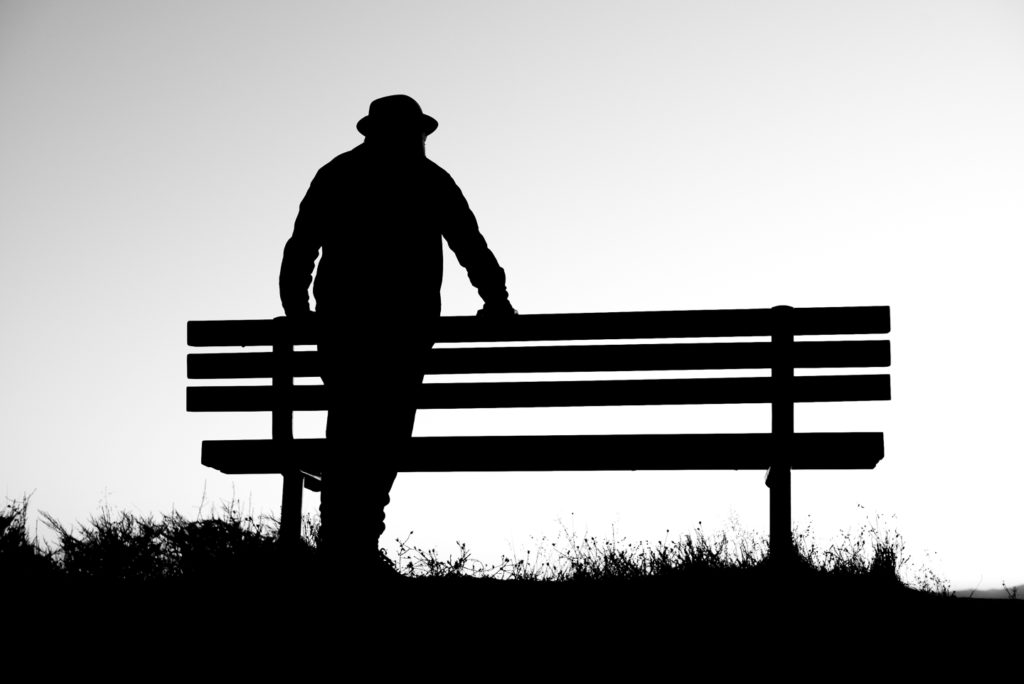 Better, but not yet there. I decided a symmetrical composition would work, so I tried the following pose, but felt the photo was still too simple. 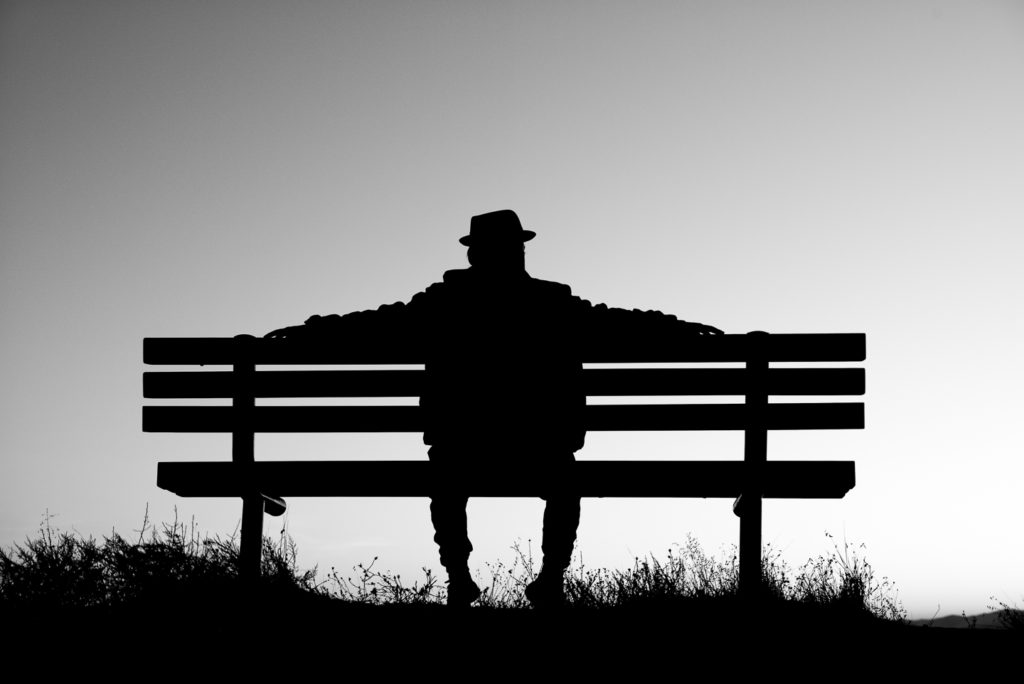 I considered adding some sky above him to make him smaller, but then had the idea to use Photoshop to create a scene that would be partly authentic, partly fabricated. 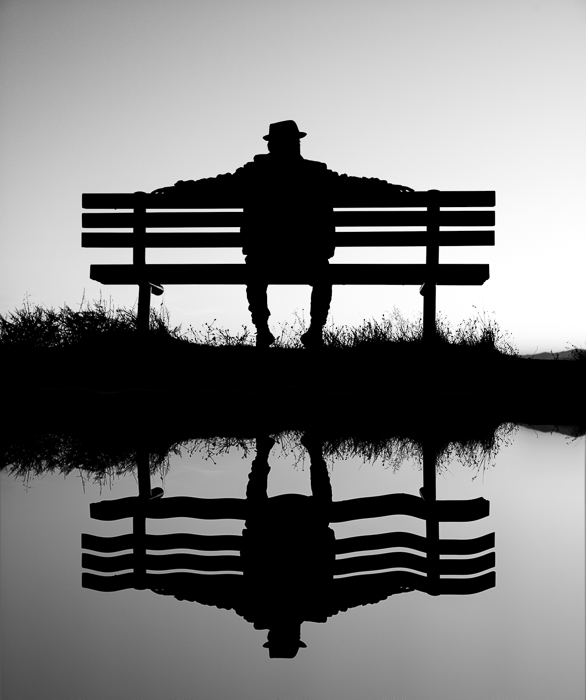 And that’s the final image. It’s decent, but getting there was the enjoyable part. I guess it’s a “journey is the reward” kind of thing.