I drove into San Francisco on a Sunday morning, intending to photograph the Palace of Fine Arts. But as I drove past the Civic Center, San Francisco City Hall caught my attention. It was front-lit by the rising sun at about 8 a.m. and positively glowed. So I changed plans, parked there, and shot the City Hall and environs for an hour or so.

With an orange filter on my monochrome camera, the blue sky turns much darker and the tones of the white building separate strongly from the darker background. There were hardly any people out, so I had to wait for someone to come into the frame. A man walking his light-colored dog was ideal. This was my favorite shot from that morning. 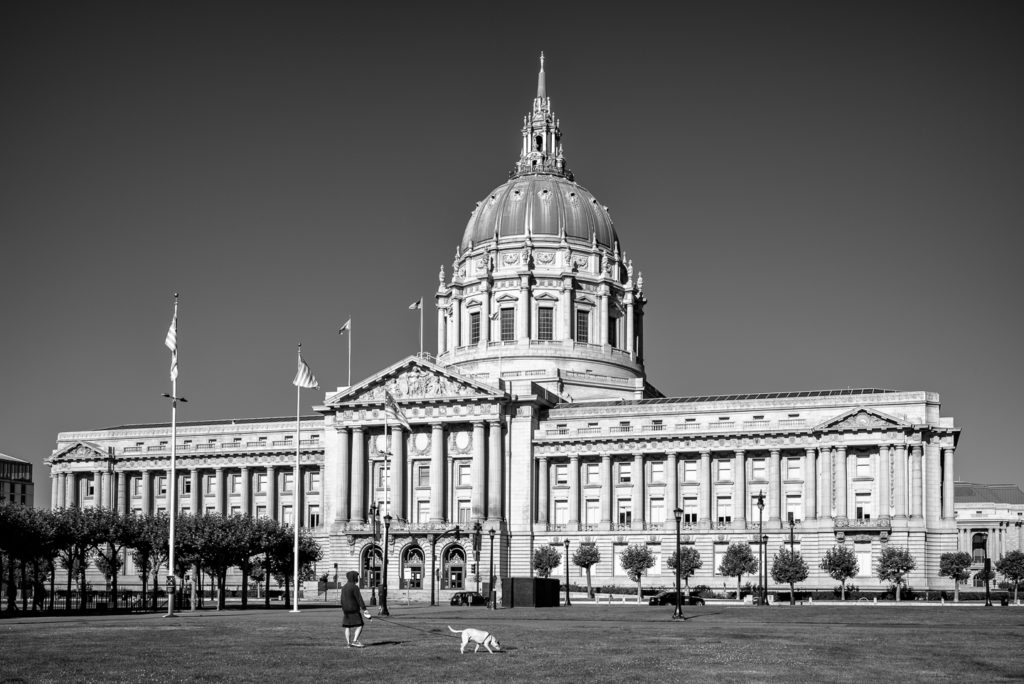 I tried many angles on the building. The one above is from the right. The one below is from the left. It still works, but I prefer the first one. 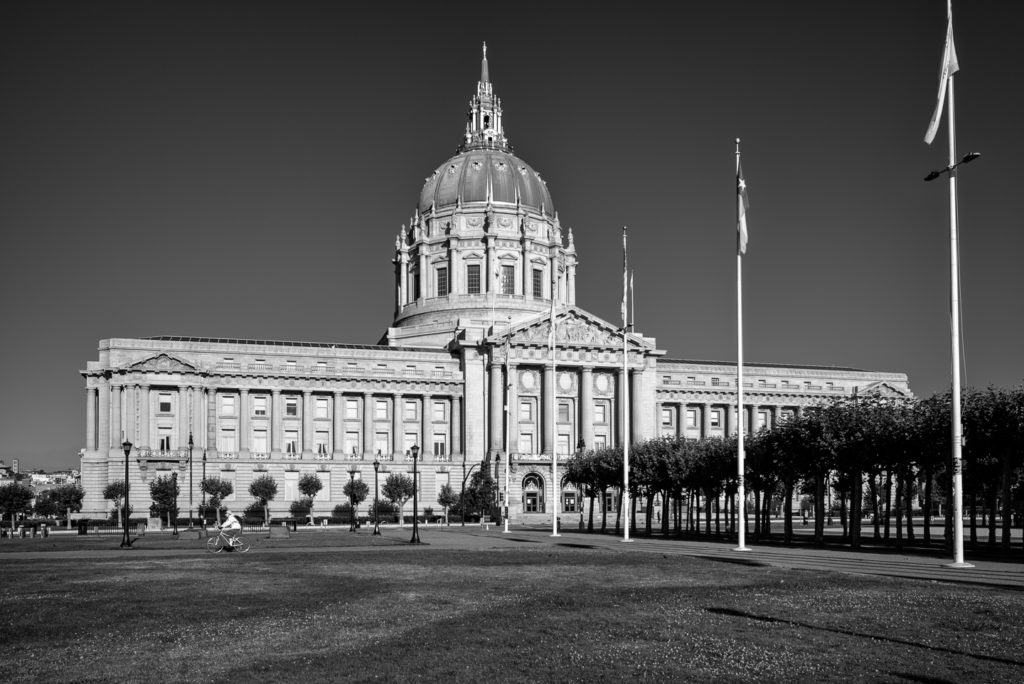 The problem with this one taken from straight ahead is that the sides of the building are obscured by trees. 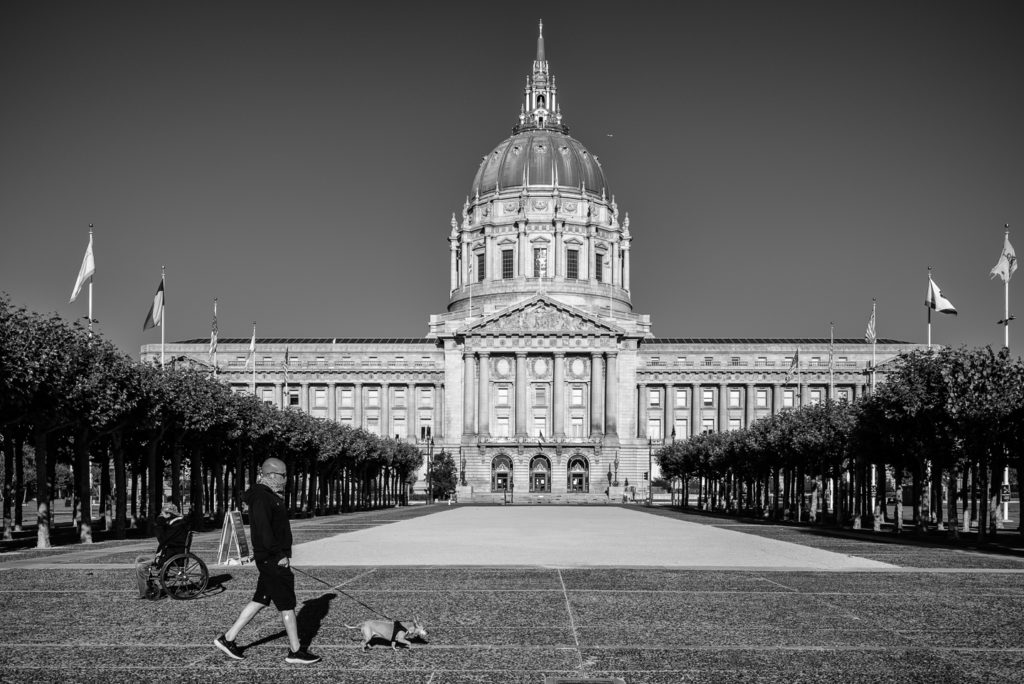 This is the Herbst Theatre, one street over, also lit by the morning sun. Couldn’t resist photographing it, as well. 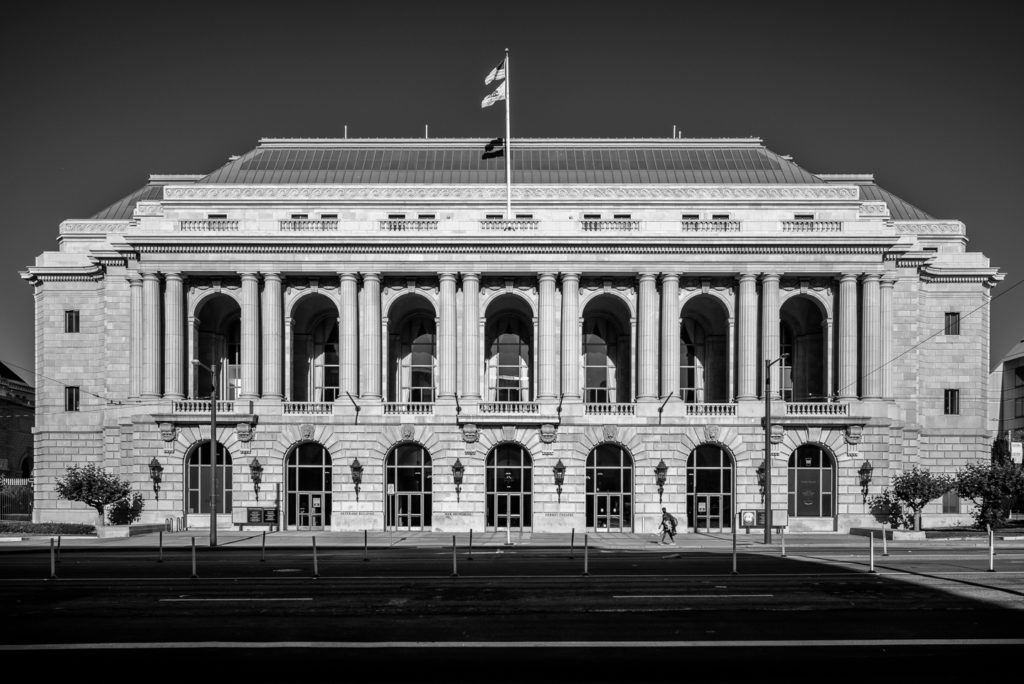 The appeal of these photos for me is the strong contrast as black and whites, and the front-lighting that makes the buildings stand out from a cloudless, dark sky. They are more documentary photos than street photos, but even a successful documentary photo is worth taking.