A Black and White Decision

I read an article by the SF Chronicle outdoors writer a few weeks ago about how full the waterfalls are in Yosemite, so I decided to go. They haven’t been this full in years and may not be again for years. I took a digital camera that shoots only in black and white because Yosemite is such a good subject for that.

With this camera, there’s no color filter array in front of the sensor and no post-processing conversion from color to monochrome, so the images are super-sharp with exceptional grayscale tonality. And it’s a fun camera to shoot.

I looked for black and white compositions, which aren’t hard to find. I shot all those granite monoliths, and they look great in monochrome. Who knew? 😉

But I’m not posting those. Instead, here are some other scenes that I think look better in black and white than in color.

This is Fern Spring. A small scene but very pretty and an excellent B&W subject. 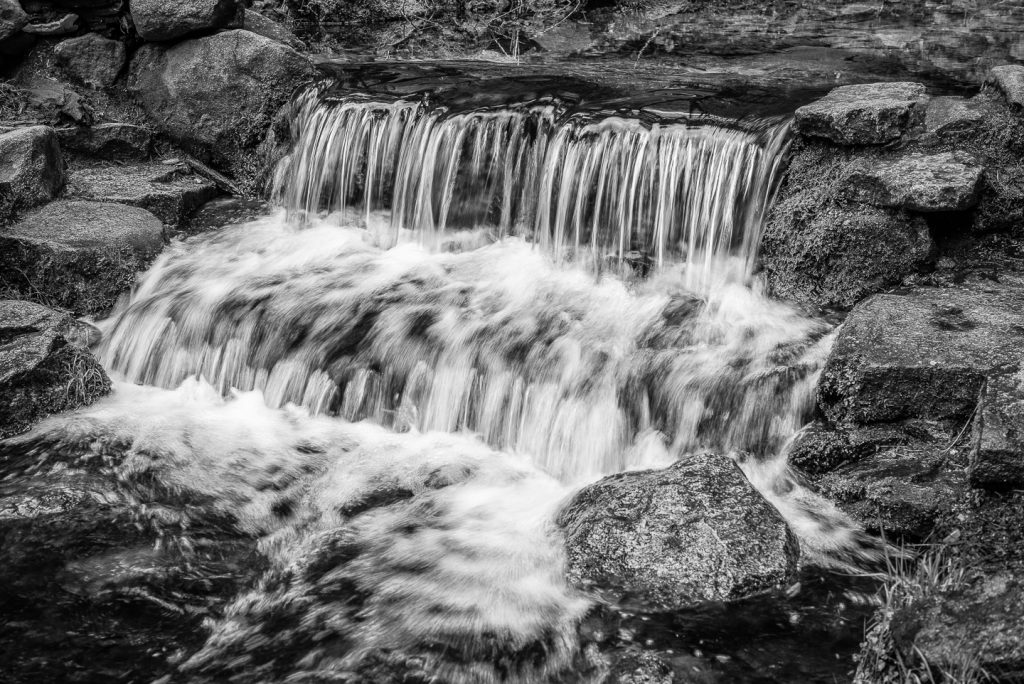 I was standing on Sentinel Bridge early in the morning and the sun would appear and disappear behind clouds. Suddenly it appeared and lit up the scene, including the tree at lower left. 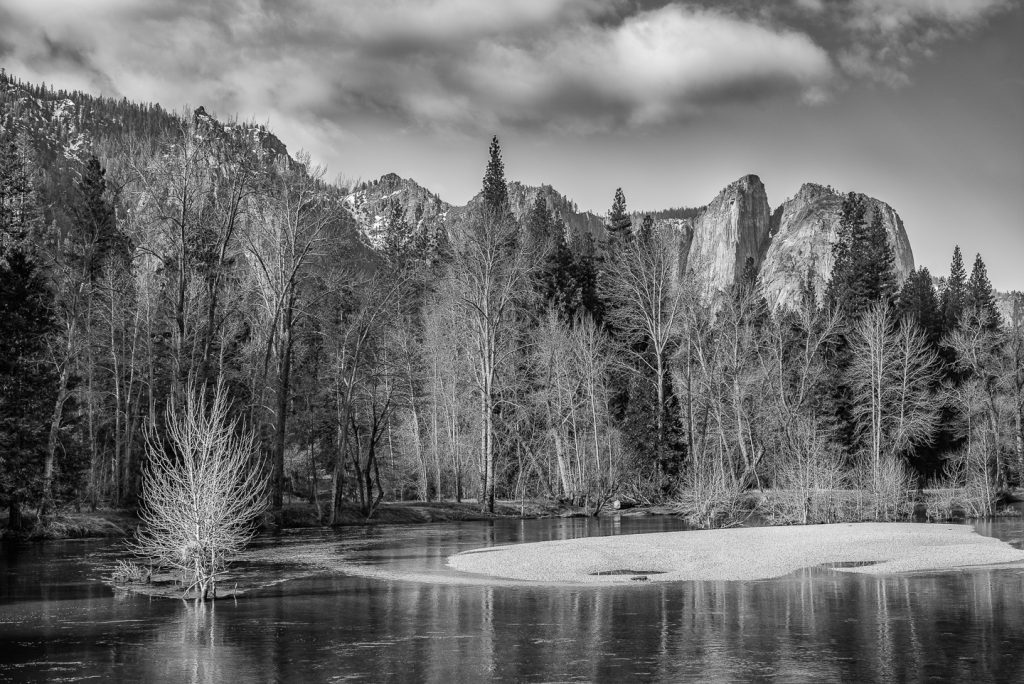 Bridalveil Creek below the falls was loud and dramatic. I also took this early in the morning to get even lighting and avoid the dappled light that makes forest streams hard to photograph. 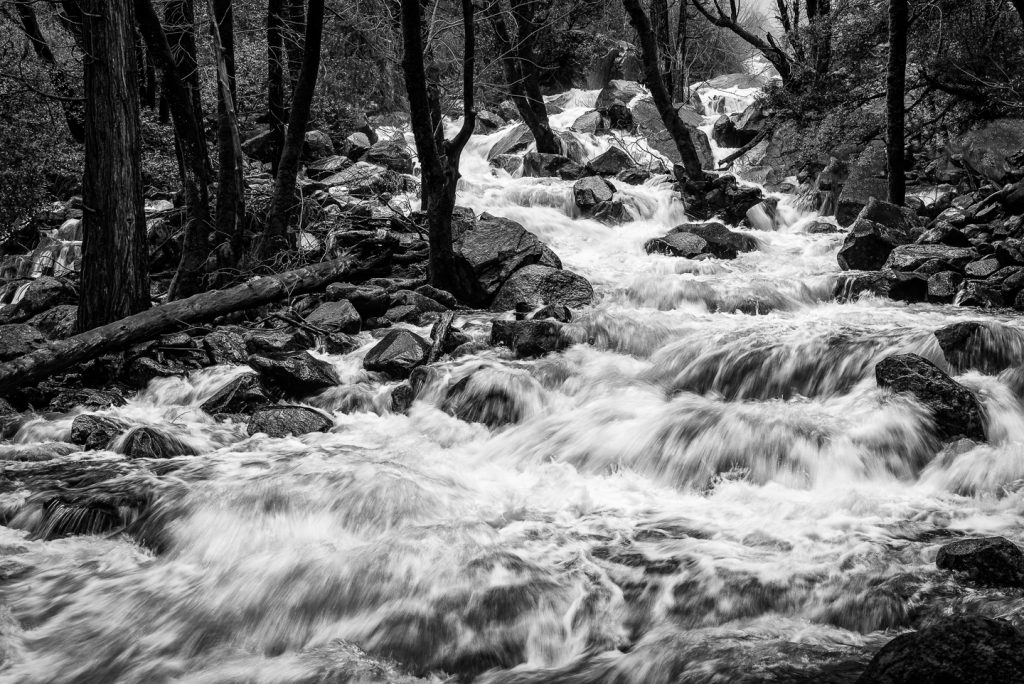 And finally, this is a secret spot almost no one knows about. I found it around sunset and liked it well enough to include this image. I’m not telling anyone else where it is. 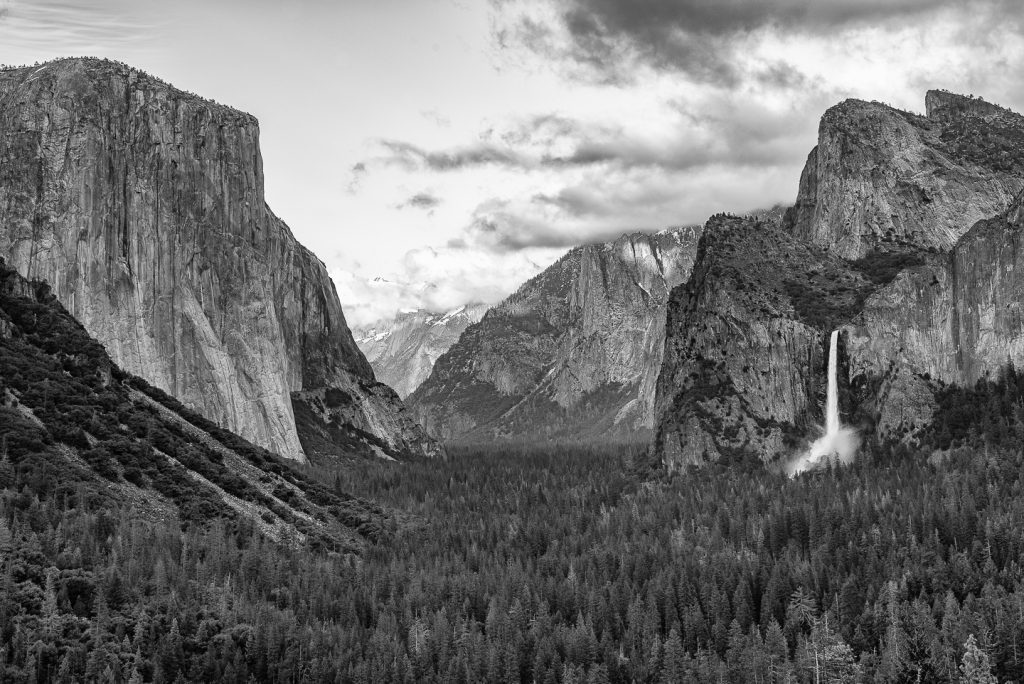